I would prefer term limits that allow someone to run again after say 5 years.

The US is bad enough, but holy shit, Australia and South Korea? Japan, too. So much for the stereotype of east Asian cultures revering their elders… Sheesh.

I would prefer term limits

It would not fix ALL problems in congress / state legislatures, but it would certainly help. We have presidential term limits, why not congressional.

How about two terms for Senators, and six for members of the House. 12 years should be enough to get something done, right?

As for age, maybe limit it to 70. That could allow people past retirement age to bring their concerns to the table, hopefully without dominating the entire group. I also like the idea of monitoring activity, because anyone not doing their job - based on attendance, participation (voting and/or committee work), or contributing to legislation - should be removed, too.

There should be a competency test for all high elected’s - regardless of age - in order for them to be sworn in.

And a 25th amendment type of structure.

12 years should be enough to get something done, right?

I like this idea. I’d add that there should be some kind of added time taking into account the need for more frequent campaigning, though. So, 12 years as a senator means you only had to run/win twice, but 12 in the House means 6 runs, so maybe add on one more term?
This is assuming we’re working with our current insane campaign set up. If we can fix that, shrink it down to a 6 week window or something, get money out of it, etc., it would be different.

Do inexperienced legislators write or introduce poorly written pieces of legislation? If the lobbyists write the legislation, and the fresh faces in the legislature pass it with minimal debate, have things changed for the better?

When I’m Empress we’ll get rid of the Senate & the electoral college.

Yo, when you’re Empress I’ll die of doing the happy dance, and that will be fine!

What is a reasonable term limit for politicians that allows them to get shit done but not dig-in just to hold their jobs?

If we limited re-election campaigns (including fundraising) to the last 6 months before an election, term limits could be feasible in the House. Right now, Representatives spend 99% of their two-year term campaigning. It’s impressive that they get anything done.

I for one welcome our new Kathy overlady…

My first edict will be that you should not allow me to make edicts.

I don’t trust me.

Japan, too. So much for the stereotype of east Asian cultures revering their elders… Sheesh.

I imagine there is likely a correlation between countries with low birth rates and countries with lots of seniors living in poverty. No family to help support you in your later years means more ways to fall through the cracks.

That makes sense. It’s just that stereotype of East Asian culture has really been drummed into our western heads for a long time now.

And lots of us don’t have any kind of family to depend on; regardless of being parents or not.

Absolutely, no one should have to have a family they can depend to live out their final years in dignity but sadly it is often the case that society fails to provide adequate support to those who don’t.

I also like the idea of monitoring activity, because anyone not doing their job - based on attendance, participation (voting and/or committee work), or contributing to legislation - should be removed, too.

There definitely needs to be a recall mechanism for lack of participation. Again, it would also help if Reps weren’t campaigning from day one for their own reelection.

Agreed. It seems like many countries have figured out a way to keep elder poverty low. The fact that the US (and other countries) have not speaks to a serious moral failing on our part.

Whatever marketing genius named these really understood the plight of the elderly. 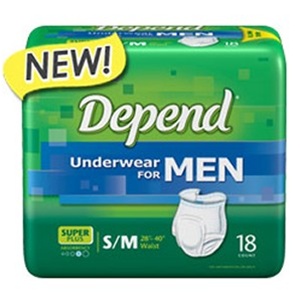 Representatives spend 99% of their two-year term campaigning. It’s impressive that they get anything done.

IKR?!?
And then comparing their track record to the Senate is just