As Uber's stock craters amid billions in unanticipated losses, a hiring freeze on engineers

What’s with all the “companies can’t be criticized because capitalism produces evil by design so what did you expect?” going on in this thread?

Yeah - but unless you subsidize that cheap taxi with an over-generous tip, you are taking advantage of the driver. Yes, he is willingly doing this - you don’t have to even tip. But isn’t your self-respect worth more than a cheap cab ride?

But isn’t your self-respect worth more than a cheap cab ride?

It depends-- where am I stranded, and what hour of the night is it?

This just seems like its “kicking them while they are down” - ism.

With assholes like these, it’s best to kick 'em while they’re down to make sure they don’t get back up.

I just don’t care (to @Papasan 's point). Companies rise, they fall. They do good things, they do bad. Whatever, next product and service up for me to use.

Probably. I do hope that the one good thing that Uber has done in regard to taxis – destroying the sclerotic medallion monopolies – persists. Ideally, in that space we’ll see more driver-owned co-ops using open-source dispatching and payment apps.

There are vehicle for hire with different rules compared to taxis. Unfortunately the advent of Uber made stricter regulations on these services. Besides I have seen taxi coops using two way radios in the '80.
Now they’re also using an app Sei una cooperativa? - Wetaxi

The fact is that a taxi like service is going to be expensive. Because it’s true that two way radios are more expensive than smartphones nowadays but the costs of a car used heavily are quite high.

I hope that public transportation becomes more taxi-like with some easy to use app to ask for a minibus and the option to get last minute lifts, this will also be more sustainable.

I think that the perhaps most dangerous thing about Uber is that it has created expectations in terms of pricing that are unsustainable. It’s also caused problems with the destruction of Taxi services and forced a deregulation of the industry via just plain operating outside of the law.

Before Uber, I thought Taxi drivers were bad, horrible drivers. Now, thanks to Uber, I know that there are levels of hell deeper than I thought.

We really need to have some kind of anti-trust monopoly laws that prevent businesses from following the Walmart / Uber model of coming into an area, disrupting the local businesses by offering goods below the cost of providing the service, then raising prices when they have successfully eliminated the competition. Finding new ways to offer services for less money is good (as long as the people offering the services still make money); but this dump and chump business model should be outlawed. (But what about Amazon? Amazon has always made money by selling products for more than they cost. They lost tons of money because they were investing it into their business and building infrastructure for their business and creating more efficient ways of running the business.)

Companies rise, they fall. They do good things, they do bad. Whatever, next product and service up for me to use.

I agree that consumer choice is a poor way to regulate the ethics of corporations… It’s often very regressive, since only those with means can afford to buy the “ethical” goods. Better to make regulations that ensure better business practices rather than leave it up to individuals at the point of sale.

That said, not sure what your objection to reporting on a hiring freeze at Uber is. It’s good know about the rotting core of a lot of “unicorns,” since until recently there was almost unanimous cheer-leading for the “positive disruption” these “tech companies” bring. Knowing that this time, a deregulating cartel that artificially lowers prices in an attempt to destroy competitors might actually not succeed is a good thing. That there is a schadenfreude involved in the reporting is OK by me.

Yes, they “solved” the medallion “problem” for a couple cities. The other 300 million of us have to live and travel in cities that don’t have a cab service because these assholes put them out of business.

$20 really is the market price. If they kill off their competition by under-pricing them temporarily then they could raise rates to whatever they want. But Uber also has had grand plans for self-driving cars and should that materialize and they not have to pay drivers they could conceivably still price lower than their competition. However I think that is more of a pie in the sky fantasy right now than a business plan. Lacking that, and if their competition does not disappear, then they will run out of money sooner or later.

If they kill off their competition by under-pricing them temporarily then they could raise rates to whatever they want.

That’s the monopolist’s fantasy, but that only works there are barriers to entry for competitors and if people can’t substitute something else for your service. It turns out starting a car sharing company using an app is as easy as Uber made it look, and people can walk, carpool, take public transit, or drive themselves. Achieving a monopoly in a particular place would give them some leeway to price gouge, but I think they’d run out of rope pretty fast in a way that pharmaceutical companies that have massively increased prices have not.

if they stop subsidising rides with shareholder money.

They’ve done that because the labor, regulatory and fleet expenses associated doing this properly are unsustainable and unprofitable at this scale. Even as things stand they vastly under pay divers, and have been stuck in legal quagmires attempting to cram everything through various loopholes in labor and livery regulations under the whole sharing ecconomy fiction.

If they did this properly an Uber ride would be more expensive than existing medallion/street hail cabs. Like standard livery cars and black car services are. And they’d be unable to compete.

The only way these businesses become profitable is if practical driverless cars become available within the next few years. Which is an impossible. Or if they pull from that angle of the market entirely. Reformating themselves as a logistics, payment and payroll service company charging a fee to other incorporated businesses. Whether that business is a single driver or an existing cab company.

They identified a functionality that people wanted, and that helped push this sort of cab service into places without them, and areas underserved by existing transit. But that functionality is the only thing of value here, and rather than building these companies around selling that functionality. They built companies designed to exploit it by end rounding labor, with the base idea being to burn investor money until a more effectively do that.

Koch Bro Inc is going to be soooo disappointed! 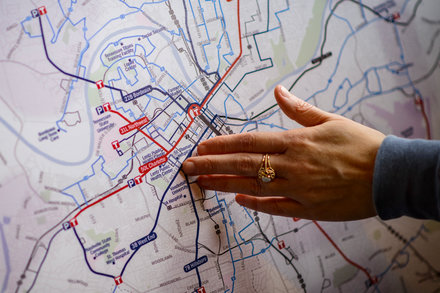 In communities across the country, the billionaire conservatives are waging a sophisticated fight against new rail projects and bus routes.

In another line of attack, he also argues that ride-hailing services like Uber and Lyft are the future of transportation, not buses and trains. “Why would anybody ride transit when they can get a ride at their door within a minute that will drop them off at the door where they want to go?” he said in an interview.

I don’t think even driverless cars would save them. The logistics of traffic flows tend to mean large portions of your fleet are travelling in the same direction with no suitable return trip. Any attempt to bundle the trips requires serving routes more similar to existing public transit at which point they lose a lot of the appeal of a ride hailing app. Even if they somehow snagged all of the important patents on driverless cars they wouldn’t have the manufacturing capacity to corner the market before the patents expired and more experienced manufacturing firms came in and destroyed that market.

I usually tip $1 for rides under $10, and $2 for over that. Sometimes more if the person obviously looks like they need it (kiddo car seat in the trunk, car isn’t pristine, etc…)

Apparently there’s some sort of fulcrum between being smart enough to develop a ridesharing app, and doubling down on one’s own assholery. 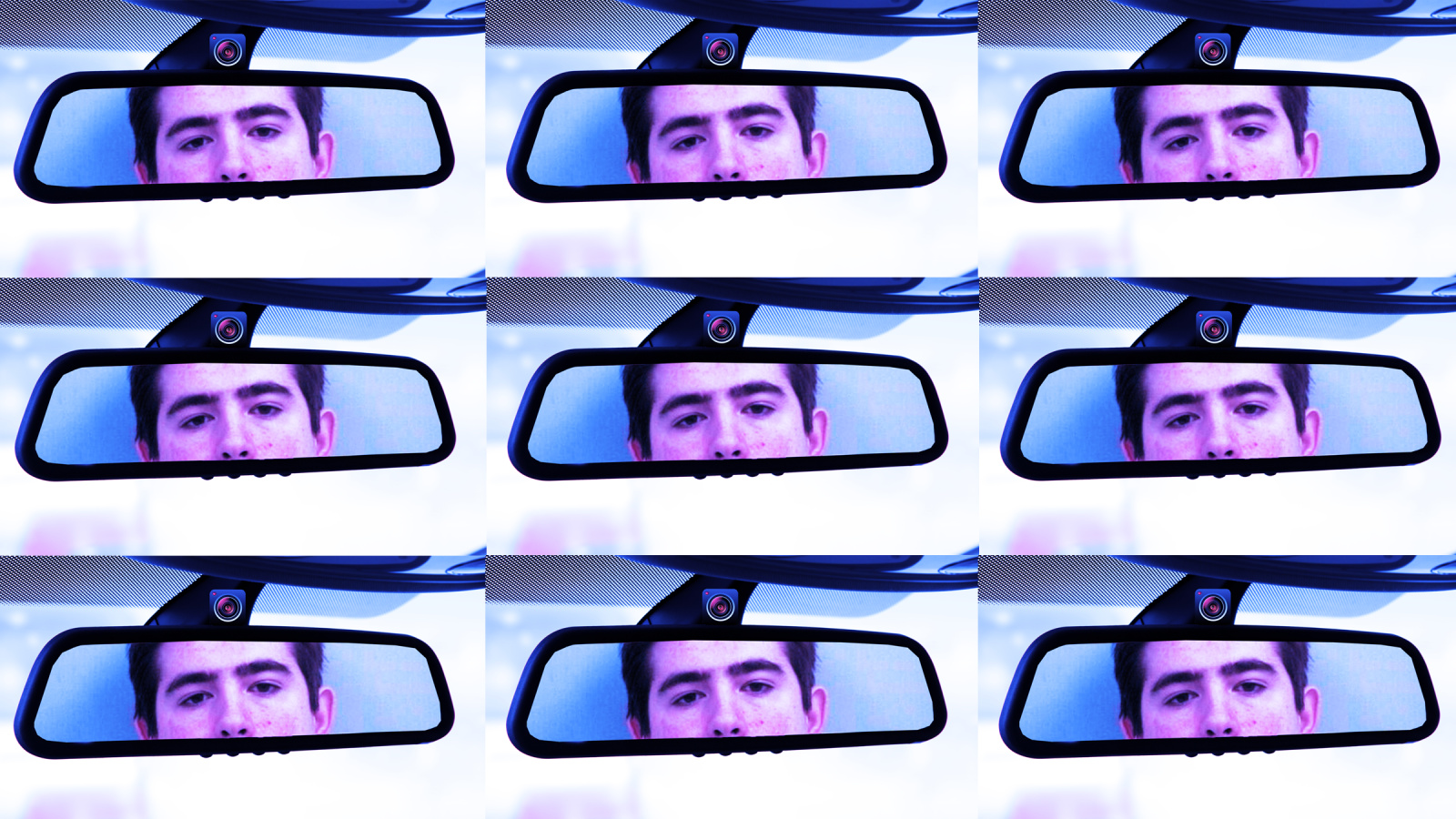 It is not easy to start fresh when a Google search of your name returns hundreds of hits connecting you to a website known for peddling stolen nude photos and extorting women.

They’ve done that because the labor, regulatory and fleet expenses associated doing this properly are unsustainable and unprofitable at this scale.

That brings to mind the other thing that’s been subsidising the business: the drivers themselves, who shoulder the fleet expenses like maintenance, depreciation, and insurance (I believe that Uber tried to establish a company-store style business for them).

It turns out starting a car sharing company using an app is as easy as Uber made it look,

It has always struck me that having most of the physical assets owned by the drivers made it open for replacement by the next great thing is car sharing app. Perhaps the unsustainable nature has stopped this from happening.

This will all be resolved when they implement their self managing company. Then it’s all underpants gnome levels of profit forever and ever!