Well, compared to many we’ve had in politics sense, Quayle is far from the stupidest in the room.

That last sentence is a doozy.

As Dan Quayle might put it, our Constitution cannot tolerate a coupe .

I saw that on CNN. Remember the days of Murphy Brown and potatoe? Things weren’t so simple then, but damn.

Come on Cap Police et al, you’ll have a bunch of domestic terrorists in one place, round ‘em up and toss them into prison.

Nor can it tolerate a sedan?

My gast is flabbered that Dan Quayle illiteracy jokes could possibly be relevant in 2021, but here we are, in the dumbest possible timeline.

Well, compared to many we’ve had in politics sense

Can’t believe no one made note of this. Today, I’m not certain if this was a deliberate joke, bad typing combined with AutoCorrect, or simply the results of extreme exhaustion.

Roger Stone via the RT by way of Mediaite…

“I don’t know a single person in the MAGA movement who’s going,” he said on Russia Today. “It’s a setup.”

Remember the days of Murphy Brown

John Pierce Is Back, Baby, And, Uhhh, Colorful As Ever

And how dare you cast aspersions on his law clerk!

I’m thinking here is the best place to post this newly revealed craziness:

Milley took extraordinary action, and called a secret meeting in his Pentagon office on January 8 to review the process for military action, including launching nuclear weapons. Speaking to senior military officials in charge of the National Military Command Center, the Pentagon’s war room, Milley instructed them not to take orders from anyone unless he was involved.

“No matter what you are told, you do the procedure. You do the process. And I’m part of that procedure,” Milley told the officers, according to the book. He then went around the room, looked each officer in the eye, and asked them to verbally confirm they understood.

lots more stuff in the link I’m not going to quote the whole thing!

here we are, in the dumbest possible timeline.

Roger Stone via the RT

With the laziest possible writers.

has this been mentioned?

A friend tipped off the FBI, citing concerns about the officers' enthusiasm for Trump's election conspiracies

I an not a Happy Camper! 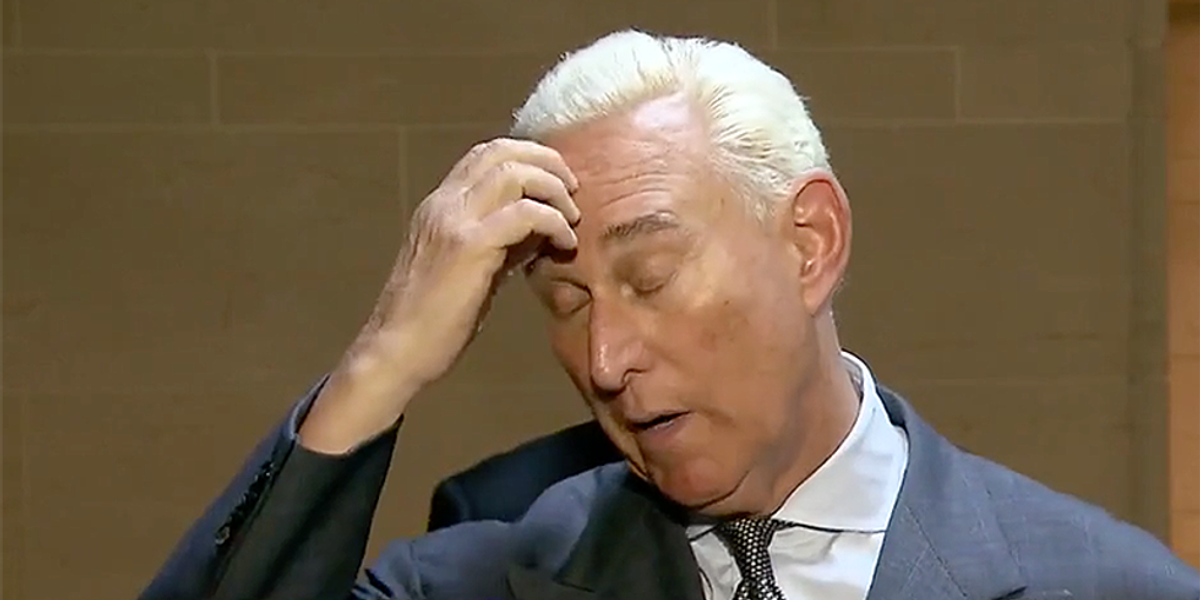 Roger Stone interrupted during radio interview to get served papers for...

Notorious GOP dirty-trickster and longtime Trump adviser Roger Stone had a radio interview interrupted by a process server.Audio of the event was posted to Twitter by former federal prosecutor Ron Filipkowski."While Roger Stone was live on the air...

Users in extreme far-right Facebook groups and extremist forums are largely steering users away from an upcoming rally, claiming it could be a "false flag."

Listen up guys. Those “Audits” are false flags too.

False flags all the way down- your best option is not to do anything.

Trump Fears Rally for Rioters Is ‘Setup’ Designed to Harm Him, Says Report

Capitol Police are on high alert ahead of the planned rally in support of Jan. 6 defendants.

If only we could find a way to use all that paranoia for the greater good.