Badass Dragons of the Wasteland - Final Round 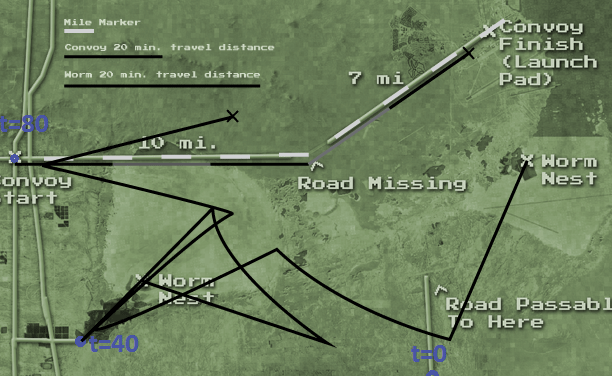 I said my goodbyes to Junior and Lemmy. 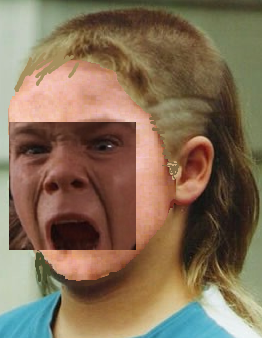 The moment was a bit fraught. But hey, a kid’s gotta grow up sometime. 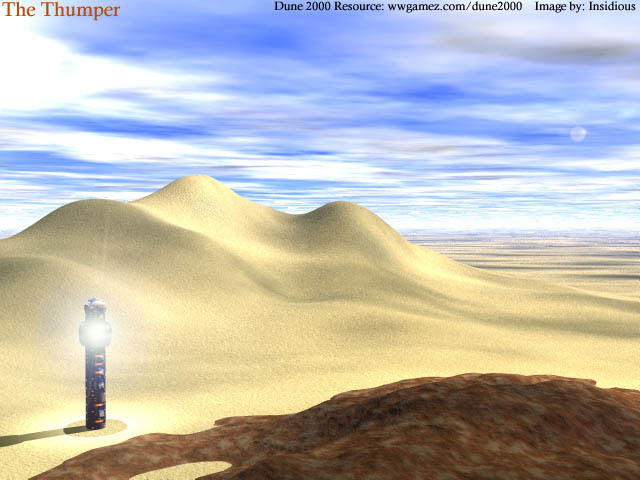 De’Ath reported in first. “Thumper Two in place. Standing by to activate.”

“Confirmed, four-zero minutes. Hey, don’t know about yours, but this thumper has a second switch here. Two settings: current setting is one hertz, other is two hertz.”

Cougar glanced at Fred-Stretch. “Switch to 2Hz,” said the old robot. “Pulses at 1Hz sound like food on the hoof to the worms. Pulses at 2Hz sound like injured food. They’ll travel underground to sneak up on uninjured food, but they surface to scare away scavengers if they think their food is injured. We want them aboveground so we can see 'em coming.”

“Copy that,” yelled Balthar over the gyro’s blades. “Resetting to 2Hz and preparing to deploy Thumper One on my mark.” 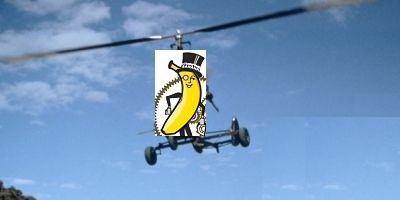 Cougar set Thumper Three to 2Hz and an 80-minute delay and responded, “Standing by.”

All three timers were activated. Balthar’s thumper immediately began pulsing a gut-punching beat twice a second into the hard-packed sandy soil. He pulled out Bruce’s spyglass and gazed northeast. 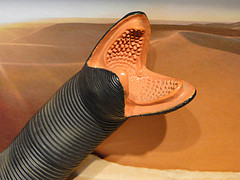 “They’re on the move. Heading back to you now.”

“Er… my timer seems to be ganked. I’m going to have to trigger manually,” said De’Ath.

“Damn” breathed Cougar. “All right, everyone saddle up. Let’s haul this load down the home stretch. Don’t slow down for anything.”

Junior and Lemmy headed north. The rest of the convoy headed due east.

And the sandworms slithered toward a long-awaited breakfast. After twenty minutes, the first thumper fell silent. The sandworms didn’t slow, logically figuring their prey was more likely to have stopped moving than to have winked out of existence. But after a few seconds, a new subsonic rumble pierced their consciousness… not the regular slow beat of bipedal food, but more of a sustained rumble, like that of a herd of lunches. The crawler didn’t exactly have a stealth mode. Both groups of worms swung their attention to the northwest, where the convoy crawled agonizingly slowly down the road.

After a few minutes, the huge worms became visible from the road. “I hope De’Ath knows what he’s doing,” I muttered.

Right on cue, just when it seemed as though the sightless worms couldn’t help but smell us, a skullsplitting percussive beat began pounding from the southwest. The largest worms turned immediately, and most of their smaller brethren joined them. On their northern flank, however, a few happened to be near enough to us, and somewhat shielded from the sound of the thumper by the enormous mass of the largest worms between them and the source of the beat, that they continued on their way toward us.

We engaged the worms with all our firepower, while Balthar harried them from above. It was very exciting. 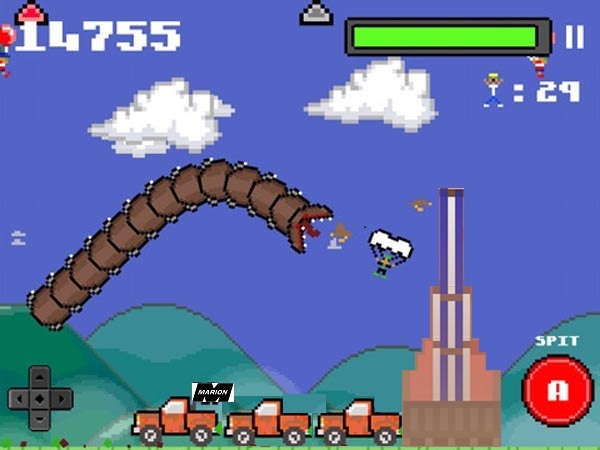 We’d just exploded the last of the small worms, and as the curls of smoke wafted from our now-silent gun barrels, we realized the second thumper had stopped.

And the paved road had ended. 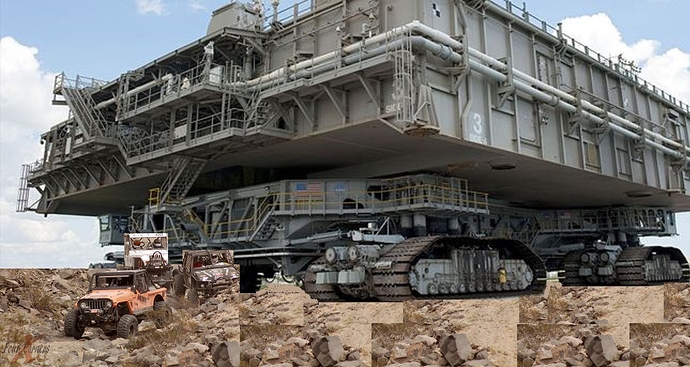 I had a feeling this was going to throw us off our pace a bit.

So, let’s sink another drink
cuz it will give me time to think

Just touching up one last illustration with Chris. Man, that guy does hilarious and amazing work!

De’Ath’s calculations were solid, and by rights we should have pulled into Edwards with a healthy 20-minute lead on the worms to load our passengers and baggage onto the Ark in a leisurely way. But the condition of the road meant we arrived with smaller worms nipping at our tailpipes and the larger worms barely five minutes behind us. We cut a carload of Lamplighters loose as soon as the tower hove into view so they could haul ass over to it and start scrambling up the stairs to the summit. They were waiting at the top just as Marion parked herself with uncanny precision in perfect alignment with the tower, and as soon as Stark’s launch code was typed into the keypad, the Ark’s hatch opened and the Martians-to-be filed inside. They immediately began throwing out all the protective film, shrinkwrap, and styrofoam packing material from the consoles in the cockpit, and young MacReady had the honor of christening the Ark’s SHITGO throne by virtue of being the kid most likely to soil the flight deck if he didn’t get let into the head first.

Channing and De’Ath ran breathlessly up the stairs, a kid tucked under each arm. “Time to go!” hollered Channing as the Ark rocked with a hollow-sounding BONG!!! I sneaked a glance outside in time to see a worm apparently trying to mate with the Ark.

Clank and Balthar pulled up outside the launch bunker and dove inside. The Major’s new 911 pulled up right behind them, and the Major paused before following them, narrowing his eyes at the approaching mass of worms. “Oh, bloody hell.”

Balthar bellowed, “Get in here! Don’t be a fool!”

“I’ve got less than twenty miles on her!”

Jane shoved the Major into the bunker as she passed, slamming the door shut. 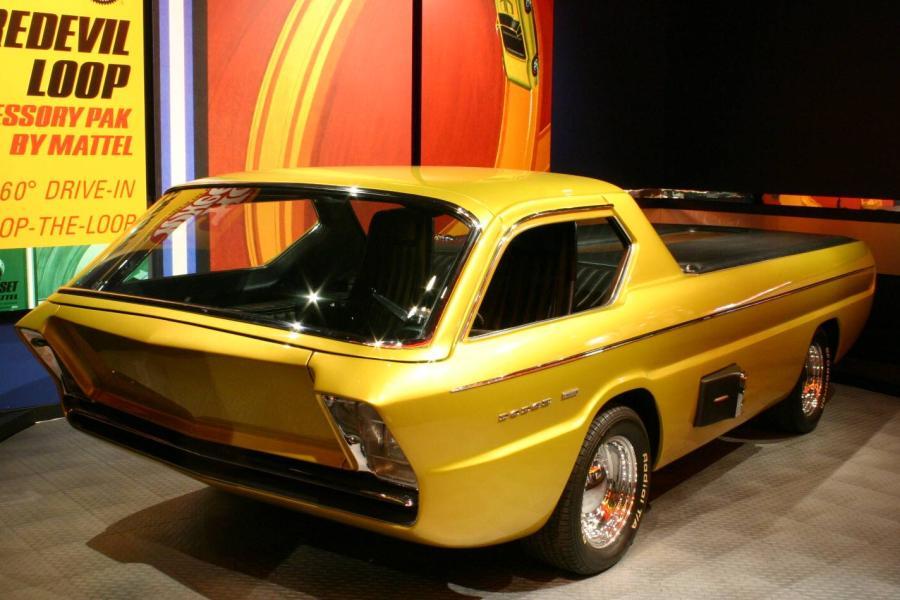 “Marion, are you installed and prepped for transit?” 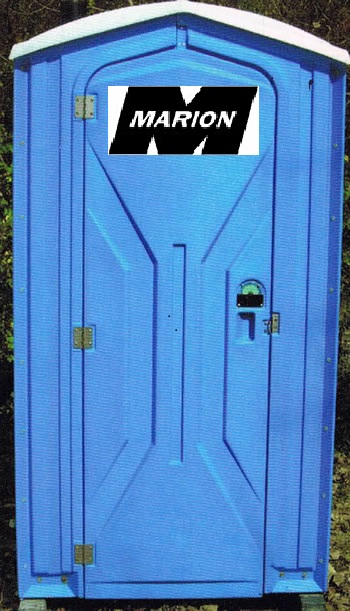 “Affirmative. You are relieved. Godspeed, and may the Craftsman honor all your warranties, express or implied.”

Clank smiled. “Keep the shiny side up, lady.”

Then, in unison, Marion and Clank shouted "FREEZE!!"

Everyone froze where they were. The kids sat silently buckled into their seats. Nobody made a sound.

And five miles to the north, the E.A.R.A.C.H.E. fired one last time. 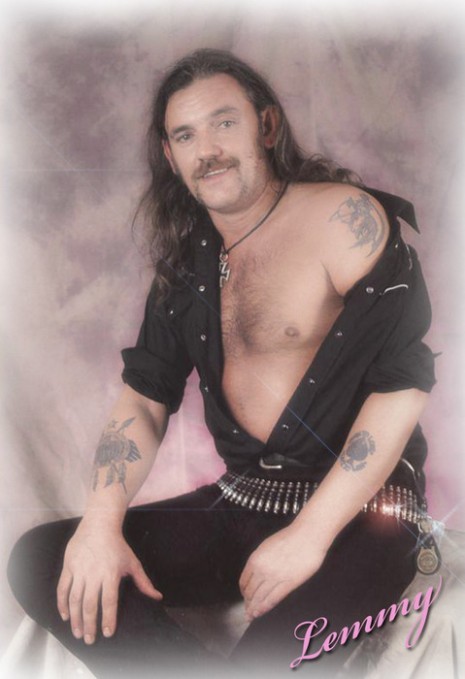 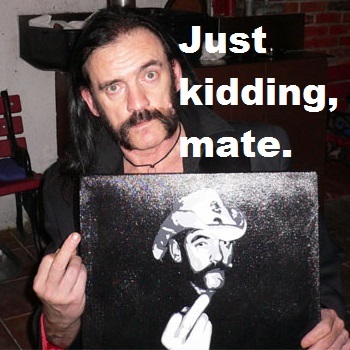 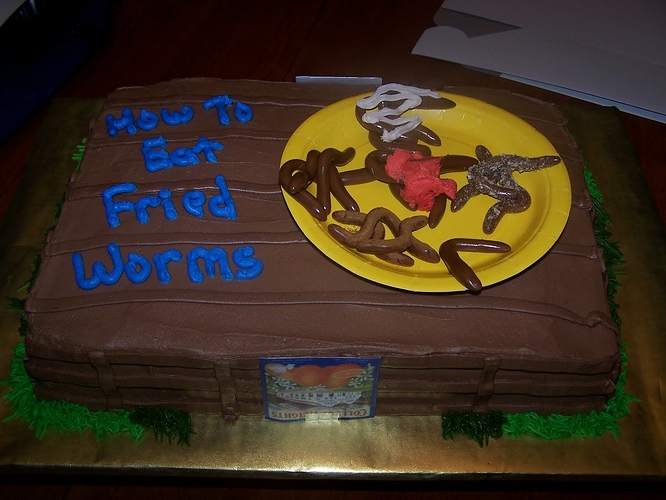 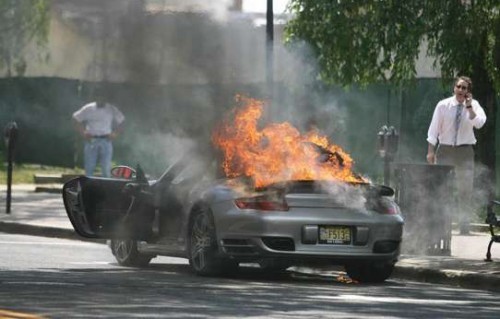 Nah, Major, the worms are fried, but your ride is okay. 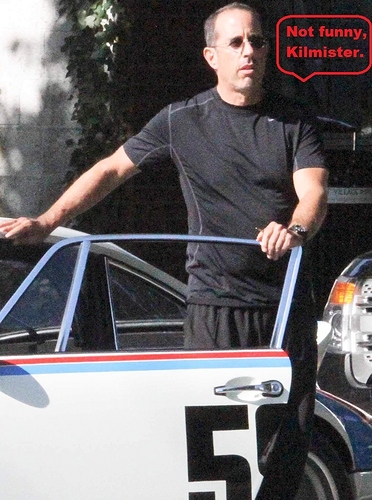 The Earthlings left behind peered upward past the charred worms. 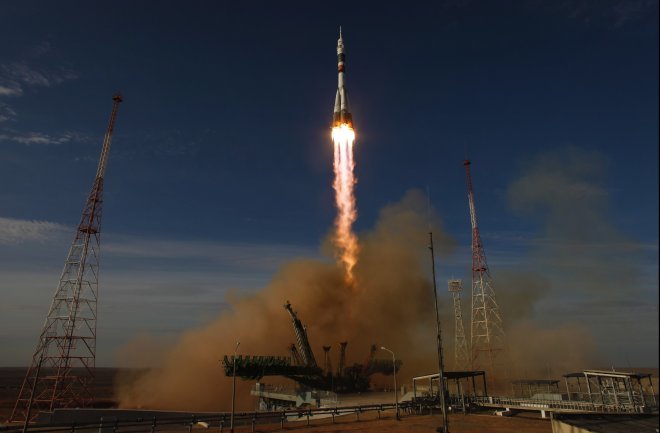 “In the roar of an engine, he lost everything. And became a shell of a man, a burnt out, desolate man, a man haunted by the demons of his past, a man who wandered out into the wasteland. And it was here, in this blighted place, that he learned to live again…”

“Quiet, Balthar, don’t get all maudlin. Anyone seen Jane?” 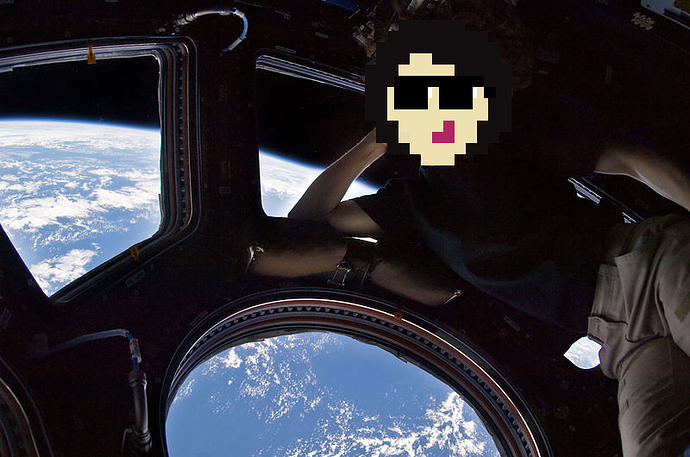 Right. Time for a kip. How long till we reach Mars? 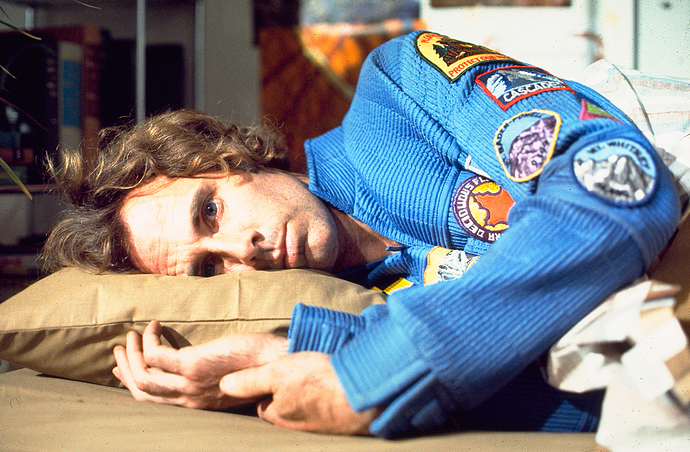 How long till we reach Mars?

Hey, epilogues are up to you guys. 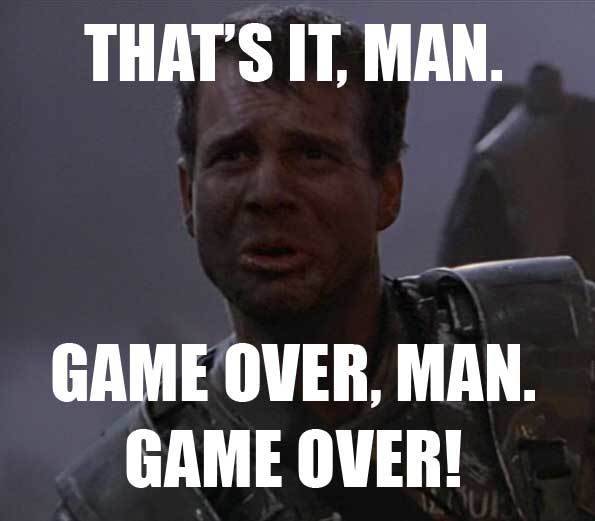 Huh. remember when I announced this thing, some 294 days ago?

I may have underestimated its length a bit.

If you guys had one quarter of the fun that I did (which may be over-optimistic), then a splendid time was had by all.

Anyway. Thank you for everything, not least of which your monumental patience. I am definitely not cut out for doing something this ambitious on anything like a predictable schedule. But I can’t wait to play with you guys again, when someone more competent takes the reins.

And buckets of undying gratitude to @JonasEggeater for his spreadsheet wizardry and late-night game counsel, and especially to @penguinchris for his hugely entertaining art and dogged determination to help me drag this goddamned thing all the way home to Mars. I couldn’t have done anything remotely like it without them. Whatever success we achieved should be credited to those guys, truly.

That said, I wouldn’t have wanted to finish this thing were it not for you players, especially the long-haulers who got us all the way there. You guys are Fucking Hilarious, and I’ll personally run over anyone who suggests otherwise.

OOC: calling out of work, just gunna watch this all day

I would be remiss if I didn’t offer my hearty thanks to all of you.

Wasn’t quite what I expected, but it was a lot of fun.

Especial thanks to @funruly for driving so much of the player interactions.

And I look forward to seeing what he pulls out next in the realm of Badassery, whenever time and circumstances permit! And I also offer my most abject apologies for hogging all the time and attention for nine months when by now we should have played and finished half-a-dozen other games… funruly’s been graciously waiting for me to get my cracked ass out of the way before introducing a game concept of his own. Graciously waiting since, like, February.

I owe him (and you all) bigtime.

And I look forward to seeing what he pulls out next in the realm of Badassery, whenever time and circumstances permit!

Isn’t @patrace planning another game too? Or was, until we hijacked his thread on it to carry on with this one

I believe he is… I think he mentioned it would be taking place this winter.

Maybe @funruly has time to squeeze in beforehand…? We got six weeks…

(I am selfish, I am greedy, I want more of this stuff, but I want it from people who can do it right!)

Edit: that means both of those guys, of course. Just not chuckleheads like me.

That was a nice bloody car. What the hell am I doing in a flying tin can?! Asaf!!!

Maybe @funruly has time to squeeze in beforehand…? We got six weeks…

Nah. @patrace has next. He’s already called it, and he’s the godfather.

I call dibs on following with something Spring-ish.

Hey, you’re in the bunker with Balthar. Your sweet Teutonic ride is right outside.

For about 5 minutes, Jane was going to stay behind to finish her book, and I had her yanking you inside the bunker. Then when Chris decided she’d probably choose to go to Mars, I had her shove you inside on her way to the ladder.

her shove you inside on her way to the ladder.

Thanks. This feeds right into my Jane/Cougar slashfic.

Especial thanks to @funruly for driving so much of the player interactions.

Badass Dragons of the Wasteland - Round 2

I guess Junior (@funruly) is playing Patroclus to my Achilles.