The deck is unripped, unstacked, all better. …Except for the damage from the Space Pirates.

The Entropy is one lucky bastard.
I think I know who is buy the next round of drinks…

NO DAMAGE, full money, and the second highest EN in the fleet! That Space Beeswax must really be something!

Does this mean a round of FREE POLLEN for everyone?

Royal Jello shots for everyone!

A pamphlet is glued to the door of your ship. They used that extra gooey paste and it smells worse than Duck’s soup.

Frontier Times
Letter to the Editor

The Unizone Corporation is not here for the maximum benefit of the citizens of Charybdis, they are here to make a profit and to further consolidate their power. This much is obvious! It’s practically written in their mission statement!

What I can not understand is why we, the proud people of Charybdis, would allow a multi-galactic shipping company to monopolize our markets and export our wealth. We won our independence only to turn around and hand it off to Unizone.

The paste is not coming off. Oh well, that’s what asteroids are for. Back to work.

Unizone is proud to announce the parts for partners program. This week’s epic-mega-deal is on the Unizone Communications Enhancement Software Kit.

Buy now, pay later! Carry up to b50 in Unizone debt!

Note: You may buy any of these in multiples. HP can never exceed maxHP.

Mission 1 – To the Chase
Due to the rural nature of the galaxy, it’s often quite difficult to get cargo to directly in the hands of recipients. Unizone Corporation requests your help in tracking down some more elusive clients. Bring the galaxy a little closer by finding Cutter S. Squamata and delivering a special package.

Mission Cost: b15 (Unizone credit available for b18 payback)
Restrictions: This mission is open to any ship.
Rewards if Successful: b100 split among participating/surviving captains.
Risks: 2 x Asteroids (3-7 HP based on SH & EN), 15% Chance of delivery failure.

Mission 2 – To the Bone
Archeologists have discovered a large, claw shaped temple in Caramede and need supplies delivered so they can uncover it. It doesn’t pay much but there might be a chance to pop over to the moon of Benemede while you’re in the system.

Mission 3 – To the Front
Unizone would like a security detail to escort a high-level executive from the galactic front into the local mining district. The job requires training with weaponry and skill with stealth.

Mission 4 – To the Heart
At the heart of Charybdis lies the ocean planet of Althorp. Pick up and deliver as many sand fish as you can carry.

@codinghorror Please close this thread at 10am AKST (11am PST) Friday, March 6th. 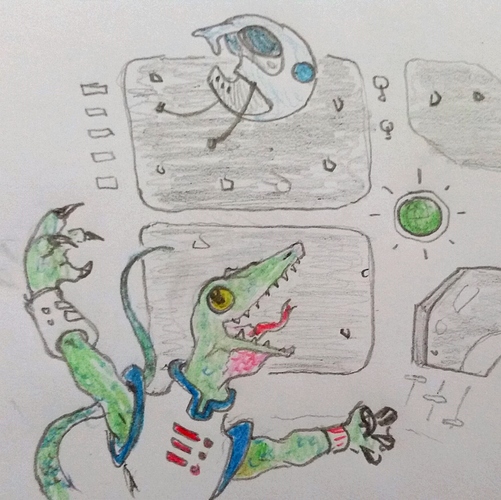 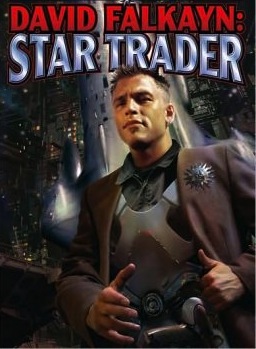 Everyone came back from their missions alive, almost everyone turned a profit, and some folks had a helluva lot of fun. Well Done.

Some comments on today’s missions

Mission 1 Cheap, low damage mission. However, the payoff depends on how many take this mission. If five or more sign up, this mission will have negative return. Additionally, I personally abhor this mission: Mr Squamata is as entitled to his opinion as any other Charybdian. Remember: in Charybdis, Karma can be a queen bee riding a dolphin on speed.

Mission 2 Probably a positive return mission, if you can afford it. Honeywine had the reputation of bringing luck (LK) to ships that carry it. The libations from Benemede are among the best in the Charybdis. I home someone makes the trip.

Mission 3 Nice work if you can get it: currently only six do. This is a low damage mission with a great payout. May be worth going into debt to buy the blasters to qualify for the mission.

Mission 4 Who the hell knows. But expect to take at least 40 damage.

As always, I welcome all comments, contributions, and contradictions on the mission analysis.

Self-Interested Cooperation is the Basis for All Success

Expect to take at least 40 damage.

I.e.at current rate of repairs, don’t bother unless you can clear 80 in profit.

Are there any union mechanics around here?

NO DAMAGE, full money, and the second highest EN in the fleet!

I guess that’s one way of looking at.

Me, I was all stuck on the “not the highest EN in the fleet” rating.

Me poor ship, he’s been all bent out of sorts, but, maybe if I pass along your kind words…

YES! The ego of a honeycomb is not to be ignored, and he’s rotated himself into a new configuration: 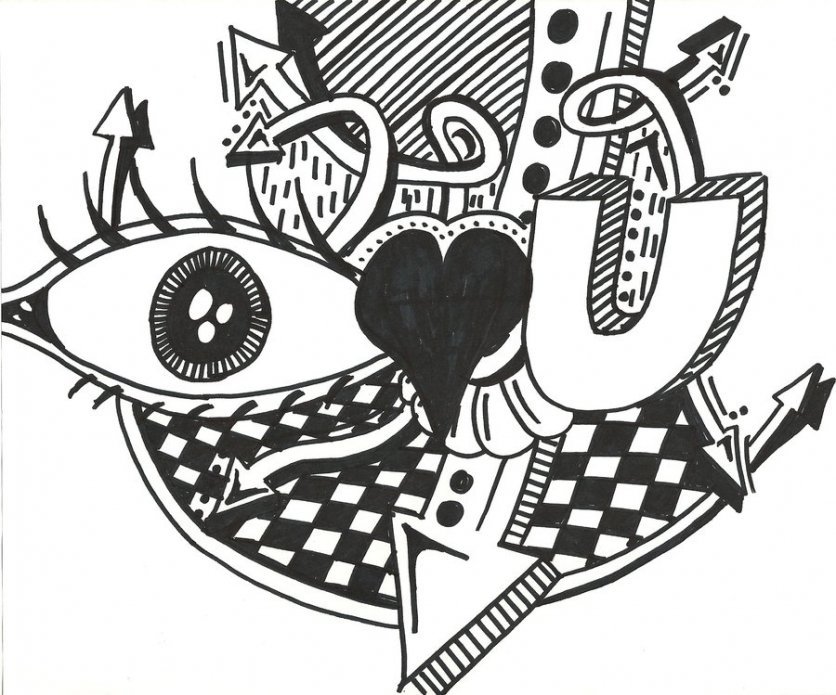 Duck, I say, Duck! A round of pollen, or your best smoke, for the gentlebeings. And moosies. And maybe something for the clanks.

I assume that this can be purchased even if one already purchased the Unizone Communications Enhancement Software Kit(+5 EN) in round 1.

Dear Valued Partner,
A Unizone customer service agent is looking into your claim, please stand by.

I just hit play on the hold music. Wonder how this will go… and where is the loop video button?

I’ll be at the iron mine, mining iron.

Your case has been marked as resolved. If you need anything else, please feel free to contact our holodesk support team or download our free artificial assistant software.

Please remember to fill out our customer satisfaction survey, your feedback is important.

Excellent! I’d only gotten through two rounds of the amazing hold music - that was quick! But I guess bits are a specialty at Unizone!

Nothing quite like spending today to prepare for tomorrow. Now that my credit situation is all sorted out, I’m going shopping! I’ll be heading To the Front in my lucky rocket ship, so I’ll definitely need to get aggressive. Unizone Shield Boosters, Communications Enhancement Software Kit, and a set of Unizone Blasters ought to come in handy, if not today, then tomorrow. The MDDT seems to have gotten a couple of new holes, but I can really only afford to patch one. Let’s see, should I patch the big hole, or the little hole next to the main oxygen tanks? One Hull Whole Hole Filler to keep those life support systems safe please.

Total cost of b70, taken from b28.2 puts me in a sizeable pit. Plus I’ll owe an extra b10 for borrowing on the mission. I’m gonna NEED that tip! (If Unizone credit calculates me to be 51.8 in the hole then I’ll have to forego the repairs or rely on a few b credit from a generous captain - there are generous captains out there, I hope?)

“No way Unizone will let me die owing them this much…”

The Captain turns over all his purchases to his Chief Engineer.
“Pontifex! Can you get all this stuff installed before the next mission?”

The Engineer nods, arms full of gear, “The simplest way to plan ahead is merely to be ready for everything”, eh Boss?

“You betcha, pal. I’m heading back over to Duck’s to see if there’s any Tennessee Galaxy Ernie Ford on the jukebot. Don’t wait up for me.”

“That’s my boy. I’ll bring you some dinner and help wrap things up if needed.”

I completed the survey. I hope it enables you to do your job better.

I’m not doing anyone’s dirty work, so Mission 1 is right out. Mission 2 is expensive with a crappy payout and way too much potential damage, and Mission 4’ll probably kill me, with another craptastic payout.

Sadly, my POS ship isn’t good enough for Mission 3, so into the red we go.

Leaves me 34.8 in the hole, and the ship’s falling apart - and was a junker to start with. Ho hum.

Now 44.8 in the hole. Luckily the mission pays 45. It’s almost poetic in its not-quite symmetry. Hope there’s something free next time out and there are student mechanics who’ll work on the Moral Flexibility for free.

How much can I get at the Inflatable Pub for 0.2? @awjt

I’ll take one of these newfangled Blasters and the training holotape. If you don’t have it on holotape, I’ll have to buy the actual manual as I don’t have a holodisk player onboard. Also I need a patch for the screen door on my ship and eight cases of Velveeta Singles.

Mission 3 – To the Front

Now I’d better get busy in the galley cooking up some toaster oven pizzas for that “high level executive”. If this ship ain’t classed up by that, I don’t know how I’m gotta get that extravagant tip. 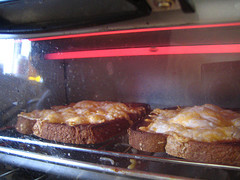