There’s even a huge resurgence of vinyl records for crying out loud.

something tells me you were not really around for the time when vinyl was actually big, or are wilfully forgetting it. the current indie-dance-chic of vinyl is but a tiny blip in an ocean of dead when it comes to vinyl-as-medium. a resurgence? perhaps. “huge” … i think not.

It’s bigger in relation to CD sales, but getting proportionally smaller as more streaming happens.

This is sad as hell.

So many important moments of my life have been centered around New York bookstores.

The first time I kissed a boy was in the basement of a midtown bookstore.

The first time my boyfriend and I met IRL (we met online), we decided to meet at the Barnes & Noble in Union Square - a safe, comforting space for both of us.

And, of course, my parents met when they were both employees of a now-defunct chain bookstore called Bookmasters, in 1968.

Bookstores are basically the basis of my entire life.

I’m still waiting for scrolls to make a comeback. After all, if the response to e-music is a return to vinyl, wouldn’t that be the analogous response to e-books?

I realize “this is inevitable” and “change is the only constant” and blah blah blah. Still, human beings actually have the power to shape some of their future, which they ironically willingly give up with defeatist attitudes such as those. We could, actually, all willingly choose to not let any of this shit happen by patronizing bookstores, avoiding amazon, etc. But we don’t, and we probably won’t, and have no one to blame but ourselves (partially- the other part is the fucking Bloomberg politicians who sell this city out constantly.)

It is sad, but it also means that New York City will give up their long-held crown as the capital of culture to smaller, cheaper, cooler cities in the near future. And good for them, but it’s too bad for me. I moved here 12 years ago and would love to stay here, but I’m not really interested in living with a bunch of rich people around me while all my friends have taken off.

I don’t think books will ever die, but they will remain a small, marginalized niche, with occasional popular comebacks when hipsters realize what they’ve been missing by holding an actual, physical object in hand, similar to what’s happened with records.

This is actually what I’ve been doing over the past two years since I read that Mother Jones article on how poorly warehouse employees were treated by amazon-like companies. Supporting local businesses that have an incentive to keep their money in the neighborhood instead of large coffers someplace else has made me more conscious of what I’m actually buying and if I actually need it or not. 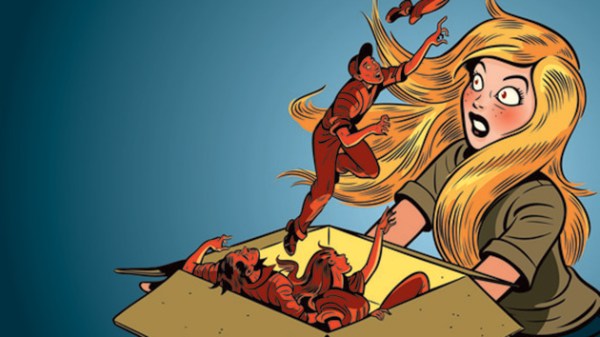 I Was a Warehouse Wage Slave

The sad fact is that the rich don’t read. They get information précis and executive summaries which digest all the information and regurgitate all of the content in bite sized morsels straight into their mouths like peeping chicks.

Obviously, this is Google’s fault.

I’m in my 50s, so I was definately around when vinyl was pretty much the only game in town. When talking about the size of a resurgence, I’m not comparing current levels to what they were at they were at their height, but what they were at their lowest. Compared to technologies that have actually completely died out, like Betamax, I would call the ever-growing resurgence of vinyl “huge”. I would also say that resurgence is growing beyond “indie-dance chic”. Indeed, vinyl sales have jumped 250 percent since 2002, Statista says, while overall music sales have dropped by 50 percent. Not bad for a format that was nearly dead.