Chernobyl documentary footage vs. scenes from the show

I’m curious about why the text on the scene below, derived from Soviet TV broadcast announcing the disaster, differs from the original. Did HBO use a different source, or did they change it themselves some reason? НОВОСТИ (Novosti) means “NEWS” and was then (and now) the name of the official news agency, while ВРЕМЯ (Vremya) means “TIME” and is apparently the name of the evening news show.

The clip in Chernobyl is definitely a recreation, even though it is in Russian. Compare the angle of the angle of the newsreader’s shoulders and the positions of the two microphones on the desk.

The change in name was probably made to avoid any copyright or trademark infringement, since Vremya is still the name of the evening news on Channel One Russia.

The news agency is called RIA Novosti.. Because novosti is simply the word for news, it can’t be trademarked.and no-one can complain that their rights are being infringed.

I think if someone watches this show and walks away thinking “how dare it suggest that nuclear is bad!” it’s not on the show, it’s them missing the point so hard they might as well be on a different planet.

People who can’t see the forest reactor for the trees control rods.

May I invite you to review the whole process from mining the ores to storing the waste products (including the decommissioned reactors themselves) , and then reconsider the option of renewable energy sources plus changing energy use efficiency?

I could also say “just stop believing this bullshit and sod off”, but that would be rude, since I don’t know why you are believing that nuclear power is even an option. I my experience, after discussing this many, many times, it is usually because someone thinks “we” can manage the risks. And I violently disagree, since we have shown that we cannot.

When it comes to discussions regarding the safety or otherwise of nuclear power, I think of the issue of Long-Time Nuclear Waste Storage Signs. That’s some seriously long term, deep future, sci-fi stuff. The idea that we have an industry that can remain hazardous for so long seems shocking to me.

Having just earnestly typed that, I was struck by the thought, “You (me) thing leaking toxic waste is hazardous, what about climate change, and non-bio plastic?”

How come Chernobyl trutherism isn’t a thing (yet)? Are false flag operations only a western thing? And who staged it? The solar mafia?

The “what about” question usually indicates relativism of the problem in question.

Also, in regard of getting rid of $problem:

How come Chernobyl trutherism isn’t a thing (yet)? Are false flag operations only a western thing? And who staged it? The solar mafia? 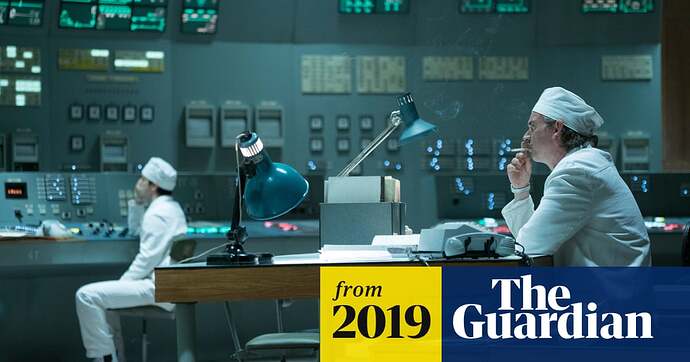 Russian TV to air its own patriotic retelling of Chernobyl story

NTV’s Chernobyl, filmed in Belarus, takes far more liberties. A description of the show says that the plot revolves around a CIA agent dispatched to Pripyat to gather intelligence on the Chernobyl nuclear power plant and the Russian counterintelligence agent sent to track him down.

A Russian newspaper said that the HBO show was made to undermine exports of Russian nuclear power technology.

I might enjoy it now for the acting, and the drama, without worries about actual vs. fictional events.

Some of the fictionalization is really good, though. The explanation of what went wrong in the reactor, with Legasov using price-is-right cards showing things that make the reactor produce more or less energy, is amazing. Of course they can’t explain the reality of it in detail, but they get me as far as void coefficients and that’s just outrageously effective for TV drama.

Question for the room - British accents - should they have tried to do a Russian accent assuming they could do a GOOD one? Or no? It was a bit distracting to me, but I am thinking if you were British you wouldn’t notice, and if they were American, I wouldn’t notice

I think having people talk in their native accent is the best way to do it. The “russian accent” thing was the norm since the 80s and a generation is used to it but its just so goofy.

See Patrick Stewart as Lenin in 1975 – it’s pretty good! Then imagine how silly it would be if he was doing a Russian accent:

The accents were less jarring as I got used to it. As I said, I think if they made it in America I wouldn’t have noticed.

I agree that bad accents bring it down, but one would think with coaching good actors could pull it off. I mean, there are many UK actors doing roles in America and you don’t know they are from the UK until they are on a talk show and you hear their real voice.

I read a funny criticism of HBO Chernobyl that the problem with English actors is that it’s “just not how Russian men talk.” Obviously! But there’s a hidden layer to that. Within the realm of what was possible in the Soviet bureacracy, even academic Russians were supposedly forthright, frank, direct.

So scenes where Jared Harris is talking quietly by implication while Scherbina looks fearfully into his eyes is perhaps a tell to Russians, a distinctively English manner of communication. This gave me the thought of commissioning Legasov/Scherbina yaoi but I have already given enough horrible things to the internet.

That’s some seriously long term, deep future, sci-fi stuff. The idea that we have an industry that can remain hazardous for so long seems shocking to me.

A long ago article about the challenge of nuclear waste storage/signage pointed out the half-life of some by-products being 10-24,000 years. Written language has only existed for perhaps 5-6,000 years - and much of the earliest remains undeciphered. In contemplating a universal, eternal warning message, consider how few people today might comprehend cuneiform.

“Look on my works, ye Mighty, and despair!”

Like you, it doesn’t bother me in the least. Having a variety of accents, to hint at the vastness and diversity within Russia, is more far more engaging than trying to shoehorn everyone into a half-pie rendition of someone’s perception of ‘what Russian sounds like.’

In fact, it was a conscious decision on the part of the director. Better everyone just use their own accent than try to fabricate differing Soviet ones.

People in the West don’t always realize how large the USSR was, and how many different peoples/native languages it encompassed.

Question for the room - British accents - should they have tried to do a Russian accent assuming they could do a GOOD one? Or no? It was a bit distracting to me, but I am thinking if you were British you wouldn’t notice, and if they were American, I wouldn’t notice.

I always find it extremely jarring and annoying when people use Russian (or German, or French, etc.) accents on American movies to represent other languages. Why are there three people talking to each other in English when they obviously have a shared language that they know better than English?

So instead of translating the dialogues and just getting on with the story, American movies end up depicting whole countries as being full of intermediate foreign language learners with a limited grasp of correct pronunciation.

Second-worst: “Edges of the Lord”, a 2001 Holocaust drama starring Haley Joel Osment and Willem Dafoe. Everyone speaks English with a Polish accent. Even the four-year-olds. Hint: a five-year-old who is able to fluently articulate his thoughts in English will have no discernible foreign accent. 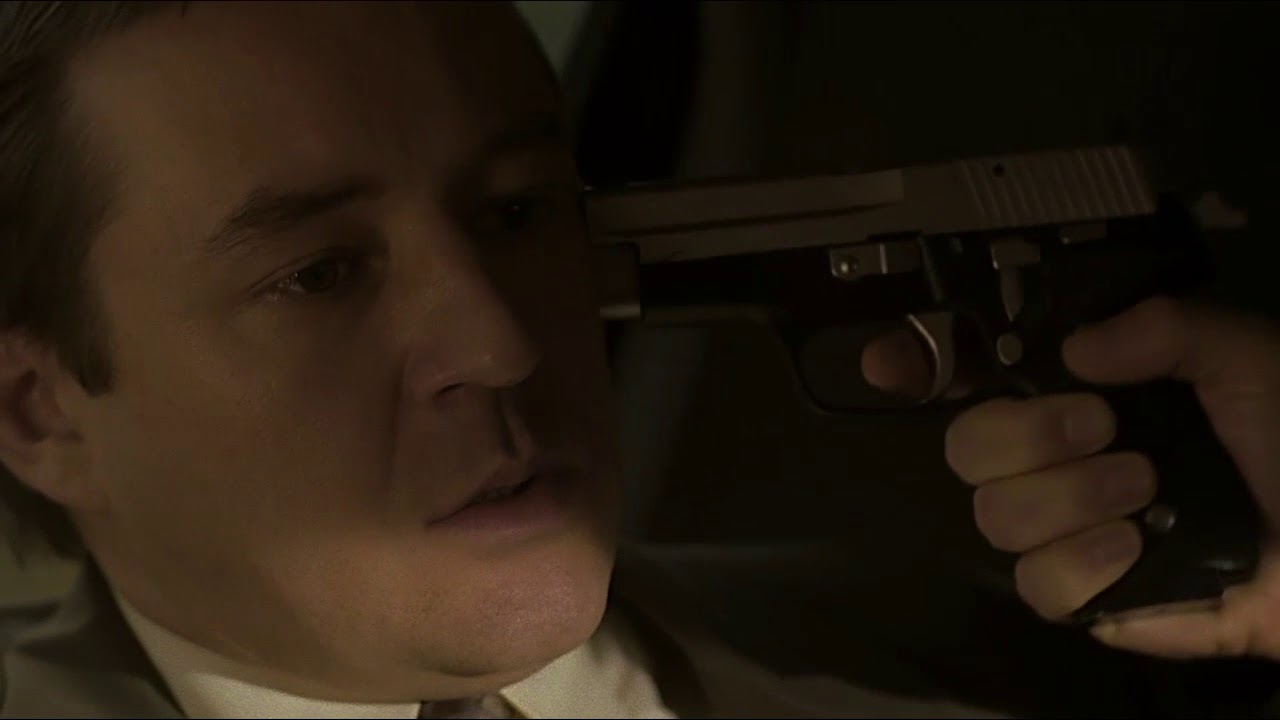 Our so-called hero holds a gun to his victim’s head and asks him a question. The victim replies in generic American English, after all he’s a respected businessman. 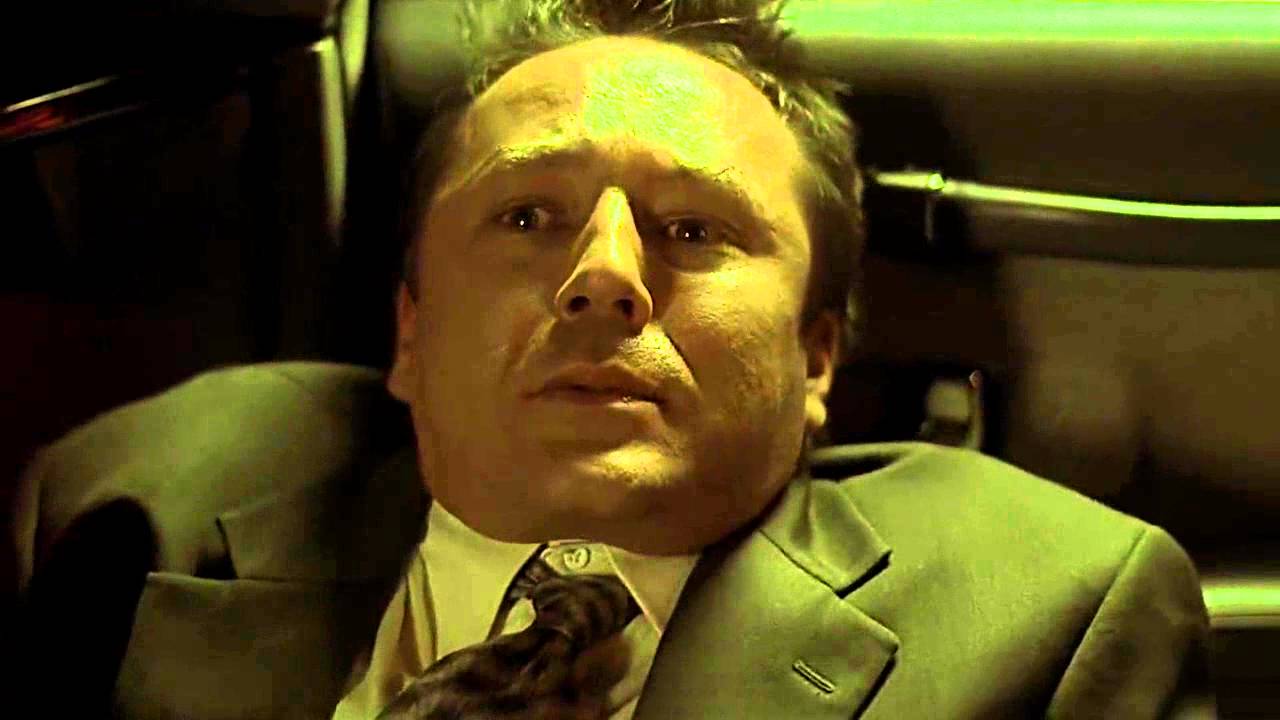 The victim’s resistance has been broken. He turns out to be an evil Serbian (anyone can name a single American movie with a good guy who happens to be Serbian?) who has been hiding his identity. Now that he his unmasked, he slips back into his native language of English-with-a-generic-face-Slavic-accent.

I’ve met people from the English-speaking world who are so convinced of the universality of English that they somehow assume that we use English on a day-to-day basis among Austrians in Austria (“well, what about higher education, or science, or engineering?”). The more open-minded among them feel they have to be “respectful” towards our unique traditional way of speaking English. Thanks, but no thanks.

As usual, Randall has spoken drawn the correct comment.

Hitting them together to hard indeed. Which reminds me…

ETA: oh, interesting. Spoiler blurring a onebox leads to the link being blurred instead of a blurred box?

Well, visiting the site ain’t a bad thing. Make it so, then.

Question for the room - British accents - should they have tried to do a Russian accent assuming they could do a GOOD one? Or no? It was a bit distracting to me, but I am thinking if you were British you wouldn’t notice, and if they were American, I wouldn’t notice.

I absolutely loved “the death of Stalin” in which people used their regional English accents (Marshall Zhokov “raaaaight, ahm off to reprazent the Red Army at the buffet!”) and that worked really well. They also used American accents, and none of it jarred with me. Same here. Couldn’t care less in general but if they go for the Boris/Natasha fake Russian it really annoys me.

In general it exoticises the subject to have broken English.Better to have native speakers speaking in whatever accent.

The “russian accent” thing was the norm since the 80s and a generation is used to it but its just so goofy.

Or a not faking a french accent…

OH… a Russian accent, tho… sometimes works out…