That’s accurate, and the big problem with this drug. It works if given very early in the course of illness, which means before we know whether this will be a critical case or not. It’s roughly $2500/dose. How many people will be able to shell out that kind of money before they know if they will need it? And by the time you know, it is too late to use it. Not all that useful.

Commandment 7. They’re all going to hell.

Except we’re in hell, and they’re the ones who make it.

Minnesota Department of Health has said that 20 cases of COVID-19 have been traced back to President Trump's Bemidji rally in September.

Minnesota Department of Health says 28 cases of COVID-19 can be traced to recent political rallies in the state – 27 of which were from Trump events.

The bulk of the cases come from President Trump’s Bemidji rally in September. On Sept. 18, he became the first sitting president to visit the city. But weeks later, the MDH reports 16 cases have been tied to attendees, while four cases attended a counter-protest. Health director Kris Ehresmann previously said one attended the rally knowing they were infected, and two people were hospitalized.

MDH also says three cases are tied to a Mike Pence Minneapolis speech on Sept. 24. Another case has been reported from an Eric Trump visit to Becker on Oct. 1.

One case has been tied to Joe Biden’s Duluth visit on Sept. 18.

Gov. Tim Walz has ordered all flags to be flown at half-staff Monday to honor those who have lost their lives to COVID-19.

As of Friday, Minnesota hit its highest single-day record of COVID-19 cases. It’s the first time the state has a daily total above 2,000 cases since the pandemic began.

Walz has directed flags to fly at half-staff on the 19th of every month through 2020 to remember and honor COVID victims.

Coronavirus: What's happening to the numbers in Africa?

There are warnings about a resurgence of the virus, after the growth in new cases had started slowing down.

Nearly 4.8 million people in Europe have been infected with COVID-19. European countries are stepping up restrictions to contain spread of the virus following a 44% increase in cases this week. Read the latest here.

All U.S. testing sites are legally required to report their results, positive and negative, to public health agencies. But state health officials say many rapid tests are going unreported, which means some new COVID-19 infections may not be counted.

I know these people aren’t Lutherans, but old M. L. would not approve.

Martin Luther: Whether One May Flee From A Deadly Plague

Read in full the famous reformer’s advice on Christian faithfulness amid pandemics like the coronavirus.

Others sin on the right hand. They are much too rash and reckless, tempting God and disregarding everything which might counteract death and the plague. They disdain the use of medicines; they do not avoid places and persons infected by the plague, but lightheartedly make sport of it and wish to prove how independent they are. They say that it is God’s punishment; if he wants to protect them he can do so without medicines or our carefulness. This is not trusting God but tempting him. God has created medicines and provided us with intelligence to guard and take good care of the body so that we can live in good health.

The coronavirus could be messing with your pain perception — and that could...

A Canadian researcher has found that the virus that causes COVID-19 can hijack a pain receptor on our cells, using it to get into the cell, but also blocking its ability to signal pain.

This could mean that the virus blocks the discomfort people would normally feel early in an infection, keeping them unaware that they’re sick and spreading the disease.

And so, we’re learning more about pain management.

What is the vertical axis here?

The death toll from covid-19 began to rise steadily in early March, then more sharply as the disease spread to every state and most U.S. territories.

I know I have ranted on this before, but goddam it we know how to keep this from happening, we are actively choosing not to, and to let people die. And (for the most part) it will not be the people choosing to let folks die, who will die. It will be people who are trying to help keep people alive and people who had no voice in the matter.

Until we, as a society, figure out how to charge murderers with murder, we are doomed.

White House Coronavirus Task Force Update: Everything Going About as Badly As...

Estimated cases of the novel coronavirus in the U.S. have surged well past eight million, with estimates of about 220,000 confirmed deaths, and the University of Washington’s Institute for Health Metrics and Evaluation estimates the country is...

Brand new drug against the Coronavirus is announced by the brazilian government.

Good news in the fight against # covid19 Clinical study from @mctic shows that medicine #nitazoxanide reduces by 94% the transmission of the novel coronavirus by infected patients. Results were presented today by Minister @Astro_Pontes
.

Ireland is getting a shiny new lockdown! 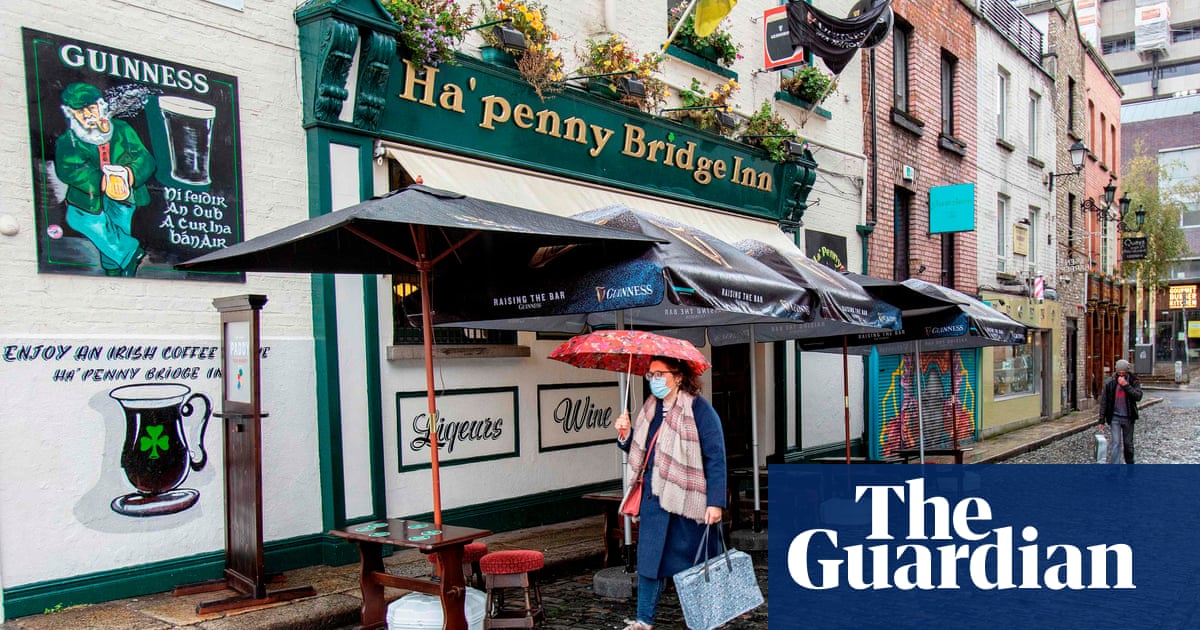 The taoiseach noted that this will probably be the new normal for a while to come.

The taoiseach noted that this will probably be the new normal

I’m sure Northern Ireland is watching with envy. If Ireland can pull a “New Zealand” and get COVID under control would that tip the balance in favour Northern Ireland rejoining their southern neighbours?

(As if Brexit by itself weren’t nearly enough already

So my son’s school, which he isn’t attending in person, has just had its first case. I’m surprised it took this long. The message from the principal, expressing sympathy at what she was sure was our utter surprise, fell a wee bit flat.

Ontario still, apparently, has not gotten the message on asymptomatic spread and testing lag. The advice just last night in that message was not to worry until someone in the household keels over with a fever (or a stroke… or whatever it takes to get tested here…