Does this McDonald's Minions toy say "What the fuck?"

I think it is fake swearing in a hockey scene–What the puck. Years ago, a kid chastised me for saying dill weed. He got the idea from Bevis and Butthead. I explained fake swearing to him and told him to check out the spice rack next time he went shopping.

Well at least this one cites an actual outraged grandparent. Usually it’s, “some say,” and “sources reveal” and the Disney penises turn out to have been invented by the reporter.

But really, is anybody surprised? Aren’t these things supposed to be despicable? I feel they don’t swear enough.

My hearing must be off. It sounds to me like it’s saying “Give a damn!” And that is something kids should be hearing. Hey kids, look around. The world is crap, but you can make it better if you give a damn! Run to the nearest window and yell “I’m mad as hell and I’m not going to take this cheap ass plastic crap from McDonald’s anymore!” Do it because the Minions told you to!

Well I’m not hearing it. But lets see how much momentum this gets and more importantly how many more subscribers this gentleman gets

My kids got a couple of these yesterday. At least one of the ones had, on the “instructions” page (which consisted of “1. turn on minion toy. 2. Bang on surface.”), the actual written out text of what it was saying. It was something along the lines of “timonaku” (I’m only guessing, as I don’t have it in front of me and I’m not fluent in Minionese). Of course, cheap sound chips make it basically impossible to really hear what it’s saying anyways.

I think you mean the “construction menu” which tells you to “flick it on then hit it”.

Well I don’t know what it’s saying but at least it doesn’t sound as obscene as donald trump.

That’s it. MINIONS FOR PRESIDENT!

Hey Minions, WE SPEAK 'MERICAN HERE. Jesus, what a bunch of assholes. 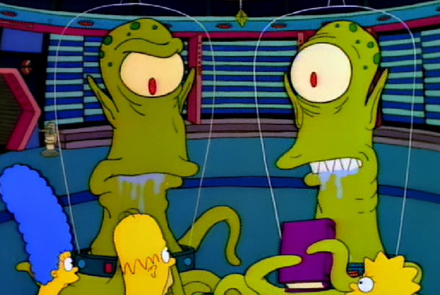 There once was a mixup at a doll factory where the crying baby would suddenly scream, “Kill Mommy!” After a bunch of angry calls, the manufacturer discovered that they accidentally packaged and shipped Spanish-speaking dolls who cried and said, “¡Quiero Mami!” (I Want Mommy!).