So is this news real or fake?

If it’s real, Zuckerberg will deny it. If it’s fake, he’ll just set up a task force to tackle the issue.

I would like to see a task force address this

It’s called the media and they have decided to let The People decide what is real and what is not because all narrratives are equally valuable.

I honestly feel like this is an internet problem, not exclusive to Facebook. As a society we just aren’t ready to deal with it yet.

As I see the not-using-profanity hate emboldened on every social media platform I’m honestly wondering what our “solution” for communication will be.

The issue is that people who are savvy enough to install Facebook purity aren’t the ones that believe in Birtherism, or that HRC killed a man, or whatever crazy thing is being pushed right now.

You also can’t use these on mobile, which is where most communication occurs these days.

It also assumes that techno-savvy means a person isn’t swayed by these things, which is not the case.

Since when has it been a good idea to give people everything they want? It’s a way of making money, but making money or giving your money to others in return for the next shiny thing isn’t the epitome of human existence. Don’t we as a society have other goals? Or have we just forgotten them?

Besides, I don’t think that “want” is the proper way to characterise this behaviour. It’s more like a tropism: we react to being given our confirmation bias, just as we react to sugar in our food, or hyper-real representations of the appropriate gender in skimpy clothes, or lower prices for food or energy, in a way that can overwhelm whatever good sense we have, just like the moth flies towards the light, battering itself against the glass or burning itself in the flame. The moth might want to fly into the light, but why does it want that? Because it’s reacting to the hyper-stimulus.

I honestly feel like this is an internet problem, not exclusive to Facebook. As a society we just aren’t ready to deal with it yet.

Agreed. Have you seen the links to these kinds of “stories”? Steve Zahn and Lisa Bonet, what happened to you?!! 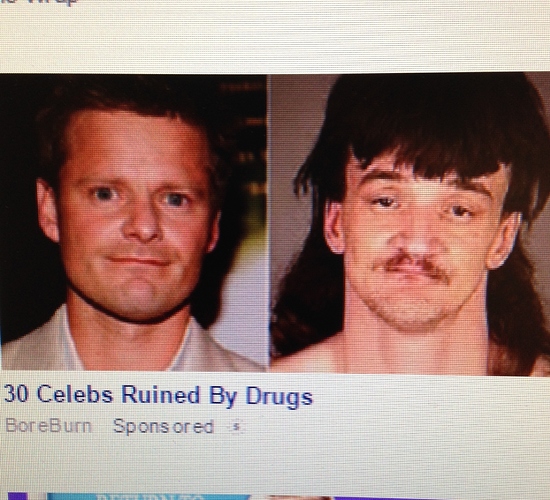 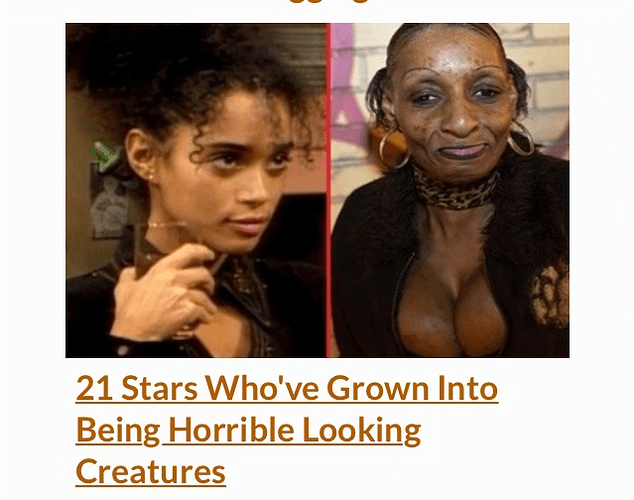 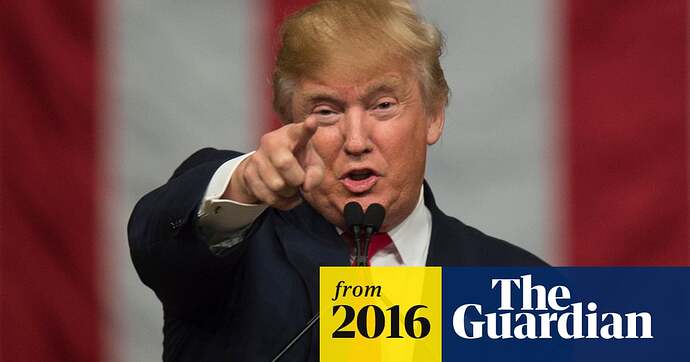 'Post-truth' named word of the year by Oxford Dictionaries

Since when has it been a good idea to give people everything they want? 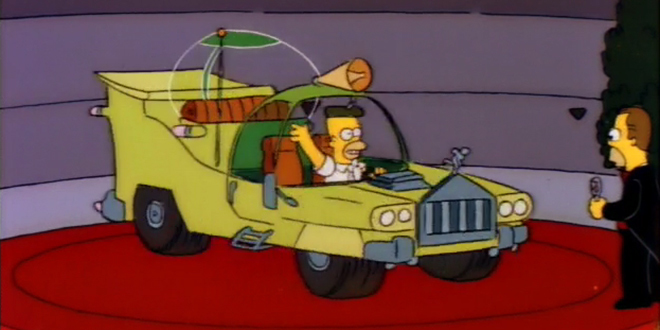 Do you have (credible) data to support this?

I am an academic computer scientist, and one of my fields of research is machine learning (though admittedly not for recommendation systems, I’ve read a book on it a while back but aside from that, it’s not my field) and every time I hear someone gets their news from a machine-generated feed I shudder.

It doesn’t even have to be gamed. Computers are really good at figuring out if something is popular and only slightly less good at classifying types of popularity (i.e. a Trump supporter would like this, a Hillary supporter would like that, everyone likes cat gifs, that sort of thing). What they can’t do is make people read the, ah, right news. Because actually useful news is information-rich and dense with interconnections to other things that are happening right now or have happened, or might possibly happen, or that some people fear may happen.

The world is complex it’s getting more complex, and there’s no simple answer to just about any question. News that takes this into account is never going to be particularly popular because (a) it can’t have an obvious ideological bias which means you can’t endorse/reject it on the basis of a pleasant emotional reaction (b) it’s hard to read and long and © it’s preposterously dense and requires esoteric knowledge[1].

And don’t get me wrong, I’m not trying to chest-beat and say that since I’m so all-fried excellent I read the Correct News effortlessly. Much like anyone I prefer the sort of news that says exactly what I think already, preferably in an amusing fashion (think the Daily Show and its descendants). But I also know that’s really bad for me and that I should always be reading healthier stuff. But even then, there’s the question of time. Keeping up with things is damn near a full-time job, especially if you intensely distrust all information sources and have to go chasing down quotes, sources, and that sort of thing.

Feedly is a great idea (and is how I have been reading the 'net ever since Google shuttered their Reader in a move I’m still annoyed about) because it, at least, offers human curation. However this still doesn’t solve the time outlay needed nor the siren call of watching one comedian or another call all the people you don’t like idiots while you nod along.

[1] Example: there’s a crucial referendum coming along in Italy which may have near-#Brexit levels of influence on the EU especially given the exposure banks have to PIIGS bonds. To understand why and how you have to know how the Italian electoral system works. Meanwhile, in Bulgaria… and so it goes. And that’s just Europe.

So, basically, the New York Times and the Washington Post?

Yes, there’s always a time outlay in determining what is a reputable vs disreputable news outlet, an outlay that Facebook tried to find a shortcut around with what I’m sure you’d agree isn’t worthy of either the appelation “machine learning” or that of “curated.” They did a disservice to any user who thought that he was could get a grasp on current events by giving equal weight to, for example, a BBC video package and one from RT or by serving up some Breitbart right after an article from The Economist. It’s a mess and it’s great that a significant number of Facebook staffers realise that it needs to be cleaned up after the recent election debacle.

Feedly and the much-missed Google Reader is a timesaver in that it helps me quickly hone in on current events that I’m already interested in and identify new interests, and provides a one-stop place to keep all those reputable news sources I choose in one clean interface. For daily news, it’s easy to tag, consolidate, and boil down (using Pocket and Evernote) whatever catches my attention to get a decent overview of one facet of what is a very complex world. Wikipedia is a good way to get a quick and (if you’re careful) accurate high-level backgrounder on stuff I don’t know about. If I have to go deeper into a topic and check for accuracy then it’s dead-tree time.

The reputable stuff doesn’t have to be dry or dense or longform, nor does it have to hide its bias. Some of those reputable new outlets in my feed are not entirely in line with my own political views nor are all of them establishment or corporate sources. What the RSS subscriptions in my Feedly setup have in common they’ve earned my respect in a way that conspiracy theory sites and propaganda organs that pretend to be “fair and balanced” simply cannot.

I’m unusual and fortunate in that my current career requires that I keep up with current events, so I put a lot of effort into Feedly as one of my tools. For most people, though, setting up and using something like Feedly takes slightly more effort than Facebook while delivering far more rewarding results. The core problem for most people is not one of technology but that most public K-12 schools won’t or can’t focus on teaching critical-thinking skills or media literacy.

“The Daily Show” and “Last Week Tonight” and “Real Time” are all entertainment shows, of course, not really news and taking pains to emphasise that fact (even if they are informative – especially Oliver). They’re not in my newsfeed, they’re once-a-week treats that add a little fun to what would otherwise be a depressing stream of news. Personally I consider them a substitute to the dark newsroom humour I enjoyed in my previous career as a journalist.

The world is complex it’s getting more complex, and there’s no simple answer to just about any question. News that takes this into account is never going to be particularly popular because (a) it can’t have an obvious ideological bias which means you can’t endorse/reject it on the basis of a pleasant emotional reaction (b) it’s hard to read and long and (c) it’s preposterously dense and requires esoteric knowledge[1].

That’s the whole point to having news! As well as, arguably, nearly all forms of human communication.

Since when has it been a good idea to give people everything they want? It’s a way of making money, but making money or giving your money to others in return for the next shiny thing isn’t the epitome of human existence. Don’t we as a society have other goals? Or have we just forgotten them?

I would say prosperity provided by capitalism and technology will eventually lead to hedonism, always, but this is the first society of this type in history, so everything is unprecedented.

Also, I reject your bio-determinism. If humans were so driven by biology in their complex behavior, then there’s very little chance of any of us typing these messages back and forth.

Of course, both the points are beyond what I was discussing. I simply stating that Facebook has an economic incentive to not alleviate this problem.

I do not. My facebook has very few Americans and my twitter is mostly pop culture related, which is full of liberals. It seems I was duped by own filter bubble.

Agreed. Have you seen the links to these kinds of “stories”? Steve Zahn and Lisa Bonet, what happened to you?!!

oh, so like all those links you see when you scroll down on a boing boing story

This one works EVERY TIME though. Really.