The people that have to be engaged in making a constructive change are not in any real way accountable to the public. They probably think they are, in the role of defenders of the state at least, but this is as much an excuse for questionable activities as a call to duty. It’s a cultural sickness of the end justifying the means. (the symptoms are manifest across the government: too big to fail; too big to jail; too important to even talk about…)

I’m not willing to discount the value of appealing to one’s own elected representatives. Party politics is a popularity contest with voters. Give them a nail to hit and they will be the hammer.

That being said, I totally understand folks who are without faith in our electoral system. But, then you have a simple choice to make. Will you sit idle and be a spectator to the future, or will you attempt, in some reasoned way, to promote change for the better? I don’t know what that change is right now. But I think it starts with asking the right questions and taking the problems before us on one step at a time.

I’d say the only choice guaranteed to fail is the decision not to make a choice. Beyond that everything is as simple as picking a goal and marching torwards it until you fail, you die, or you find another better path forward. This isn’t a game. This is life. We don’t get to walk away. We’re all along for the ride until such time as we should cease to be.

Justice will be when he faces the court system for his deeds(or worse), like any other person that has leaked national secrets.

Count me as one of the many that will end up countering such attempts to dress up his betrayal of country.

So yes, that places you firmly in the “I vas following orders” camp. Sorry.

But not all of them good one, like murdering people and wanting not to be found out.

But it requires us to all be looking to build rather than tear down.

Thing is, the really, really hard stuff can’t be added on later. If you don’t build up right from the beginning, it becomes nearly impossible to add it later. Integrity, security, cloud services, separation of church and state - all the same. If you don’t don’t take these into account at the earliest stages of development, you will need to tear down later and build anew.

We owe it to the next generation to ensure that fifty years from now, public school textbooks portray Edward Snowden as a hero. Justice.

There will be a statue built in his honor before I die. Naysayers be damned to hell.

We worked our asses off and got marijuana legalized and taxed here in Colorado and now we’re working to seal past marijuana convictions as well now. It’s going to happen here, naysayers.

Welcome to the first world in Colorado, America.

The many, many naysayers said we couldn’t do it over and over again. Fuck the naysayers. Also funny how those vociferous naysayers have slithered back under their rocks nowhere to be seen nor heard after our victory. 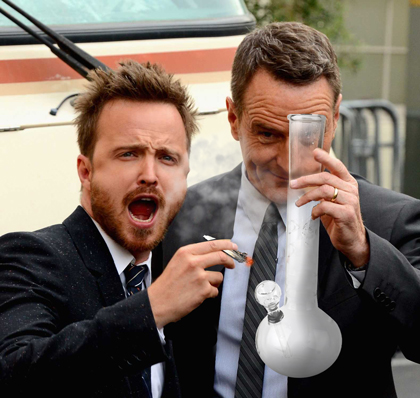 We’re continuing to work on getting getting surveillance under better control in Colorado. We’re even working on adding to our state constitution to do it. We here in free Colorado still think warrants belong in a truly free society:

Slither forth, naysayers. I will dine on your naysaying like a fine wine that gives me bubbly energy, motherfuckers. And, yes, we’re working on this too.

If we here in Colorado have to lead the rest of the country, then so be it. 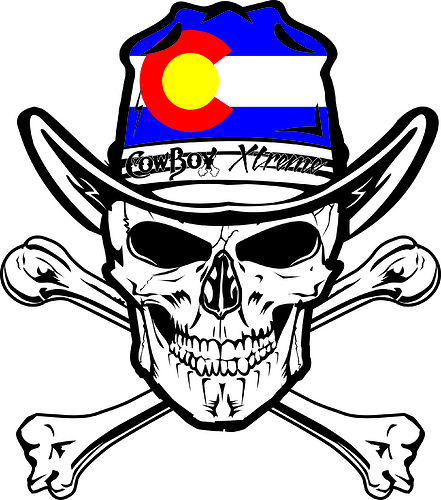 This has been a transmission from the free people of Colorado to the oppressed citizens of the United States of America. If this embarrasses you, change your state to kick some ass and join us here in the first world.

Had nothing been said, the Internet (never mind the United States and citizens thereof) would have remained safer.

You just doubled-down on ignorance. Ok, you’re a troll, right? No one is this stupid.

It’s not my job to write an article pointing these things out.

Right, it’s just your job to shill for the NSA apparently.

We can openly check what the NSA has done

Fascinating. Pray tell how we can openly check what the NSA has done?

If the Democrats want a plate at the table, they have to stop shipping corporatists. I will not vote for Hillary.

Agreed, but isn’t time we started to say who we do want to vote for? Warren comes to mind (if she runs).

Dignity was lost for Clapper a long time ago. A lost cause for a serial liar. 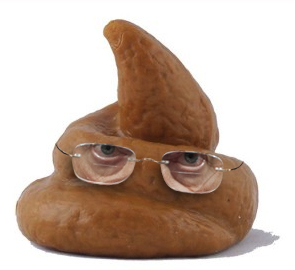 I find it unfortunate that there isn’t more dialog about how Snowden might have behaved more ethically. … had he set a better example, that others in similar positions would have been more encouraged to come forward.

Yes, that’s good perspective. The ethical behavior of the NSA is getting far too much attention and that’s unfortunate.

If there was just some way to make it so Snowden could have followed in the more ethical behavior of other national heros. Just… some way…

The story most of the corporate mass media would like us to ignore is that Snowden was already vindicated a long time ago shortly after his disclosures:

What can outsiders (i.e. the public) push against when every affront to liberty is denied or reasoned away and whistle-blowers persecuted and demonized?

I’m ready to put down my life for human rights. Are you? It’s time to shit or get off the pot.

How on earth could Snowden have “behaved more ethically”?

You should be focusing in the US on how James Clapper could behave more ethically. But you’re not.

For one, she has said she’s not running. Secondly, she’s already been warned about not criticizing Democrat insiders. If by some strange happenstance she does get in, which I believe she never will, because of right leaning Democratic voters, how much could she accomplish? I really think what is needed is an alternative party, who, no question, will lose, but who has fresh ideas outside of the system. I don’t know how we go about doing that. I don’t want to run, and I know no one else who does. With the big money system in place, no one will see the national stage, unless they sign over their souls. Sorry, I’m just very disheartened, and I do need some inspiration and perhaps more sleep.

I would be fascinated to see how a Hillary Clinton-Rand Paul matchup would be received here at BB. The rotational energy could be wondrous to behold.

To get rotational energy we would have to love one and hate one.

We are missing someone lovable in that partnership.

Actually I was thinking about how boingers are going to have to spin the fact that they are voting for Clinton. Who says there’s no such thing as a free source of unlimited, non-polluting energy??

Of course there are reasons to keep things secret. No one would suggest that we all get an informational newsletter from the NSA detailing their daily activities. But when our elected representatives can’t get that information, even when they get off their lazy asses and finally ask for it, something is dead wrong.

When even the legal opinions that the secrecy state uses to justify its own programs are themselves kept hidden, it’s hard to believe that is somehow necessary. The reality is that we (all of us) are the enemy to the secrecy apparatus. We are all suspect, therefore we all need to be kept in the dark.
When we can’t challenge secrecy state actions through the courts because we can’t prove that the illegal actions are taking place (secrecy, don’t you know?), something is dead wrong.

Secrecy has become the apparatus to hide illegality and unconstitutionality, and that is dead wrong. Until the power to hide illegality is completely torn away, I am all for tearing down the existing system. There is no sense building anything until the system recognizes who is the real enemy. It ain’t the citizens who value our rights.

Actually I was thinking about how boingers are going to have to spin the fact that they are voting for Clinton.

The least worst option who can win.

I don’t know how marginal it would have to get before a significant amount of people try anything different.

Valerie Plame is the Obama birth certificate of the left.

This is exactly what I’d expect Hillary or Obama to say. They are as much a part of the problem as the Republicans.

I can only hope the Democrats will nominate somebody more on the line of Bernie Sanders or that somebody we thought Obama would be.