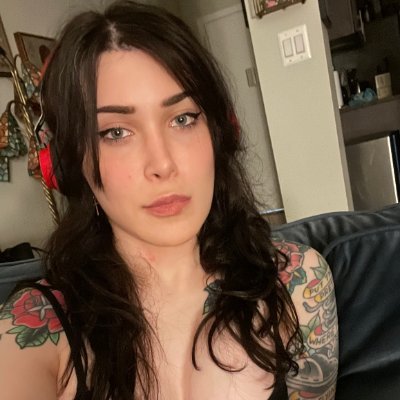 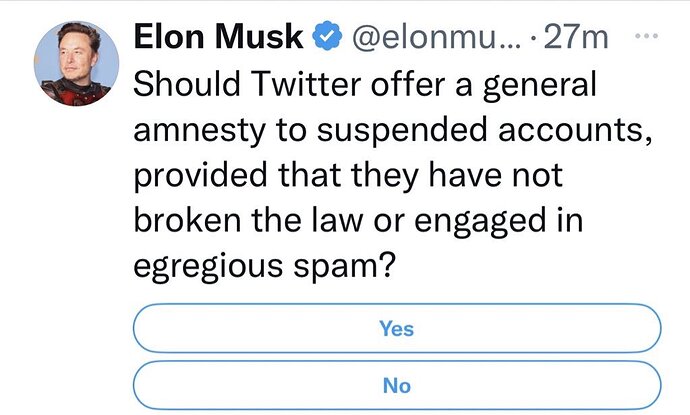 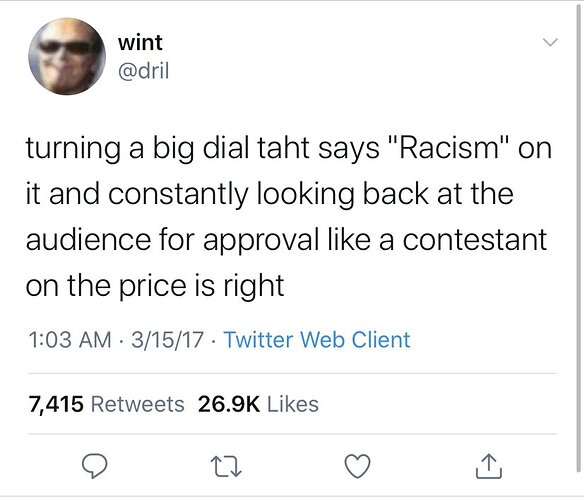 I was an intern at SpaceX years ago, back it when it was a much smaller company — after Elon got hair plugs, but before his cult of personality was in full swing. I have some insight to offer here.…

Naturally he’s going to get a cheering section of Nazis. 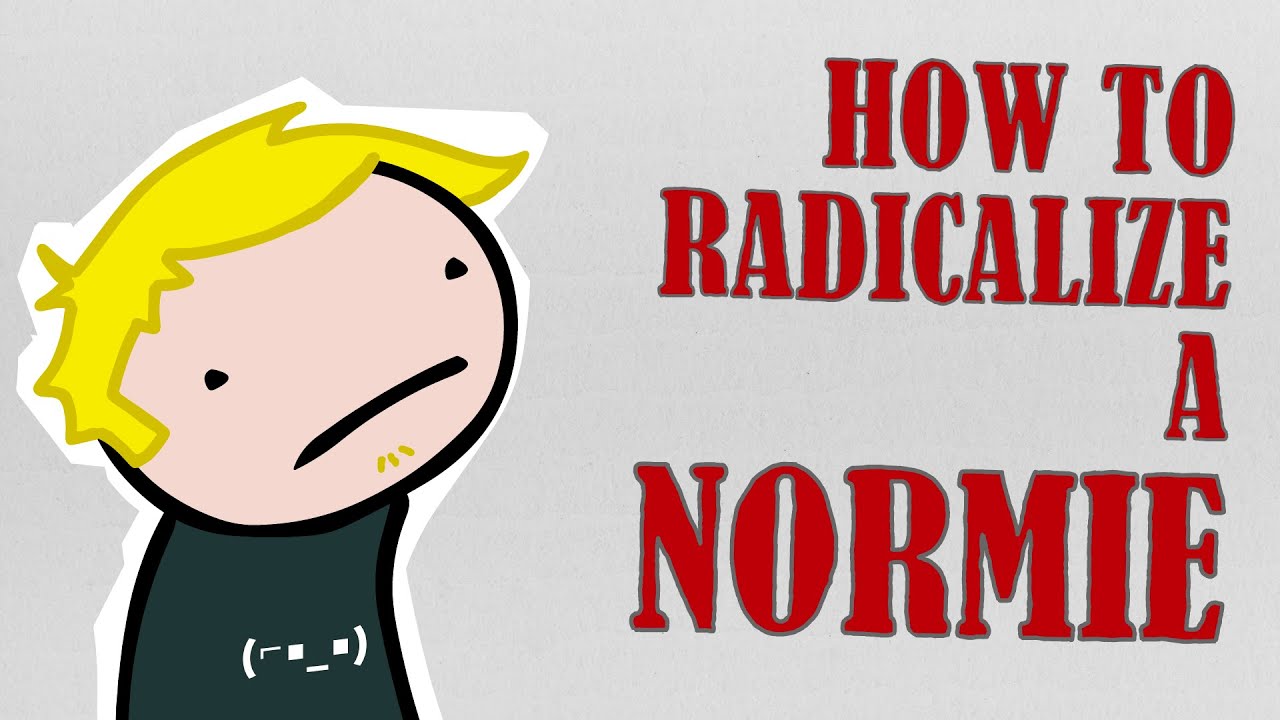 Time mark 8:02. (Apparantly the video was offensive to neo-Nazis and restricted.)

… looking back, I am struck by 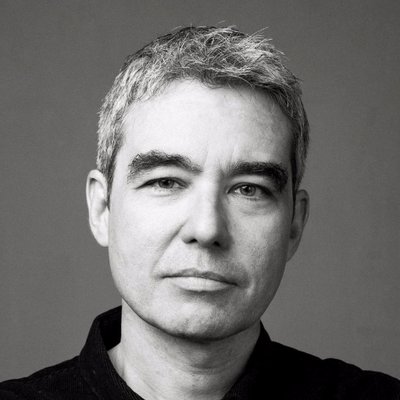 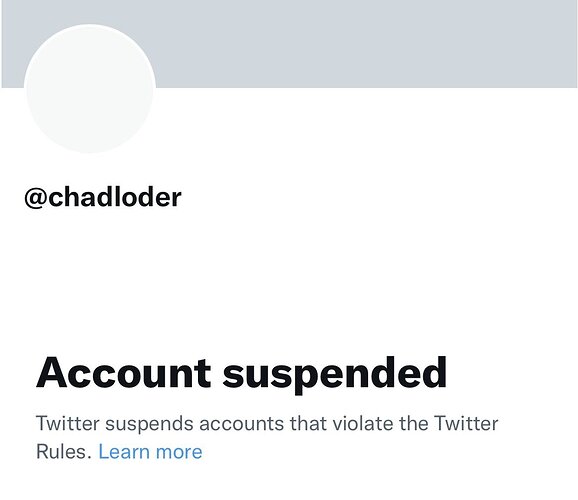 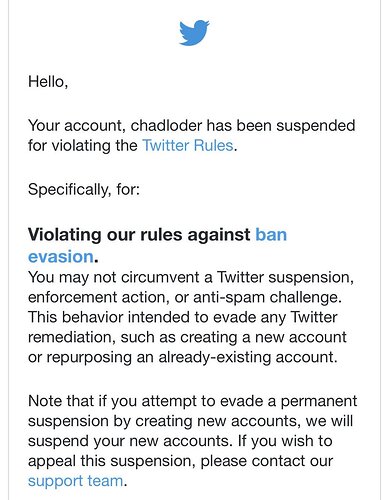 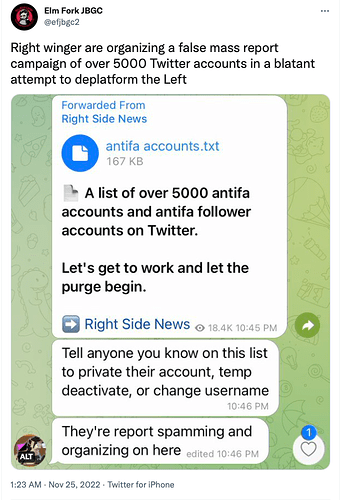 meanwhile, the Mastodon server I’m on has a new rule… 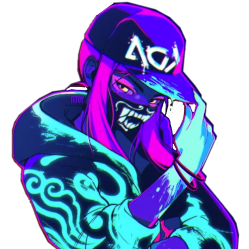 New rule comes into force with immediate effect: People who are sympathetic to left-wing authoritarian regimes (aka tankies) are not welcome. If you don't like it, move to a different server. If you feel like you're being discriminated against I...

People who are sympathetic to left-wing authoritarian regimes (aka tankies) are not welcome.

If you don’t like it, move to a different server. If you feel like you’re being discriminated against I recommend getting fucked. 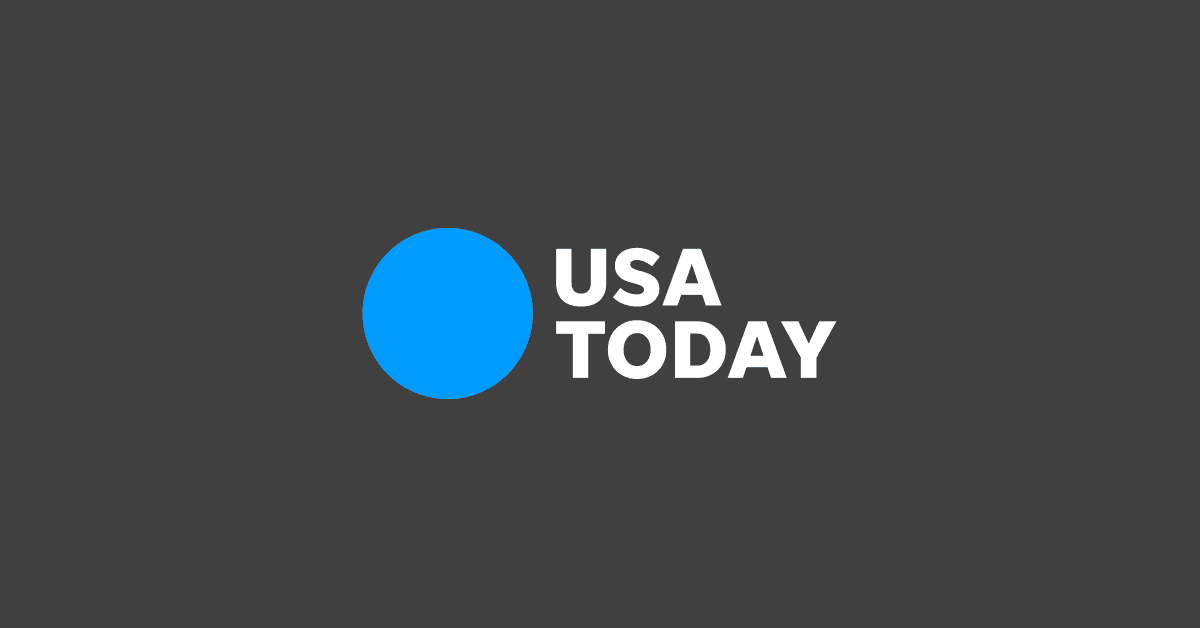 The week in extremism, from USA TODAY.

A lot has been going on at Twitter. Former President Donald Trump’s account was reinstated, members of the Proud Boys have flooded the platform seemingly without challenge. Every day seems to bring a new controversy.
—- 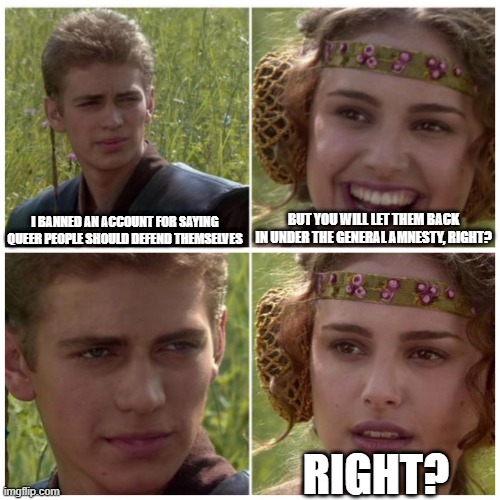 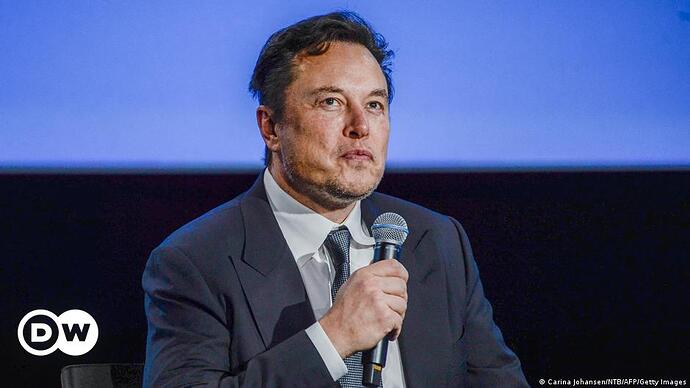 A plan to verify Twitter users and organizations with a trio of check marks will roll out next week, Elon Musk has said. The announcement came shortly after he promised an "amnesty" to previously suspended accounts.

That photo. When did modern day Steven Segal become head of Twitter? 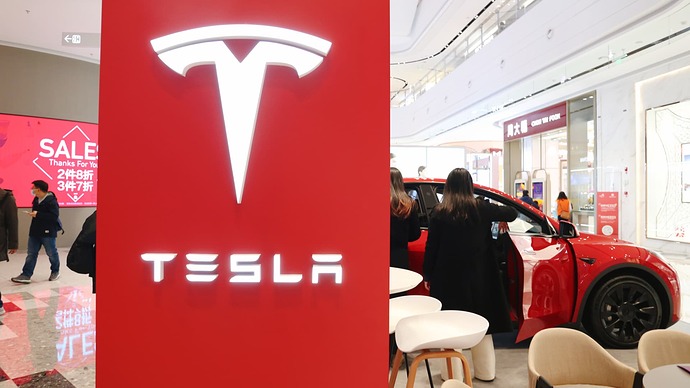 Tesla recalls more than 80,000 cars in China over software and seatbelt issues

Investors will be watching for any fallout for Tesla in China — a market that has become increasingly competitive with a number of domestic challengers.

The recall of these models is due to a software issue that affects the battery management system of the cars. Tesla will upgrade the software on these vehicles free of charge. 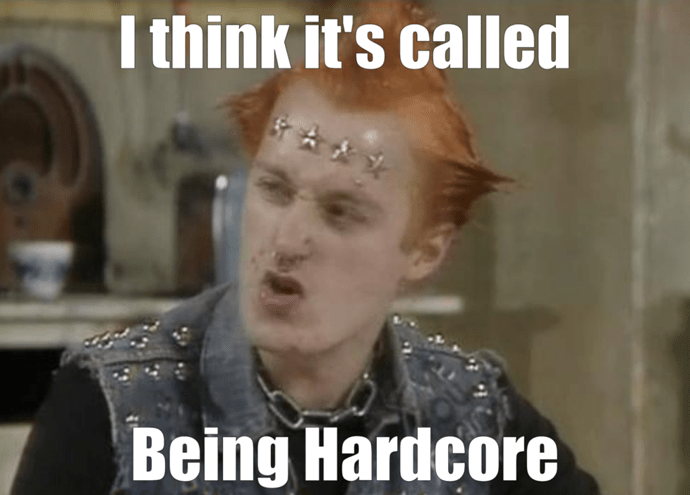 Excellent video.
I found it surpisingly relaxing, like AMSR.

Or the mother muskship accidentally disabled the seatbelt latch. (Of course it’s under software control.)

Rumors that this has happened to people who tweeted mean things about Elon are Fake News! /s 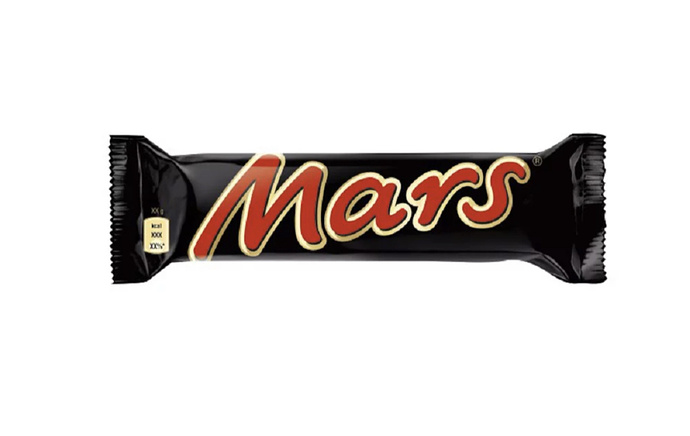 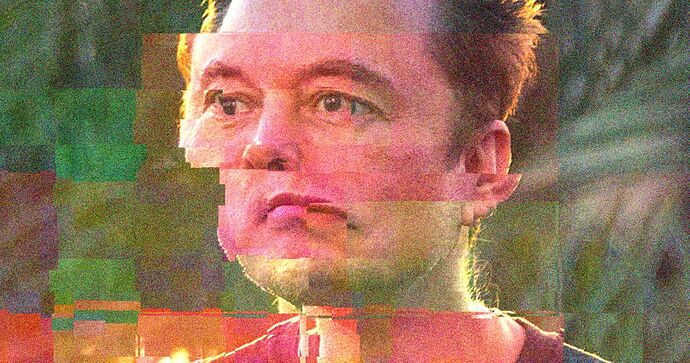 At the company — and on the platform — there’s no escaping Elon.