I want to thank everyone for help!
A friend I talked about got serious suicidal thoughts two or three days ago and I finally convinced him to call the Trevor Project hotline. I don’t know the details, but I know that they helped him somehow and he feels better now. So to everyone who offered advice I have to say that you probably helped save someone’s life. Thanks again!

Thanks for the update. I’m glad your friend is in a better space.

Same here. That kid is literally being hounded to death by his own parents. That’s so fucked up that I have tears in my eyes when I think about it.

I don’t suppose there is any child protection service we can contact on his behalf? That is abuse of multiple forms.

It is child abuse. But he’s located in Ohio, so I’m not sure if child protection services would be of any help. He has contacted Trevor project, so I hope they will know how to help - they have way more experience with such things than me. I and his other friends will try to offer as much emotional support as possible in the meantime.

How old is he?

I hope he can hold out a little longer. Even if he has to pretend he’s straight until he can get safely out there.

That’s what I advised him. He should lie that conversion therapy is working so he can avoid these Chrisitian bootcamps - they are extremely abusive.

I’m glad to hear this. Thanks for letting us know!

It’s tough and people shouldn’t have to do this, but in this case, unless he can get help with this abuse, it’s the best he can do. Pretending might give him some space too until he can get the fuck out of there.

Not sure where else this should go, but it’s horrific, and what’s worse, is that the report might have down played the role of the state and church institutions that created this brutality:

Ireland's 'brutally misogynistic culture' saw the death of 9,000 children in...

Thousands of babies and children died in 18 of Ireland's mother and baby homes -- church-run institutions where unmarried women were sent to deliver their babies in secret, often against their will -- over eight decades, according to a landmark...

These places sound like something out of another world, but a fact that people could easily miss when hearing about these brutal institutions is that the last one didn’t close until 1998.

It’s pretty much impossible to overrstate the impact that the revelation of this scandal had on Ireland, arriving as it did alongside the uncovering of the Clerical abuse scandals, and the Magdalene Laundries. What had been a defining feature of national identity was shown to be little more than a Gulag in vestments.

I would have put this in the Trumpian events thread, but… this goes back to the Obama administration… 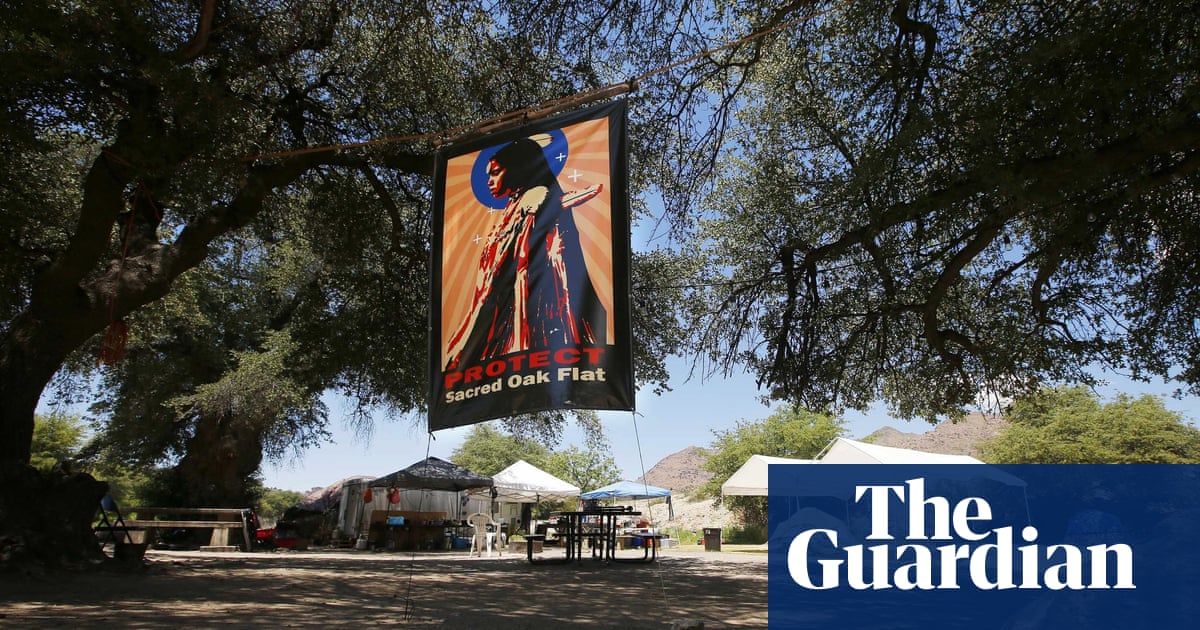 Bernie and Arizona rep. Raúl Grijalva are trying to get it repealed, so this might be a good issue to contact your representatives and senators about.

I’ve been wanting to post about it but I just fucking can’t. I’m so fucking angry, not just at the horrific misogynistic violence of the past, but the unbelievably awful government response.

I have spent since new year’s eve oscillating between despair and rage with this country. Since George Nkencho was killed, the unbelievable spike in the disease, and then this. I cannot articulate my and everyone I know’s hurt, hate, and confusion.

My elderly (Catholic) dad rang me yesterday and spent 45 minutes ranting about the evils of church and state.

I will post some material later which may be of interest and provides context.

The damage done to generations of women by the actions of the Church and the State here is hard to put into words. Both need to make some kind of amends to all the lives they’ve hurt during this period, even if it’s utterly inadequate. I hear that Church attendance has been down in recent years in Ireland, and no doubt scandals like this is why, among other things.

I will post some material later which may be of interest and provides context.

Also… this reminds me of a book I recently read, about the Irish-American invasion of Canada after the Civil War. One thing that struck me was the official position of the Church on the British occupation of Ireland - which was to accept it. Apparently, people who rebelled risked possible ex-communication. Of course, some priests defied that, but still. It shows you that often the Church preferred to be on the side of the oppressors, rather than on that of the oppressed. I think a lot of people hoped that Pope Francis would be more on the side of the oppressed, and he’s been better than the last 2 popes… but I’m not sure it’s enough.

One thing is that it’s not just The (Catholic) church. I pass every day on the way to work a mass grave commemorated only recently due the the work of a historian colleague. It had possibly the worst death rate. It was run by the Plymouth Brethren, though most of the poor women sent there came from working clas protestant, C of I. It’s a societal cancer. We would love, conservatives do love, to blame it on the church and the past. They are completely wrong.

The walking past the concentration camp to church (now the shop) still happens. Only now it’s not mother and baby homes (though homeless hubs…) but direct provision.

One thing is that it’s not just The (Catholic) church. I

True. They do mention that Protestants were also part of this.

We would love, conservatives do love, to blame it on the church and the past.

Yeah, I think that’s fair enough and I agree.

I say this here often, and it’s generally not a popular view here, that religion is a tool, and can be used for oppressive or liberatory purposes. The history of the Catholic church has always been mixed on that, like any other institution in history. It was obviously a powerful, dominant institution for much of the past 2,000 years of European history and the past few hundred years of global history. And that means both good and bad actions over the centuries. I think with regards to Irish history, you really have to put the Church into the larger context of English colonization, and how that shaped the Irish interaction with their faith. For years, of course, Catholic mass was banned, and even when it was not, there was still a sense of the English looking down on Catholicism as a more “Pagan” faith than the Angelican church. I think that anti-Catholic attitude still shapes relations between the two countries to some degree.

But Moggy hates us! Posh English Catholics are the worst Tory fucks!

Sorry this is glib and doesn’t address the deep and abiding anger we are all experiencing at the moment.

Sorry this is glib

LOL! No, we need some laughs, too. Things are bleak yo!