This isn’t feeding trolls. It’s destroying astroturfers with science. There’s a difference and allowing these schmucks to control the conversation all these years without rebutting them is part of the reason we’re in this horrible mess in the first place.

Just be honest, no matter which chart I show you if it doesn’t lend itself to your predetermined mindset, you’re going to reject it.

Well, he picked one himself: Church & White 2011, which is available here. Their chart looks like this:

Now he’s only using the simple average of the tidal gauges, which happens to curve the least. Church & White seem to think that a signal that jumps a whole 10 mm in some years is not trustworthy, but what would they know? They do sneaky things like correct for aquifers, clearly politically motivated, seeing as how they and all the other studies get the same result you posted.

A link bomber calls me a Gish gallop!? Why not just post a bunch of Drug War propaganda posters? You’d be just as convincing about those being “THE PLANET ON CO2!”

Real tide gauge records, linked multiple times here, falsify all of your exponential plots. Nobody needs a degree to see. But they do need working eye muscles. Since we already have most reasonable people on our side, guys like Cowicide can only issue death threats to try to intimidate skeptics. That doesn’t work too well on use New Yorkers though.

Thanks for the link! I’ll be sure to spread it everywhere…

Strangely, us “hipsters” that “hate half of the population” don’t have a problem with money spent on educating people on relatively sound science, but for some bizarre reason we recoil when money is dumped by the fossil fuel industry, etc. into bullshit “think tanks” that propagate half-truths and lies with astroturfers.

Why could this be?

You keep investigating this strange phenomenon, but the answer continues to allude you. It’s almost as if you’re inept at coming up with answers derived from critical thinking or something.

The glaciers use too reach the Gulf of Mexico and have retreated since towards the poles.

It is possible the sun pulses in cycles of outward expansion creating greater heat and contractions providing less heat. Then there are the theories of volcanic ash cover and asteroid strikes blanketing cooling and then heating up after its dispersement.

Our limited scientific research could hardly determine the sun’s nature of heat distribution. Although it can be agreed the earth has experienced temperate fluctuations over the millenniums.

Fortunately, we no longer have too contend with theologians inciting heresy and commutes of death.

They try and correct for non-climate related factors

In real science, the sea level is the sea level is the sea level. In agenda driven pseudoscience, theory (even the whole concept of “climate” is theory) is used to adjust data without saying so on the plots that you offer policy makers and the public! You confirm my argument exactly, by promoting pseudoscience, waving it in my face like a good old Drug Warrior who wants to jail my friends and steal their homes if they disbelieve your junk science hype. You don’t “correct for non-climate factors” except to force data to fit your single bullet theory that get you all of your research funding. The whole concept of “non-climate factors” lays the scam bare.

If there were even a significant minority of single site sea level records going back to the 1800s that did show an up-curve, there would be no skeptical movement since we would agree with you!

Set phasers on kill.[/quote][quote=“NikFromNYCeeeee, post:51, topic:9709”]…guys like Cowicide can only issue death threats to try to intimidate skeptics.

Don’t worry, Nik, I don’t think Cowicide has any phasers. He can only try to make you look foolish… and much as I appreciate his efforts, I think you have now made it certain that he is not going to be responsible for that.

But the big one for me is Email. Where do I go for an alternitive to that?

I mean yea there are pay options but being broke leaves you looking in the suboptimal places.

I hear ya. To be honest, there’s not fantastic email options out there (they’ve been shut down by our authoritarian government as you probably already know), but it’s being worked on. This is a political-technological issue. That’s why donating to the EFF is just as vital (if not more so) than creating better email alternatives.

I’d keep an eye out here:

Inside the Effort to Crowdfund NSA-Proof Email and Chat Services
http://motherboard.vice.com/blog/inside-the-effort-to-crowdfund-nsa-proof-email-and-chat-services

NSA-proof encryption exists. Why doesn’t anyone use it?

Computer programmers think they know how to build cryptography strong enough to resist the US government. So how come the NSA can read your email?

Yeah, it just burns my ass when I see all those climatologists buzzing around in their fancy cars with their fast women when poor, hard-working oil company executives have to get by on Kraft dinner and catsup. Those rich, playboy scientists will be the first up against the wall when the revolution comes!

Was looking at Open Mailbox but I dunno can’t find too much on it right now.
http://www.perseosblog.com/en/posts/openmailbox-an-alternative-to-gmail-based-on-free-software/

I mean I signed up for it (doesn’t require an existing email address for verification.) Annoying thing is the site keeps defaulting to french until after signup you go into the language menue.

Eh I’ll give it a month see if spam starts accumulating. Would like thoughts in another thread.

You follow “Spread Truth / Destroy Denial” politicians. I follow data. “Truth” is a profoundly anti-scientific religious concept, promoted by a divinity major whose is also the biggest hypocrite in human history, witnessed by a view of his mafia movie worthy ocean view palace: 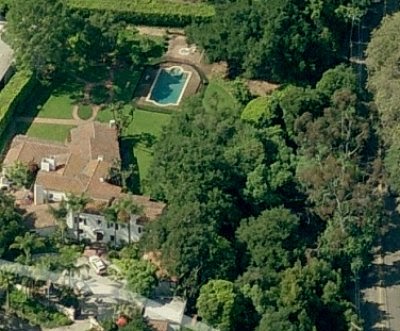 The Los Angeles Times reported last week that Al and Tipper Gore greatly expanded their carbon footprint with the purchase of their fourth l...

And chenille’s take on “Cowicide”'s posting of childish video clips is that he is making a fool of me instead of himself? The psychological projection here is as thick as smog. It’s all a kind of metrosexual grandstanding bravado, but mostly just pitiable group bonding. I’ve posted an argument today that stands for itself, being the only poster who ate Grateful Dead cook leftovers from Google’s cafeteria for a year or two, sleeping with your devil, two blocks from the NASA computer office that tarnished the reputation of our alma mater. But all you see is “AstroTurf” as you argue with official data plots and old NASA veterans and claim victory for posting a cartoon or two.

Now Cowicide posts about the NSA instead of doing something about it like I did back in 1994 as the PGP interface developer -=Xenon=-, seen here:
https://groups.google.com/forum/#!topic/comp.org.eff.talk/K4_hPCdS2Ks

AstroTurf, eh? Old school cool, more like it! Always a bit ahead of the curve, calling out BS, sometimes patiently. My work helped popularize PGP enough to create awareness about the Republican congressional Clipper Chip dictate which were hardware backdoors meant to go in all personal computers! Now I’m raising awareness for another issue, merely.

Yeah, it just burns my ass when I see all those climatologists buzzing around in their fancy cars with their fast women…

Phil “Hide The Decline” Jones of Climategate infamy is currently basking in Saudi Arabia which he now lists on his research papers:
http://mpc.kau.edu.sa/Pages-Prof-Philip-Jones.aspx

Who needs fast women when you have harems?

How the TPP will gut environmental protection
Climate debate - is it about science, or values?
Climate change and the point of no return
chenille 14 September 2013 04:05 #65

Who needs fast women when you have harems?

Wow. I take it you felt your scattering of picked data and quotes, insistence that all other sources have been corrupted, and various remarks about pseudoscientific agendas at NASA, hipsters who hate mankind, coding PGP, drug warriors stealing houses, mafia-style mansions, interpreting debate terms as death threats, metrosexual bravado, and eating leftovers weren’t enough to establish you as the voice of reason - so you decided to throw in some racism? Wow.

It’s a shame when scientific issues get politicized. Sure there may be debates as to the validity of a theory or idea, but it seems to me the arguing becomes disingenuous when political parties champion two different views. As seen here, both sides seem to be selective on what data they present and how, which leads me to distrust either of them.

Is there a good site where one can ask questions about climate change? I for one still have reservations about the extend of it being man made. From my interest in geology I’ve taken classes on the ice age cycle and how it helped form the earth as we know it today. (Like how this hunk of granite came to Kansas.) I know we are coming out of a little ice age, and it seems to me the planet warming up would be expected. I guess I am just not convinced that the changes seen and predicted aren’t “normal”.

I also have reservations that a lot of the data is speculative from simulations. I don’t think we know all of the forces involved in order accurately predict the future.

That said, I do support things like research into green and renewable energy. That just makes sense. I don’t like things like the carbon credit scheme. I think we should use our energies to adapt to the change, instead of trying to stop it. For example with the threat of rising sea levels. With the current levels as they are, we have evidence of settlements that are now under water. The coast line fluxes, and those who live there may at some point be forced to retreat, or engineer some grand solution to keep dry.

And as I close, I would just like to point out that in ~15,000 years from now everything north of South Dakota is going to be under a mile of ice. Buy up land near the equator, it will be worth a fortune one day.

As seen here, both sides seem to be selective on what data they present and how, which leads me to distrust either of them.

You know, the only paper I posted a link to was one that Nik selected, so I don’t think you’re being fair in that at all. But let me please offer an alternative: Google scholar. (Yes, I’d prefer to pick something non-Google based, but I don’t know of any equivalent yet.)

Here you can peruse all sorts of papers on the subject - at least the abstracts, but often many full articles if you try at a university. It should let you see just how much evidence there is, how plausible it is changes are natural, and even estimates of the costs of fighting vs. adapting to climate change.

It may not be a great way of making things accessible to the non-specialist, but it definitely isn’t filtering things, except a bias toward stuff that passed peer review. I think you’ll agree that’s as non-politicized as you are going to get. See what you find.

After reading this whole exchange, I’m pretty sure a shuttle-piloting dog has better odds of happening…

The Salon article cited (in very small print) by the petition states that Google, FB, and Yelp are working with ALEC to promote anti-SLAPP legislation.

Granted that ALEC does much evil – is it possible that Google et al are only working with them on this one, laudable issue? And that any funds are only spent on this issue? And if so, should they be punished for this?

My browser does not find “SLAPP” anywhere in this entire comment thread. Did no one read the article?