Hell on Earth: how to imprison a person for 1,000 years

I don’t think recidivism rates matter if you can sentence someone to infinity.

DS9 was there first.

I’m pretty sure I saw an Outer Limits episode with David Hyde Pierce with that exact premise. It was horrifically depressing.

With the near limitless utopian possibilities of virtual simulations, it’s stuff like this presented as a good idea that makes me want to blow up computers. This has to be the most extreme example of Benthamite small mindedness I’ve ever seen, where every technology is judged on it’s “utility” to exercise social control.

Am I the only one who thought of this?: 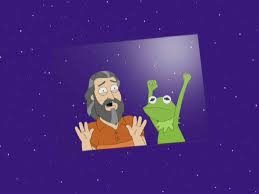 If you can simulate 1,000 years of hell for bad people, it should be easy to feed in 12 years of memories a happy, enriched childhood to kids so they don’t end up as monsters in the first place.

I’ve never really understood how this was supposed to work. Does the Sarlaac magically keep the contents of its stomach alive? Even ignoring how, wouldn’t the energy required to do so outweigh the energy it could extract from the victims?

“In the US, for instance, the vast majority of people on death row appeal to have their sentences reduced to life imprisonment. That suggests that a quick stint in prison followed by death is seen as a worse fate than a long prison sentence.”

It really does not surprise me that someone with reasoning this poor ended up as an evil philosopher.

I think that was a case of Lucas not thinking things through. Imagine that.

I could see that being the kind of supercrime that would justify an eternal sentence.

In actual application - ‘anyone who I dislike or disagrees with my great policy ideas.’

Christ. Just think, someone is paying this ninny a salary. Maybe I committed some crime, and I’m currently on drugs that have made me forget it, but believe that I live in a world were such simple-minded drivel receives news coverage. It must have been a pretty heinous crime.

‘‘The G-23 Paxilon Hydrochlorate that we added to the air processors. It was supposed to calm the population, weed out aggression. Well, it works. The people here stopped fighting. And then they stopped everything else. They stopped going to work, they stopped breeding, talking, eating. There’s 30 million people here, and they all just let themselves die.’’

Double Infinity plus 10, to run consecutively!

I am deeply confused by why this is news. I will grant you that it is entertaining to think about, but as has been noted, this is stuff that has been covered in an entertaining fashion by science fiction TV episodes several times over. Why do we need a “philosopher and a team of scholars” to “research” the topic and spout fanciful notions about technologies that do not exist?

…Oh, but of course: this way people will pay so much more attention to their mundane research than they otherwise would.

Yep. Incarceration - the loss of freedom - IS the punishment. There’s no requirement or utility in doubling down on that.

Unless it feeds psychically on suffering, or likes to keep tummy pets.

This is disgusting. I don’t care what crime anyone commits. I don’t want them to suffer at all. There is no evidence that stronger punishments deter criminals from their behavior, so this won’t deter anyone. All it does is torture someone. With how badly regular prison’s effect mental health, I don’t want to imagine what this would do to someone.

In my ideal world, criminals are not punished, but educated, and kept from hurting others as needed.