Tonight, tens of millions of Americans will wind down from a day of work or school with a leisure activity that did not exist a century ago: video games.

Until fairly recently, games were considered a niche hobby, typically associated with children. But the industry has grown widely in recent decades. About two-thirds of Americans, most of them adults, play video games. The video game industry was worth nearly $200 billion in 2021 — more than music, U.S. book publishing and North American sports combined. It employs hundreds of thousands of people in the U.S. alone.

Some of you non-gamers are probably wondering why you should care. My answer is that the game industry’s story is a universal one, of a new business growing up and becoming a major cultural institution, one that hundreds of millions of Americans regularly engage with. It is similar to the rise of the movie industry or football over the past century. They are now cornerstones of American life that started as niche forms of entertainment.

And similar to the types of abuses and tragedies in Hollywood or the N.F.L. that reverberate beyond fans of movies and sports, the game industry has also faced accusations of brutal work conditions, discrimination and harassment.

The conditions have prompted more workers to move to unionize. This month, Microsoft recognized its first union after video game testers organized. Today’s newsletter will look at how game developers are confronting problems that have entangled other companies, including Amazon and Starbucks, as workers push to shape a relatively new industry.

“Game developers are not alone in this,” said Johanna Weststar, an expert on labor in the game industry at Western University in Ontario. “There’s been a rise in worker activism across many different sectors.”

A common refrain in the video game industry is that no one goes into it for the money; they could earn more doing similar jobs at other software companies, but instead passion drives them to games. Industry workers have accused employers of taking advantage of this devotion to allow poor conditions to flourish.

“The impact so many games have had on me — I want to be part of giving that to someone else,” said Amanda Laven, a game tester at the company Activision Blizzard. “Corporate leadership know we’d rather be here testing a video game than another piece of software, so they can pay us way less.”

Among the more criticized practices of the industry is “crunch,” when employees are pushed to work 60 to 100 hours a week for up to several months to hit a milestone on a project. Jason Schreier, a video game journalist, highlighted the issue in Times Opinion in 2017. While crunching, one programmer working on The Elder Scrolls V: Skyrim in 2011 ended up at an emergency room three times because of severe stomach pain. After he stopped crunching, the pain disappeared.

Video game companies say that they sometimes need crunch to finish projects on time and on budget, but are working to minimize their use of it. Workers like Laven argue that many companies have done too little and continue to overuse crunch.

Activision Blizzard says it pays employees more than its competitors on average and tries to mitigate crunch by paying overtime, spreading hours among team members and expensing meals. “We care deeply for our employees,” said Joe Christinat, a spokesman for Activision Blizzard. “We don’t want any of them to feel like they have to make unfair sacrifices.”

Another pervasive claim: gender-based discrimination and sexual harassment. In 2021, California sued Activision Blizzard for what the state described as the company’s “frat boy” culture in which women were underpaid and sexually harassed. Activision Blizzard said that the accusations were a misrepresentation of the company’s inner workings, and that it had taken steps to improve its culture in recent years.

The accusations got a lot of attention, but those in the industry say the problems go beyond Activision Blizzard. Other big companies have also faced claims of discrimination and harassment, including Riot, Ubisoft and Sony. Those companies’ responses have ranged from saying they’re working to be more inclusive to dismissing some accusations.

Schreier has written that many of these problems go back to the early days of the industry, when game developers facilitated “a frat-like image of boys who pulled all-nighters to make their games, pounding Diet Cokes and pizzas and who kept pictures of scantily clad women on their desks.” But as games have grown, workers’ expectations have changed. 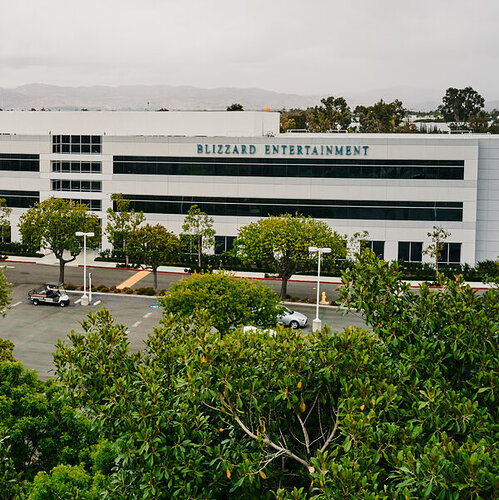 The conditions have driven more employees to try to unionize, including several studios at Activision Blizzard and Microsoft. Organizers told me that dozens more efforts are underway in the U.S., though most are not public yet. Most game developers support unionization, a recent survey found.

Companies have responded differently to the efforts. Microsoft pledged neutrality when its workers moved to unionize. Activision Blizzard (which Microsoft is trying to buy) has tried to block unionization drives.

The push to unionize is part of a broader trend in relatively new industries, including tech and digital media. Spurred by what they see as poor conditions, many employees in those sectors have come to see unions as the best way to protect themselves. The total number of union members nationwide increased by nearly 300,000 last year, my colleague Noam Scheiber wrote.

Some workers described this drive as part of a process as the game industry is fairly new and still experiencing growing pains and professionalization. By leveraging the current moment, they hope to change the industry for good.

What a garbage story, full of assumptions, strawmen, and fallacies… 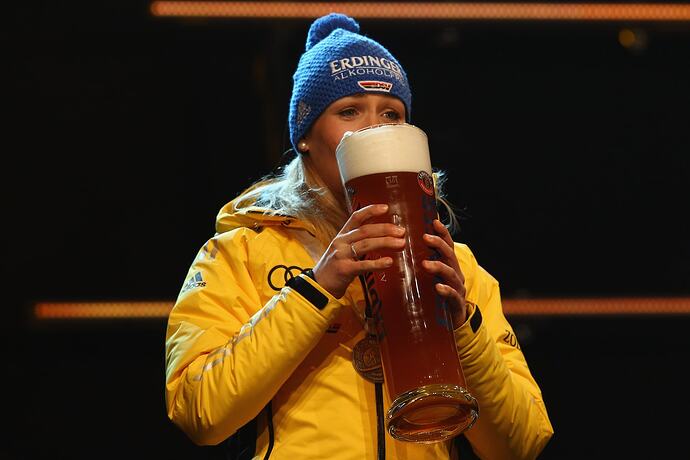 For performance, recovery and overall health, nonalcoholic beer is a better choice than regular beer or even a sports drink. 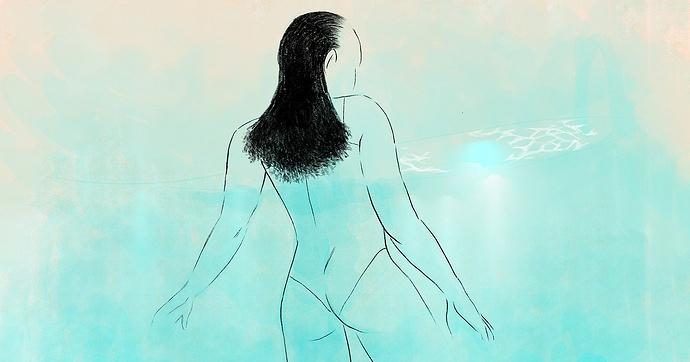 When I was young I was sexually abused. It took me years to learn how to move through it. 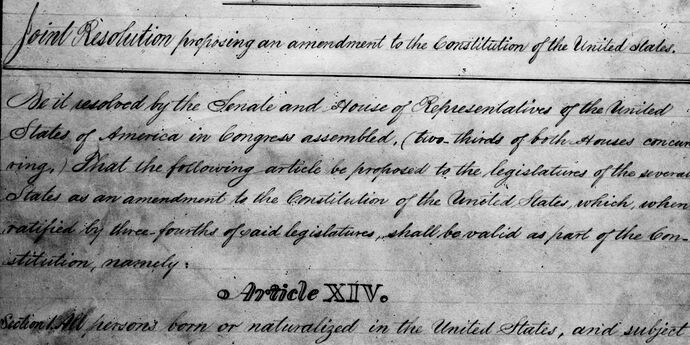 The 14th Amendment's Time to Shine Has Come

We are allowed to use the whole Constitution, even the amendments!

An interesting technique for getting folks indoctrinated by the GOP/GQP to think about inequality in a different way: 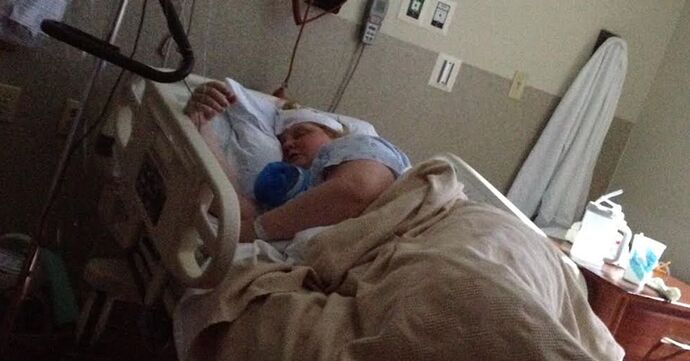 I Took Oxy And Fentanyl For Years. Here's What No One Is Telling You About...

"I prided myself on being tough and not complaining — even when I had to crawl on my hands and knees down the stairs to have a family dinner." 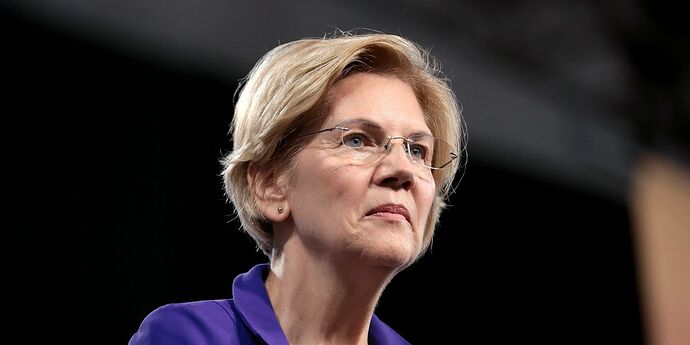 On Monday, the Post ran a thumbsucker in which unnamed “Democratic leaders” wondered whether Kamala Harris has presidential mettle. The news peg was Elizabeth Warren’s less-than-sanguine remarks Saturday on a Boston radio show. The US senator said...