This is misanderist. Your post is implicitly saying that men are the abusers. Women instigate domestic violence in an equal number of cases as men. That’s established fact.

You are talking about other people. Don’t you know it’s all about ME ME ME!

There was one example of an abusive male who spied on his victim before murdering her, everything else was genderless. No-one here is claiming that only men are the abusers, except for you as part of a straw man argument.

Now you can be constructive and discuss spyware increasingly being a part of domestic violence of all genders, or you can continue on your pointless selfish rants.

Or are you trying to be censored to prove a stupid point?

Ummmm… where is that established fact?

The post was clearly male blaming. And take your bullying language elsewhere. It has no place here.

(Yes, I know free speech isn’t guaranteed on boingboing, but intheriggen complained about censorship here earlier today, yet wants to censor me. I don’t like double standards.)

The post says that sometimes men abuse women and gives an example.
In the realm of sexual politics I don’t think there is such thing as “established fact.” There are so many variables at play that it is difficult to decide if any given study is biased or not.

And take your bullying language elsewhere. It has no place here. 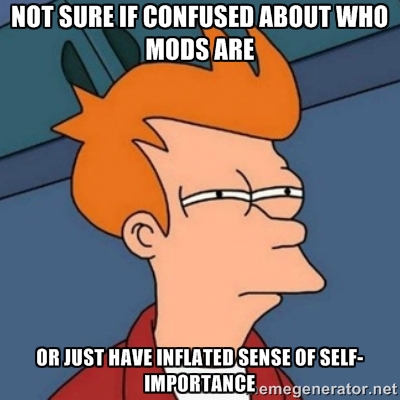 “Misanderist” was too cute, wasn’t it?

EDIT: I moved this off-topic escapade to its own cute 'lil thread, so that the original can be about the post.

Protip: “Please ban me so I can say I was censored” always works!

"Good Ship Venus", also known as "Friggin' in the Riggin'", is a bawdy drinking song devised to shock with ever increasingly lewd and debauched sexual descriptions of the eponymous ship's loose-moraled crew. The tune usually used (especially for the chorus) is "In and Out the Windows". The lyrics exist in numerous variations. The opening verse is typically something along the lines of:

are you trying to raise awareness of anything?

I’m sure if she knew how bad it would make you feel, she would have chosen not to ever get murdered in the first place.

Trying his best to raise awareness of his serious mental misgivings.

The sad part is he’s probably not trolling in the classic sense. He likely sincerely believes the shit he’s spewing.

Where is there one instance of a gendered description of the abusive spouses in that BB article? Where?
[oh yeah. Right in the first sentence. Derp. Ah, well. YOU SHOULD ALL BE SORRY, BOINGBOING]

There was one example of an abusive male who spied on his victim before murdering her, everything else was genderless.

I really don’t want to agree with intheriggen since they’re obviously a troll, but the article actually does refer to three other cases specifically, all with female victims.

One victim’s partner was monitoring her emails after hacking her account and another had her Facebook page saturated with graphic information by a former partner. One woman was tracked to a refuge using a GPS-based smartphone application.

These two paragraphs also refer to women rather than using a gender-neutral term.

Yet new technologies such as GPS trackers and mobile phone spyware are increasingly being used to stalk, harass and threaten women in a new form of domestic abuse that legal experts say is highly disturbing.

In a Victorian study last year, 97 per cent of domestic violence workers reported that perpetrators were using mobile technologies to monitor and harass women in domestic situations.

I expect Spousebusters, the company the article refers to as selling spy gear, has a good idea of who buys stuff from them.

Sadly, they’d be a pretty inefficient business if they didn’t…

This topic was automatically closed after 1055 days. New replies are no longer allowed.