Possibilities, in order of likeliness to have happened:

Yep - but on (1) what would the target be? Delhi? To be frank, the US / Western Europe / Russia / China wouldn’t allow the jet to fly unimpeded in their airspace.

PM of Malaysia steps up, pretty much warts 'n all statement, looks like he’s centralising control of the story and canning the chit chat going around. All the data is out now, so the political response is now a by-product rather than an influential factor in the investigation.
http://www.thestar.com.my/News/Nation/2014/03/15/missing-mh370-najib-statement/

I’d look for an island with a dormant volcano. Because it sounds more and more like a Bond-movie villain is involved in this somehow.

It’s a scenario that has to be considered, but before even getting to mulling targets, the scenario requires that the plane was landed where it could be refuelled and probably modified (electronics/communications, markings, perhaps explosives if a full load of fuel is insufficient combustible matter for “their” nefarious aims)… All without detection. Sounds like a pretty tall order to me.

On the other hand, if all you want to do is crash a plane into something, wouldn’t you just commandeer one within range of your target? This case proves it’s still possible to commandeer a plane in this day and age (and I very much doubt Malaysia is the only place it could happen), and to fly it undetected for hours, possibly even violating several countries’ airspace in the process. Why add so many layers of complexity by landing, modding, and then going for a target? Because you want the passengers alive for some reason? Sounds unlikely.

As for Delhi, I doubt India is all that much easier a target than all the other countries you mentioned. It is after all involved in a nasty, long-running cold war/nuclear standoff with Pakistan… Diego Garcia is an atoll just south of the equator in the central Indian Ocean, and the largest of 60 small islands comprising the Chagos Archipelago. It was settled by the French in the 1790s and was transferred to British rule after the Napoleonic Wars. It was one of the "Dependencies" of the British Colony of Mauritius until it was detached for inclusion in the newly created British Indian Ocean Territory (BIOT) in 1965. Between 1968 and 1973, the population was forcibly removed by the United ...

Yeah, that’s my point - if it was a 9/11 scenario, you’d use the aircraft once you had it. It would never make it through US etc airspace, they’d shoot it down. Unless more Bond villain stuff.

Yup, even if you were going to land, refuel, mod, etc. presumably you’d want to do your dastardly deed while everyone was still looking for wreckage thousands of miles away. With every passing day, you lose more element of surprise…

… ATC seems to have received the “all right, good night” message after the transponder was swtiched off.

So if anyone’s seen those videos of FlightRadar24 etc showing the plane turning red and disappearing, that’s what would have happened, in front of ATC eyes, unless their software is real junk from the 50s (which, by all accounts, it isn’t).

The Malaysian Minister of Transport and Minister of Defence are one and the same person. He’s the cousin of the prime minister, the son of the 3rd prime minister of Malaysia, and the grandson of the guy who founded UMNO, the ruling party (that maintains a facade of democracy to the world). You can see how this works quickly into a story of a ruling elite, which obviously throws up issues around share of power and wealth internally etc.

The Malaysians are refusing offers of assistance in the investigation (not the search though), even though they utterly lack the capability to undertake it.

This author - Kenneth J. Conboy - has written a lot (I’m picking this up from news, I’ve never read him) on militant groups in SE Asia.

Internally, Malaysians have been increasingly concerned with the moves towards (note: not yet to, just towards) harder line islam over the last couple of decades.

So this new piece of news, from the Prime Minister, is hugely concerning. It could indicate a level of sympathetic behaviour within air control (be that civil or military) that at the very least caused adequate un-responce to occur that we are where we are. You could go a lot further than that without it being apparent there was any involvement.

The Malaysians are releasing info only as it becomes apparent that if they don’t, it’ll get spotted and media-ised.

This is a deepening mystery, and looks set to get political. 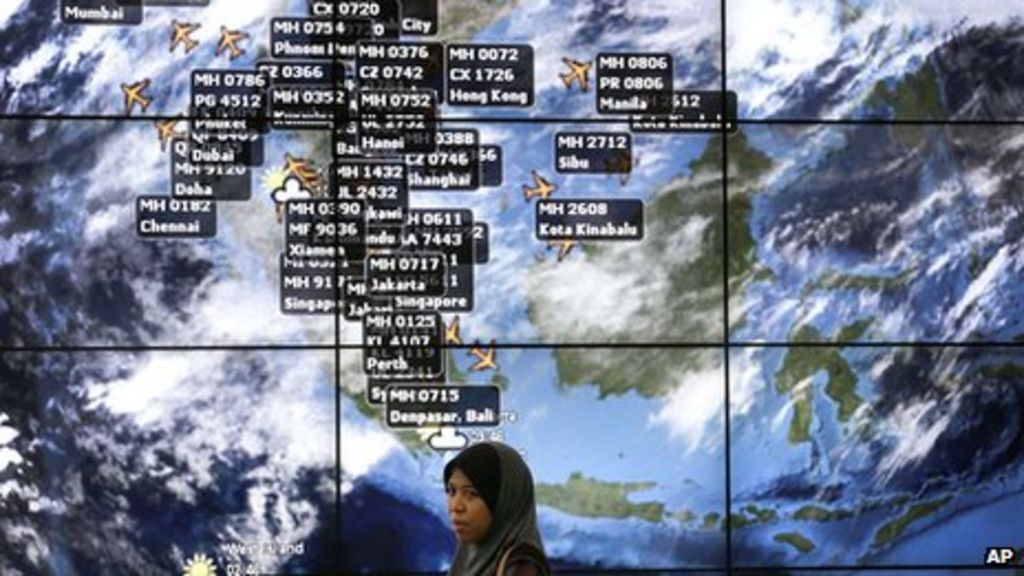 MH370 and the military gaps

Questions are being asked about the inability of the Malaysian military to spot the disappearance of flight MH370, and what gaps there might be in regional military air defences.

Or 370 was a test run for something more sinister still to come.

Everything was going peachy. Then there was a fire in the avionics room beneath the cockpit.

The fire was put out, but the AWACS and all electrical systems went out.

Since the engines power the hydraulics, the plane was still able to fly, but it was flying blind, at night.

In the commotion, the plan got turned west. They thought they were still heading north. Flying over west over Malaysia they think they’re flying north over the coast of Vietnam.

They turn west, which is south, to head for China to look to land there. This leads them to the middle of the Indian ocean where they ditch.

The Chinese separatists could have taken the plane. They’ve been restless (rightly so) for a long time, and have been active of late.

I have no expertise, but do planes not have a compass as a backup for figuring out their heading? Is there something between highest-tech avionics and looking out the window?

Other than that question, your theory sounds reasonable to me.

I would venture yes. Gotta be - there have been so many electrical failures over the years, I certainly wouldn’t want to fly an aircraft without the very basic, hard to break systems.

Middle of the cockpit just below the upper instrument panel, sticking down. Right in front of the pilots.

North Korea’s been rattling the sabres a lot lately, recently firing nearly 30 short and medium range missiles. Rumors are they were supposed to be about ready to conduct another nuke test.

But they never did it.

And now a craft capable of reaching the west coast has gone missing.

It’s plausible, except EXACT waypoints were programmed in. So at least at first, whoever was inputting those codes knew which direction they were flying. And, why did the plane climb and drop? We can’t know until we find the damn plane.

Were they exact? Or did it meander? I don’t know.

If the airplane’s routes were controlled intentionally by selecting the
heading or by programming the flight management computer, the flight
path would be very straight, then a turn that would last usually from 10
to 30 seconds, followed by more straight flight.
http://edition.cnn.com/2014/03/16/opinion/palmer-malaysia-flight-370/index.html?hpt=hp_t5

What I heard was the thing or things that got programmed in were precise waypoints. Now, how and when and what the plane did? I have no idea. But the fact that the stuff input into the computer was precise is interesting in itself.

Maybe there was a fire and they only had seconds to try to program the thing, and then everything went up in smoke. So they got the programming done, but they couldn’t do jack after that because they were busy coughing and fighting for their lives.

The topic was closed before the plane was found
← previous page