One of my neighbors a few years ago shared with me his backstory. To me he was a super smart guy with a equally smart wife and kid, they owned a cute but modest home and he had his own successful business doing painting and home repairs. She taught math at the local college.

But before this life. When he was in his twenties he had a mental breakdown of some sort. Lost his job. He didn’t have any family to act as a safety net. He ended up on street. He self medicated to cope. A couple years went by. Eventually he realized he needed to fight his way out of this life on the street or he was going to end up dead like many of his friends. He said the biggest challenge was trying to get cleaned up for an interview. Trying to find a place to shower and shave and maybe clean his clothes was the difference between getting the most basic job or not.

I think this is a good start. Say what you will about a Tuff Shed, it’s better than a tent. Freeform homeless camps already pool resources, so this should also help with that, since it’s a bigger community than a few tents. And one big thing is the ability to get clean when one needs to. It’s not just for job interviews. It’s for going to court, for visiting your kids or family, using the library computer without getting kicked out, etc.

I think this is a good start.

It is. Unfortunately, it’s probably what they also consider close enough to a good end to addressing the issue.

they’re not fixing the underlying problems that cause homelessness

I would disagree, in some cases just getting out of the city and it’s negative environment can be enough. They can be quite positive programs. In San Francisco the Homeward Bound program does great work. Granted there are same prerequisites. They aren’t going to ship people off to just anywhere. They will pay for your bus ticket if:

If all of the people in San Francisco that fit these prerequisites were assisted in this way it would greatly impact homelessness in that city at the lowest cost.

Its also been scientifically proven several times over that a city will save money if they provide adequate housing to the homeless so why turn around and give them literally the worst accommodations possible?

Right; skimp on giving them adequate food and shelter and we’ll just end up paying more for things like the additional cost of emergency health care. More efficient to just provide them with the basics to begin with.

I can point to a piece of empty land in Oakland that was about to be sold for development… But community activists “occupied” it and stopped the sale as a "community garden.

It now sits completely idle. No garden. Just a bunch of signs declaring it “the rose that grew from the concrete”.

I can point to another near by development still being rebuilt after having been burned out not once but twice in the past couple of years… Before being completed.

While all of this has gone on, one of the CIty Council members has cost the city nearly a million dollars in court settlements for, shall we say, less than professional and VERY public behavior. The city has been spending a million a year for literally decades in the name of “community pride”… Hosting professional sports for one particular team. Yes, they give the city 7 million… But it has cost 8 million.

And the electorate has consistently supported all of this by re-electing them and people like them, as I say, for decades.

None of this has ANYTHING to do with gentrification or displacement, but with an utterly corrupt electorate that votes down anything that Oakland’s version of Tammany Hall doesn’t profit from.

I feel like additional programs can be plugged in to this if they aren’t already to give the homeless confidence,

Oh, yes. I could think of all kinds of “programs” plugged into fenced and gated camps for the poor. A bit of “clean up”, building the Autobahn…
There’ll be cheap labour enough once the homeless have the choice of going directly to jail or to the camp. And also no need for affordable housing because everone is taken care of - or “Jedem das Seine”, as the original fathers of the idea put it. 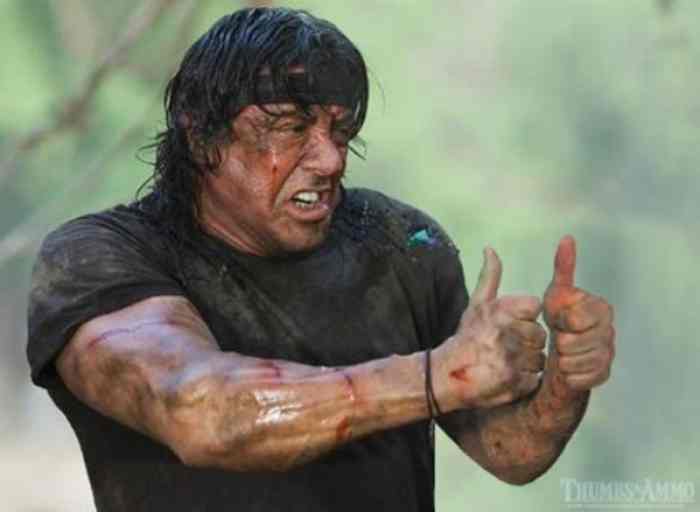 Also note how i mentioned that they would be paid for it. So giving them job opportunities as also exploitation? But fuck me, sorry for my compassion and expressing an opinion.

Putting a growing number of people into fucking slums, fencing them-off and in a patronizing way thinking of ways to make “useful human beings” out of them is what you call compassion? Wow! Here’s the Manchester 1850 prize of empathy and social conscience for you…

Unless you have been homeless or worked in outreach to homeless persons and can elaborate on the specific flaws of this program, I don’t see the massive negativity here as all that useful.

It sounds like it’s voluntary and an experiment. If it’s not working for residents, they’ll leave, and clear-headed people will hopefully ask what can be done better next time.

There are some parts of the country where local governments either don’t have or don’t enforce zoning ordinances or building codes if you are building housing for people who can’t afford housing that meets those codes. It allows people to get housed now and then work their way up to better housing.

I do not think this can be accomplished in the existing framework of law and society.

What does this even mean? Just build some goddamn housing and make it available to people that demonstrably need it. These don’t have to be luxury condos - a few hundred sqft and basic necessities (shower, electricity, basic appliances, running water, and a locking front door will be more then enough for most). As others have said there’s plenty of land just going to waste that could be used for this.

What wondrous ways your mind works.

in some cases just getting out of the city and it’s negative environment can be enough.

Unless of course, you’re still homeless, in the suburbs, without access to jobs, housing or public transit. It’s literally the city pushing the problem into the suburbs, or in some cases other states. Suburban communities likely have far less resources for dealing with the problem of homelessness, compared to a large city.

It sounds like Homeward Bound isn’t what I’m talking about though, which sounds like it has some upsides, but I’d argue it’s still the city seeking to gentrify the environment and rather than dealing with the underlying problems of homelessness, they’re rather pay to get the homeless out. Either way, I’d suspect that’s probably an outlier to the phenomenon I’m discussing here.

They could be like San Jose. Get approval for building projects by promising a certain percentage of low-income apartments, then after building is complete renegotiate the deal and make an entire complex of luxury apartments. Wash, rinse, repeat.

What does this even mean?

Perfect is the enemy of the good dontchaknow… so why bother. Besides Reagan forbid we help those who need it.

This solution isn’t perfect but if it can give them some stability with an actual address to do things like get a bank account, a job, and move out to more permanent digs this is goodness.

As far as better housing goes possibly the new pod apartment setups. Private bed/bath and shared kitchen would be a good option.

The point of the program is not to cleanse the city streets but to deliver them into the hands of a close family member that could try to practice at-home rehabilitation and reentry. This seems like the most holistic approach I can think of, be they from other states or right next door. Talk to the outreach case workers and they could probably articulate better than me, it is not an attempt to gentrify; rather, it is a brilliant way to aid homeless people that come from other cities. 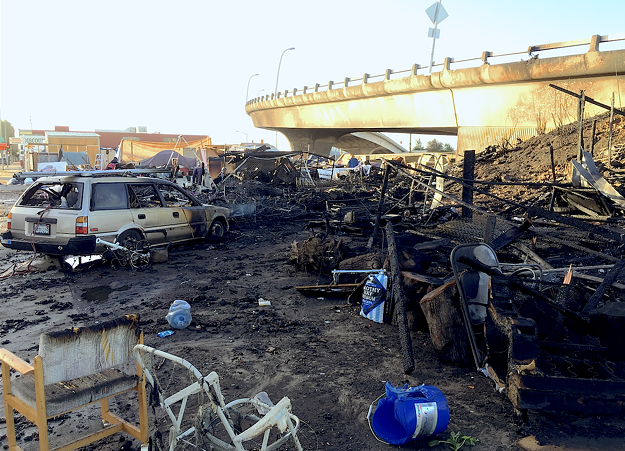 No one died in the blaze.


I pass by that site often and it’s remarkable that no one was harmed, given the density of flammable materials; wood, tarps and tents. Any developments like this that improve safety and stability for the people living there is a positive step.

The location in the link above is notable in the area because it is adjacent to a swath of readily accessible and low-hassle parking. The homeless population in this area has noticeably expanded over the last couple of years to include many more people with cars, and seemingly with more possessions indicative of having been homed recently. (Things like barbecue grills and landscaping tools). You can see a great deal of effort by the residents going into the campsites to make them more livable.

It has happened before too BTW -
http://picturethis.museumca.org/pictures/view-pipe-city-estuary-oakland-california

The point of the program is not to cleanse the city streets but to deliver them into the hands of a close family member that could try to practice at-home rehabilitation and reentry.

Yet, it still has that effect for San Franciscans who don’t want to be reminded that their ability to live in one of the most expensive cities in the US comes at a cost… It strikes me as still getting to decide who “belongs” to the city and who doesn’t.

Plus, it ignores the fact that many people just don’t have those familial connections to draw on in the first place. What about them?

If it helps, that’s great, but it’s still not getting at the root of the problem, which is treating housing like a commodity instead of a human right.

What does this even mean? Just build some goddamn housing and make it available to people that demonstrably need it. These don’t have to be luxury condos - a few hundred sqft and basic necessities (shower, electricity, basic appliances, running water, and a locking front door will be more then enough for most)

Average new construction price in San Francisco is currently around $330 per sq. ft. (Sky high, in other words.) This project seems to come in about $73 per sq. ft. And they’re built with far fewer square feet (granted, mainly because they leave out things that most of us expect in a home.) But the net result is that more people can be indoors for less money.

Should we be spending more on low-income housing? Absolutely. But if a bunch of private donors like this want to get together and use their own money to do as much as possible to help, this project seems like a reasonable effort.