How is that possible? I looked it up, the test they made them do is a citizenship test.

In my experience, your average native-born citizen in the U.S. is just less informed about American civics and history than is your average naturalised citizen. The latter has a clear motivation to learn and embrace these things, while the former has been ill-served by the public K-12 education system and has been taught to believe that what most makes an American is to be born in the U.S.

My experience was they did a bad job of that too.

I had to learn about [my own local history] on my own.

I lived outside of Grantham for a bit, and had my kids in school there. The very nature of its boredom made it easy for my kids. Isaac Newton Margaret Thatcher. The end.

The Germans have had ongoing problems with German neonazis despite best efforts in the German legal code.

One would think they’d have more experience dealing with it, but it turns out crazy people are hard to deal with.

The Dark Side of State Power: Exploring Right-Wing Extremism in Germany's...

The Hitler salute, threatening emails, weapons staches, terror cells: Numerous police officers and soldiers in Germany have engaged in right-wing extremist activity. But how big is the problem and what can be done about it? A DER SPIEGEL...

We in the U.S. have our own ongoing problems with the same, now emboldened by Cult45. Covered elsewhere but worth repeating:

The government’s response to known connections of law enforcement officers to violent racist and militant groups has been strikingly insufficient. 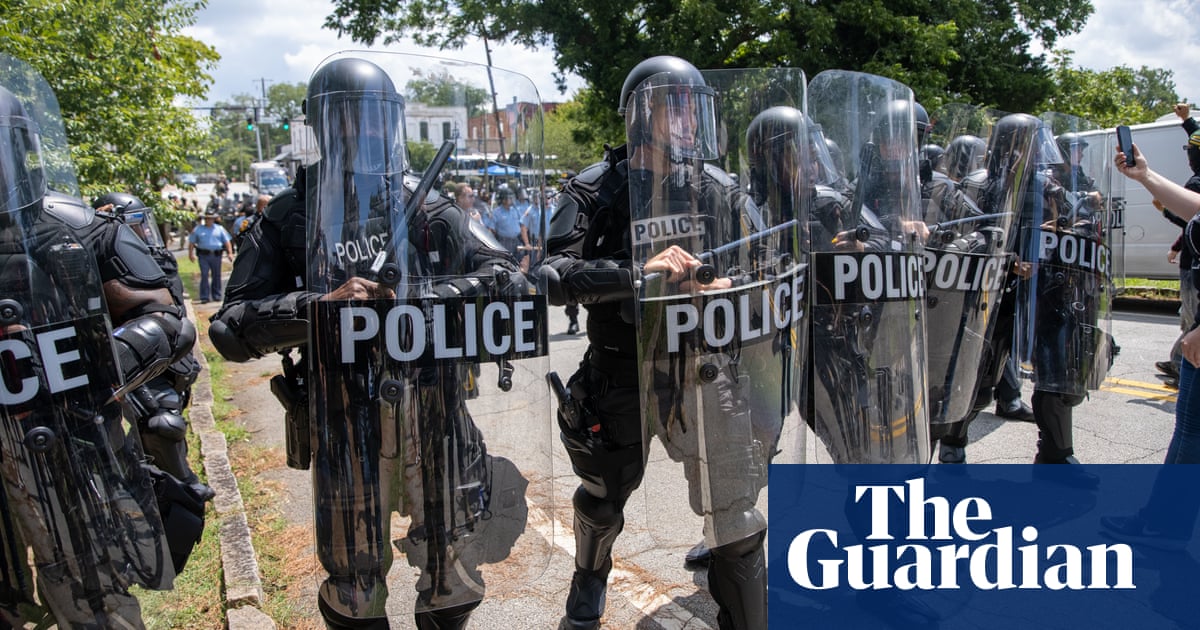 White supremacists and militias have infiltrated police across US, report says 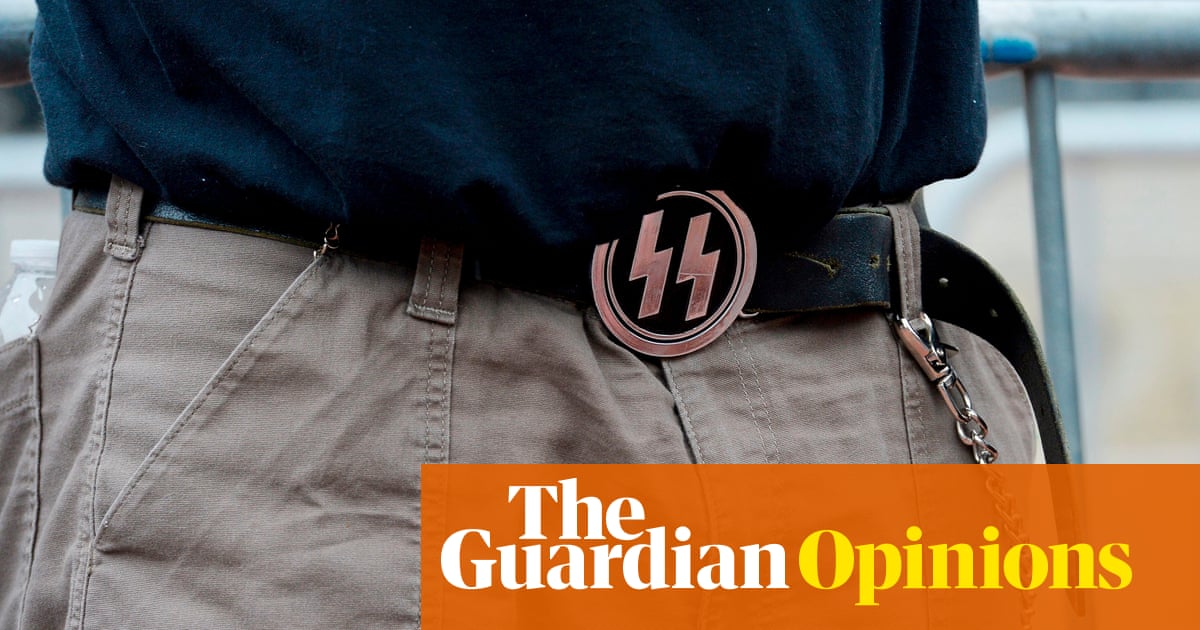 The FBI warned for years that police are cozy with the far right. Is no one...

I was an FBI agent who infiltrated white supremacists. Too many local police don’t take the far right seriously – or actively sympathize

It was hope for the best, but prepare for the worst. One of the main examples I can think of was the emphasis on reading. None of us learned to read in school. We’d already learned at home before we got there.

It was the same in my household.

The Germans have had ongoing problems with German neonazis despite best efforts in the German legal code.

Yes, this is what I’m talking about when I discuss living memory. No other country has ever made the effort to confront its brutal and horrific history like Germany has. Not just the legal code, but the school curricula, the museums, the monuments, the oral histories and documentaries.

And yet, despite all that, the moment that most Germans who lived through the fascist period die out we suddenly see AfD candidates winning a lot of seats in parliament and suddenly see cells of bloody neo-Nazis being turned up in the police and military.

I was going to say something witty or insightful but just can’t because a hundred generations of my ancestors are whispering “It is about to happen again.”

It ain’t much, but this is why I follow and re-tweet several Holocaust twitter feeds. Never forget and never again.

25 June 1943 | The construction of gas chamber and crematorium III was completed at the German Nazi #Auschwitz II-Birkenau camp. It had 210 sq. meters gas chamber and five 3-muffled crematoria ovens that could burn up to 1440 corpses per 24-hours (according to the producer). https://t.co/1KbRUwtVDm

And knowing “auschwitz was a concentration camp” gets you much further?

No doubt, the US is doing an awful job with education. The focus on dates, names, and places makes it very easy to test but also very easy to forget the causes and background of tragedies.

It doesn’t matter for avoiding repeated history is what Hitler’s name was, the years the holocaust happened, or that it was in Germany. What matters is a country was left in tatters after a large conflict, which invited an awful person to blame ‘others’ for the countries problems, leading to awful treatment of those others. Thats the part the history needs to teach to avoid.

Right now this is playing out nearly exactly in the US right now. The ‘left in tatters’ part, for the US right now, is partially a lie, and partially very true for people being left in the dust from automation, globalization, and other forms of ~progress. Others were blamed, and those others are now being treated terribly; kids in cages etc.

Knowing 'Auzhwitz, Hitler, 1940ish`, or ‘Germany’ won’t help avoid. They may be mediocre litmus tests or canaries in the coal mine. The solution is not more memorization. A possible solution is asking kids (or adults, jesus) to write about how they would feel under those circumstances from numerous points of view.

Take out the words “German Nazi” and 56% of the respondents to that survey would have no idea what that tweet was about. That’s why knowing the name of the camp matters.

The focus on dates, names, and places makes it very easy to test but also very easy to forget the causes and background of tragedies.

Just because dates/names/places are prioritised over deeper analysis does not mean that the former aren’t a required basis for the latter. The discussion has to be more than theoretical and general – students have to understand that these thing actually happened for real at a particular time and place to other humans and that they can (and do) happen again now.

If you want to know what happens to a country that, unlike Germany, doesn’t care about place names, look at the one where the name “Whitney Plantation” – despite having the same impact on visitors as Auschwitz – would be known to (at best) 10% of respondents. Then consider that many students in that country are still being taught that the Civil War was about states’ rights and that slavery wasn’t so bad.

Not just the legal code, but the school curricula, the museums, the monuments, the oral histories and documentaries.

In West Germany, we conveniently left Nazis in positions of power, academia and industry, though. That’s why we had the 1968 movement, and the German Autumn. And across the border, the GDR simply decided everyone on their territory was an antifascist by definition, so 1990 we were reunited with another half that hadn’t dealt with its fascist at all.

And yet, despite all that, the moment that most Germans who lived through the fascist period die out we suddenly see AfD candidates winning a lot of seats in parliament and suddenly see cells of bloody neo-Nazis being turned up in the police and military.

That is a bit of a misrepresentation. We had far right parties since WW2: DVU, NPD, Republikaner, and arguably even the CSU (remember Strauß’ famous statement “to our right is the wall”?). We had lots of forbidden Nenazi organizations, and military and police were always leaning heavily to the right. Even our secret service was built by bunch of Nazis right after the war, and has a tradition of turning a blind eye to fascist to this day.

I think categorizing the very basic facts of WWII (or history in general) as memorization is little misleading. There is a big difference between expecting someone to explain the differences between the Schlieffen Plan and Manstein’s sickle cut, and expecting them to know that Hitler was the leader of Germany and the Holocaust occurred in the 1940s.

For sure. In the 1950s my aunt went to a Swiss boarding school that educated (amongst others) the daughters of German industrialists and bankers. No change in pre-1945 attitude with them or their parents as there was with Germans who weren’t shielded from the worst effects of the regime by their money and privilege.

And yes, post-war de-Nazification was far from comprehensive, although that can be laid as much on the doorstep of the various occupation authorities as it can on the Germans themselves.

We had far right parties since WW2: DVU, NPD, Republikaner, and arguably even the CSU (remember Strauß’ famous statement “to our right is the wall”?).

Did they go from 0 seats to 13% of seats in parliament like they did in 2017, though? My point about the AfD is that it’s not some fringe far-right party but a mainstream Nazi-adjacent party.

And yes, I’m sure that there were many forbidden neo-Nazi orgs, but what we’re seeing now is not just military and police leaning heavily to the right but members of those forbidden orgs making a concerted effort to infiltrate the German national security apparatus.

10-15 years ago these were fringe types who were too few in number to be a danger. Now it’s a different story. The law hasn’t changed. The educational curriculum hasn’t changed in intent. The museums and monuments are still there. The documentaries and oral histories are more accessible than ever. So we have to ask ourselves what has changed since 2005 or so.

How many problems do we have that have lack of education as at least part of it?

I have never even set foot in the United States.

Well, that probably explains it. The US exports its culture, which includes its history. But it does not teach it very well at home.

They might have a better shot at the second one if you say Mao?

In what way? Westover’s experience is not really typical of anyone but a tiny fraction of people, is it?

History education that evolved along with the nation-state functions to reinforce that structure. It seeks to naturalize itself, so we inevitably get a narrative that downplays the violence and oppression in favor of a nicer, whitewashed version of historical processes. Anything that happened that was racist, misogynistic, antisemitic, homophobic, etc, etc, just gets waved away as “mistakes were made” and “we’ve learned from that”. They are also told in a way that doesn’t do full justice to how brutal, messy, and complicated events like the Holocaust (or the enslavement of Africans or the Genocide of indigenous people, etc) actually were, how connected to the past and the present they are.

Still weird, because “We were the good guys in WWII” is part of the nationalist story that the US likes to tell about itself. And the extreme levels of Evil perpetrated by the Nazis is part of the proof.

Talking about the Holocaust without being able to name Auschwitz is like talking about 9/11 without knowing what the World Trade Center was.

I wonder if many people read into the name and assigned more symbolic significance than a pair of very tall office buildings would usually merit.

Auschwitz has (or, per this survey, had) a much heavier weight, but both place names matter significantly to discussions of the larger events surrounding them.

As you imply, the results would be even more depressing (and not because of them durned librul teachers and Marxist perfessers).

I’m not sure that Westover’s experience typifies homeschooling either, though. The atypicality is why the book was pretty fascinating, I think.

I genuinely wonder if the proportion of correct American answers on this would differ significantly from asking Chinese people who Dwight Eisenhower was or asking Russians who FDR was?