Years ago, my next door neighbours had a big ginger lump who’d just rocked up at their previous house and decided to stay… They called him Roger. 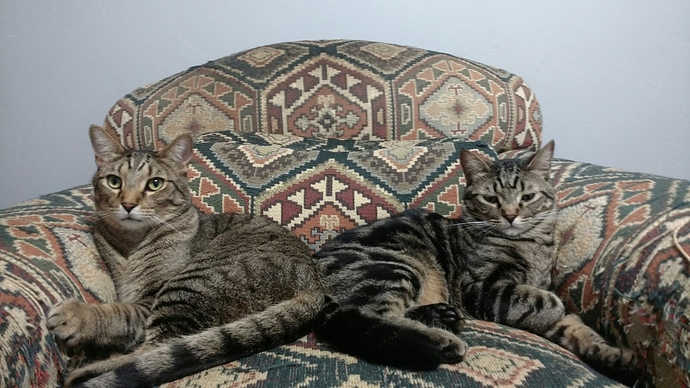 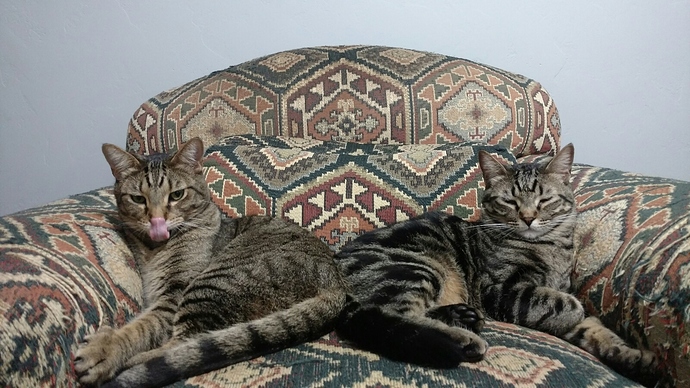 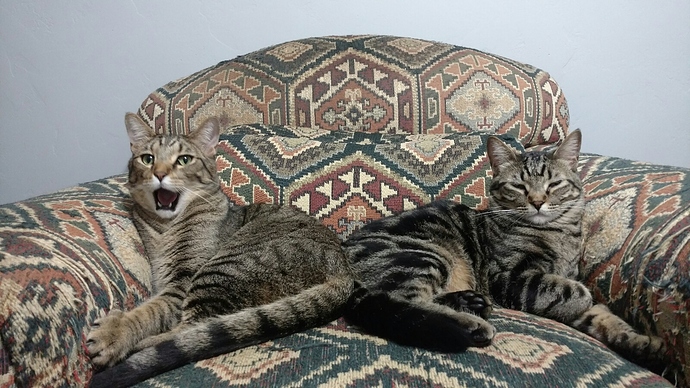 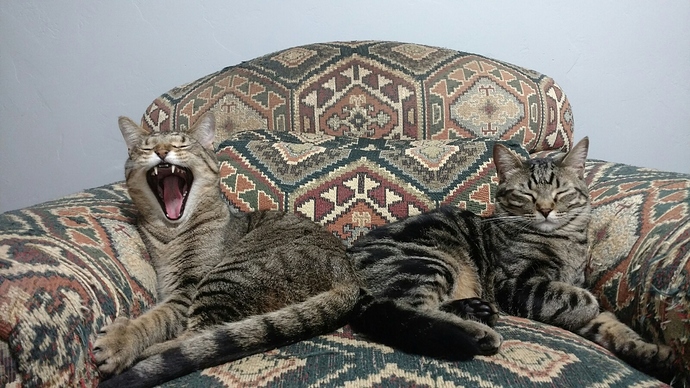 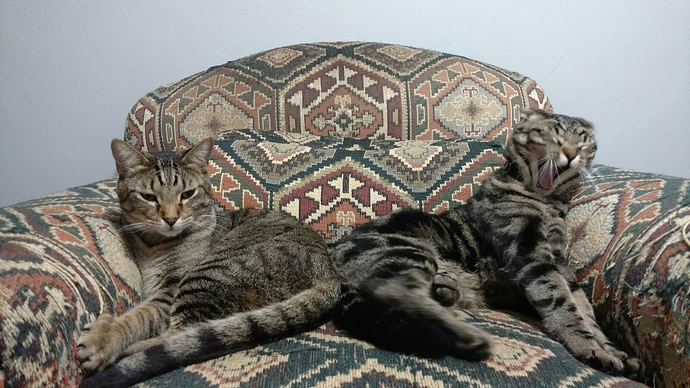 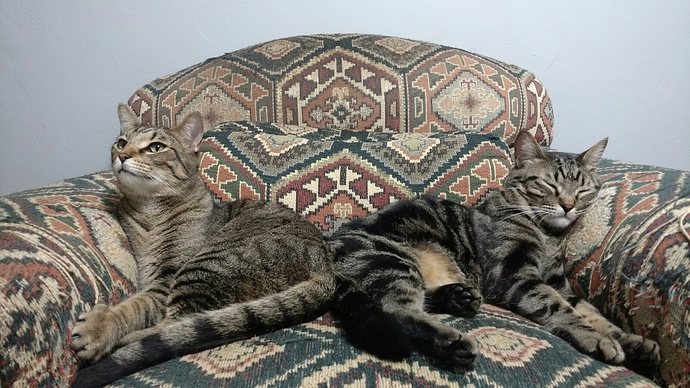 I love the alternating yawns!

That’s pretty much what George did. We speculate that he used to live with a woman who was nice to him and a man that was not. Or maybe it was a man who dumped him out here in the country.

Sometimes Chaplin forgets he’s not possessed of opposable thumbs and tries to hold his toy like he has hands. 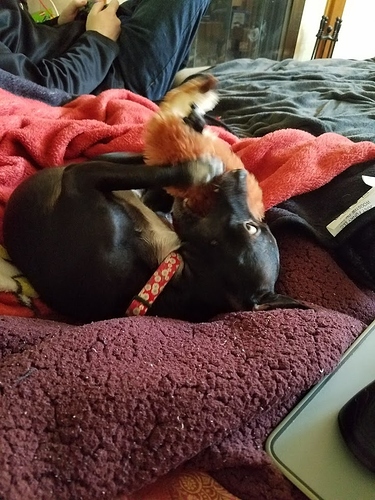 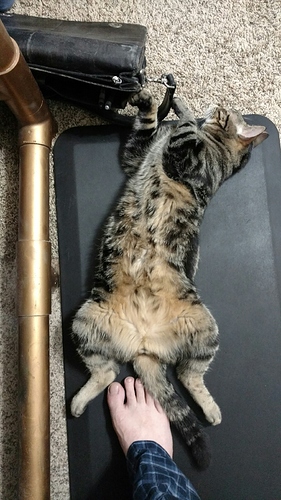 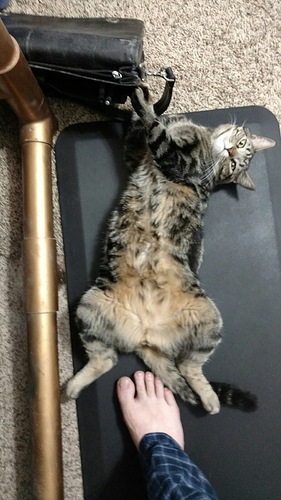 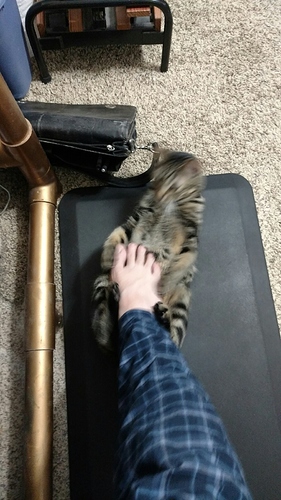 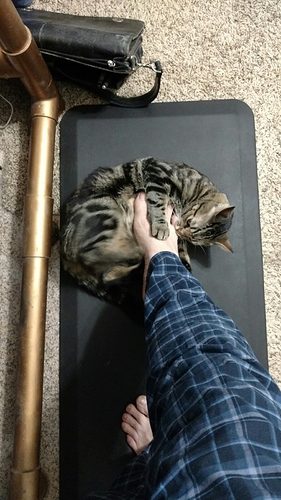 You sprang the floof trap!

Had to take one for the squad. 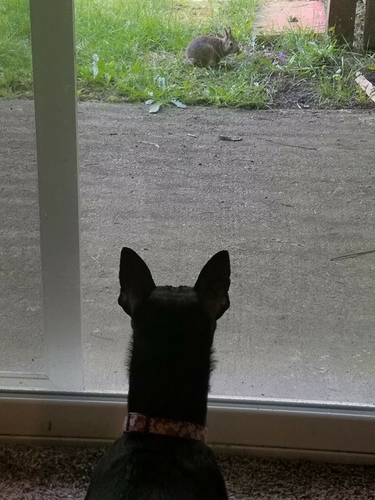 Shortly after I took this, the bunny hopped up into the raised part of the yard and the dog nearly hurled himself into the glass trying to get him. 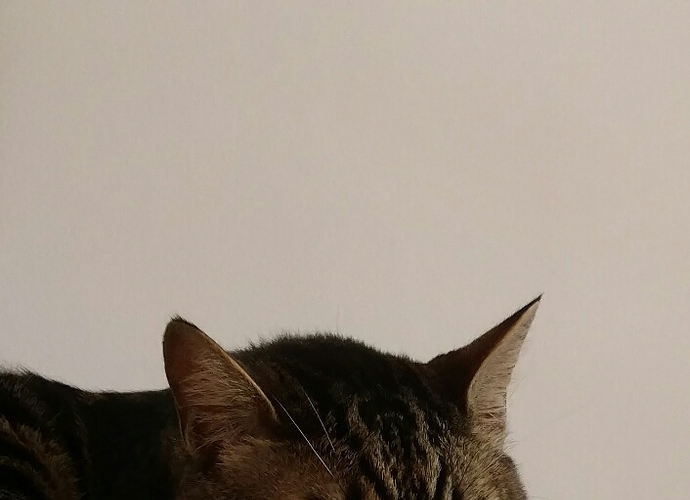 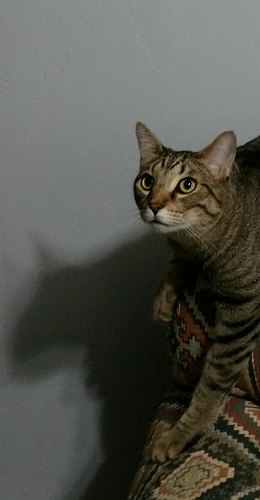 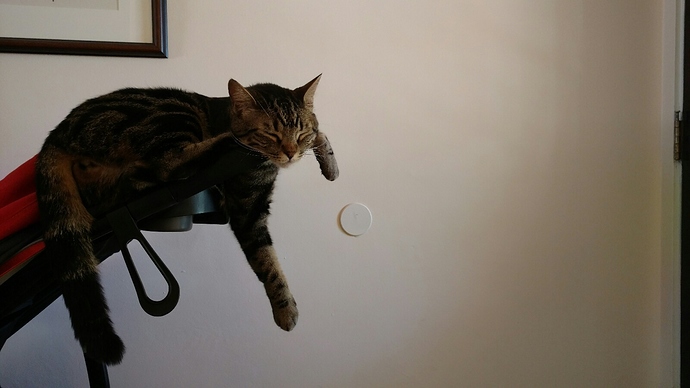 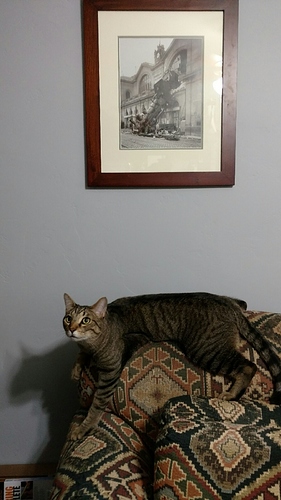 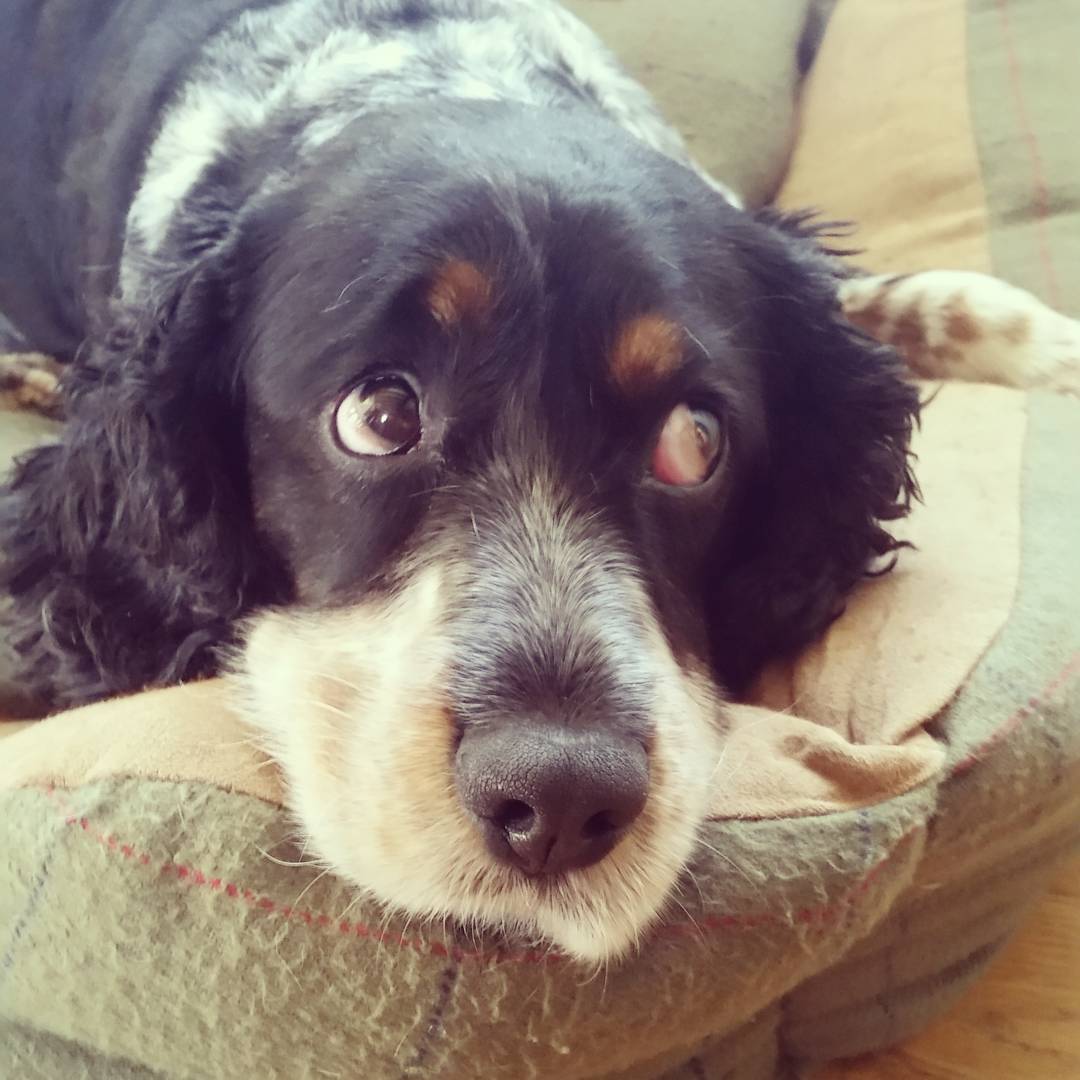 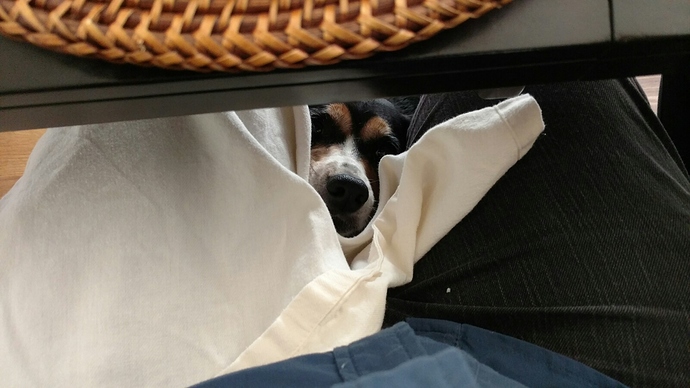 In case you need a “head on the table” pic. Our little tortoiseshell (may she RIP) used to really sleep like this. 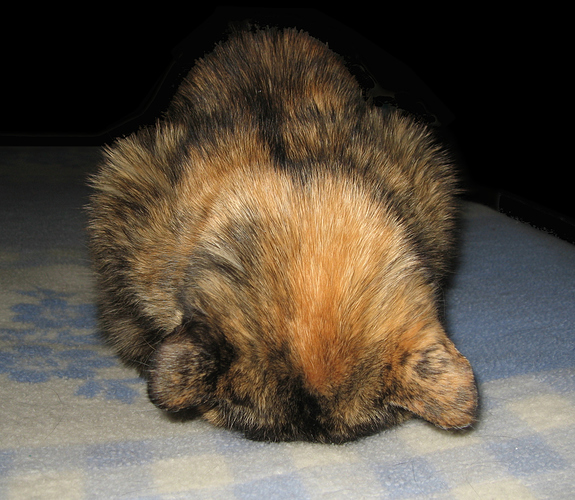 Behold, the handsome and mighty (and always classy), Akela the Great: 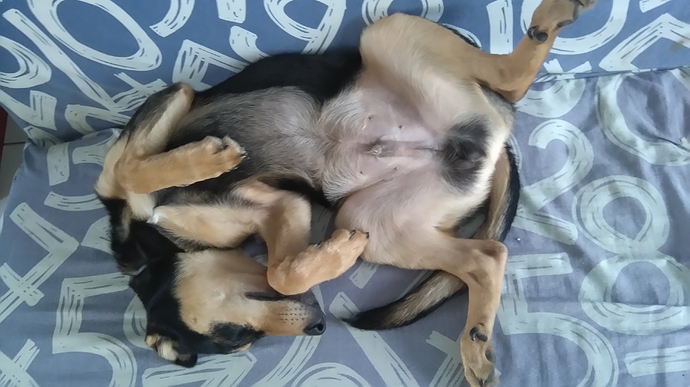 Here resting with his best frienemy, Luna the Not-Quite-Right-in-Her-Head. 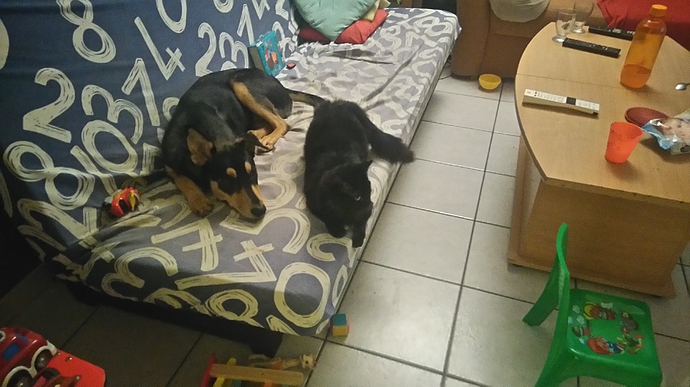 I’ve always been more a cat person, but I really love this puppy (he’s barely 7 month old on that photo, two months ago). He’s so beautiful. So far, I haven’t quite managed to catch his grace on photo. 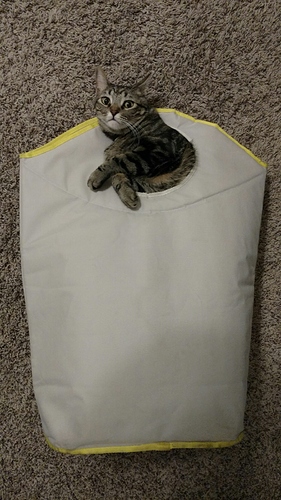 First he knocks it over, then he climbs inside, then he sticks himself halfway through one of the handle loops. He’s purring furiously as this picture is taken. 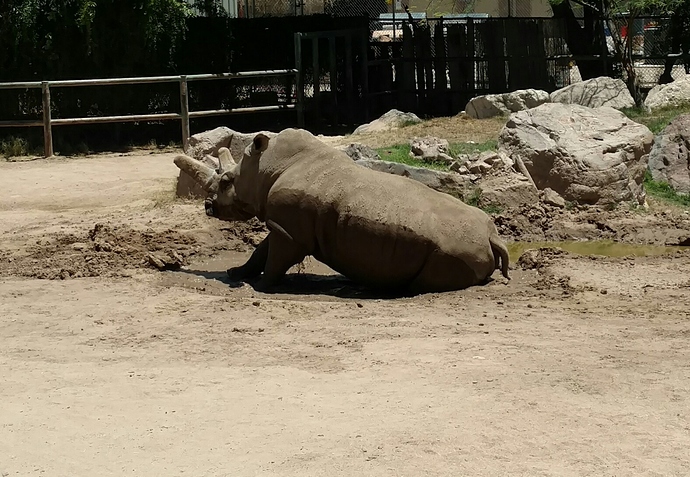