Professional climate denial took hundreds of millions from the CO2 industries, then slipped off their leash

This piece strikes me as overly naive regarding carbon industry bastardry. The assumption that the denialist lobby is not still drawing support from the carbon industry is unwarranted.

ExxonMobil now publicly admitting the reality of some climate science does not mean that they aren’t still promoting denialism on the side.

<nitpicking> Despite of what Tyson may say, I think that the statement should apply to reality, not science. Science is just the best current approximation of how the real world works, but I don’t think that it can ever be declared to be absolutely, verifiably true. </nitpicking>

And these science disbelievers should turn in their cell phones, car keys and microwaves. By their logic, these must be the insruments of lying dishonest technocrats.

we tend to find ourselves at an inflection point that could, one way or another, shift us all toward a very bad place

Well, if it all works out, then yes… 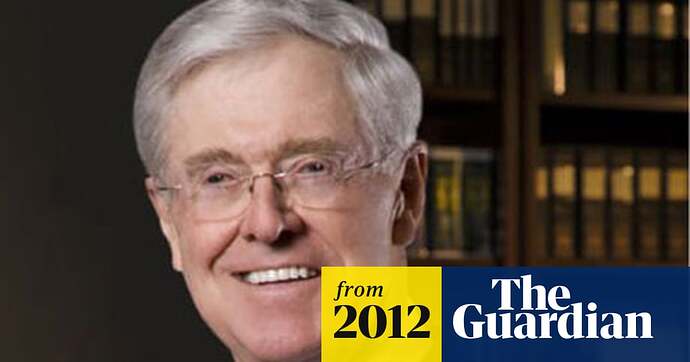 Libertarian thinktank keeps prominent sceptics on its payroll and relies on millions in funding from carbon industry, papers suggest

Ford slapped the report on a stack cluttering his old-fashioned control desk. The dumb fools! Not to recognize a negative report when they saw one-yet they called themselves psychographers!

BTW, what is the range of scientific estimates for the Social Cost of Carbon anyway?

We let them control the narrative when we only focus on CO2 and climate change. Everyone can agree that pollution is bad. CO2 is only one component of pollution, and while we’re actually pretty sure that human-emitted CO2 causes climate change, we don’t need to fight that fight. There are so many other components in pollution that are demonstrably toxic. No one wants lead poisoning. No one wants mercury and arsenic flowing through our waterways.

The argument would be that increased output of the other components in pollution is bad, and the earth seems basically fine with the amount of CO2 we already have, so we might as well do our best to limit pollution.

We let them control the narrative when we only focus on CO2 and climate change. Everyone can agree that pollution is bad. CO2 is only one component of pollution, and while we’re actually pretty sure that human-emitted CO2 causes climate change,

“Pretty sure” is dramatically understating the case. The contribution of CO2 emissions to climate change is now about as well established as it is possible for a scientific conclusion to ever be.

“Pollution”, in the conventional sense, is aesthetically unpleasant, harms wildlife and kills some people.

Compared to the civilisation-ending threat of climate change, non-CO2 pollution is utterly trivial. They are not equivalent issues.

the earth seems basically fine with the amount of CO2 we already have,

It very much is not fine.

The amount of CO2 already emitted is going to cause catastrophic damage.

Even if we shut down all of the coal mines tomorrow, we’re still in major trouble. There’s too much momentum already in the system.

Every day of delay makes that trouble exponentially worse.

Couldn’t someone who has that kind of cash (I dunno, Bill Gates, anyone, take your pick) buy out those bastards?

May as well link this again:

I am not a climate scientist, but I am a scientist. I know how to read the literature and interpret the back-channels of scientific opinion; I can tell the difference between “this is what we suspect might be happening” and “this is what’s happening”. This is what’s happening: James Hansen was the head of the NASA Goddard Institute for Space Studies from 1981 to 2013; he now runs the Program on Climate Science, Awareness and Solutions at Columbia University’s Earth Institute. For the last thir…

We let them control the narrative when we only focus on CO2 and climate change. Everyone can agree that pollution is bad.

This has been a very effective strategy for me. I’ve found it’s relatively easy to discredit organizations and political parties that are arguing in favor of poisoning communities. I can plant a seed with that approach even if I’m talking to NRA stalwarts who think Obama is a secret Muslim.

And these science disbelievers should turn in their cell phones, car keys and microwaves. By their logic, these must be the insruments of lying dishonest technocrats.

True, but you can’t expect much when the people feeding these suckers this nonsense themselves can’t understand the distinction between finding something to be justifiably unacceptable (e.g. the Electoral College handed America’s foremost public grifter and pathological narcissist the Oval Office despite the popular vote) and finding something to be unjustifiably unbelievable (e.g. that technological developments arise from scientific research, or that unchecked industrialisation has caused a rise in CO2 levels resulting in climate change). 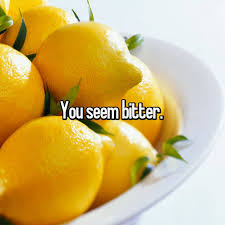 –Archy the Cockroach, as transcribed by Don Marquis, from what the ants are saying, 1935

I hear you, and I’m with you 100%. However, the group currently in charge doesn’t buy it. They are not persuaded by the evidence that we’re headed for calamity, and persuasion is the only tool we’ve got.

I am proposing that we sidestep the rhetorical walls they’ve built against climate change and human-emitted CO2. They would be thrilled to slog it out with us there forever, while they continue eliminating emission control and reversing climate policy. We have to find a different angle.

persuasion is the only tool we’ve got.

They’re pushing the US toward a bizarre place where they’re seriously contemplating suing companies for not emitting enough CO2, on the grounds that all that carbon is good for crops.