Rainbows and other Offensive things

Continuing the discussion from Paula Deen apologizes for racist tweet: "It's my social media manager's fault":

The rainbow rebel flag? Well, if I were to guess a meaning:

Why not keep perverting that racist traitor’s flag until it can clearly represent something nice?

Its not quite swastika-level of offensiveness means that it can be tainted into something we like, whereas the swastika in the US can only taint whatever it touches symbolically.

These are posed not as any expression of personal belief, but as some things that can be found.

They can all be taken down, if need be. 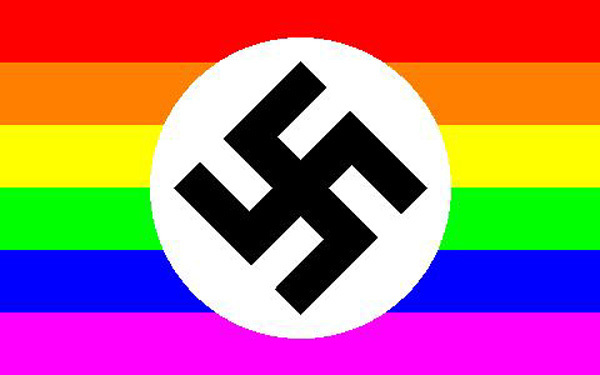 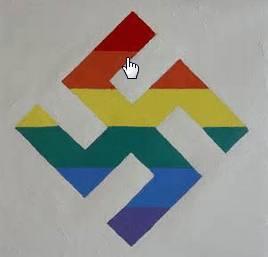 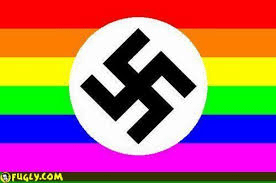 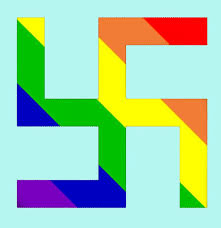 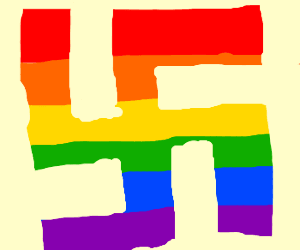 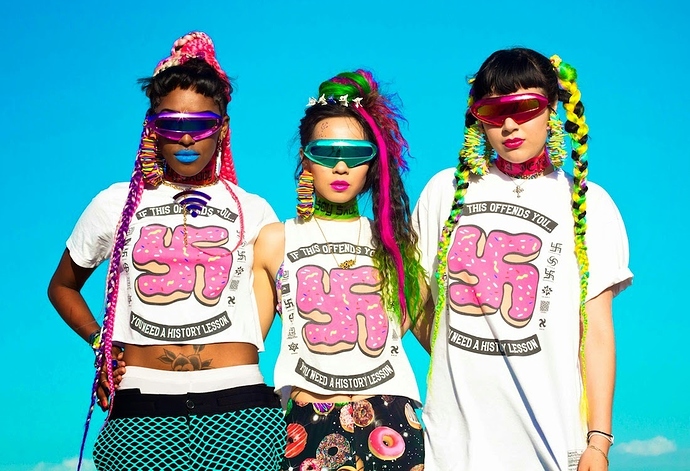 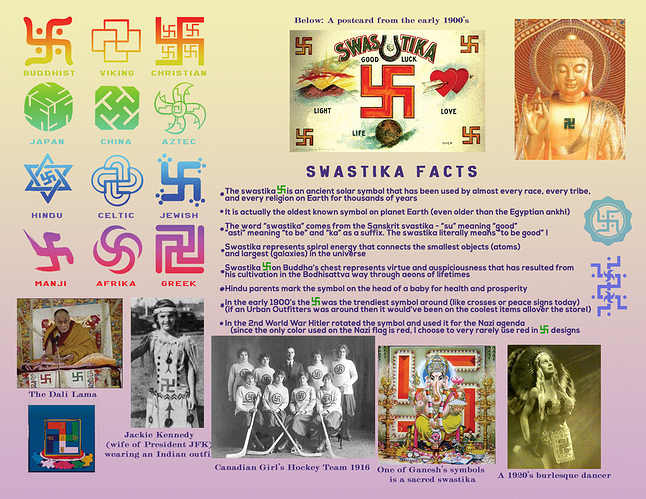 I thought of replying to @LDoBe’s post, but decided to not bother. In my daily life, I don’t bother to publicize that I am very much pro-swastika - while finding no contradiction with my positions of being anti-nazi, anti-racist, etc. Unlike the confederate battle flag, which (so far as I know) refers to only the former CSA, the swastika has been used in many different cultural contexts for millennia. But people in the US have very immediate kneejerk reactions to seeing it, and rarely consider that not only was it’s use not exclusive to nazis, but also that nazi uses are a small minority. I can only suppose that there must have been a huge propaganda campaign against the symbol around WWII, because the response is nearly Pavlovian.

If the nazis instead appropriated a symbol more exclusive to Abrahamic religions to pervert, I very much doubt that westerners would agree that it was somehow more sensitive to retire it, essentially giving it up to it’s misunderstood meaning. But since since anti-swastika campaigns also alienate billions of people with weird eastern dharmic religions, that was probably seen as more of a bonus than an oversight.

Just found this one! 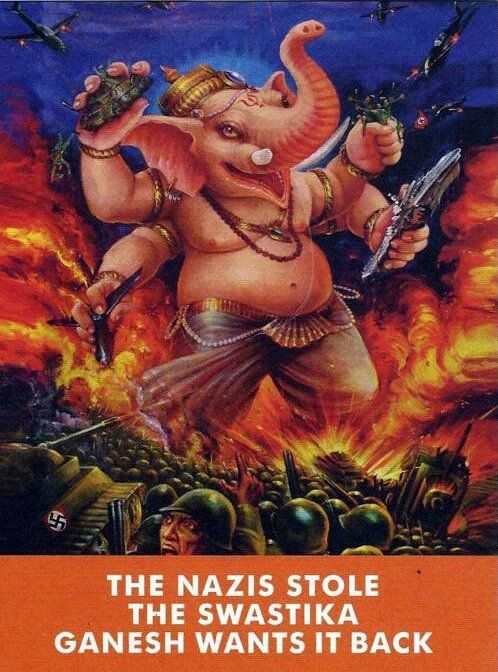 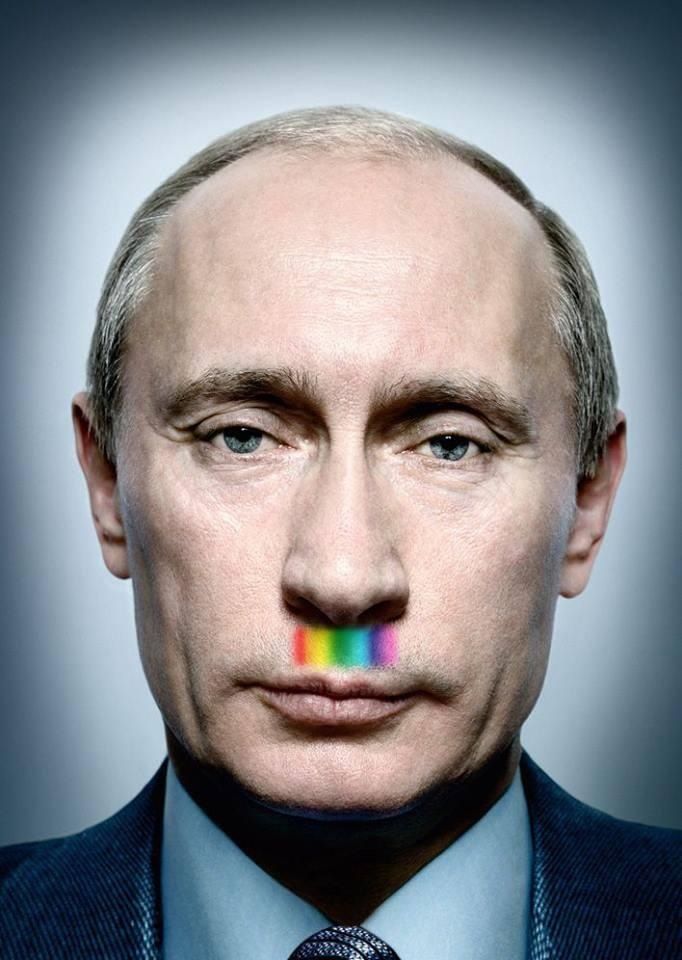 I’m gonna hafta move this to the games category, ain’t I? 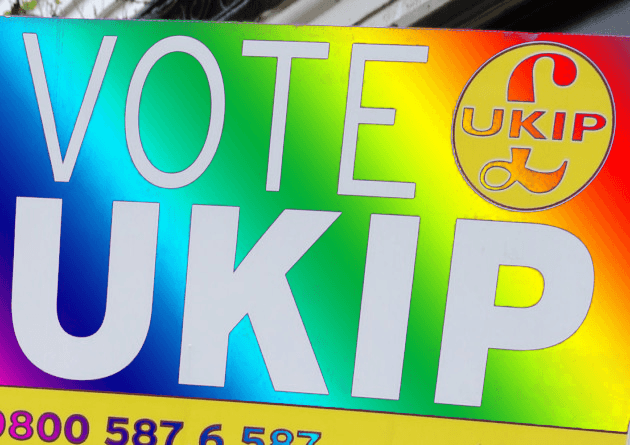 The cognitive dissonance is strong with this one! 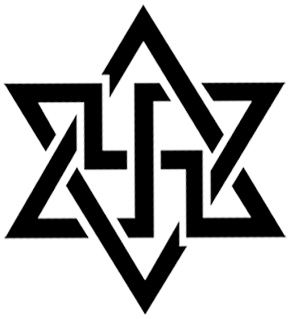 This probably does nothing to put westerners at ease about swastikas and their association with nazis! But this mindfrack has also been a somewhat popular symbol. It is supposedly used now by “Raelians” - a religion about extraterrestrials - but it was popular around the turn of the last century, and used by Theosophists and masons. These are the groups who the nazis appropriated it from, when trying to synthesize mostly harmless theosophy with their own weird racist Germanic/Nordic mythos. Somehow the “Aryans” of India are really Magical Vikings… ? No, it never made a lick of sense.

I’ll get off of my swastika soapbox by finishing with some swastika soap. I bought some of this stuff from an online dealer of Indian groceries, where it was generically listed as “Neem soap”, and was surprised that it was “swastik”. My spouse was not impressed! But it happens to be a really good formula of soap, mildly antiseptic, cleans well, smells great.

I’ll see if I have more weird rainbows here, but US dog-whistlers tend to avoid using them. 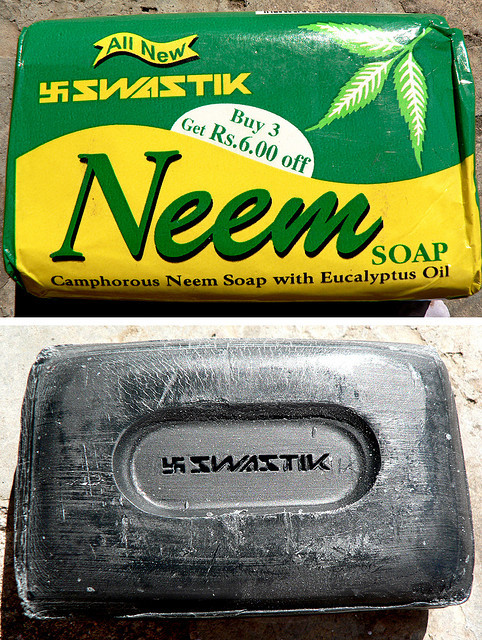 Please tell me that’s a bollywood movie. Only they can do the sheer level of absurde cheese to do this one well.

I have a few friends that are as big pranksters as I am–my ‘main’ guitar is a fantastic sounding but beat up thing, and one day I came back from rehearsal with it covered in UKIP stickers.

I laughed quite hard. They are now removed

pics or it didnt happen

Man, I should have taken pics. This friend of mine, though he lives in Oregon, keeps ‘joining’ UKIP to get their free pamphlets and packs. For two reasons. Bleeding a little money from them, and to make hilarious stickers. 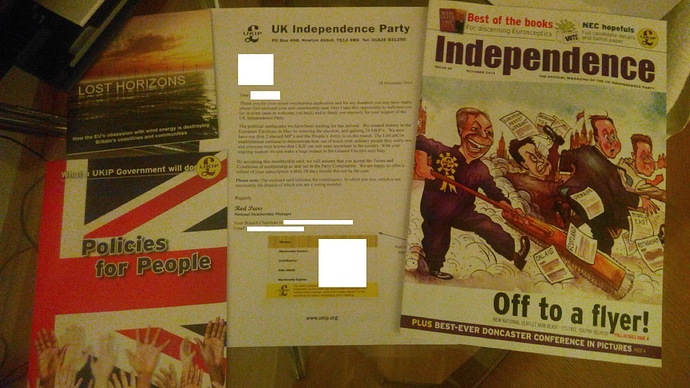 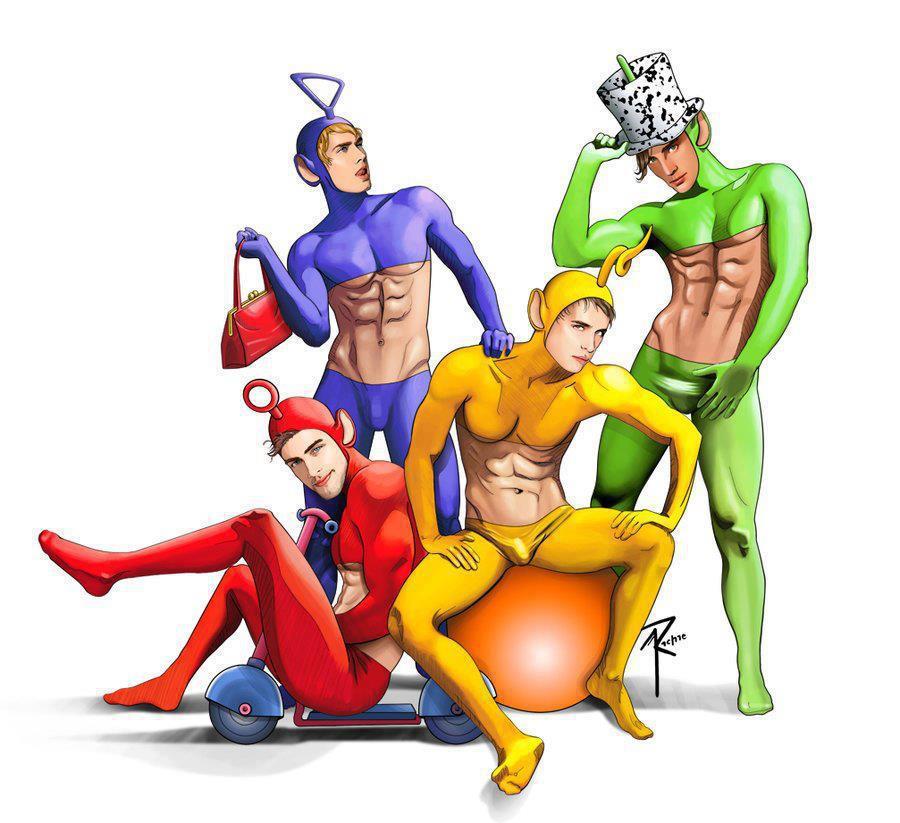 There is only one thing I can say to sum that picture up in all of its absurdity and blatant weirdness.

Or it’s like people named Isis getting attacked because of the Islamic State… I mean, REALLY?

Yeah, nothing wrong with the swastika… A nazi flag, now, that’s a more specific thing, much like the CSA’s flag.

oh you live in north america… and are heavily invested in norse mythology… where exactly is your swastika tattoo? Ugh 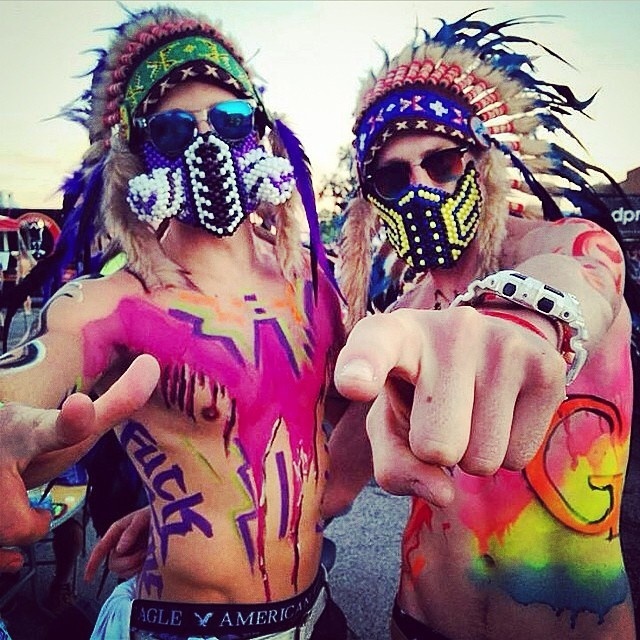 Who pointed me to Should You Wear a Native American Headdress to Coachella This Year?: A Handy Flowchart? 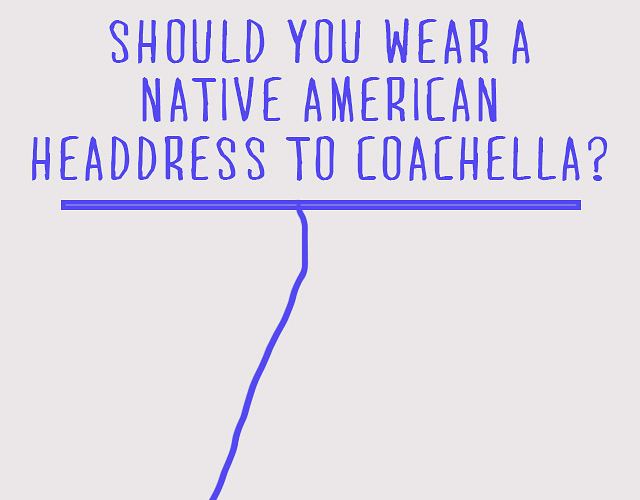 Oh lordy, I need that for my wall, I do…

This topic was automatically closed after 590 days. New replies are no longer allowed.