despite 17,900,000 children who have lost both parents living in orphanages or on the streets

i think we need a unicorn chaser.

I do not believe that anti-vaxxers are causing “rampant” disease

I did not mean it is “rampant” currently, but “more of a problem than it was before the anti-vaccination movement took hold”. Since you started out talking about disease in context of curtailing human population, and since these diseases would need to be able to run fairly rampant to have much of an impact in that context, I was extrapolating. Sorry I was unclear.

I don’t think that saying “we shouldn’t let these people cause us to lose ground against diseases that we’ve managed to reduce to a rarity” necessarily requires us to ignore other things that are (currently) larger public health problems. It certainly doesn’t require us to ignore completely unrelated things, like obesity, diabetes, or petroleum use.

@chenille, I think if we accounted for all the people killed by pollution we’d find that petroleum-fueled cars do not have any beneficial effect that outweighs the harm they do. And of course we already know they do vastly more harm than anti-vaxxers, even without proper accounting.

I’m certainly not going to disagree with that, especially since I know you properly take pollution to include non-local effects like global warming. I don’t think it is going to wipe out the human race, as cosmopolitan generalists, but we’re talking about stress and damage on an incredible scale anyway, so I’m not going to quibble with your description.

I will say that as far as my personal ire goes, when a failure to act is so widespread I have a tough time considering it a failing of the individuals involved. In the case of vaccines, there is an excellent system in place, and we only need people to use it. Even here, though, there are problems at a higher level; there are now groups deliberately confusing the issue, and you can see how people get confused by it. It’s those groups, not the non-experts they fool, who deserve our full contempt.

And as far as that goes, I absolutely apply the same principle to the harm from petroleum. Here there’s no system in place to reduce harm, quite the opposite, and while there certainly are good steps individuals should be taking they’re constantly lied to about its importance. Here the ring-leaders are a whole industry, complete with professional liars and venal politicians, all dedicated to confusing what needs to be done and holding up systemic change.

So that’s what I would be inclined to focus on, and while I think doing it here is a derail, I completely agree that these people are the far more terrible of the two sets. I hate how much of our society is shaped by them, I hate how untouchable they are, and I hate that so many people seem not to understand how much worse they are than the Wakefields out there. We really do need to get out from under their yoke yesterday.

But where there is hypocrisy I think it’s in ignoring them, and to return to this topic, the Wakefields still deserve the reaction they’ve gotten. Leaving children to be shredded by viruses until their immune system ends up cooking their own brain in a vain attempt to save it is a horrible thing, it’s a cruel insult every time someone suggests otherwise, and it’s been made very easy to prevent. It’s horrible that people are misleading others into not doing so.

We can stand up for that here and worry about making it just as easy to stop the greater problem. If your concern is that people don’t care nearly enough about the monstrous way our society is set up around pollution, I fully agree; it doesn’t require anyone to forget about the smaller number of lives at stake here.

So when it comes down to a parent saying “I have the right to neglect or abuse my child as I see fit, because they are my property”, and the state saying “no you can’t, because they’re human beings”, you’re going to side with the abusive parent?

I think what people are objecting to is exactly this false dichotomy. It’s based on the premise that some one party has the right to dictate how a child is treated. That leads us naturally to the question “who is the supreme ruler of your child: you, or the State?”

How can we solve collective problems without just having the State step in and make our decisions for us? We need to figure something out, because this “individual vs. state” dichotomy is producing terrible results in terms of actual social behavior.

I think I agree with everything you’ve just said (including the point about my derailing of the topic) with this single exception - forcible vaccination isn’t a strategy I can support under any post-Reagan US government. I would prefer the same monies be spent on educational campaigns, which are more likely to succeed, if we aren’t going to spend it on something that would be more helpful on a global scale. Government coercion is already out of control!

This in particular I find worth repeating:

In the case of vaccines, there is an excellent system in place, and we only need people to use it. Even here, though, there are problems at a higher level; there are now groups deliberately confusing the issue, and you can see how people get confused by it. It’s those groups, not the non-experts they fool, who deserve our full contempt.

The contemptible groups, I would say, are primarily the celebrity anti-vaxxers, if they can be properly called a group, and secondarily the pharmaceutical industry. I can’t really fault any large fraction of the medical profession; the small minority that do not strongly press patients to vaccinate usually have concerns about government coercion that I share. (The exceptions within the medical professions seem to be mostly Scientologists and individual outliers, at least to my eyes - but correct me if I’m wrong!)

We can stand up for that here and worry about making it just as easy to stop the greater problem. If your concern is that people don’t care nearly enough about the monstrous way our society is set up around pollution, I fully agree; it doesn’t require anyone to forget about the smaller number of lives at stake here.

I stand properly rebuked; @Nonentity made this point also. You are both correct.

But in this case, we’re not just talking about something that affects individual children, we’re talking about something that affects the population as a whole, which is precisely the responsibility of the state. If you, as a responsible adult, want to harm or allow harm to yourself, that’s your option. But the moment your choice harms or introduces a significant risk of harming others, that’s not okay. It should be no different when it comes to decisions made by kids, or by parents on their behalf.

wow. what an ass.

You’re reducing the disagreement to individual rights vs collective rights, and that’s part of the problem.

You take for granted that the state is the natural and legitimate institution for solving collective problems.
Many people do not. If you tell these people that they need to embrace collectivism by empowering the government to make decisions for them, a good deal of them will decide “Well I don’t trust the government, therefore fuck collectivism. Individual rights!” By drawing the battle lines this way, you’re practically inviting this response.

It is possible to solve collective problems without involving the state or coercive power at all. If we had more developed systems for collective problem-solving outside of state coercion, maybe people wouldn’t have such a hostile reaction when you ask them to think or act collectively.

Shrilly. Say it loud and proud.

i think we need a unicorn chaser.

Now that y’all have been cleansed by a proper U-chaser.
Reading Roald Dahl out loud should be required to decline MMR vax | Dr. Jen Gunter

Roald Dahl’s daughter, Olivia, died from the measles at the age of 7. His recounting of it and plea for vaccination is heartbreaking. If we are going to continue ridiculous personal exemptions then parents should be required to read his statement out loud in front of the child who isn’t going to get vaccinated to get the form signed. We make women read all kinds of things to get abortions, so the precedent is set.

Olivia, my eldest daughter, caught measles when she was seven years old. As the illness took its usual course I can remember reading to her often in bed and not feeling particularly alarmed about it. Then one morning, when she was well on the road to recovery, I was sitting on her bed showing her how to fashion little animals out of coloured pipe-cleaners, and when it came to her turn to make one herself, I noticed that her fingers and her mind were not working together and she couldn’t do anything.

“Are you feeling all right?” I asked her.

“I feel all sleepy,” she said.

In an hour, she was unconscious. In twelve hours she was dead.

So now he can be blamed for the Red Wedding?

And a reminder of why high uptake is required for vaccination to benefit: 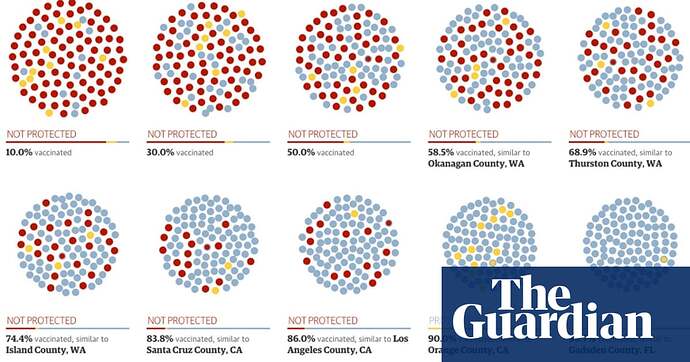 Watch how the measles outbreak spreads when kids get vaccinated – and when...

If you take 10 communities and run a simulation, it’s easy to see why we need as many members of the ‘herd’ as possible to get vaccines – before it’s too late

Edit: Not intended as a reply to @crenquis. Hit the wrong reply.

Children only have rights before they are born. After they’re born, they’re property. Is that such a hard concept to understand?

Likewise, a female is property of her mother from conception until birth, of her father until she gets marred off, and then, of her husband, until she dies, preferably in the act of childbirth.

… the verbal diarrhea that is forcefully ejected from their noise holes.

What a brilliant turn of phrase! Grotesque, but brilliant.

logorrhea? Perhaps not as foul as diarrhea, but distressing nonetheless.

Well if you can’t tell I’m not a fan of most people in politics on both sides. I’ve grown tired of those who continue to write checks with their words that their voting record and actions don’t back up. Especially on issues that should be no brainers. 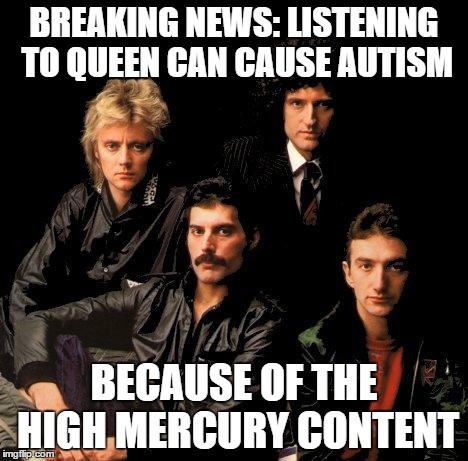