I wish that people wouldn’t refer to the perceptual effects of psychedelics as “hallucinations”, which implies some sort of falsity. It’s not a matter of perceiving things that aren’t there, but of perceiving things differently. Words fail me when I think about elaborating on that “differently”, but that seems appropriate too.

If this doesn’t have hidden deleterious side effects, SIGN ME UP.

I’ll take a gallon, should last me, and everyone I know or meet, the rest of our lives!

and i do not drink decaffeinated coffee

I’ve been looking into these treatments for the last couple of years, hoping to find a way of getting my partner onto a course, she’d suffered depression for most of her life, then it deepened after a sub-arachnoid haemorrhage fifteen years ago. She used alcohol to self-medicate, which doesn’t help.
Sadly, I lost her eighteen months ago after she suffered a thrombosis, so I never got to see her as the sweet, happy soul I knew she could have been.

This is big data science applied to neuropharmacology. It would have been unimaginable just a few years ago to test 75 million potential receptor agonists for anything. Importantly their claim that it doesn’t cause hallucinations comes from rodent tests and human brains are different from rodent brains.

In humans the 5HT2a receptor is involved in both the hallucinations and the depression treatment, so that rodents didn’t behave like they do after LSD after treatment with the new 5HT2a agonists is hardly ironclad evidence that this drug would be selective

How about the opposite? I’m sure there are folks who want to trip balls without all the introspection. 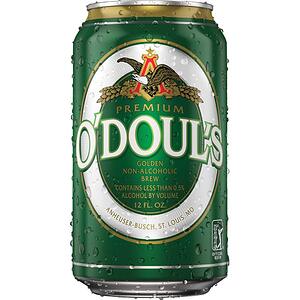 “the benefits with out the hallucinations” um… what does that leave? leg cramps?

dark_frog
1h
How about the opposite? I’m sure there are folks who want to trip balls without all the introspection.

Maybe hallucination means perceiving things differently? I dunno how one would be able to verify the difference if you wanted to try to differentiate between altered perception and hallucination.

Sadly, I lost her eighteen months ago

Oh buddy. I’m so sorry. In the future these sorts of treatments will be understood, well researched and widely available instead of this Wild West DIY lottery we currently use to treat mental health. I know that’s no comfort, but I’ve got nothing but hope and sympathy.

Edited original post to separate this one out. It feels too big a pain to match with a silly gif.

Well maybe I’m splitting hairs, and of course verification is difficult if not impossible. But what I’m trying to get at is the difference between seeing a dinosaur walking down the street – assuredly not there – and seeing a car that although it is there, and is still obviously a car, looks cartoon-like or cubist.

Fair enough. Most unexperienced folks have a completely unreal conception of what it is like anyway. Actual open eyed hallucinations as you’ve described them are fairly uncommon. So I’m kind of wondering what the headline means by hallucination. Does it really mean “with out the visuals”?

I see colors more intensely, detail I would never notice normally (as in, literally every leaf on a tree), hear stuff in music I never noticed before, and most importantly, driving a car is nearly impossible due to temporary stimulus overload. The movie Babe was too much to deal with, but Labyrinth sparkles everywhere inside the labyrinth - I never saw that prior to watching it on LSD. I wouldn’t label any of this “hallucinating”.

I’ve never seen anything that didn’t exist while tripping, but did feel inspired to taste a lilac once. Very bitter, do not recommend, 0/10.

what about close eyed visuals? I um have heard stories about intense and intricate animations/cartoons often cgi like or even just oldschool hand drawn looking animations when um people under the influence of various “hallucinogens” would close their eyes. Almost akin to lucid dreaming but in a totally “unreal” fashion.

So I’m kind of wondering what the headline means by hallucination. Does it really mean “with out the visuals”?

When something suddenly gets a lab mouse or rat’s attention they make a quick head turn to the stimulus, under LSD they kind of space out and make occasional head twitches to nothing in particular. The “no hallucinations” claim in the paper is really just rodents made fewer head twitches with the new agonist than they do with lsd

I remember a friend years ago went up to the levee alone on a trip and described seeing a dinosaur come out of the river. As he put it, “I knew it wasn’t real, but I thought it was best to run anyway”

Hmm…if my body temperature is elevated, but not quite “fever”, I often see very distinct, animated, sometimes cartoonish faces when I close my eyes in attempting to sleep. This has been a thing for me long before I ever ate my first tab. But bodies are weird, and I could not close my eyes for more than a few seconds while tripping. I didn’t want to miss anything! So YMMV?