Be sure to prominently display the price tag, otherwise people might think you’re the kind of weirdo who hangs their bike from an ordinary shelf.

I hang my bikes on the wall, and this doohickey looks like it’s gotten this part right actually.

The back tire won’t touch the wall as long as the bike as a whole isn’t too close to the wall. And the front tire can’t touch the wall because it can only point straight forward with the bike in this orientation. So on the tire-hitting-the-wall front, this is a pretty good hanger.

That said, it’s backwards. I always hang bikes with the drive side next to the wall. It’s pretty easy to hang the bike without touching any grimy bits to the wall, and once you’ve done that…well the wall never moves. But if you hang the bike with the grimy bits outwards, things (like your pants, the dog etc…) that move past it are eventually going to get a streak of grease…

I’m with Rob; $125 is pretty steep for something that keeps your bike off the floor. I also agree with the earlier comments - there is just no way that someone won’t lean against this thing and scuff the wall with the tire or gouge the wall with the pedal. Last gripe: why the hell does the advertising assume the purchaser is some kind of bare-bones minimalist? Have they not seen the average American apartment? I’m no hoarder, but my living room is not a vast cavern in which I can gently wheel around my bicycle.

This is only going to work if you’ve got really narrow handlebars, as shown in the picture. That’s OK for super narrow hipster bars or narrow drop bars, but lots of bikes will be excluded, particularly mountain bikes, most city bikes, etc.

Not meaning to hate on this… but aren’t most saddles designed to slide off? I’m not sure that I would trust the friction clip to stop the weight of my bike pulling the saddle off.

Why even bother with a hook? Why not just prop it up against the wall?

At least stands that hold bicycles vertically are potentially space-saving.

Maybe the underside should have a bracket against the wall where the user can clamp a 1/2 sheet of thin plywood or paneling scrap that will protect the wall.

Is there a hook or special shelf I can buy to hang up my USED, DESTROYED PROSTATE GLAND after riding on that TORTURE SEAT for more than 20 minutes or so???

This is a bad idea. Puts undue stress on parts of the saddle and frame that rarely every get stressed in that direction. Plus, won’t fit drop bars or pursuit bars.

Sigh. One more example of a designer focusing on making a cool product over a useful product.

What sort of person only has one bike though?

While it’s true that the saddle and frame are designed to accommodate weight pressing from above (rather than pulling from below), the latter is unlikely to be a problem. The average rider weighs 150-250 lbs whereas the average bike is 30 lbs or less. Engineering the components to handle the former will almost certainly result in components that can handle the latter.

Cyclophobics undergoing exposure therapy? Aside from that, the question doesn’t make sense to me.

Not necessarily. Force is always applied in a direction, and bikes are designed to withstand specific forces in specific directions. Your weight is usually distributed over the saddle and supported by the rails equally over their length. If you hang a 30lb bike on the tip of the saddle, you place undue stress on the rails which transfers to the post.
Truthfully, I’ll admit that most bikes won’t see damage, but as the kind of person who spends a significant portion of my income on bike parts, I would not treat my bike this way. for 50 bucks, I can get a less attractive mount that holds two bikes without damaging them.

An analogous mistake would be hanging your bike from the wheel. If you have a heavy bike and the wheels are low tension (which would be pretty common for someone who hangs their bike this way, a roadie wouldn’t do that), you could stress the wheels and “taco” them (visualize it!) Those wheels are made to handle people over 200 lbs, right? However, they’re not meant to support all that weight on a single point - the tension distributes it over the circumference of the wheel.

aren’t most saddles designed to slide off? 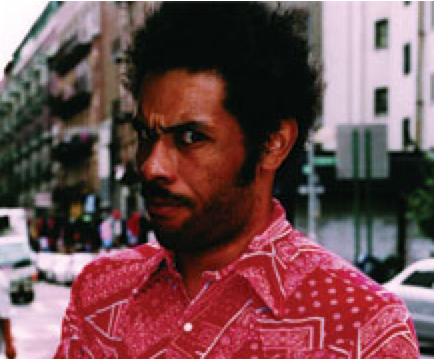 no. I don’t understand why you think this, but that would make a bike totally unsafe. nobody would ever buy a bike whose saddle was known to slide off by accident, so why would someone design it to do that on purpose? I’m really confused.

Yes, I’m not sure I understand the benefit to hanging a bike in this orientation. Unless you really want to put your dog bowl underneath, it doesn’t save a lot of space, and one of those l-shaped stands like they have in bike shops to hold the rear axle would provide just as much stability and cleanliness.

I’m not very impressed with Shelfie’s apparent level of stability, but a bike that isn’t secured at all is an astonishingly perverse and unstable object.

And the front tire can’t touch the wall because it can only point straight forward with the bike in this orientation. So on the tire-hitting-the-wall front, this is a pretty good hanger.

I’m going to have to go and test this with my bike now, but memories of carrying my bike with the front wheel hanging lower also include memories of the wheel turning to the side (unbalanced handlebars, maybe?)

Also, $125 is definitely super expensive for this, but that’s ok. It’s neat. There’s lots of expensive things out there that I can appreciate but would never, ever consider buying.

I will grant “more attractive” but not “more useful” The same functionality can be achieved with a $2 hook and a $5 shelf. Or, in fact a second $2 hook for the helmet