Time For America To Freak Out About 3-D Guns Again

None of the mass shootings in America have been committed by shooters using 3-D Guns, but that’s not stopping Donald Trump and a bunch of NRA-backed lawmakers from freaking out about the threat they face.

How do you sell guns to every man, woman and child if lower skilled people can just make one easily at home?

I am all for first amendment rights and the rights of makers to make things, but would much rather those rights didn’t revolve around making it easier to kill people.

Some people express themselves through interpreted dance, I happen to express myself by firing bullets into the air.

Of course, I know a few gun people. Like any collectors, a cheaper option doesn’t remove the desire for the real thing.

This just doesn’t jibe with their extreme lack of effort at regulating the sales of guns as they are now. All of a sudden, if people can 3D print guns, things are going to get wacky? Mmm.

Of course! 3D Printing is one of the most disruptive technologies for many incumbent industries. They want to make it illegal or at least keep it down as long as possible so they can keep milking the old cows…

I can see the NRA sponsored safety posters now…

Is that true? Then won’t this problem solve itself? Let people print them and blow their hands up. Let the now hands free people sue “Defense distributed” out of existence.

Every metal detector in every building in DC rendered useless. Yeah, go ahead dumb ass. Go ahead. Really. 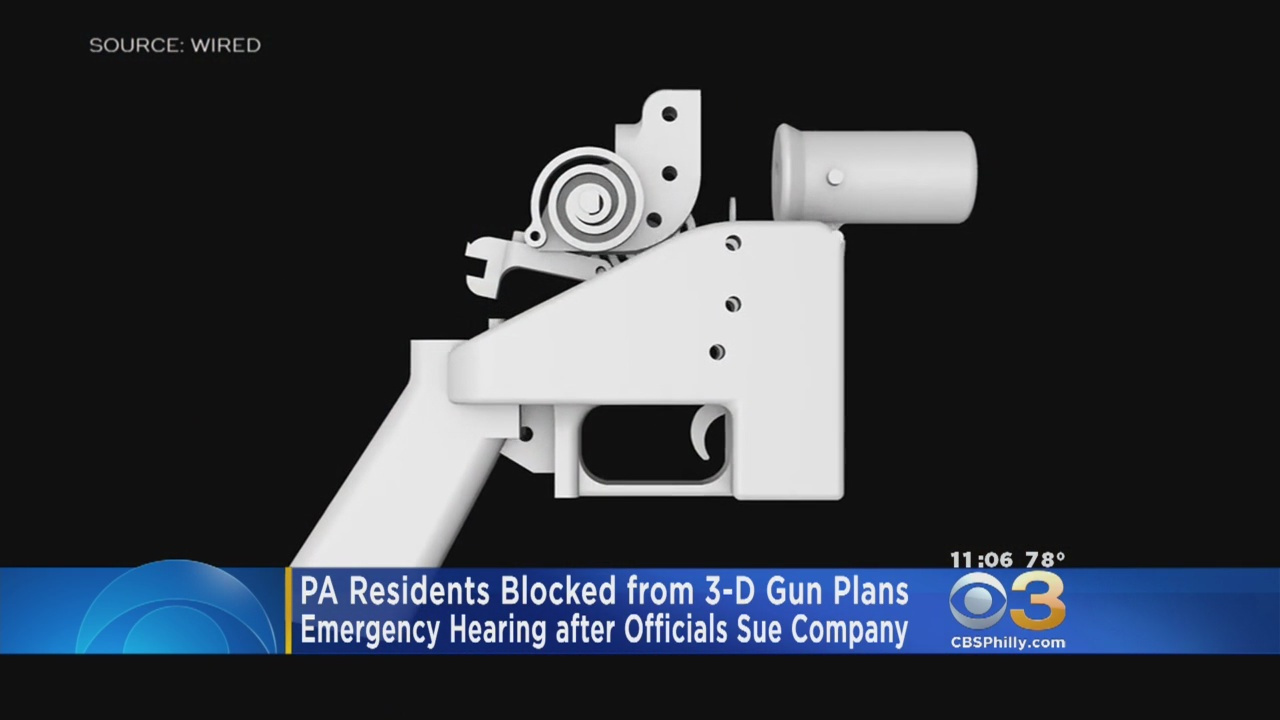 Federal Court documents obtained by Eyewitness News Monday morning reveal a tense back-and-forth between lawyers for the Attorney General's office and the owner of Texas-based company Defense Distributed, that now offers downloadable files to use...

Is that true? Then won’t this problem solve itself?

The test firing video I saw showed it good for pretty much one use and not accurate at all. Also the damage done to the gun indicated that it could indeed end in a bad way.

The Secret Service must be pissed.

It’s like tableware. I even though plastic tableware is used to an incredible degree, it would be unusual for a home not to have at least a basic set of metal utensils. (actual silverware has fallen out of fashion, you can sometimes find tarnished sets at estate sales for less than the melt price)

Criminals probably won’t spend money importing or stealing serialized metal firearms if they can have anonymous plastic ones cheaply made. (well mostly plastic, there are still metal parts in them)

Locking down 3D printers might be the only option. That means no more hobby firmware. Even so it will be even less effective than the attempts to block counterfeiters have been with 2D printers.

Jeepers, 2-D guns must be a lot deadlier than I thought. No wonder so many grade school kids have been suspended for drawing guns on sheets of paper.

They asked the federal court to issue a temporary restraining order, blocking the site and its downloadable firearms from view in Pennsylvania.

I think this can work if, and only if, they get Barbra Streisand on board to help.

I’m really hoping that this can lead us to a Utopian future where only when needed Jean Luc Picard can create a holographic Tommy gun to stop Borg invaders. At least that’s what I want to believe.

I grew up in a scientific community. I knew of several kids blowing off fingers from making explosives from The Anarchist Cookbook. I can see this as more cool bad advice.

Things could get worse. Wait till all those printer owners discover how easy it is to print plastic drinking straws.

No laws are perfectly effective. But you don’t see instructions on how to make ricin or novichok everywhere.