Is there another thread on suicide? 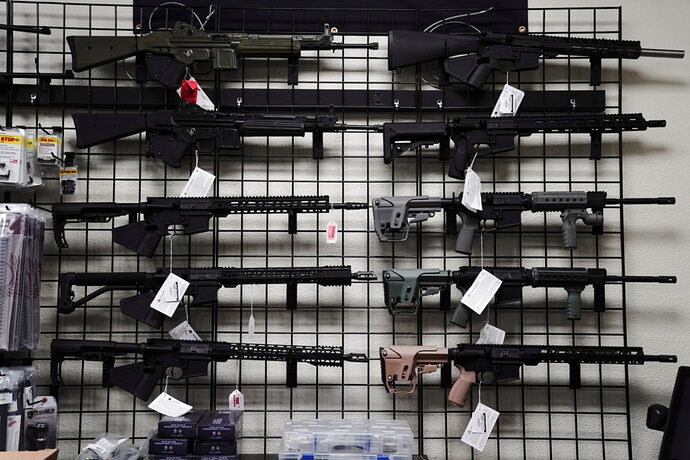 As Vice President Harris meets with the families of those killed in the Monterey Park shooting, many are grappling with the toll it is taking on their community. For Asian Americans, this past week has been especially painful. All 11 victims in...

while they mention people sometimes avoid the laws by going to other states, it’s sure not the point of their several segments the last few days 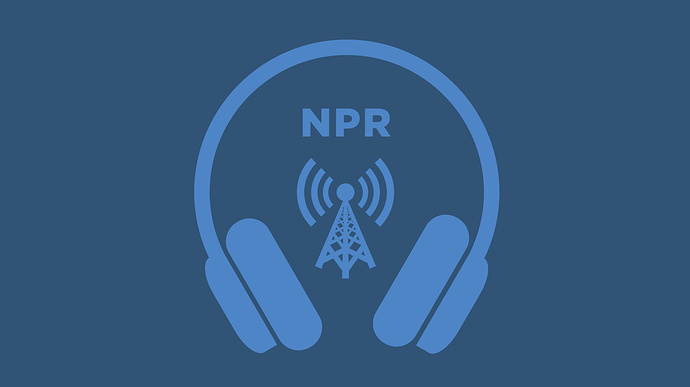 Even with strict gun laws, 2 mass shootings happened days ago in California

At least 18 people were killed in the shootings. NPR's A Martinez talks to Daniel Webster of the Johns Hopkins Center for Gun Violence Solutions about whether stricter gun laws reduce gun violence.

California does not have strict gun laws. They have some gun laws but not strict ones.
Dissatisfied with NPR’s take on this 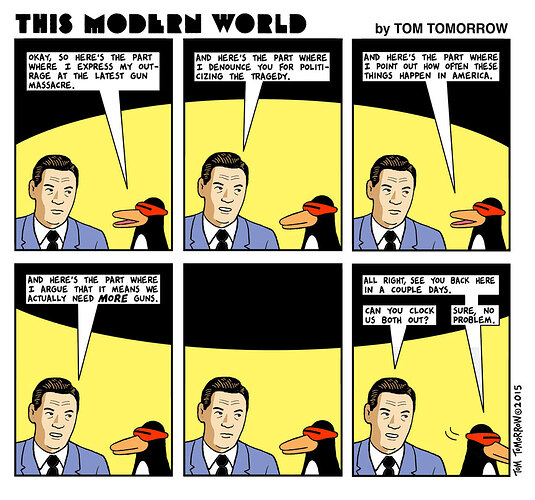 wow, right? remember when there were actually days between mass shootings? not more shootings than we have numbers on the calendar?

basically the golden years that comic was

Yeah. California has strict laws if you read the names of them, but if you look at what they actually do, they’re not nearly as strict. California’s “high capacity magazine ban?” Affects just sales. Locally. Does not affect importing them at this time since it got struck down and probably never really could be fairly enforced. The Chinese New Year gunman’s gun in California? It was purchased in the 90s, before any of these bans went into effect. He owned it that long. And there was nothing on the books suggesting it be taken away. That doesn’t strike me as “strict” at all. Strict would be forcing him and others, who the state and federal government know about because they have legally kept sales records thanks to the Brady Handgun bill, from keeping the Mac-10.

Minimal as they may be - California has a very low rate of gun violence. Comparatively. In the US.

It supports the efficacy of similar legislation.

The Chinese New Year gunman’s gun in California? It was purchased in the 90s, before any of these bans went into effect. He owned it that long.

Do you have a citation for that, or is it an assumption? I haven’t seen that in any of the reporting on the tragedy. It also doesn’t entirely make sense - those early 90’s Mac 10s were mostly open bolt, and the post-AWB models were the closed bolt ones like the one this shooter used.

Yeah, I saw it first in the WSJ 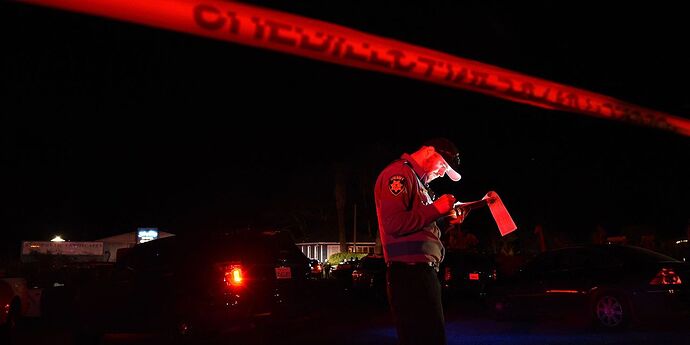 The man police say killed 11 people Saturday night in Monterey Park, Calif., used an unusual type of gun popular four decades ago that he legally purchased, according to law-enforcement officials with knowledge of the investigation. Huu Can Tran used...

All Most of us can agree that it’s a measure of the insanity of American gun culture and regulation that such a weapon was ever available for legal purchase by civilians.

It never even should have been legal for him to purchase it to begin with.

Thanks! Paywalled, but I’ll find it somewhere. 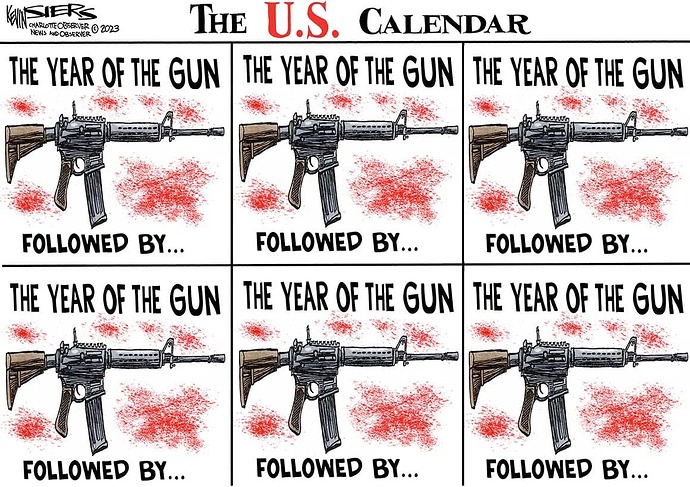 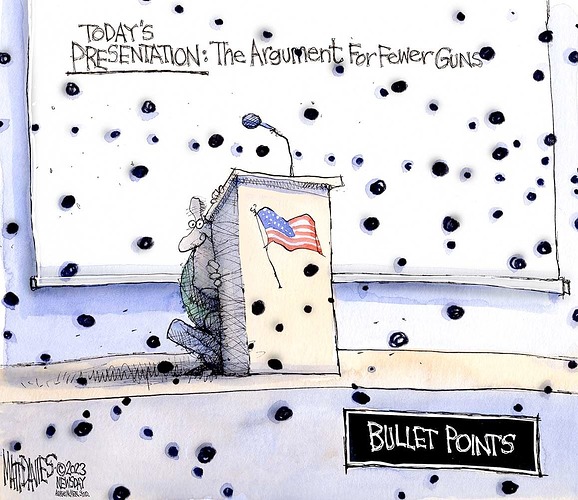 the sixth mass shooting in california this month 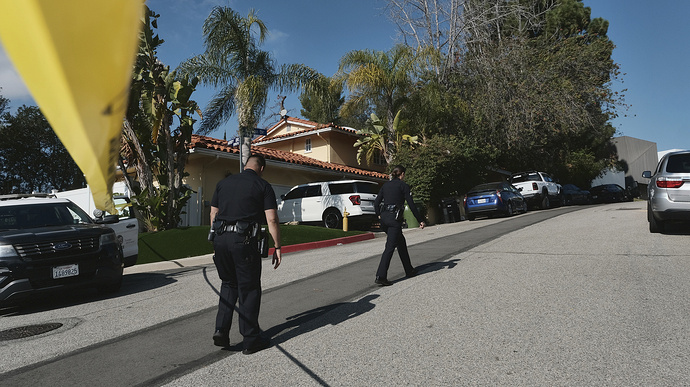 Police say at least 3 people are dead, 4 hurt in the latest California mass...

The incident early Saturday in an upscale Los Angeles neighborhood was the latest of several mass shootings in California.

i fear they’re going to have to start giving them hurricane like names so we can tell them apart. ( or, you know, we could get rid of the guns. because enough is really enough already. ) 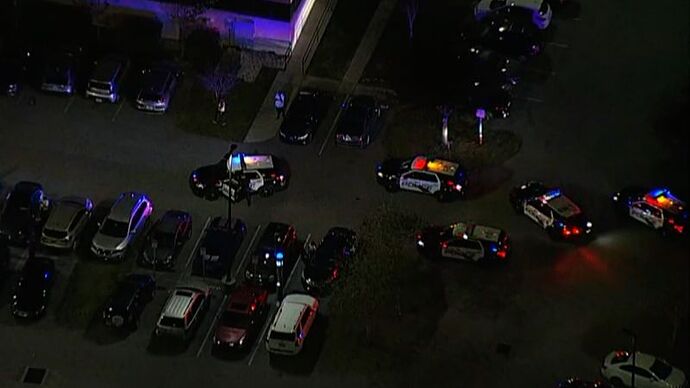 At least 10 people were wounded Monday afternoon in a drive-by shooting in Lakeland, Florida, police said, and two are in critical condition.

A dark-blue Nissan four-door sedan pulled up at the scene of the shooting, Lakeland Police Department Chief Sam Taylor said.

“The vehicle slowed, did not stop, and the four windows went down. It appeared to be occupied by four shooters in the vehicle,” Taylor said. “They started firing from all four windows of the vehicle and shooting males on both sides.”

13 Likes
Here are your odds of dying from a wasp sting, sunstroke, drowning, alcohol poisoning, medical mishap, and other unfortunate experiences
smulder January 31, 2023, 8:51am #1393 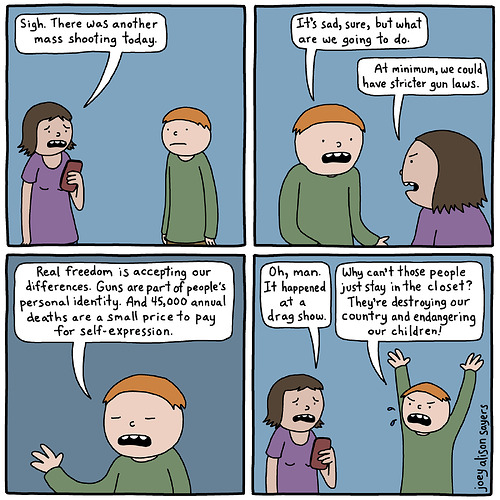