Will they ever get an answer? I assume she’s died, but it is amazing that she is/was able to go underground for so long.

That’s been my strategy so far: just let my eyes roll across the words and don’t worry too much about their implications until something rises above the background level of (un)interesting.

Well, I read 100 Years for a Latin American politics class in the early 80’s and GGM was one of my prof’s favorite authors (liked Graham Greene, too, but I got that love from my parents). My prof was raised in Montana, but he worked for USAID in Ecuador during the sixties. He had us read the book more for a more nuanced approach to the culture. Fortunately, we didn’t have to read it like Comparative Lit class and the paper had to do with political institutions (if I remember correctly).

All this discussion has got me thinking that I need re-read it this summer.

That’s cool. It sounds like your prof could offer some very useful context, without which it feels like a stranger recounting a dream. I’m not especially interested in political intrigue (of any era), but the subtext of this book must be hugely significant. I suppose I could read all about that elsewhere, but that’s a heck of a lot of effort. Le sigh.

Finally finished the Malazan Book of the Fallen series. Now I feel a bit bereft. Luckily(?) there’s a whole load more books in the same setting, so I have plenty to be going on with.

Got Sandman: Overture to read now.

(yay me) and I see it was already mentioned once or twice but nothing substantive. The book is quite incomplete until you read the sequel, The Dark Forest. That explains a lot and it has some interesting perspectives on The Great Filter, without giving anything away. If you are into Great Filter stuff, I highly recommend these books.

There’s also a third book slated for later this year, I think? Death’s End. Not sure if the translation is the holdup or the actual writing.

Also, as it is translated from Chinese, I found it refreshingly alien in perspective, unlike most western sci-fi I’ve read. Sometimes this was tedious, but from an ideas perspective, you could really feel the cultural backwash rumbling up at times and coloring the perspective. It was nice.

I couldn’t finish the first book. It jumped the shark 2/3 in for me with faux science. 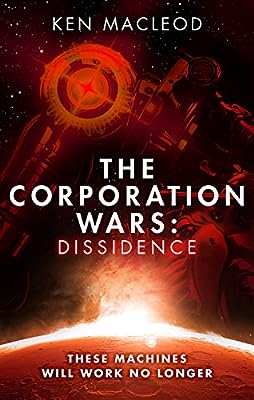 They've died for the companies more times than they can remember. Now they must fight to live for themselves. Sentient machines work, fight and die in interstellar exploration and conflict for the ben ... 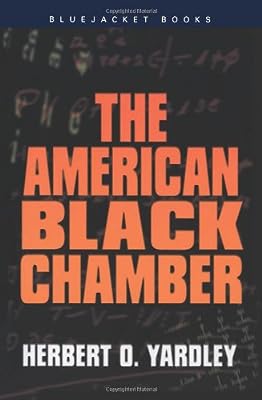 During the 1920s Herbert O. Yardley was chief of the first peacetime cryptanalytic organization in the United States, the ancestor of today's National Security Agency. Funded by the U.S. Army and the ...

‘The Black Count,’ by Tom Reiss. About the father of author Alexandre Dumas. The man was the highest ranking man of color in an European military (France). Interesting read about 19th Century Europe and a very colorful but largely unknown person. The Black Count: Glory, Revolution, Betrayal, and the Real Count of Monte Cristo

It jumped the shark 2/3 in for me with faux science.

I believe the second word in “science fiction” you are thinking of is “fiction”. Anyways, book two is where the real action was. Book one was just a prelude, really.

Sure but if your “science” is a bunch of hand waving, you run the risk of losing me. It was the only hugo nominee that I tried to read and couldn’t finish.

Hell, I finished Seveneves and that was an f’ing slog (and I’m a Stephenson fan).

Because it was surprisingly (to me, anyway) available without any wait at the library, Chuck Palahniuk’s latest short story collection Make Something Up.

From the Graun’s review:

In Palahniuk, we have a writer at the height of his powers, but who refuses to use those powers for good, and sometimes refuses to use them at all; who would rather soak his powers in urine, then eat them and vomit them into your lap. It’s a performance that can be exhilarating when graceful, but simply painful when it is not. He is an enfant terrible in desperate need of adult supervision, and one wishes Palahniuk’s editors would convince him not to publish his flimsiest tantrums.

Despite having lived the movie since I first saw it in the 70s (when I was but a fry), I have never attempted to read Patrick Dennis’ _ Auntie Mame_ - until tonight.

Also scored an excellent condition ex-library copy of Carl Sandburg’s Rutabaga Stories at the library booksale this weekend, and am making my kids and wife listen to it. I had a paperback copy of volume 1 for the past 24 years (!), but now I’ve got 'em all.

I just finished Heraclix & Pomp and was mightily entertained. Goodreads reviews are mixed, but honestly: the two main characters are a golem who wants to know where his body parts came from and a fairy who doesn’t understand time. That should be enough to tell you whether or not you’ll enjoy it.

Too Like the Lightning: intricate worldbuilding, brilliant speculation, gripping...

Ada Palmer — historian, musician, librettist — debuts as a novelist today with a book called Too Like the Lightning, a book more intricate, more plausible, more significant than any d… 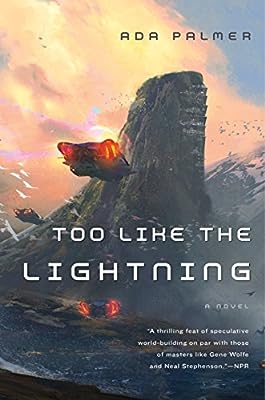 Too Like the Lightning: Book One of Terra Ignota

From the winner of the 2017 John W. Campbell Award for Best New Writer, Ada Palmer's 2017 Compton Crook Award-winning political science fiction, Too Like the Lightning, ventures into a human future of ...

Ooh, that does look good. It’s now on my list. Thanks!

Finallly getting into it after renewal of my checkout from the library
The Coyote Kings : Space Age Bachelor Pad by Minister Faust

The Coyote Kings of the Space-Age Bachelor Pad

Hamza and Yehat are The Coyote Kings' best friends, one a disgruntled dishwasher and the other a video store clerk, but each brilliant in...

Takes place in the Ethiopian community of Edmonton. One of our heros befriends what appears to be a geeky girl of his dreams but is a 2500 year old bad ass of some sort not sure what yet as I haven’t got that far.

Takes place in the Ethiopian community of Edmonton. One of our heros befriends what appears to be a geeky girl of his dreams but is a 2500 year old bad ass of some sort not sure what yet as I haven’t got that far.

That was a pretty good book. I’ve been less impressed by his later stuff (he’s kind of a one trick pony in a way) but it is still fun.

I haven’t finished it yet because I had errands to do but it seems pretty great so far.