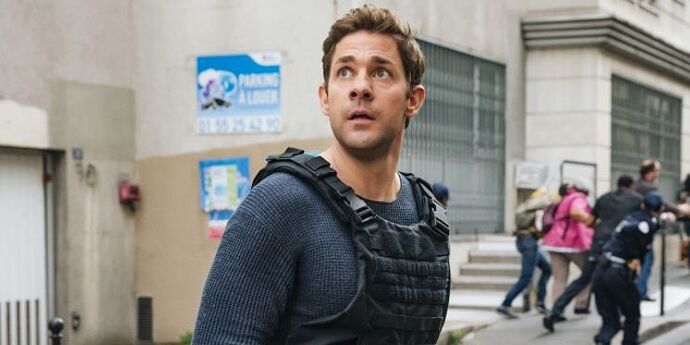 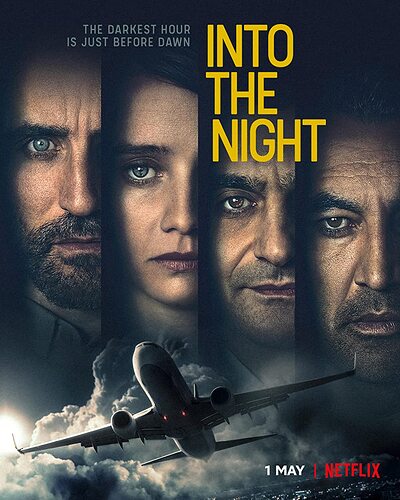 Into the Night: Created by Jason George. With Pauline Etienne, Laurent Capelluto, Mehmet Kurtulus, Babetida Sadjo. When radiation from the sun causes a global disaster on Earth, survivors on an overnight flight from Brussels race from city to city...

Just wrapped up season two, starting into the spin off Yakamoz S-245 now. I hope that this gets an S3 - the character development is great and the plot expertly propelled by the most cliff-hanger tension I’ve seen pulled off on screen in a while.

Eastern Asian serials have never had any qualms about taking enough time and episodes to tell a whole story. Consider the Legends of Condor Heroes or even Goodbye to Goodbye (a 40 episode series for a Korean illustrated web novel).

This one really cracked me up…

When they cut to the judges and one of them was Tony Hawk, and he screeches TONY HAWK… 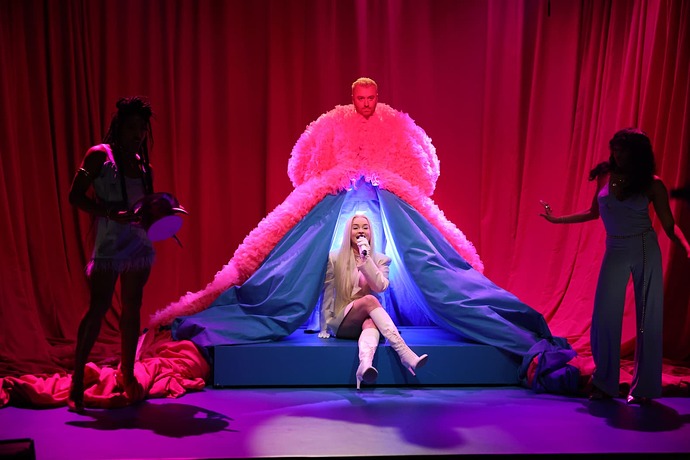 And then a random appearance by Sharon Stone… 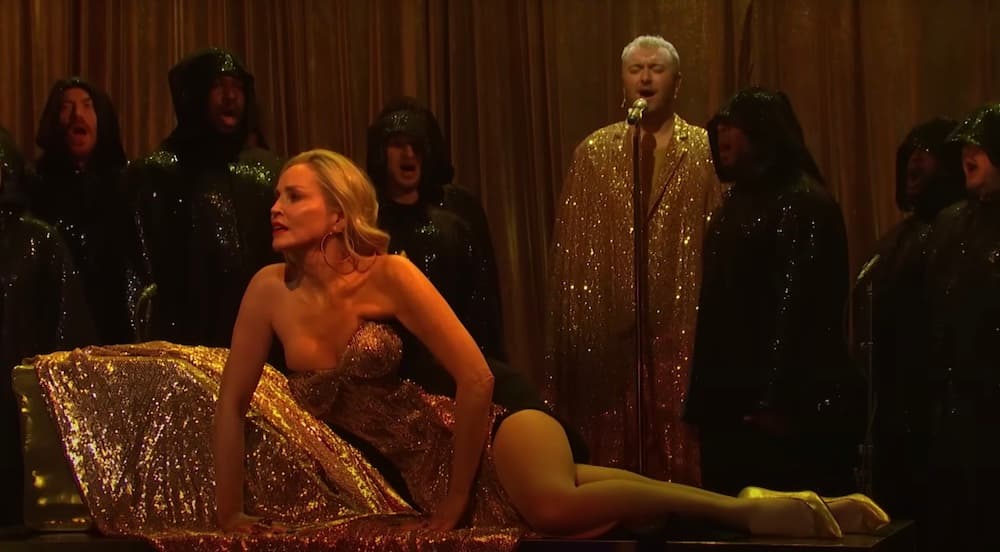 I like how she also did a shout out to the set designers and basically showed us how April Ludgate was invented. I like to think that Amy Poehler told the producers of Parks & Rec that she knew the perfect person to play April.

The wife and I watched a few That 90s Show episodes.

It’s more like a Nickelodeon or Disney show but it is pleasant to watch.

We’ll watch the last few episodes this week and I hope they do some more.

These short 10 episode seasons aren’t really enough to get a show going.

… very meta seeing this ad in the middle of the film 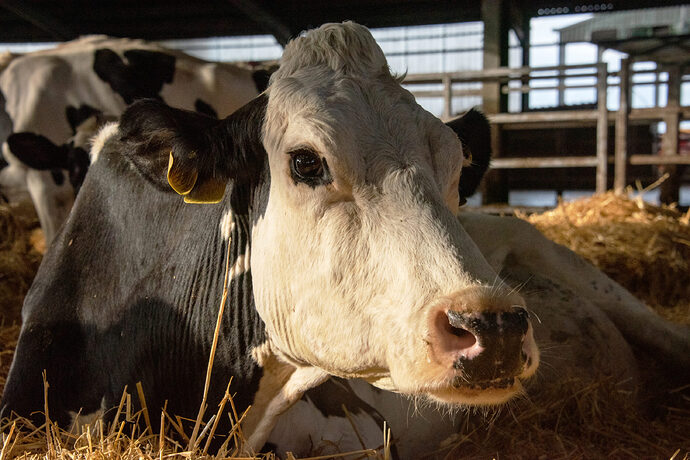 Director Andrea Arnold followed a dairy cow over the course of four years, and the result is nothing like conventional entertainment.

We take such animals for granted. “Cow” shows that we owe them our attention. Some people will see “Cow” and want to become vegan, and some will come away with yet a different point of view. The movie doesn’t push an agenda. It just shows you: It’s late at night. The cow is in the pasture. The moon is up, and a plane is in the sky. The cow sees what we see. This is a life on this planet.

Like every great film, “Cow” is more than what it says or immediately intends. In a way that’s hard to limit or delineate, it’s a meditation on life. It doesn’t anthropomorphize. It doesn’t make cows into human beings. If anything, for some 90 minutes, it turns us into a cow. 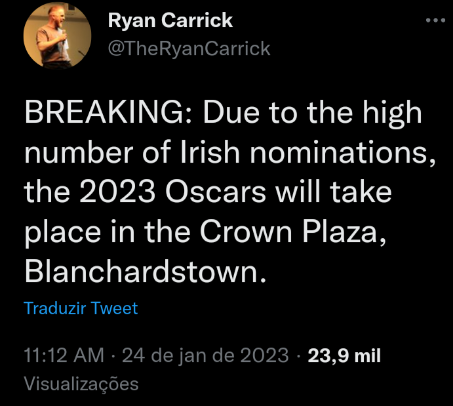 I’m a big fan of Andrea Arnold so that was an obvious watch for me. The mothers and babies element is profoundly sad. The farm family struck me as being on the good end of the scale for animal welfare (animal farmers do get attached to their stock) but Emma’s (IIRC) life was just so sad. The tiny moments of joy (getting out to summer pasturage) versus the terrible heartbreak of her child being taken away. The inevitable end of course.

Nothing too surprising to me as I’ve visited relatives dairy farms throughout my life but still very sad.

I’m not going to spoiler that as grown ups surely know what cows lives are.

This was the right move, although that doesn’t make it any less surprising. Roiland’s removal may also open the door for up to two more voiceover artists to get jobs, too. I can support that. 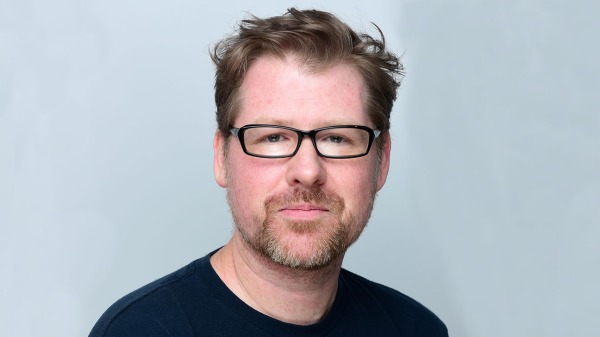 'Rick and Morty' is set to continue, with Roiland's voice roles to be re-cast, sources say.

Getting caught up on the last season of Discovery (season 4), and am watching the Ready Room episodes, and this tear-jerking moment came up to go with episode 4 (discussing the moment when Tilly decides to leave to teach at the academy, and Wheaton feeling seen because of it). 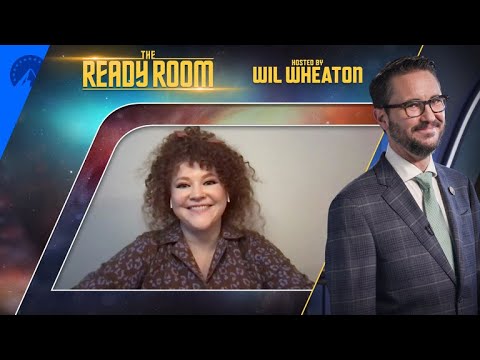 Towards the end of his interview with Wiseman… 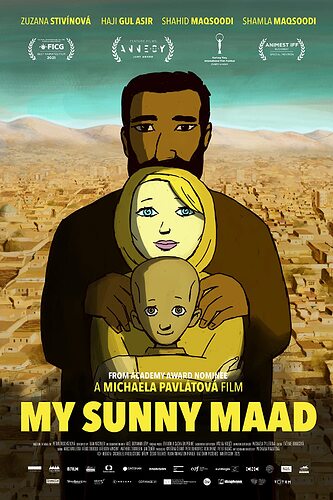 Moje slunce Mad: Directed by Michaela Pavlátová. With Zuzana Stivínová, Shahid Maqsoodi, Shamla Maqsoodi, Mohammad Aref Safai. When Herra, a Czech woman, falls in love with Nazir, an Afghan man, she has no idea about the life that awaits her in... 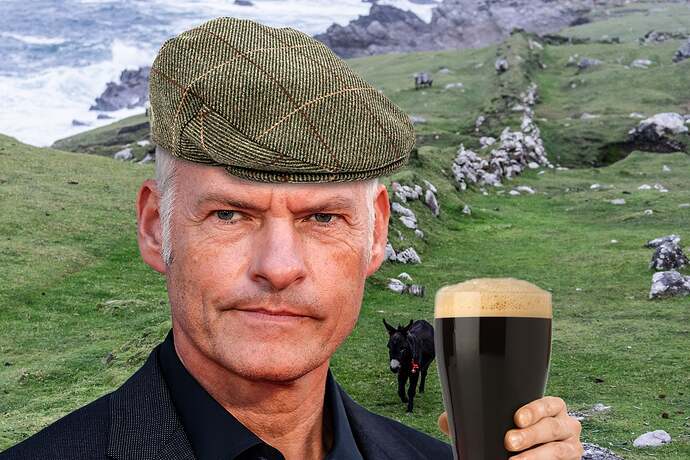 The Banshees of Inisherin’s Writer-Director Has Made a Career of “Irishness.”...

Does Martin McDonagh understand Ireland at all?

Hold on to your flat caps, it says: Here comes Ireland.

I guess we can say he knows his audience, and that the simulacra of Ireland sells to people (like me, it should be said) who claim some strain of Irish heritage and want to make some kind of connection to the place, is good business… Hell, the article itself even mentions that the imagery he trades in is often used for tourist advertising.

But I doubt Ireland is hardly the only country to suffer such mythologizing (I mean, I would say that Britain is also often mythologized in film to some extent to American viewers, too… and Scotland… France, especially Paris?).

Shoot! I have been meaning to post this for a while and here is is, almost too late.

Sing Street, from John Carney the writer/director of Once, is leaving Netflix on Jan 31st (in the US). It’s a wonderful coming of age musical (in the same way that Once is a musical) set in Dublin in the 80s - There are still numbers in it that give me chills seeing it again after 6 years. Highly recommended if you have a chance to catch it 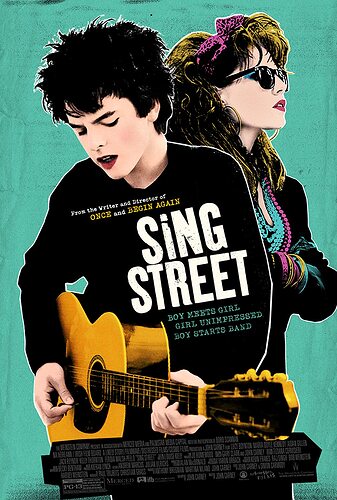 Sing Street: Directed by John Carney. With Ferdia Walsh-Peelo, Kelly Thornton, Maria Doyle Kennedy, Jack Reynor. A boy growing up in Dublin during the 1980s escapes his strained family life by starting a band to impress the mysterious girl he likes. 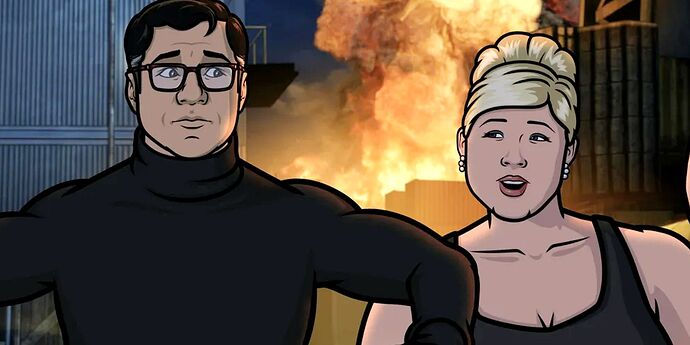 Though FXX has not commented publicly on a potential Archer season 14, it seems the series has indeed been renewed. Check out Parnell’s full response below:

“I think you got a pretty good sense of the big shift that happened with season 13 without Mallory around, sadly, without Jessica. But yeah, I think it’s gonna be more of us doing spy stuff, but we’ve just started recording season 14, so it remains to be seen what else is gonna happen.”

Watching ep. 2 of Natasha Lyonne and Rian Johnson’s Pokerface on Peacock. I’m not sure what I was expecting, but this is not it.

It’s way better! It’s very grimy and street level, while still having a lot of the themes from the Knives Outs…and really even Brick (and Columbo - if you know, you know). It’s a really wonderful show (as I expected), but not exactly what I was thinking it might be. It’s beautifully shot, of course, and so far completely compelling. As always Natasha Lyonne is fantastic. 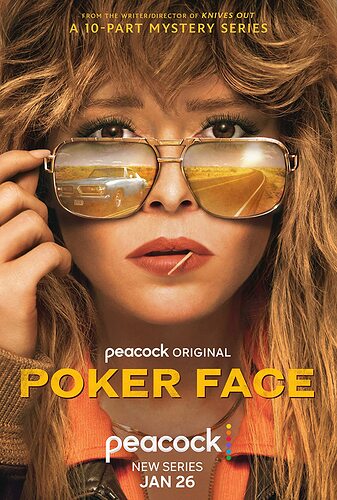 Poker Face: Created by Rian Johnson. With Natasha Lyonne, Benjamin Bratt, Elijah George, Robert Loftus. Charlie has an extraordinary ability to determine when someone is lying. She hits the road with her Plymouth Barracuda and with every stop...

Does it have just one more thing?