The key difference between painting sidewalks and painting roofs, though, is that there usually aren’t people on those roofs all that often to absorb the reflected energy; it just goes right back up and out. It’s why the arctic is (was?

) such a good thermal regulator for the planet. All that solar energy just bounces off the snow and leaves without doing much.

But if you want to make life better for the people on the street, just plant some trees FFS. They’ll last longer and they’re probably cheaper than thousands of gallons of high-tech paint.

Pope Francis Warns of Eternal Damnation for Screwing This Up

The plea came in a letter to Irish Catholics where Francis called on his followers to pray for negotiators at the COP26 climate summit.

Countries agree to cut emissions faster and curb coal use to keep 1.5°C as...

After more than two weeks of tortuous negotiations, nations have backed a deal to come back next year with new plans to cut emissions this decade

to phase down the most polluting coal power

Last minute change of wording to appease certain fossil fuel dependent countries while many small island nations that will soon be underwater not even allowed in the room because fuck 'em, i guess?

Yes.
Also: I have planted over 100 trees in my lifetime. I kinda stopped counting. The challenge is usually the watering of the transplants for 2 years that is the hard part.

Still, trees do burn. And trees do need water. And care. Trees aren’t the perfect answer but they are the closest thing to it.

The key difference between painting sidewalks and painting roofs, though, is that there usually aren’t people on those roofs all that often to absorb the reflected energy; it just goes right back up and out.

Yeah, I get it that people are not usually up on roofs, walking around on them.

And yeah, the albedo of ice at our home planet’s polar regions does a great job reflecting back solar radiation.

I guess I really need to understand more about

All that solar energy just bounces off the snow and leaves without doing much.

… that part, right there.

Does all that extra heat and water vapor bouncing around in our 415.72 PPM CO2 (today’s reading)…

Continual updates of daily CO2 levels recorded at the Mauna Loa Observatory in Hawaii. The page features NOAA MLO data and charts with charts and links for Scripps MLO data.

… still reliably let the solar energy leave without doing much? Where does that energy “go”?

Seriously asking here, as I am a climate-science-impaired junior nerd.

Photosynthesis is where the plant uses the energy in solar radiation to drive the reaction
6CO₂ + 6H₂O → C₆H₁₂O₆ + 6O₂.
The light is used to turn carbon dioxide and water into oxygen and sugar.

Also, leaves give off water in a process called evapotranspiration (through the same stomata through which they draw in CO₂), which cools the leaves down, and incidentally cools and humidifies the surrounding air.

Where does that energy “go”?

So in the absence of plants, say, on a rooftop or on the snow-buried tundra, I can guess that sunlight is reflected back “up” somewhere, but… what happens the energy and/or heat in that scenario?

That’s called “albedo”: the reflectivity of the planet.

In reality it’s more complicated than that. Not least because some of the energy will be absorbed in the act of interacting with the object, which will heat it up. And when something gets hot, it will start to emit (not reflect) infrared radiation (which is what a thermal camera picks up). If it gets very hot, it will start to emit energy in the visible spectrum, which is why hot metal glows.
And then you have to take into account the transmissibility of the air at different wavelengths.

The sky, in many places, is blue. This is because of how light bounces around in the air: some wavelengths are scattered and bounced around, other wavelengths pass straight through. If the atmosphere were perfectly transparent in the visible spectrum, then the sky would be black because there would be no scattering.

So it follows that the light which hits the Earth’s surface is what the air is mostly transparent to. If you have snow, or clouds, or white roofs, then it gets mostly reflected back where it came from, and it can go back the way it came.

If you’ve got a black roof or tarmac roads, then that light gets absorbed by that dark surface, and because there’s no photosynthesis using that energy, it all gets turned into heat. And that heat emits infrared. And the atmosphere isn’t as transparent to infrared as it is to visible light, so it scatters, and heats up the air. And the warmer air heats up the oceans, and the oceans can store a shit-ton of heat, and take it down below the surface where you can’t see it but it looks like the atmospheric heating has stalled, but it hasn’t, the ocean is just cooking, and when it can’t store any more it will start heating up the atmosphere again.
And the heat in the oceans changes the nature of the chemical reactions, meaning that it can absorb more carbon dioxide, which is good right? ahaha no, it turns the CO₂ into carbonic acid, increases the acidity of the ocean, and means that creatures which require calcium to build shells and exoskeletons and coral reefs and things can’t because they keep dissolving, and that takes out the foundation layer of the ocean’s entire ecosystem.

Does all that extra heat and water vapor bouncing around in our 415.72 PPM CO2 (today’s reading)…
… still reliably let the solar energy leave without doing much? Where does that energy “go”?

It does. So the thing with global warming is not really a difference between radiation traveling in or out, but its wavelength, which depends on the source. Water vapor and CO2 are more or less transparent to light from the sun, but they absorb in infrared, which is most of what the Earth radiates out because of its lower temperature.

Energy that’s reflected is still going to be the same wavelengths as sunlight, so for the most part it won’t be blocked. It’s specifically when the energy is absorbed and re-emitted that going in is easier than going out.

This is pretty damned biblical

The city of Aswan has been dealing with an influx of scorpions and snakes, thanks to a recent rash of heavy storms disturbing their hiding places. 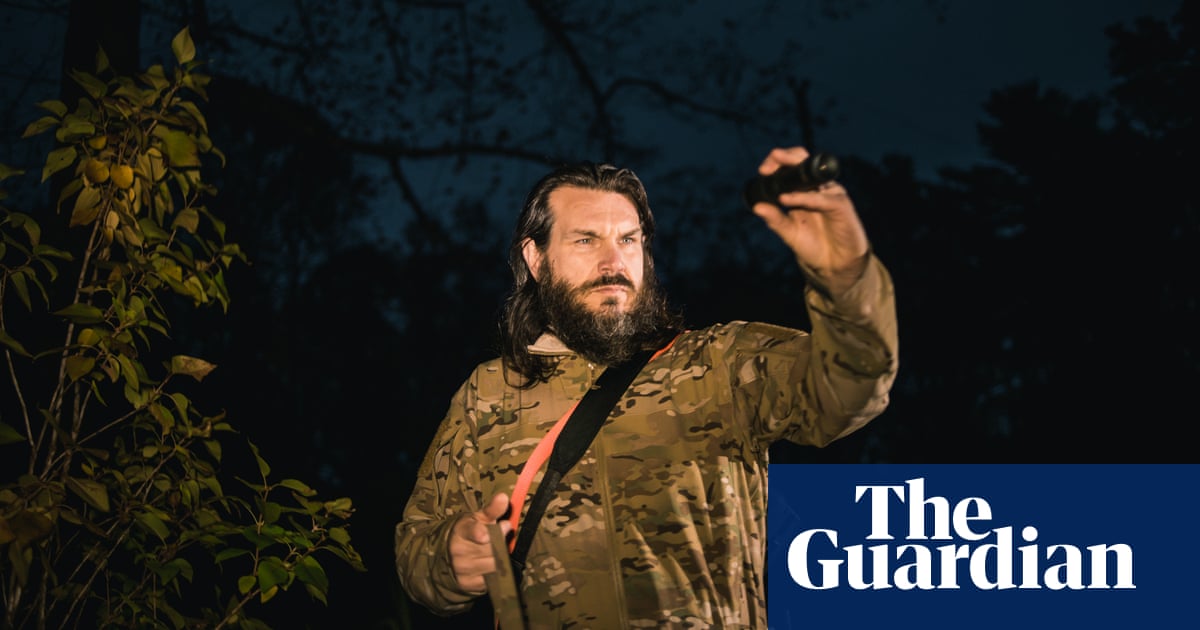 ‘It’s like hunting aliens’: inside the town besieged by armadillos

Thanks to climate change, armadillos, native to southern America, are making their way up north. And there’s no sign of them stopping their relentless march

In a disastrous drought, a grim milestone: California could see its first big...

State officials are working with water managers in Sonoma and Mendocino counties to try...

In a disastrous drought, a grim milestone: California could see its first big reservoir run dry

@samifouad
it's with great honour that today this interaction has been inducted into my personal twitter hall of fame https://t.co/1DLQou4318

@Gidimten
Yesterday, we took our land back. With our Haudenosaunee allies, we enforced our ancient trespass laws and have permanently closed access to our territory. The Morice Forest Service Road has been destroyed and access to Coastal Gaslink is no longer possible. https://t.co/TcM0pOi4j6

It’s Tobacco industry deniers 2.0, a playbook that affects… oh… the entire planet instead: 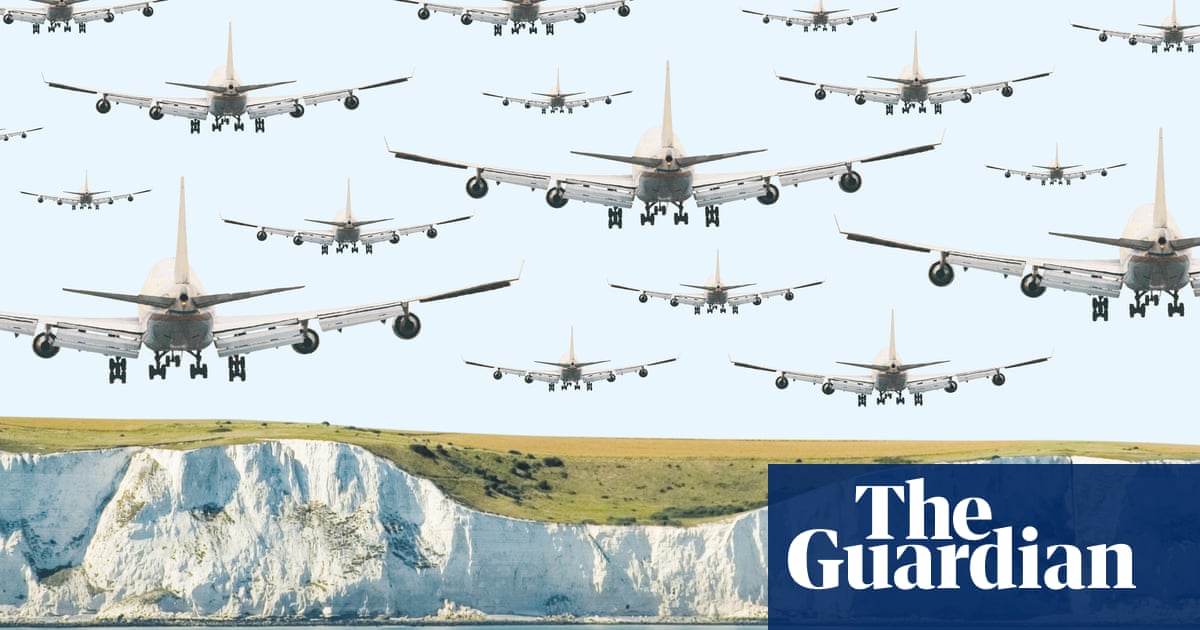 Meet the ‘inactivists’, tangling up the climate crisis in culture wars

The long read: As climate science has gone mainstream, outright denialism has been pushed to the fringes. Now a new tactic of dismissing green policies as elitist is on the rise, and has zoned in on a bitter row over a disused airport in Kent

The 'Last Ice Area' May Provide a Final Refuge for Arctic Life in a Warming...