There is a global blind spot in the fight against climate change, says evolutionary biologist Toby Kiers, and she is on a quest to map it out.

Hawaii under blizzard warning as 12 inches of snow and winds up to 100 mph...

From Friday until Sunday, the Big Island of Hawaii is under a blizzard warning. A foot of snow and winds up to 100 mph are expected.

Meanwhile little if any snow fall is predicted for the East Coast this year.

It’s the La Nina, so not unprecedented…

Winter has started out weird in the United States

We always get some. Haven’t seen a significant drop in 4 years. 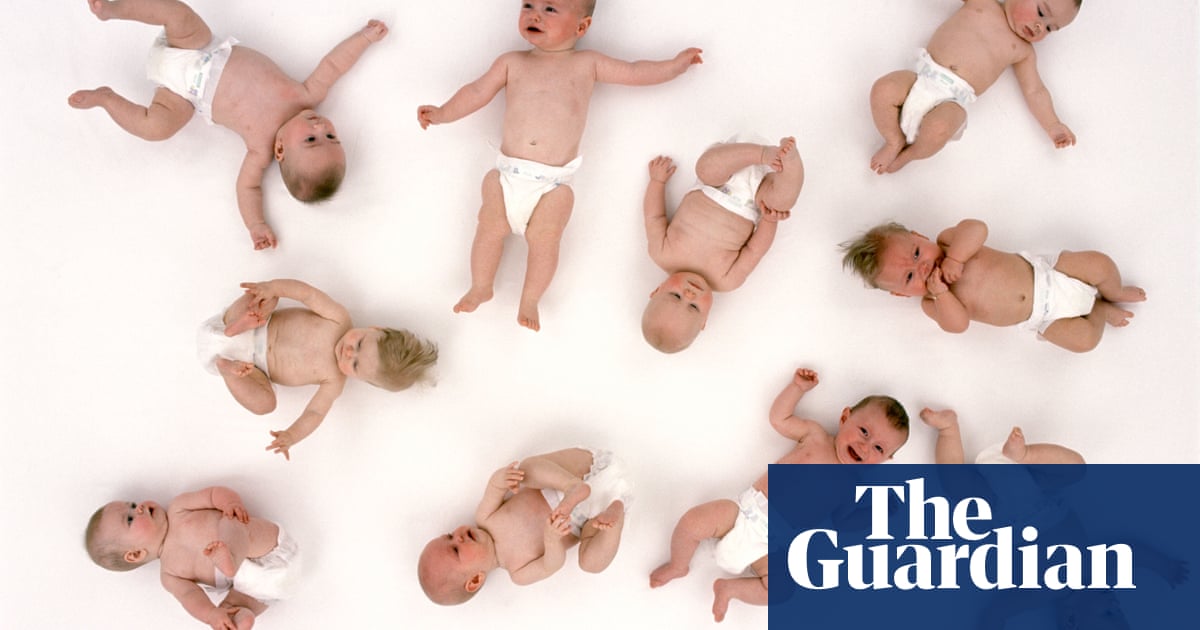 Sex ratio of babies linked to pollution and poverty indicators 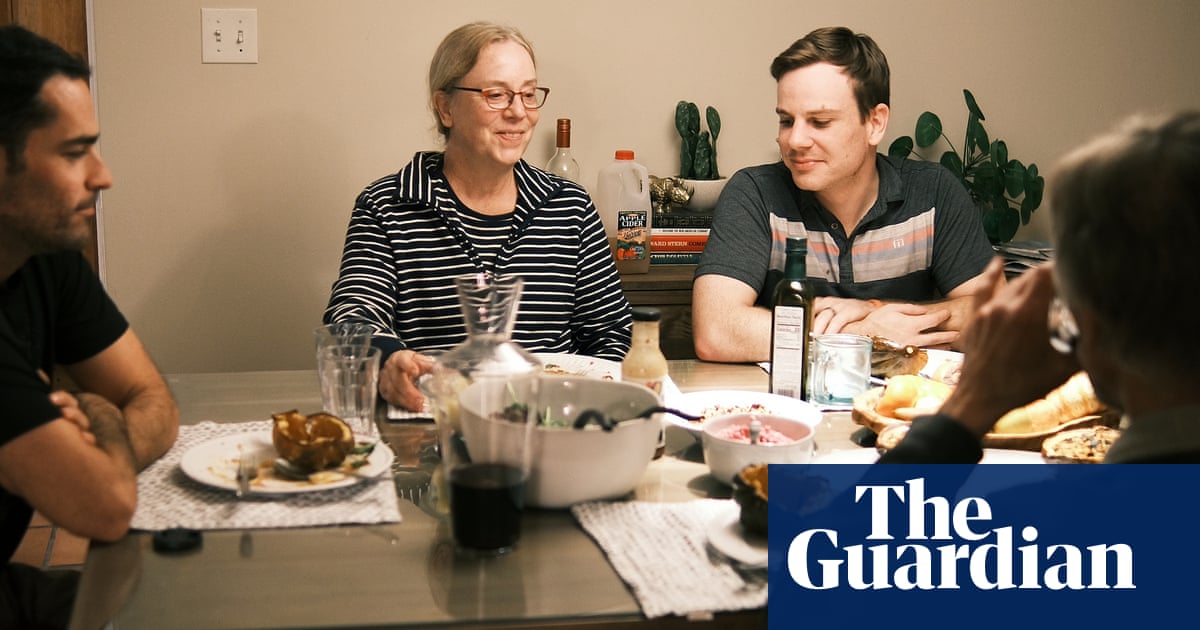 ‘Your generation got us in this mess’: children of big oil employees discuss...

Man, I wonder what got edited out of this article. It’s a start, yeah, but it is dang underwhelming.

There’s someone alive working at the company since 1900?

As part of a multi-year restoration effort at the Grace Chain of lakes, officials removed 5,000 pounds of goldfish this November.

“ With no natural predators, illegally dumped goldfish can multiply rapidly, and because they are hardy, long-lived, and destructive, their impact on ecosystems can be severe. Goldfish can survive the bitterly cold water temps and low oxygen levels during Minnesota winters, can live up to 25 years, and, like their relatives the common carp, stir up sediment, uproot plants, and compete with native fish for food and shelter. “They’re perhaps the only vertebrate animals that can live without any oxygen, which is remarkable,” Peter Sorensen, a fisheries biologist professor at the University of Minnesota told Minnesota Public Radio News. “They can go what we call totally anaerobic, and they just live off sugars and produce alcohol.” This allows them to survive even in shallow lakes that completely freeze over in winter.”

How a blind spot in the Kyoto Protocol helped create the biomass industry.

EPA Struggles to Track Methane Emissions From Landfills. Here’s Why It Matters...

This report is a collaboration between Inside Climate News, WMFE in Orlando, and NPR’s Investigations Desk. A single flip-flop. An empty Chick-fil-A sandwich bag. A mattress. A sneaker, navy with a white sole. A little orange bouncy ball. Garbage is...

Estimating methane emissions from landfills based on rainfall, ambient...

Proper control of methane emissions from landfill (or manure, or sewage sludge) has an insanely outsize impact on global warming emissions- Methane has a Global warming potential of around 80 times that of Carbon Dioxide, so capturing it already has a big impact. If you then use that methane to generate power, and that displaces some fossil carbon from the energy mix, the impact is amplified again.

But it might keep propping them up at home.

Of course it will. For the votes.

use that methane to generate power

The technology (which is pretty low-tech and simple) has been around for–embarrassingly–years. But its profitability is nowhere near that of fossil fuels, which has historically been all about uh, yeah, petroleum. Imagine how many countries the U.S. would have not invaded if only a decentralized biogas energy culture had managed to be A Thing.

Biogas is a mixture of gases, primarily consisting of methane and carbon dioxide, produced from raw materials such as agricultural waste, manure, municipal waste, plant material, sewage, green waste or food waste. It is a renewable energy source. Biogas is produced by anaerobic digestion with anaerobic organisms or methanogen inside an anaerobic digester, biodigester or a bioreactor. Biogas is primarily methane (CH4) and carbon dioxide (CO2) and may have small amounts of hydrogen sulfide (H...

This had had my attention for a coupla decades:

Methane clathrate (CH4·5.75H2O) or (4CH4·23H2O), also called methane hydrate, hydromethane, methane ice, fire ice, natural gas hydrate, or gas hydrate, is a solid clathrate compound (more specifically, a clathrate hydrate) in which a large amount of methane is trapped within a crystal structure of water, forming a solid similar to ice. Originally thought to occur only in the outer regions of the Solar System, where temperatures are low and water ice is common, significant deposits of Methane cla...

… because of permafrost thawing, etc. Because yeah

… such an objectively worse effect on climate and atmosphere than CO2.

It (ok, methane hydrate) is now the source of the military buildup and scrapping that is going on in the South China Sea these days, per Charles C. Mann, an author who does his homework, and whose books I have shamelessly plugged on this bbs:

tl;dw
the shortcut to the part I mention:

Could access to methane hydrates be behind China’s territorial aggressiveness in the South China Sea? Instead of saber-rattling, China to deploy its sophisticated technology backed by the deep pockets of its Asian Infrastructure Investment Bank to...

China successfully extracted gas from 'flammable ice' and it could lead to a...

China has succeeded in extracting methane gas from solid deposits under the sea in an experiment that could eventually lead to the commercial production of what is being touted as an abundant new source of energy. In a first for the country,...

I can’t tell if the U.S. military-industrial complex thinks they want China to leave it in the ocean, or want it for themselves, or what. Maybe the distinction is not important.

An oil war is a conflict about petroleum resources, or their transportation, consumption, or regulation. The term may also refer generally to any conflict in a region that contains oil reserves or is geographically positioned in a location where an entity has or may wish to develop production or transportation infrastructure for petroleum products.[citation needed] It is also used to refer to any of a number of specific oil wars. Research by Emily Meierding has characterized oil wars as largely ...

I am not good at all-things-chemistry, so I will leave the musings to others here about whether China can even manage to use methane in a way that doesn’t worsen climate change.

Glad you mentioned Biogas. There’s another thing that makes it even more effective- if you’re using the righ feedstock, then the residue left after producing methane can also be used as fertilizer, which saves further energy, as the production of fertilizer is another incredibly energy hungry and carbon intensive process.

Another nice synergy with this technology is that water and sewerage utilities can use it to make the shift from being major consumers of energy to producing their own power and offsetting their energy requirements.

Austin still gets a few things right. (Getting things web-ready for Onebox ain’t one of them.)

windrows and windrows of fertilizer in the making there:
http://www.biomassmagazine.com/plants/view/6520

This ambitious paper attempts to scope global use. Bless their hearts.

A critical review of biogas production and usage with legislations framework...

This review showcases a comprehensive analysis of studies that highlight the different conversion procedures attempted across the globe. The resources of biogas production along with treatment methods are presented. The effect of different governing...

I’ve supported charities working on biogas as an alternative to wood-burning (addressing deforestation, human health, and more), and their annual newsletters let me know that biogas is apparently regarded in North America as something for crazy Euros and “developing countries.”

OMG there’s a… conference for this? hey wow:

A major storm is headed toward Northern California this weekend, promising to drop heavy snow in the Sierra Nevada and rain throughout the region

I am not good at all-things-chemistry, so I will leave the musings to others here about whether China can even manage to use methane in a way that doesn’t worsen climate change.

If the methane is getting released into the atmo anyway, then burning it blunts the impact and lets you extract some energy along the way. If it is sequestered and you are extracting it to burn it, then some is going to leak and you are still adding CO2 to the equation, so no I am 99% sure that this is a big fat L for us.

The report says that while Finland has ambitious climate goals, it needs to implement their plans rather than continue coming up with new ones.