Why all scientific diet research turns out to be bullshit

Even ‘drink lots of milk for healthy bones’ looks possibly wrong now (better to just say f@#$ it and drink milk if you want to drink milk).

That’s definitely wrong, and not even based on data. It was just based on “hey, bones are made of calcium” “wow, milk has calcium”. The kind of logic that caused the parents of an older acquaintance of mine to grind egg shells into food. Bone health has almost nothing to do with dietary calcium (though obviously you need some calcium for healthy bones, and to be alive otherwise).

There’s a good discussion of the various methods used in Nutrition Science in the book Why Calories Count. My favorite section is where they discuss some old studies where they fed people very weird, specific combos of food, like only eating beets and leeks, and then measured how that affected people’s health. 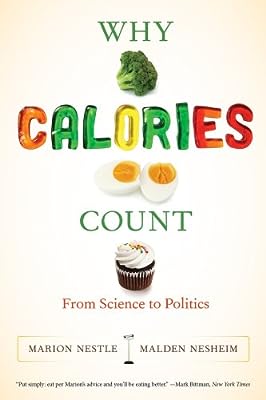 Why Calories Count: From Science to Politics (California Studies in Food and Culture)

Calories�too few or too many�are the source of health problems affecting billions of people in today’s globalized world. Although calories are essential to human health and survival, they cannot be se ...

Right-o. I used to get restless legs, which has been correlated with low iron in research. So, of course, a lot of my alternative health friends told me to take iron supplements (or magnesium). But when I discussed this with a doctor, he said that was so simplistic. I might be eating plenty of iron, but there might be something wrong with the mechanism for iron uptake in the blood, or making it available to my muscles. Just eating more iron wouldn’t necessarily fix the problem. There’s a lot of very simple understanding of the body that leads to some really stupid recommendations about how to eat.

Anything you hear, 99.999% of all dietary results (that might even be low) will be misleading or wrong. Even For Sure This Is Our Really Important Super Scientific Confirmed National Policy stuff

It sounds to me like people are conflating scientific research with advice. But I think that people doing this is precisely how we get commerce and/or politics passing as science to lay people. Nutritional science is about how the body metabolizes things, not telling people what they should or shouldn’t eat. And the incentivization factor in turn leads to more poor research, in hopes of pushing pet policies or products. But there isn’t anything scientific about that!

There is a lot of bad journalism about nutrition which people would be better off ignoring and instead reading what gets published from these studies. Then people can more readily evaluate things such as tiny samplings or mystery mechanisms, while doing away with most of the speculation.

What I think we need to do away with is claims, not scientific method.

Interestingly, this data comes up in the book Why Women Need Fat. One of the main takeaways is that Americans are getting their fat from soy and corn and that is the problem. It is actually a really interesting read.

That is a great book! it definitely shifted my thinking about my body.

I’m feeling more and more these days that people are trying to suppress the natural female form and I’m just happy to have boobs and hips and to have made a healthy baby. Good job body!

Amen to that! I had a rough pregnancy including hyperemesis and cholestasis so I am eternally grateful to have managed a healthy baby! The book really makes you appreciate the female body. It also made me rethink a lot. A lot of things made sense after reading it. For instance, I’ve been a health nut since junior high and I’ve still turned out obese. I’ve always had a low-fat diet. I’ve been eating whole grains since high school and yet the scale has always gone up. I’m sure that eschewing animal fat for vegetable fats has had a role in that. Genetics is definitely at play. Based on their calculations, I was always destined to be on the large end of the spectrum.

I was always the skinny one in the family though I had boobs and hips too, then after my daughter, it really became hard to lose the weight. I’m good at dieting and exercising but I notice after every round of taking it off and keeping it off for a long time there is some illness or life change that derails me (like getting really bad asthma that requires steroids to get over) and the weight goes up above where it was when I started losing the last time.

At this point, I’m trying to move into a more active job because I like to exercise but sitting at a desk all day pretty much kills the chance to do it.

I was always the skinny one in the family though I had boobs and hips too, then after my daughter, it really became hard to lose the weight. I’m good at dieting and exercising but I notice after every round of taking it off and keeping it off for a long time there is some illness or life change that derails me (like getting really bad asthma that requires steroids to get over) and the weight goes up above where it was when I started losing the last time.

At this point, I’m trying to move into a more active job because I like to exercise but sitting at a desk all day pretty much kills the chance to do it.

Worldwide and cross-culturally women gain weight and keep it for the rest of their lives after having children. Our obsession with not doing that seems really unhealthy to me and I think it is probably shortening lives rather than lengthening them (especially when you consider that “ideal weight” is BMI 20-25 and maximum longevity is at 27.

I know everyone struggles with their bodies and their images of themselves, it’s not like I don’t do it to myself. But every time I hear someone else talk about struggling with weight or talking badly about their body, I wish there was some kind of social-interaction safeword so I could say it, step outside of the conversation for a moment, and tell them in words they would understand that they are objectively gorgeous. Because you basically all are.

#If you can’t pronounce it, don’t eat it!

That would rule out Thai cuisine, and that ain’t going to happen!

can we please rename savoy to something unpronounceable?

One of the myths that I think is out there is that the weight gain is something new. I was reading an autobiography of Lydia Sokolova, a dancer in the Ballet Russes. This was the famous ballet company that performed in the 1910s and 20s. It was before the cocaine thin aesthetic came into ballet. The book included photographs of her and many of her co-stars. These were people who danced hours on end and had a big incentive to keep their weight controlled for their dancing, but as they got older you could see that they got stockier. Of course, they were shorter and overall smaller than us, but if you were to proportionally expand them to our height, even these athletes would have ended up with modern bodies.

It was just based on “hey, bones are made of calcium” “wow, milk has calcium”.

I’m sure some nutritionists did say that, but the mainstream belief that milk builds strong bones has a little bit more justification than that.

It’s long been believed that certain diets acidify the blood. Your body needs to maintain blood PH at a very tightly controlled value, so you have at least three separate internal systems that can modify it. Those systems use various other dietary inputs if they can get them; but if your diet is a real mess (composed of only smarties and vaseline, for example) and your tissues become overly acidic, it’s believed that you will develop osteoporosis due to the acids acting on your bones. Among other problems!

All the academic discussions of high-protein diets and osteoporosis are in an uproar right now, because recent research seems to invalidate some of the previously uncontroversial mainstream beliefs about tissue acidity and diet. But the argument’s not settled yet, in my opinion.

Personally, my ancestors co-evolved with cattle, so it’s reasonable for me to believe it’s very healthy for me to get lots of cow-based foods in my diet just because of that. I’ve noticed that my relatives that have paid a lot of attention to dietary fads have been considerably less healthy than those who simply ate food similar to what their healthiest parents and grandparents ate.

I’m sure some nutritionists did say that, but the mainstream belief that milk builds strong bones has a little bit more justification than that.

Well, the thing about osteoporosis is that if you look around the world at different cultures, you don’t see that people who don’t consume dairy (or any particularly calcium rich foods) get it. In fact, if you did that kind of simple analysis, it would be appear to be the opposite - dairy consumption and osteoporosis go hand-in-hand more often than not. I get that this is overly simplistic, but unless a mechanism for explaining osteoporosis works for people living all over the world with different diets (or explains why it is unique to white people in countries that consume a lot of dairy), I personally find it hard to swallow. It seems like good nutrition research is still very much in its infancy because we are still only beginning to grasp to complexity of how food interacts with our bodies.

I totally agree with you on your point about just eating the way your healthy ancestors did. The food movement that seems the sanest is the movement towards trying to eat real food you prepare yourself as often as possible. I’m not telling anybody to eat or not eat dairy, I just think that idea that it prevents osteoporosis doesn’t have a lot of merit to it.