Originally published at: 1993 video at a Starbucks with no one looking at their phones | Boing Boing

I wonder why this was shot.
Anyway, I’m not hearing please or thank you much. So this tracks as a video of real interactions…

The federal minimum wage has risen by $3/hour since that video was taken, 30 years ago.

This looks like raw footage for a news story. Someone found an old tape and uploaded it to the web. I love stuff like this!

Yah, the way it’s been shot, it’s either a film student assignment project, or more likely B-roll from a local news story. It definitely has the feel of the way cameramen shoot B-roll. The time code also indicates one of these two.

A lot of great stuff has been surfacing from old news B-roll lately, like this amazing walk around of a Sears in 1982. Nostalgia bomb for us who grew up in this brown analog world: 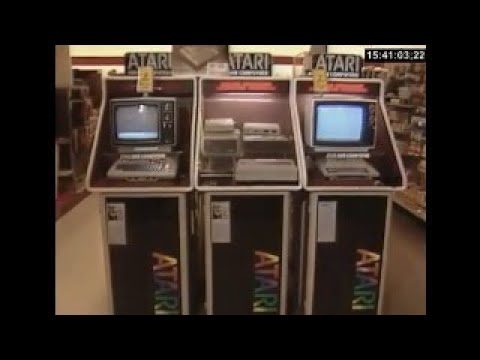 Look at those tiny little cups. So cute.

In 1993, I was an 18 year old freshman just starting college in the Midwest, and I had never even heard of Starbucks.

This 10-minute video of customers placing orders at a Starbucks in Seattle in 2023 doesn’t look too different than today.

Is there something you’re not telling us, Mark?

Do you think the coffee was any better back then? Several people I know refuse Starbucks coffee because it’s not considered good. (I’m not a coffee drinker myself.)

The federal minimum wage has risen by $3/hour since that video was taken, 30 years ago.

It seems like it was better back then, but I’m uncertain how much of that’s the novelty of early experiences vs. decades of having other experiences to compare it to. (Support your local coffee roasters, they’re almost always better than this.)

There’s a good chance 90% of that resistance is hipster antiestablishmentarianism. Lots of people claim to hate popular things because they are popular. I doubt any coffee drinkers could tell the difference in a blind taste test.

There’s lots of reasons not to shop there (it’s a pretty terrible giant corporation) but the coffee isn’t bad. Not as good as some, but not bad. Coffee doesn’t vary as much as coffee snobs like to think it does. Same for wine and lots of other things.

Starbucks has a burnt flavor to it and high is distinctive from Dunkin’ Donuts or 7/11. It’s most noticeable with their drip coffee. It usually sends me to the bathroom.

But for the most part coffee isn’t very distinctive from place to place. Especially since most people drink it with creamer and sweeteners anyway.

It is bland. Most people don’t like coffee with a strong taste so they sell bland coffee.

Same. I saw my first one in Boulder in 1994. I thought it was a local store at first.

Everyone in this video is at least in their late 40s now. Or dead, a lot of them are probably dead.

Also note the stacks of CDs in front of the register.

Yeah, 1993 was the year before I started university. On a dormitory floor of two dozen guys, I was one of three with a computer, and the only one with a modem. I let people borrow my computer to type up their handwritten papers, or exfiltrate their 1M of data from the university minicomputer all non-business students shared.

1993 is the year Doom Episode 1 was released as shareware. Ancient times.