Frankly, TSA luggage lock are crap and the tools you need to open them are cheaper than a 3D printer.


In fact, suitcase locks on zippered luggage are a complete joke 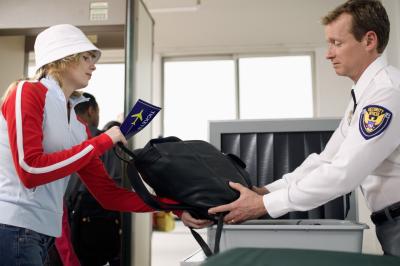 How to Unlock a Three-Digit Combo Master Luggage Lock

The idea of someone tossing through your personal belongings, inspecting them and treating them without care is disconcerting. Handing over your luggage to airline personnel or security can put a pit in your stomach. Fortunately, Master Lock created...

I would have thought a good lock smith could have reversed engineered one ages ago. Not that luggage keys have any sort of security anyway. You can defeat many with small bolt cutters. They are good to keep out the unzip and grap quick looters.

As with many of Cory’s posts, the people who would benefit most from reading this are the last people who actually would read it, lest it challenge their worldview.

The TSA will repond that the system was working just fine until those pictures were published, so the answer is obviously more secrecy and less accountability.

The FBI et al. will say basically the same thing about crypto backdoors, “Just give us what we want and don’t ask questions, and everything will be just fine. Trust us.”

Yeah but locksmiths are trained. I have a 3D printer and a github account…now I can just print keys.

Security? What makes you think you need security? We are your security, citizen - what are you trying to hide?

And the filament extrusion is only a crude beginning. Photolithography and laser sintering are rapidly emerging methods (in the big expensive industry for decades and years, respectively, but recently encroaching the low-cost segment as well) with better properties and/or faster printing.

And then there’s the proliferation of small desktop-sized CNC mills. Which will make things yet more interesting. More of that, please - affordable machining for everybody!

And locksmiths don’t need that much training anyway. I filed my own key from a blank as a kid with just a triangular file and patience. Using the original key and lock, though, not just a picture, and lots of physical comparisons and testing. It’s in principle nothing but getting a piece of metal or other material into the desired shape.

I use coloured cable ties. They are just as easy to bypass as a cheap lock, but more tamper evident.

Euphemism for police interrogation. Guests invited to “tea” are asked about their political activities and warned against further involvement.

The TSA should have banned locks outright. You already give them and the airline permission to open and search anything you try to ship on a plane (and that’s been true since long before the TSA). It absolutely does not matter whose key it happens with.

As for the rest of your trip, if you believe that a big old padlock (or any other lock known to science) looped through the wire-thin eyes of the zippers on your easily portable cloth suitcase will do much to keep your belongings safe… actually, that’s fine too. You could probably go on a hundred trips before anyone even glanced at your bag with larceny in mind, so what’s the harm?