A 1953 colloquium pondered the question "Did Man Once Live By Beer Alone?"

They are also somewhat unique to humans – I do not believe (and I am not a biologist, just a level 12 homebrew nerd) any other mammal has these enzymes either.

I don’t know anything about the enzymes, but if I recall there are certain populations of apes who intentionally go after fermented, alcoholic fruits rather than fresh ones. I think there are a few other species that seems to like alcohol too?

It wasn’t about sustenance, but I read something recently about how humans would take big risks and go out of their way to find honey.

Also, I think the one food you can get furthest on when it’s the only thing you consume is potatoes? So if you put the beer and spuds together, there’s your paleo diet?

I think the one food you can get furthest on when it’s the only thing you consume is potatoes?

Sure, but this article seems to be talking about the rise of civilization in the middle east, and the humble potato is a new world food… so, no potatoes until the columbian exchange…

But yeah, a perfect paleo-diet… enjoyed until you have a blight on your potatoes! Then the British will come and export food out of your country…

Also, I think the one food you can get furthest on when it’s the only thing you consume is potatoes?

Potatoes are mostly carbs, no? I think corn is better (also New World). There’s a niacin dietary deficiency, but they worked out processes for that. 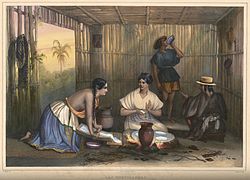 The process of nixtamalization was first developed in Mesoamerica, where maize was originally cultivated. There is no precise date when the technology was developed, but the earliest evidence of nixtamalization is found in Guatemala's southern coast, with equipment dating from 1200–1500 BCE. How nixtamalization was discovered is not known, but one possibility may have been through the use of hot stones (see Pot boiler) to boil maize in early cultures which did not have cooking vessels robust eno...

So a diet high in protein with the nuts, side-by-side with beer for carbs. Keeping in mind that hunter-gatherers generally burn more calories than your average cubicle dwellers.

Fermentation was likely an accidental discovery (like most, funnily enough) that was seen to be beneficial: it kept the grains from spoilage and possibly made them easier to digest.

One of the arguments against fermentation being first was that these would not provide nearly enough sustenance for settling down, and hence bread had to be first, but I’m not buying that, honestly. It would not have been a solely gathering diet, but supplemented by meat.

it kept the grains from spoilage and possibly made them easier to digest.

They only tested the ancient grapes,

Modern wine makers may add specific yeasts. (Don’t they?)
But don’t grapes ferment on their own with no external yeast added, if left to their own devices? Or does the yeast arrive of its own accord, again, naturally? In which case how would we know what it was? Presumably we can test what it may be today.

Again, no idea on these details… The underlying assumption of the article seems to be that people are drinking the same wine as the Romans, because of how little the grapes have changed… I’m not sure that gets at other things that might be added in the modern process that wasn’t done in Rome.

But don’t grapes ferment on their own with no external yeast added, if left to their own devices? Or does the yeast arrive of its own accord, again, naturally?

Modern brewers and vinters add yeast, but that is really recent and for control rather than absolute nescessity. Grapes and apples will happily ferment with just the yeasts on the skins. Beer will often ferment naturally, but historically the use of porous tools and transferring bits of the old ferment did the job more reliably.

One of the arguments against fermentation being first

I’ve never been sold on either coming first. If you store some berries together with some grains and they get wet you are likely to get an active ferment. The dregs of a really rudimentary beer are basically a terrible sourdough. Simply letting the vessel dry out near the fire gives you a sort of bread. Both bread and beer are likely to have arisen at the same time just because a hungry person who did all of the gathering work isn’t willing to throw out the food if it isn’t peak freshness.

Both bread and beer are likely to have arisen at the same time just because a hungry person who did all of the gathering work isn’t willing to throw out the food if it isn’t peak freshness.

Hm. That’s a plausible explanation for how this worked out.

But one thing, though? Why do we assume an accident, rather than purposeful experimentation with the ingredients? It seems likely that other kinds of early human technologies were not mere accidents, but conscious attempts to make something useful (tools, needles, etc). So why not food, too?

Generally I favor intentional creation, but for the very earliest fermentation I favor accidental, because the very act of foraging creates a pretty good set of conditions for spontaneous fermentation, every day,. A collected container of either all fruit or mixed fruit and grain stands a reasonable chance of accidentally fermenting if it isn’t consumed in a day or two. Once we’re past the first or second time that happened and someone found they liked the end of the food more than the beginning of the container, I’m sure intent took over. There are just more opportunities for it to happen by chance.

I think there are a few other species that seems to like alcohol too?

Dogs. I have had multiple dogs that really want alcohol. Ones that are otherwise well behaved about not stealing human food/drink when it is left where they can get it that will absolutely take beer and/or mixed drinks not only if you leave the room, but if you turn your back on them while in the same room.

I’m very sure it isn’t at all good for them, so now I take extra care when I have such drinks (to take them with me, or finish them, or put anything open back in the fridge).

So why not food, too?

A lot of food likely was, but as @moortaktheundea points out, fermentation is so ubiquitous in nature, it was probably stumbled upon, and shortly after, people started to refine the hell out of it. Even more so than a creative species, we are a tinkering species. “Hey, that fire thing is useful. How do I get it without waiting for a storm, and how do I keep it around without burning down a forest?” You see a bird weaving a nest, and using a stick to poke bits through holes, so you start tinkering with bits and bobs of sticks, bones and siniews until you end up with a needle.

Even the most deliberative tools went through multiple iterations from the natural (oh! that rock is sharp!) to the manufactured (my flint knives will cut through even the sharpest hides! don’t be caught with an imitation, insist on Grog’s genuine knapped knives, today!). Why would food be different?

I can certainly see humans making huge efforts to sow and harvest grain for beer rather than bread. Hell, I know which I choose.

“Man cannot live on beer alone, and not too satisfactorily on beer and meat,”

Early agriculturists lived shorter lives, had smaller statures, less bone density, and appear to have been much less healthy that concurrent hunter/gatherers. Beer desire explains that a lot more that bread desire for me.

Why would food be different?

There are a number of foods that are safe and nutritious if properly prepared, and deadly if not. Being a research chef back then would have been an important and dangerous job. (Since lawsuits were delivered by stone axe.)

Maize is, but oats, wheat and barley are old world and were the original corn crops.

It really wasn’t all that long ago when low-alcohol malt beverage was considered to be (and administered as) a healthful dietary supplement in Europe. (Look it up!)

Much later (than “long ago”) my babysitting grandparents introduced me to a supposedly zero-alcohol version, but always mixed with a raw egg yolk and a level teaspoon of sugar. Drop the yolk into a tall glass, followed by the sugar – mix, mix, mix with a fork – then stir in the beverage. Quite yummy. This was all pre-school stuff, and I recall that I always insisted that the yolk ‘thread’ had to be completely removed beforehand. Too yucky. 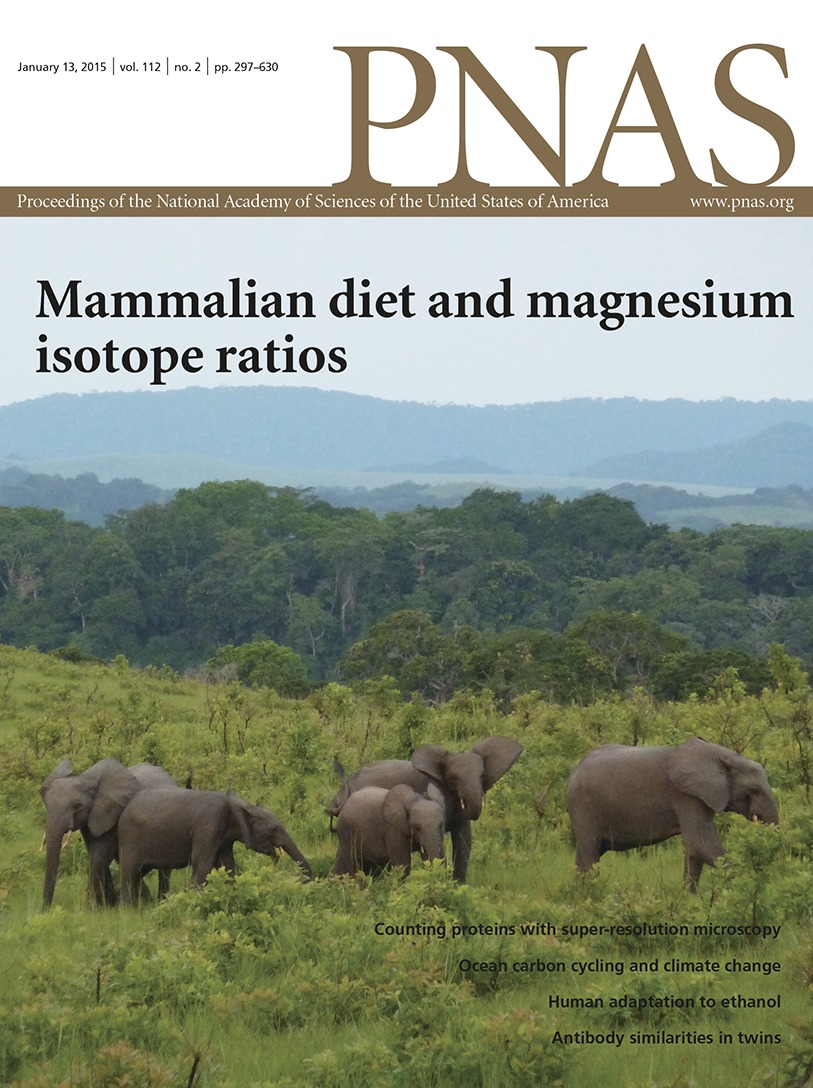 Many modern human diseases are attributed to incompatibility between our current environment and the environment for which our genome is adapted. It is unclear whether this model applies to alcoholism. We investigated this possibility by studying...

alcohol dehydrogenase class IV (ADH4), the first enzyme exposed to ethanol in the digestive tract that is capable of metabolizing ethanol. We resurrected ancestral ADH4 enzymes from various points in the ∼70 million y of primate evolution and identified a single mutation occurring ∼10 million y ago that endowed our ancestors with a markedly enhanced ability to metabolize ethanol. This change occurred approximately when our ancestors adopted a terrestrial lifestyle and may have been advantageous to primates living where highly fermented fruit is more likely.

I know that beer seems more palatable than pruno, but the truth hurts sometimes. 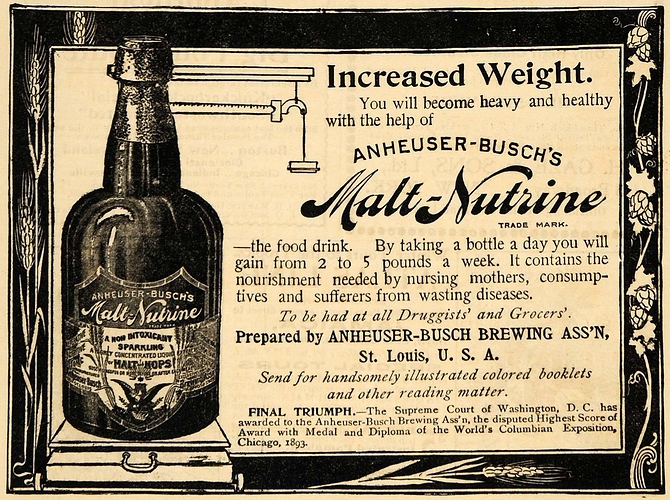