Thanks for the wine, beer, bread, and yeast infections, China

African humans have the greatest genetic diversity, indicating that humanity emerged from that continent.

One of the many reasons racism is so stupid is that you’re likely to find more genetic variation between two black people from different parts of Africa that you are likely to find between, say, a Western European person and an Indigenous Australian person.

Yeast has brought a lot of joy into the world, but its evolutionary origins were unclear until scientists did a worldwide genomic survey of the humble organism. Based on the genetic diversity of strains found in China, they concluded that its origin is almost certainly in that part of the world.

China should be proud. Although, unless you deny continental drift theory and believe humans coexisted with dinosaurs, there wasn’t really anything recognizable as “China”, geographically or politically, at the time when yeast first evolved. But this Nature article isn’t about all yeast, it’s about the evolution of one particular species of yeast (Saccharomyces cerevisiae) and its domestication. As the abstract states: "Genomic analyses support a single ‘out-of-China’ origin for this species, followed by several independent domestication events. "

That’s why I said “that part of the world”!

That’s why I said “that part of the world”!

Sorry, that was unclear to me. Thanks!

Yeast is the single most critical factor in my work as a distiller. I work with cell counts in the billions daily and it still carries the same fascination for me as staring at a fire does.

I’m allergic to yeast, so screw you, China, for introducing it and tempting me with all that bread and beer

Arrgh. Conflating Saccharomyces and Candida is like treating sponges and Homo Sapiens as the same.

Living organisms on Earth (ignoring viruses, which many argue aren’t alive) are either prokaryotes (bacteria, archaea) or eukarya (plants, animals, fungi and protists ). ALL single-celled fungi are “yeasts.” Saccharomyces are no more likely to give you a vaginal infection than lactobacillus is to give you buboes.

So that’s how that test works! Makes perfect sense, but to me it was always a handwave.

Sorry! I skipped that day in bio.

Fair’s fair – I never had that stuff in high school bio. Actually, back then they didn’t identify archaea and protists as separate from bacteria and plants/animals respectively – it was a longtime ago.

I picked that up since by living with a microbiologist. I suppose it’s time to take a college bio class (I need another lab anyway and have lots of time.) Besides I like the prof who’s teaching it next semester. 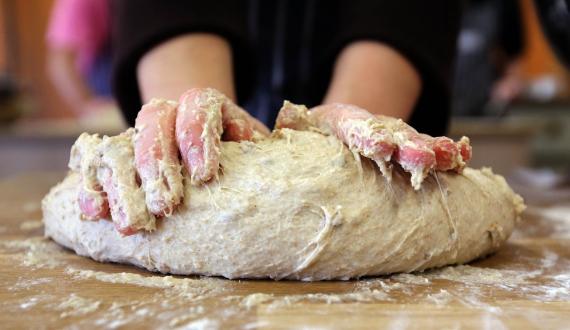 Zoe Stavri is making the Internet's head spin after announcing she used a trace amount of vaginal yeast to bake sourdough bread.

Not to mention the Candida albicans strain of yeast used in the above example. As a microbiologist and molecular biologist, I agree with you with a wholehearted and utmost: “IKR!?”

It’s tough being a reporter, and a lot tougher when the subject is one of the sciences. 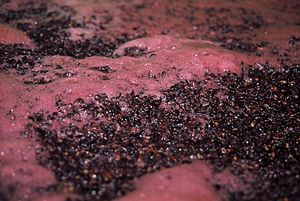 In winemaking, the term "wild yeast" has multiple meanings. In its most basic context, it refers to yeast that has not been introduced to the must by intentional inoculation of a cultured strain. Instead, these "wild yeasts" often come into contact with the must through their presence on harvest equipment, transport bins, the surface winemaking equipment and as part of the natural flora of a winery. Very often these are strains of Saccharomyces cerevisiae that have taken residence in these places...