A dystopian reboot of some sponsored Internet of Shit content

Technology is neither intrinsically good or bad. Like all tools, it augments and amplifies the will and interests of those in control of it. Our mistake lies only in allowing control of our technology to be locked up by the most influential individuals and organizations within a civilization where pure monetary profit sorts the the value of human capital. The propaganda which says that the investor class holds command because they built the modern world is a technocratic myth. Kleptocracy and apathy, the twin sides of raw greed unbridled by honor, have handed the fruits of the ingenuity of an entire world to a lucky few who were born in the right place at the right time to become the robber barons of the digital age.

A backlash against online devices is coming. But it isn’t the answer and it won’t last. The answer is to fight for the users.

Philip Dick wrote the plot. The rest of us have to live in it.

This does read a little like “Ubik”; from what I recall it cost 5 cents for the guy to unlock his own front door…

Technology isn’t value-neutral, being the intentional product of someone’s activity. Even the ancient Greeks had that figured out. It inevitably amplifies the will of those who create it, too. What enables some technologies to be “locked up” by vested interests are themselves technologies after all.

If you can find them, I’d recommend the short story “Mandala” (collected in Wind from a Burning Woman), and the novel Strength of Stones (which is an expanded prequel/sequel to that short story).

None of this is a spoiler:
Setting: Alien planet, colonized by humans. The settlers built intelligent, self-repairing cities that monitored everything, to ensure correct and moral behavior. Anti-social individuals (not just criminals, but also people who couldn’t be neighborly, had bad thoughts, said bad things, etc.) were exiled by the cities and not allowed to return… by the cities. Cities had the ability to grow defenses, such as impromptu walls and spikes; also, they had robot “bouncers” that would capture trespassers and take them several miles out of the “city limits”. If you were exiled, it was permanent, in all cities.

Inevitable backstory: The artificial intelligences running the cities were set up as divine authorities, who knew everything that happened within each city, and whose ethical and moral programming was infallible and not subject to human frailties. It didn’t take long for the cities to realize that all humans are anti-social (according to the impossibly strict and narrowly defined guidelines for moral and ethical behavior), so human beings as a species were exiled, in perpetuity, with no recourse or hope of forgiveness or repentance.

explains the rise in speed and pill usage.

Boy, that crappy Internet of Shit, huh? It’s just ruining our way of life and endangering everybody! Speaking of, why don’t you check out the Smart Home section of my store?

And remember, one of the very worst parts of the Internet of Shit is all these cut-rate companies that no one has ever heard of, making questionable products and then immediately going out of business, leaving unsupported, easy-to-infect devices all over the world. That’s why I encourage you to buy the Revogi Smart Bluetooth LED Bulb! 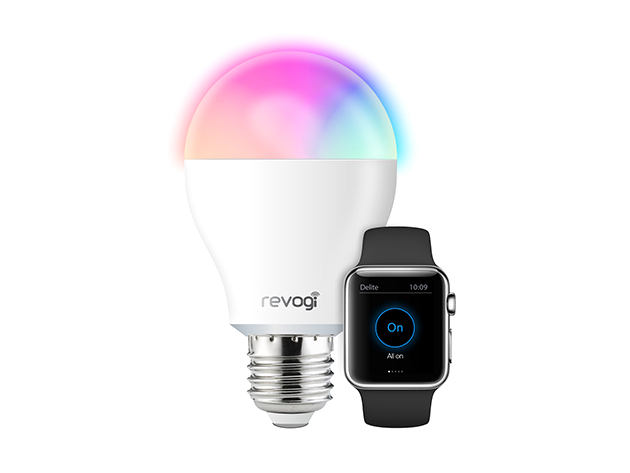 Set the Mood from Your Phone with This Color-Changing, Dimmable Smartbulb

Revogi Bluetooth Smart Lightbulb - Set the Mood From Your Phone With These Color-Changing, Dimmable Smart-Bulbs

What’s a ‘Revogi?’ Who knows? They don’t even have a Wikipedia entry! Ever heard of ‘Kasa’ or ‘Nanoleaf?’ We haven’t either, which is why we proudly stock them in our store! And we don’t even list the brand of our ‘Color-Changing LED Globe Bulb with Remote,’ so you can buy with extra confidence! While we could stock items from established companies who regularly update their firmware, that would cost more, and I wouldn’t make as much money!

So yes, please continue to read my articles about how the Internet of Shit is ruining everything, and then shop in my store so that I can make money through expanding the market for the very thing I’m decrying! I’ve already got multiple hand-waving explanations ready for how I don’t control the content of the store, the contract was signed a long time ago, or the other members of my site overruled me. Choose whichever one works best for you, and thanks for your money!

As always, I’ll stop making Alpha Centauri references when they stop being relevant.

Deep Brain Stimulation combined with IoT! What could go wrong?
Behold, an illiterate press release from some wazzcock who wants to star as the “Annoying tech grifter character” in a contemporary remake of “The Terminal Man”.

Rosellini: Nexeon has developed a deep brain stimulator. This is a pacemaker-like device with a battery and circuit that goes next to the heart, in an implant.

We run a wire up into the brain and put that wire and electrode into a grapelike segment of a Parkinson’s-affected brain. We then fill up that grape size area with electricity, which allows us to regulate the neurons in that area and stop tremors.
…
We are also doing quite a bit of Internet of Things, which allows us to grab the biggest amount of data for implanted brain signal and IoT data that is coming out of everyday life. So, we hope to learn more about the disease in order to stimulate the brain better and more effectively.

Technology isn’t value-neutral, being the intentional product of someone’s activity.

Even the ancient Greeks had that figured out. It inevitably amplifies the will of those who create it, too. What enables some technologies to be “locked up” by vested interests are themselves technologies after all.

It’s also laws crafted to favor the investor class and punish users who try to own their own property. While it’s a bit of a chicken-and-egg question where in fact they developed together, I would argue that the rent-seeking of all things including knowledge can only go on because of iniquitous legal regimes. I suppose one could argue that law is a kind of technology, but that’s almost generalizing the word to the point of meaninglessness.

Nonetheless, you make an excellent point. How technology is designed definitely shapes how it can be used. A huge part of the problem is that users’ interests are a distant second to those of the investors who pay the designers to design technology. The way we can fix this is by changing the relationship of users to technology from passive consumers of mostly black boxes to agents who have enough technical literacy to understand what they can and should demand of designers. In detail, I think this will require at least three major changes.

Technical literacy taught as part of education. Yes, children growing up now are immersed in online technology, but they are discouraged from understanding how it shapes their behavior and thus aren’t growing up to be adults who can exert agency over the way their technology is designed. If it’s in industries near-term financial interests not to allow certain basic things (like repairs or privacy), whether users want those things is irrelevant.

And that’s where the second shift comes in, legal regime change, from that of laws designed to protect kleptocrats and punish users who assert ownership of their technology and property to one that protects the property and autonomy rights of users. But that only happens if we stop letting the investor class buy elections with unlimited campaign contributions.

And finally a social change from the current prevailing attitude of being so grateful for whatever new shiny we’re given that we’ll vote for it with our wallets to a society that values digital rights the same way we value other civil rights. Companies like Facebook are quietly herding us into a gilded prison. The problem with things like social media and IoT’d devices isn’t that they exist; it’s that we don’t own the keys to the locks in our own world, either digitally or, soon, literally.

Blatantly stealing this from whoever came up with it:

The ‘s’ in IoT stands for security.

The ‘s’ in IoT stands for security.

In related news, thanks to The Atlantic having some surprisingly effective new antiadblocking on their website, I get to enjoy browser crashes and force quits again! Yay!

What’s the latest anti-anti-anti – anyone know?

It’s taken some tinkering but I’ve got through with uBlock.

Damn, I missed the news about the new law requiring us all to have Facebook accounts. Guess I really have to move to Somalia now.

The door refused to open. It said, "Five cents, please."
He searched his pockets. No more coins, nothing. “I’ll pay you tomorrow,” he told the door. Again, he tried the knob. Again it remained locked tight. “What I pay you,” he informed it, “is in the nature of a gratuity,; I don’t have to pay you.”
“I think otherwise,” the door said. "Look in the purchase contract you signed when you bought this conapt."
In his desk drawer he foubnd the contract; since signing it he had found it necessary to refer to the document many times. Sure enough, payment to his door for opening and shutting constituted a mandatory fee. Not a tip.
“You discover I’m right,” the door said. It sounded smug.
From the drawer beside the sink Joe Chip got a stainless steel knife; with it he began systematically to unscrew the bolt assembly of his apt’s money-gulping door.
“I’ll sue you,” the door said as the first screw fell out.
Joe Chip said, “I’ve never been sued by a door. But I guess I can live through it.”
–Philip K Dick, Ubik (1969)

Score one for my random memory recall. I feel so vindicated