A graph of how much people drink as they grow older

I have to wonder if the mere act of measuring the alcohol consumption lowered consumption… This is going on record?!?

mmm, yeah self-reporting often has that problem. You could normalise against sales or production, maybe? Although there’s obvious problems with equating eitehr of those with consumption - no age info for starters, and doesn’t take into account storage or wastage - it’d at least let you you weren’t missing, say, half of all alcohol sold/produced.

The article from Britain says:

Edit: actually the above calculation is incorrect because I was assuming alcohol had the same density as water. In the replies it was pointed out by Beanolini that the American 12oz 5% beer is actually 14g ethanol. 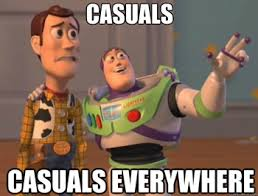 When men are twenty-five years old, they are at their drinking peak

Frequent drinking (daily or most days of the week) became more common during mid to older age, most notably among men

An average drink in the the UK is usually at least two units (eg a pint of beer), there’s some examples here.
Anecdotally I think the average consumption for women is much higher among my friends, but one of my mates grew up in Glasgow, and I think she skews the stats a bit (and introduced us to buckie, mmm, buckie)

Some confusion with mass and volume. A unit is usually described as 10ml of ethanol; that’s roughly 8g at room temperature. Alcohol content is usually expressed by volume.

Thanks for the correction Beanolini. I was incorrectly assuming that alcohol had the same density as water but as you correctly point out it’s much lighter.