You can’t be brave without doing something scary, biohacking is definitely scary.

What could possibly go wrong? (need a head smacking emoji)

I love these people.

And a new strain of Coronavirus is born!

I wish them the best of luck. They’ll be needing it.

I have to wonder what their objective is here, though. Any data they produce will be useless to other researchers working towards a viable production vaccine. What they are doing does not speed up the process in any way. Their sample size is tiny, their controls are poor, confounding variables are immense, and the results are no more useful than the way preliminary research in vitro is normally done. Human testing is not useful unless done at large scale with proper controls and statistical methods, prefaced by evidence for plausible mechanism and sometimes efficacy in other species. Medicine is not like inventing a new Bluetooth whatever in your garage. It doesn’t scale from one to many. There’s a reason epidemiological research is done the way it is, and what these people are doing just seems like a pointless stunt.

One additional concern I have is that if something goes wrong it’ll be more ammunition for the anti-vaccination crowd at a time when they’re growing in numbers. I’m frankly already concerned about problems from a vaccine rushed to market. 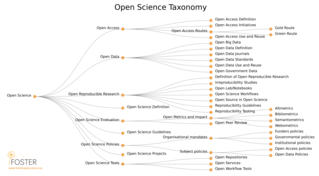 Open science is the movement to make scientific research (including publications, data, physical samples, and software) and its dissemination accessible to all levels of an inquiring society, amateur or professional. Open science is transparent and accessible knowledge that is shared and developed through collaborative networks. It encompasses practices such as publishing open research, campaigning for open access, encouraging scientists to practice open-notebook science, and generally maki Ope...

I am very surprised with all of the available funding for coronavirus vaccines that this group did not go through the “normal” channels in their own labs and develop their product and do at least some basic mouse testing to make sure that it generates the proper immune responses. One of the big issues with coronavirus and other respiratory virus vaccines is that if a TH2 dominant immune response is generated, it could make actual infection with the real virus worse. Disclaimer: I work in a lab that works on coronaviruses but I myself work on another respiratory virus. I feel like these folks should have done their due diligence on the kind of immune response that is generated in small animal models first. Maybe they did and the data is not on their website, but this is a pretty critical part of this process and FDA is really pushing all of the potential vaccine producers to show this kind of data before they ever license a vaccine.

I hope for their sakes that it works awesome or at least it doesn’t cause worse disease or prevent an effective vaccine from working for them. MIT and Harvard? Really? What kind of hubris or fear makes people do this sort of thing?

Their objective is to make sure any meaningful science is available to everyone, unlike any science done by large scale pharmaceutical or biotech companies.

You can define “meaningful” a number of ways, but I’m of the opinion that if this effort had a sample size of 50, and even in that small number if it proved to be 50+% effective I would save that warrants larger scale testing. By the same token, if it proved to be less than that it wouldn’t be worth the effort (Dr Fauci is of the opinion a 70-75% effective vaccine is what’s needed).

I agree that this effort isn’t ideal, but with a pandemic answers need to come sooner rather than later, and this may just end up as another data point in the “this doesn’t work” column, but we can’t get to a solution if we don’t try.

If a Martin Shkreli-like company created a 90% effective vaccine in 1 year and decided to charge $100K for it, many people would be locked out of that.

Now, if this effort were to have 500 participants in 3 months, and that small sample size showed it to be 60% effective and only cost $20 per dose, that would be promising, and allow many others to participate, and with a larger sample size scientists would be able to see if those efficacy rates hold up.

As for proper controls, statistical methods, etc., if those were always followed (think smallpox vaccine, its history and testing methodology is downright scary) we would get so bogged down nothing would ever be accomplished. Given, you can’t come up with some crackpot hypothesis like “bleach kills gems, inject or drink bleach”, there still needs to be some merit in the underlying process.

As with anything, you’re free to disagree, but in the end testing and validation need to be done, this is just another step in the process.

…One of the big issues with coronavirus and other respiratory virus vaccines is that if a TH2 dominant immune response is generated, it could make actual infection with the real virus worse. Disclaimer: I work in a lab that works on coronaviruses but I myself work on another respiratory virus. I feel like these folks should have done their due diligence on the kind of immune response that…

Appreciate your informed concerns; too few people are thinking, talking, & working about Th2 polarization and other factors that contribute to risk of enhancement. Please check out the white paper, which articulates the ways in which RaDVaC addresses mitigating those risks.

If a Martin Shkreli-like company created a 90% effective vaccine in 1 year and decided to charge $100K for it, many people would be locked out of that.

Which defeats the very purpose of a vaccine unless one intends on grifting the government for subsidies to distribute it for free.

Their objective is to make sure any meaningful science is available to everyone, unlike any science done by large scale pharmaceutical or biotech companies.

This is fundamentally correct. The goal is to expand the capacity for R&D of COVID-19 vaccines beyond a single operator. The work has thus far often been labeled “DIY”, but I think that’s a poor way to characterize an open-source / open-access / open-science effort.

RaDVaC has made its materials, protocols, and most importantly, its technical principles transparent and freely* usable. (*Free like speech and free like beer)

Immune response validation work (both in terms of antibodies and T cell response) is critical, and RaDVaC is pursuing it vigorously (we don’t take weekends off), but the intent is to allow multiple researchers, labs, & companies to test this work in the ways they are equipped to do so, and carry it forward in the ways they are motivated to do so.