Across America, the Poor Peoples' Campaign is building steam and refusing to be intimidated by crackdowns

How odd that I’m only now hearing about this…
I mean, I don’t live in the US and all, but it’s still peculiar that this hasn’t made the rounds more.

Ha. I don’t think even Rachel Maddow has found a way to squeeze this story in between any of her incessant coverage of Russiagate and Trump hate. And why would she, given how little in common she has with people who could never dream of buying $3000 outfits like the ones she wears? I wonder what kind of car(s) she drives.

Been a long time coming. Last time there was credible rumbling towards socialism in America it was drowned in blood. Let’s see if it takes this time.

Sorry America- we’re not the richest country in the world. Not even in the top ten. Per capital GDP rank:

How odd that I’m only now hearing about this…
I mean, I don’t live in the US and all, but it’s still peculiar that this hasn’t made the rounds more.

It’s had some visibility amongst the online left, but there’s a near-total blackout from the corporate media.

@nowthisnews
Rev. Dr. William Barber Is standing up to hate disguised as Christianity — by relaunching the Poor People’s Campaign https://t.co/Req7FV0N1l

Strangely, it had coverage in Australian media. 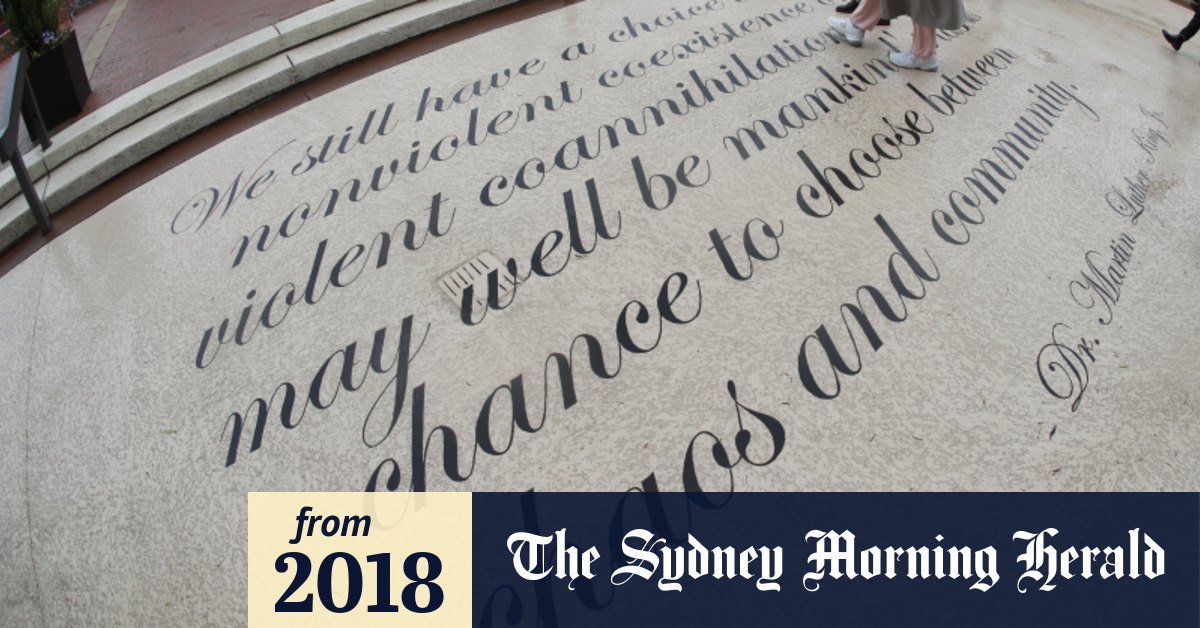 Taking up where Luther King left off: the new Poor People's Campaign

"Usually the only time politicians speak about poverty is when they are demonising the poor. We're flipping that narrative."

Yeah but per capita against these other tiny nations is laughable. It is a testament that a 1/3rd of the people are poor, yet we are still ranked so high.

Also, I bet these people would be “ok” with “bullshit” jobs or jobs they feel aren’t “meaningful” if it paid the bills

I still don’t get Cory’s hard on for basically demeaning people who have less amazing jobs than international best selling author. I guess it is a post-need economy like Star Trek he envisions where everyone can be an artist or a scientist or just sit around playing video games all day. But we are a long way off from that.

Sorry America- we’re not the richest country in the world. Not even in the top ten. Per capital GDP rank:

Depends what you mean by richest. It does have the most wealth, but it’s disproportionately distributed. Grossly so.

America Is the Richest, and Most Unequal, Country

A new report finds America is the richest country, but has the biggest wealth inequality.

It’s not the jobs that are the problem, it’s the fact that those jobs don’t give people a means of making a living. It’s not Cory who is demeaning people for having these jobs, it’s the corporations that decided that people who do the hardest work get underpaid for what they do. If someone has a full time job and can’t pay their bills or support their families on that, that’s a major problem, not just for the individual, but for the economy.

tldw; Tech revolution and attractive taxes. Slowly importing back their brain trust they were losing to the US, UK, and Australia.

It’s not the jobs that are the problem, it’s the fact that those jobs don’t give people a means of making a living.

The book he’s been promoting, Bullshit Jobs: A Theory, isn’t that these don’t pay enough to live on, but " that a great many jobs in the managerial, clerical, sales and service sectors are not real jobs with genuine utility, but, rather, ones whose purpose is unclear to almost everyone, including those doing them. These jobs Graeber termed “bullshit jobs”."

Now I agree that with in large corporation and government entities, there are certainly redundancies and people who have a job who don’t really do much. But at the same time a lot of these do pay well. Or at least better than alternatives. It smacks of talking out of both sides of ones mouth that people can’t afford a living, yet we should remove these bullshit jobs to… what? I dunno. Have even more people who can’t afford to live?

Yes I am acknowledging there are even more bullshit jobs where people do a job that one can’t afford to live on. But that doesn’t seem to be the focus of this book, or at least not its only focus. Though, to be fair, I am going off of review of the book, not having read it. 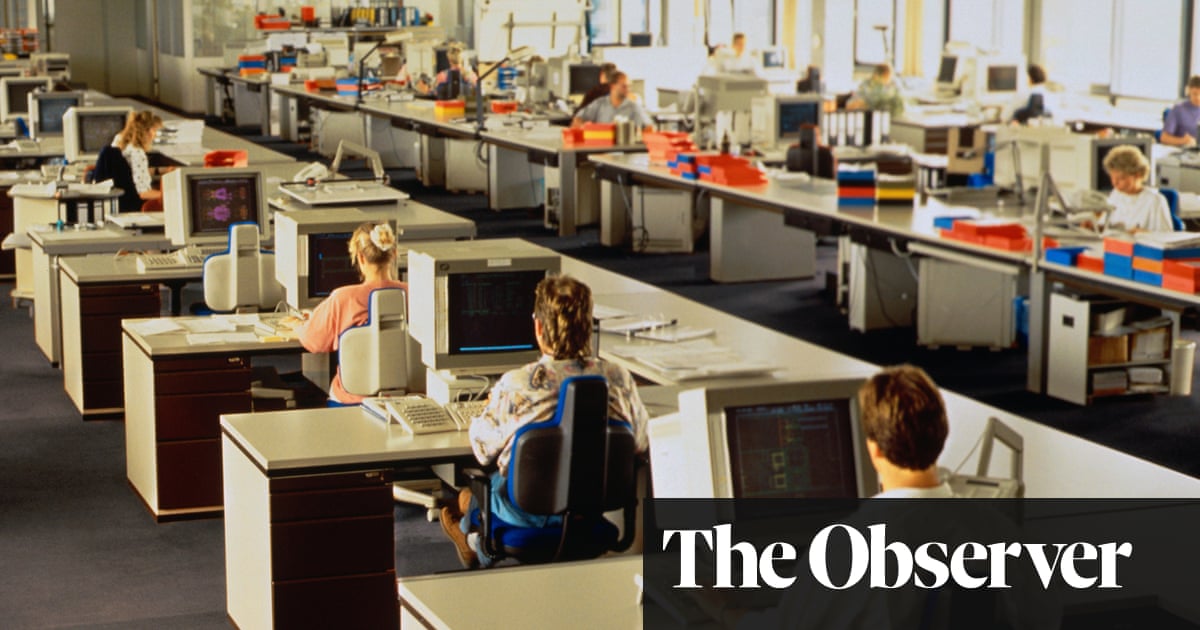 Bullshit Jobs: A Theory review – laboured rant about the world of work

Also, I bet these people would be “ok” with “bullshit” jobs or jobs they feel aren’t “meaningful” if it paid the bills

People are ok with these jobs - that’s how they persist. The point ‘bullshit’ jobs is making (kind of) is that we are already at the point where we have more people than we have work for - these ‘bullshit’ jobs exist in a unofficial capacity as a universal basic income - where people are making money for doing… nothing really.

These jobs exist in every area of society - everyone complains about them - even if they do a modest amount of ‘useful’ stuff it’s only a tiny tiny fraction of the time they get paid for. I’ve yet to ever talk to anyone that has worked at a place for more than a year that can’t identify at least 2-3 people that generally don’t do much.

The fact that we know it’s there - that we refuse to acknowledge it as what it is - is probably a very good chunk of the schadenfreude that the ‘Right’ has about jobs right now. Because the left is already at that point - get rid of bullshit jobs and just pay people to sit around - it’d be more productive overall - and they’d be free to actually do something productive with their time.

The ‘Right’ - they are stuck in the ‘freeloaders’ mindset and desperate to ignore reality. People in bullshit jobs aren’t happy - it’s not because they don’t want the paycheck - otherwise they’d quit, but much of it has to do with the fact that on some level they know they are just getting a handout - and because they need to pretend that they are meaningful it stresses people out. At some point being dishonest with everyone implodes - that’s where society is atm.

Reading the review you posted, I don’t think he’s entirely off the mark, though. We’ve (as a society, I mean, not me and you personally) confused being paid well with actual utility for society and human beings. He’s not wrong that we have our priorities screwed, as investment bankers rake in millions and public school teachers are living on starvation wages. I think we know which of those 2 people actual do something of real value in the world, yeah? Trading imagined value on an invisible market place for companies that produce not much more than ego and wealth for the 1%… that doesn’t contribute meaningfully to the world, and I suspect that many of the people who do that work are at least dimly aware of that fact. Much the same can be said of silicon valley - we don’t need Uber for whatever.

If you think about it too much, the reality of modern life is scary in its actual lack of depth and meaning. It’s no wonder that people are willing pin their hopes on religion, sometimes to the point of violence, to bring meaning back into their lives.

If someone has a full time job and can’t pay their bills or support their families on that, that’s a major problem, not just for the individual, but for the economy.

And in the UK the govt at the time decided to fix this by giving tax credits to the underpaid, effectively subsidising corporations and letting them off the hook when they paid too little to live on. Utter madness.
But for me, one of the key points re bullshit jobs is that they are unnecessary and unproductive at a time when there are so many areas where the human capacity these jobs represent could be applied in other ways to the benefit of society at large.
The corporations do not ‘get’ that the benefit of society at large is in their interests; rather they act as if it is an affront to their mission to make money for shareholders (and I’ll admit it, shareholders are largely US - if we have any pension plans, so there’s a tension there).
Coming up with an incentive for corp’s to redeploy bullshit labour in other ways, that have a wider benefit, ought to be one of the political and economic objectives of any sane government. Or if not, then govts need to tax corporations to the point where they lose the bullshit labour, and use the taxes to employ that labour elsewhere. But we don’t ever get such a thing as sane govt, so…
Late stage capitalism/Thatcherite-Reaganite economics vs. social democracy - on it goes.

giving tax credits to the underpaid

Ugh. I’m so sick of the “let’s give people tax credits to fix social problems” mindset. Money in the pocket is what most people need.

Preach. But so many people in the ruling class firmly believe that the most “efficient” means of running anything is now the free market. As long as they retain a stranglehold on electoral politics and the mass media, that’s unlikely to change. They’re going to keep pushing this late stage capitalism ideology until it kills us all, I guess.

Coming up with an incentive for corp’s to redeploy bullshit labour in other ways, that have a wider benefit, ought to be one of the political and economic objectives of any sane government.

Indeed. The problem is the lack of alternative in the political realm, I’m afraid.

The problem is the lack of alternative in the political realm, I’m afraid.

Up to a point. The problem is also that alternatives are actively hidden or misrepresented by those in power (i.e. editors of most UK newspapers). But you are right, in all of your points.

the alternatives are actively hidden or misrepresented by those in power

Oh, no doubt. Same effect in the end, though. If alternatives are not seen and understood as such, they might as well not even exist. I keep coming back to the problem of mass media and Gramsci’s insights into hegemony and the creation of common sense, you know? It’s such a major problem, that I’m not sure how we can actually crack it.

Back in the 30s, to drag the country out of the Great Depression, the WPA paid the unemployed to do public works that would benefit the country. It’s the reason we have Hoover Dam and a lot of other infrastructure projects that still are paying dividends. Trouble is that we would never get that type of program back because government is bad and can’t ever do anything good or useful. Not to mention the ROI must be measured in months at the most, not years /s.

This is the first I’ve heard of it.