But… but… guns don’t kill people?

This made me check and then check again my weapon is secure, locked, unloaded, and hidden far from anyone’s reach. I’ve taken to locking the rounds up in a different part of the house as well.

I hope Alec is getting professional mental health, he’s going to need it.

Those can be very unsafe and can fire without pulling the trigger.

Can a revolver fire without pulling the trigger?

Answer (1 of 4): Certain older designs such as the original Single Action Army can fire without pulling the trigger. The hammer mounted firing pin would rest directly on the primer when the hammer was down. A strong enough impact on it would fire the...

I’m pretty sure it was revealed early on that the gun had previously misfired like this before the fateful event.

Getting the feeling this is going to be another Brandon Lee-esque chain of “so much negligence spread across so many different layers that no blame gets assigned in the end”.

Thought of this, too.

“This is where the practice of carrying only 5 rounds in a 6 chambered revolver originated.”

Given how overworked and messy that production was I wold lay the blame on the people running the production more than any one cog. They set the stage.

Those can be very unsafe and can fire without pulling the trigger.

But equally, I would bet that Alec doesn’t actually remember what happened. It was a traumatic experience, after all.

There may have been something going on with the ammunition too. 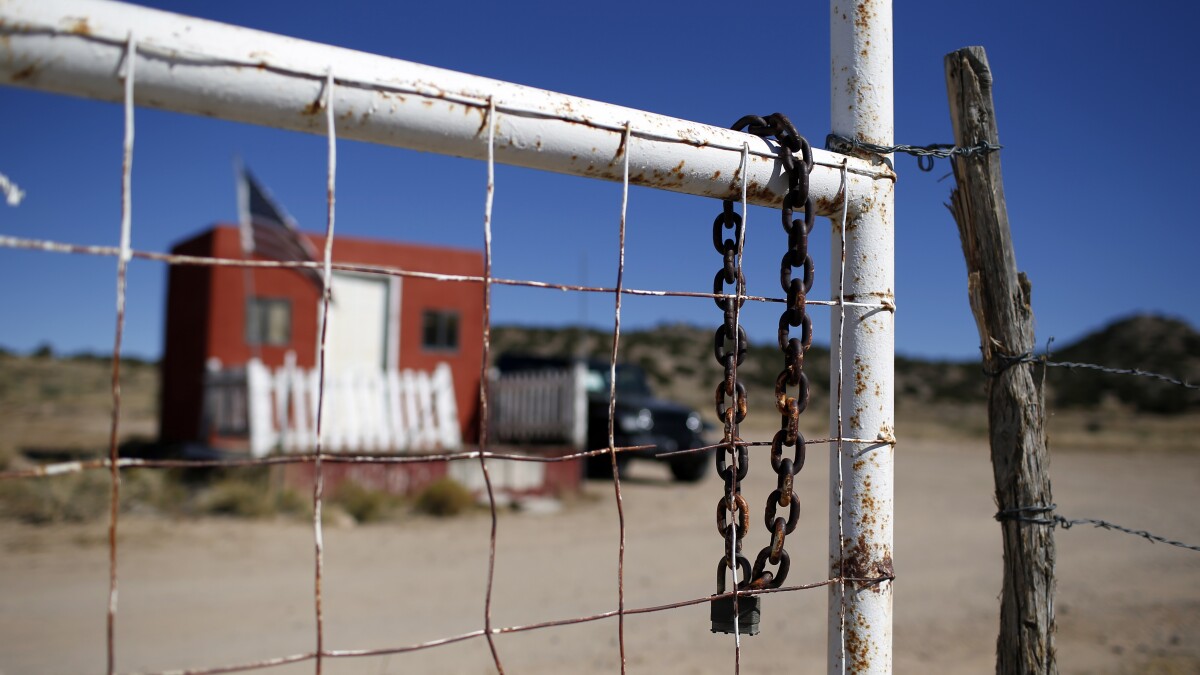 The Santa Fe County Sheriff's Office released new documents Tuesday that shed more light on how live ammunition may have gotten on the set of the Alec Baldwin western movie 'Rust.'

“Kenney told a detective on Oct. 29 that “he may know where the live rounds came from,” adding that a couple of years ago, he received “reloaded ammunition” from a friend. He said the ammunition “stuck out to him, due to the suspected live round to have a cartridge with the Starline Brass logo on it,” according to the affidavit.

A manager at Sedalia, Missouri-based Starline Brass said the company only makes cartridge cases and has never manufactured loaded ammunition.“

Re: Can a gun fire with out pulling the trigger?

Yes. But in a modern firearm, that would mean something is wrong with the gun mechanically. By modern I mean one made in the modern day. Modern recreations of late 1800’s revolvers have several more safety features than the originals did. One would assume that is what they would be using on set, not an actual antique. Uberti and Rossi are probably the most two popular brands, and are made in Italy and Brazil respectively, though Ruger still makes single action revolvers.

Now I recall an earlier article that said one of the guns went off unexpectedly once or twice previous, so it is possible something was direly wrong, but that should have been sorted out by the armorer if so.

Old revolvers like this are called single action revolvers. These are unlike the average revolver from the 20th century onward, which would have a double action trigger (can cock and fire with the pull of the trigger) and the cylinder swings out for loading. Instead, the cylinder has a gate and each bullet has to be loaded one at a time and removed one at a time. The hammer in the back has to be manually cocked for each shot. If the hammer is down, pulling the trigger does nothing. The hammer has to be cocked and then the gun will fire when the trigger s pulled.

There is an optional “half cock” setting on most single action revolvers. This, as the name suggests, has the hammer only cocked part of the way. In this position the triggers still does nothing, and has to be manually cocked fully to fire. However, it is possible with a bad knock or if the sear is bad, for the hammer to fall from this position. Though again, with modern firearms it shouldn’t fire from that position. (This is where the term “going off half cocked” comes from.)

The reason for the half cocked position was originally safety. The old revolvers have the firing pin on the hammer. With the hammer down, the pin would be resting on the primer of the bullet in the chamber. If the hammer is hit hard enough, it could go off. This could have happened from dropping the gun, or having it hit while riding, or any other hard jostle. Many people would carry one chamber empty, leaving the pin to rest on nothing, preventing an accidental discharge. The Half Cock setting was made to keep the pin off of the primer and was, at the time, considered safer. But like I said, it could still slip or otherwise go off accidentally. (Some revolvers allowed the cylinder move so the pin would rest in a notch BETWEEN bullets.)

Modern versions of these revolvers have a transfer bar and an internal firing pin. Instead of the firing pin being on the hammer, it is internal, behind the bullet. There is a physical bar that sits between the hammer and the pin, preventing the hammer striking the firing pin unless the hammer is cocked back and the triggers is pulled. One would assume that the gun used would have one of these, as it has been around since the 60s or 70s.

So how could it fire if Alec Baldwin said he didn’t pull the trigger? If it was cocked or half cocked, it is conceivable that it hit something or the sear slipped and it fired. But also the transfer bar would have had to been faulty.

It is just as likely he is wrong and he did pull the trigger, even if he didn’t mean too. This happens probably 99% of the time when someone claims the gun “just went off”. (Yeah, because you pulled the trigger.) This would be even more likely if he was doing other actions at the same time. Especially grabbing something with his left hand, as you will unconsciously tighten your grip with one hand if the other hand is tightening.

It seems to me if it truly went off with out the trigger being pulled, they should be able to recreate it during the investigation. And then the bigger question - how and why did a live round get on set. (Which I heard on the news that someone had brought live ammo for actor training. Which never should have been allowed, period.)

Baldwin may not be culpable for the gun firing when it did, but as a producer it sounds like he has some culpability for how lax the safety was.

Given how overworked and messy that production was I wold lay the blame on the people running the production more than any one cog.

That would be the producers, Alec Baldwin among them.

It would be appropriate if Rust actually led to real changes in the way the movies do things, but there are a dozen conflicting stories about what “really happened”, and it will be remembered as a “shitshow” rather than a example of “what not to do”.

I wold lay the blame on the people running the production more than any one cog.

That would be the producers, Alec Baldwin among them.

This. There may be several people who dropped the ball here but there’s no way he doesn’t bear at least some share of the blame.

Ah. So I guess based on a scene from The Squid Game that the practice is still maintained to this day by Korean police?

It’s hard not to be cynical and assume this interview is a PR stunt in order to get ahead of the inevitable court hearings Baldwin will face as a producer of such a disastrous production. I have to imagine his publicist put this interview in the books on Oct. 22 and told him to practice his mid-sentence crying.

Even if the revolver is made to LOOK old, most movies would use replicas nowadays. I don’t know if RUST did or didn’t. But the whole, “I didn’t pull the trigger” is definitely never a valid excuse and is just typical mis-remembering and blame avoidance.

He didn’t check the gun. He likely accidentally put his finger on the trigger while practicing cross draws, and he shot her.

From what I’ve heard of the armorer’s behavior she’s got a high level of responsibility for this.

A month ago, her story was this.

The attorney for “Rust” armorer Hannah Gutierrez Reed said on Wednesday that she is being “framed” in the on-set shooting death of cinematographer Halyna Hutchins. The attor…

In a fourth search warrant approved by a New Mexico judge, detectives on Tuesday revealed that armorer Hannah Gutierrez-Reed’s father Thell Reed reached out to them November 15 to tell them about possibly hundreds of rounds of live ammunition that Rust “armorer mentor” Seth Kenney took from him earlier this year. Kenney told the elder Reed to “write it off” when the veteran armorer and stuntman repeatedly inquired about the rounds.

and hollywood still likes its guns

What Will Happen to Movie Guns in Post-Rust Hollywood?

Calls for bans on functional firearms have been made, but entertainment-industry consensus regarding the abolition of guns on set remains elusive.

Firearms are “ubiquitous on film sets and have been since the birth of our industry over 100 years ago,” they write, and the loss of life on the Rust set was “likely the result of incompetence and inadequate use of professionals who serve as the gatekeepers to the film industry’s safety protocols and standards.” They ultimately see the industry’s quick response to ban real weapons as “misguided” — misaligned with creative expectations after decades of refinements in simulated gunfire.

“A car accident at an intersection does not require elimination of vehicles,” the letter reads, “it requires adherence to the rules of the road and education and implementation of those rules among all participants.”

Hey, that last argument worked to make “jaywalking” into a crime…

and it will be remembered as a “shitshow” rather than a example of “what not to do”.

There’s enough reports from this set that suggest that it’s definitely more shitshow. We learned the lessons a long time ago- they seem to have ignored the rules made because of those earlier lessons.

Hey, that last argument worked to make “jaywalking” into a crime…

Well their analogy shouldn’t be about rules of the roads and accidents, but safety rules and protocols when doing vehicle stunts for film work.

There are several stunt people who have died or been severely injured doing vehicle stunts with cars and motorcycles. I don’t think that should mean we should nix all vehicle stunts, but continue to perfect and adhere to safety protocols to keep stunts safe.

The other analogy would be with stunt fire work, which AFAIK has been completely replaced by CGI

EDIT: Apparently they still use real fire on those firehouse shows, but it looks pretty fake to me—I mean, the costumes and props should be illuminated by the flames