You mean the article within the article? I didn’t bother to click that far through. That said, I don’t put anything past a corporation.

When I was still in undergrad, I once applied to work at Bed, Bath & Beyond; they wanted to do a credit check at my expense… to work in a minimum wage position.

I told them where they could stick their application, and found another company to work for.

When I questioned why a background and credit check was necessary to get a job as a baker for a hotel, and mentioned my union background I was quickly found unsuitable for the position.

I think those two actors have a bright future.

(they were the same actors from the earlier vid, right?)

I’m generally suspicious because I know that my employer does NOT have my best interest in mind. Most workers are brainwashed into believing the opposite.

When I worked at tech companies, I had to tell my younger coworkers this all the time. They always felt that because they gave us ping pong tables and holiday parties that they cared about us. I would always remind them, “If they could pay us less and work us more, they would. Never forget that. The company is not on your side”.

When I worked at tech companies, I had to tell my younger coworkers this all the time.

When I was young, NOBODY ever did this for me. I even got fired from a job for discussing my wages with another employee who was a woman. She was being paid less, of course; and this was 50 years after the NRLA, and nobody even made mention of the NRLA in any of our civics classes.

Geez, I could have sued and didn’t even know it.

They always felt that because they gave us ping pong tables and holiday parties that they cared about us.

100 years ago, companies used to shut down for a week or two so the workers could have a guaranteed week off (and the owners could arrange essential maintenance). 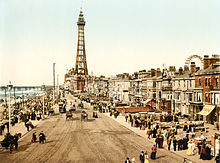 The Wakes Week is a holiday period in parts of England and Scotland. Originally a religious celebration or feast, the tradition of the Wakes Week developed into a secular holiday, particularly in North West England during the Industrial Revolution. In Scotland, each city has a "Trades Fortnight"; two weeks in the summer when tradesmen take their holidays. Although a strong tradition during the 19th and 20th centuries, the observance of the holiday has almost disappeared in recent times, due to...

I also remember Wednesday being a half day, but that stopped happening before I was 10.