You have evidence of this?

Do I have evidence that a substantial minority posses a majority of the wealth in all sectors? I’m going to say that’s a well-established fact. But I didn’t raise a weird claim, you did, and you bear the burden.

Employees are people who work. They get paid to do so. How is that “sucking off the public tit”?

I know, right. Unbelievable that we actually PAY people TAX money for the maintenance and upkeep of our collective needs. Shouldn’t we have shuffled all those jobs off on either corporations which we’ll over pay for their contracts or to non-profits or churches? Can’t a church or employee for a non-profit pave our roads… teachers don’t need to eat right. It’s a privilege we let them have any free time at all… Should THEY be paying us for the privilege of caring for our spawn…

Yes, you can make a difference!

Well, I bought a rental property and I’m not some plutocrat wealth hoarder so yeah.

That’s not what I said or what I’m arguing with you about. I’m talking about your statements about who is buying properties to rent. I know a bunch of folks, including me, who own a second property as a rental and who are just upper middle class.

They need to update that.

I am aware of nowhere where a cup of coffee of any size can be had for even close to 39 cents.

If not now, then when? 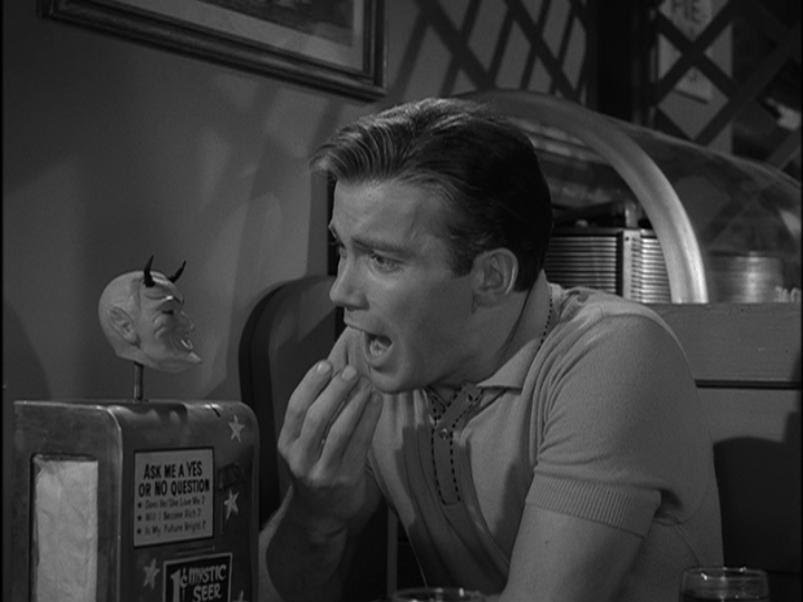 Exactly. The bar for rental properties is much lower than you would think.

Basically, have a good job and good credit. Lots of middle class folks can, and do.

I am aware of nowhere where a cup of coffee of any size can be had for even close to 39 cents.

This gif and that one, are Bill Hader from SNL

And the rent really is too damn high

Relevance, counselor? Unbelievable how I called this (that you’re a landlord) the second you made your first remark, as if the article is really addressing upper middle class people who are trying to tack on a second income. It’s not immediately relevant inasmuch that it doesn’t make you wrong (ad hominem and all that). However, I did say what I said with the assumption (correct, in this case) that you owned property. My point stands: As long as the middle class shrinks and wealth disparity increases, upper middle starts to look a lot like upper. I used to live in a country with very poor people living right next to very wealthy people. I was “upper middle class.” I’m not going to pretend the “middle” part of the phrase was very prominent in that context. That being said, we don’t have quite that level of income disparity in the United States (which is where I happen to be, at least.)

However this article points to a disturbing trend that puts us on track to that reality. I pointed out that the majority of landlords are likely not upper-middle class, since… there’s really no reason to believe that to be true. Most rental properties in the United States are owned by individuals and small organizations, but there’s no breakdown as to how well off these people are. This was something you asserted. I pointed out that is a weird assumption to make based on just you and your friends. I sense you feel like someone is blaming you for the situation. Rent is a complex thing. The rent where I live for instance is driven up by a seasonal boom in leases because of college students. (I actually blame the university for this, since I feel they’ve abdicated a specific set of responsibilities to the community.) The landowners, not simply because they want to rub their evil little hands together and cackle in glee, raise rents accordingly. There are costs associated with leasing out property that go up with demand. Is there an element of exuberance? Absolutely. It’s a capitalist endeavor. Capitalism makes villains of us all. I’ve shopped at Wal-Mart, I’ve contributed my part. Pretending you don’t play a part in the system is naive. You’re not sinless, but that doesn’t mean you’re to blame. Don’t take it so personally.

I pointed out that the majority of landlords are likely not upper-middle class, since… there’s really no reason to believe that to be true.

and I asked you for your evidence and then you went into ad-hominem on me instead of backing your assumption with anything like evidence.

As long as we’re clear that you think anyone that is a landlord is some rich bastard exploiting others, I gotcha. I was just hoping you had evidence and not just an opinion. I’ll just ignore you then as not being someone worth engaging with. Have a good time with it.

Basically, have a good job and good credit. Lots of middle class folks can, and do.

Don’t tell @actionabe. He thinks we’re all with the Koch Brothers or something.

I’ll just ignore you then as not being someone worth engaging with.

Not dead on the money, but illuminating as to whom is buying second homes.

Guess Who’s Buying Up Vacation Homes Like There’s No Tomorrow? The Rich! |...

Those of us in real estate know that when the housing market plummets,  vacation places plummet the most. Second homes are most often discretionary purchases you wait on until you feel flush with cash. Well, get ready. Realtors say second-home buyers...

(I could easily have an investment property or two. I know a guy with 12, and his day job salary is under 100k)

You have evidence of this?

not me, but pew does.

Middle class Americans are now outnumbered by those above and below them and are “falling behind financially”, according to new analysis of government data by the Pew Research Center.
http://www.nbcnews.com/business/economy/middle-class-americans-no-longer-majority-new-report-says-n477651

Your “evidence” doesn’t address that does it? We just have @ActionAbe claiming that there is no evidence that it isn’t true that it is mostly upper class people so therefore it must be true that it is.

Unfortunately, there is no evidence he is correct being presented here by anyone. Anecdotally, I know plenty of people who have bought a rental property and not one of them is “upper class.” They’re people doing well in the current system but not the rich. They’ve saved up for a down payment and then use the rents to pay for the mortgages, hoping that the building will retain value or grow over the (usually) 30 years of their mortgage. In my experience, it is comfortable middle class folks planning for retirement. Now, I am aware that anecdotes don’t prove as data but they certainly offer more evidence than the zero evidence being presented that it is “mostly” upper class people.

capitalism is good at allocating resources

It’s good at allocating resources to your landlord, isn’t it?

[quote=“albill, post:11, topic:70640”]
No need to brand everyone who buys a rental property as some kind of top hat wearing 1%'er.
[/quote]Except I didn’t do that and you’re propping up a strawman argument.

You’re actually doing that quite a bit in this thread.

I thought know you were smarter than this.