Americans are too poor to survive whether or not they're working

Correct, and because his claims are unsupported, you should view them with a bit of skepticism. Its tempting to accept anything which reinforces our prior held beliefs, but we will learn nothing if we dont occasional question from where those beliefs come.

The sweeping generalizations i was referring to were in the linked article, not the comments here.

And im not really trying to troll, im simply challenging readers to question what is presented to them.

In this case, these bad faith arguments are often best described as a form of “agnotology,” a term historian Robert Proctor has popularized to describe the cultivation of ignorance. Proctor studied how tobacco companies spread doubt about the link between smoking and cancer. Rather than directly criticizing the science, they spread messages about uncertainty and doubt to cloud policymakers’ judgment. They say maybe something else was causing the cancer… or maybe the scientific links were there but weren’t, uh, direct enough… or maybe people who are more likely to get cancer are actually more likely to smoke. 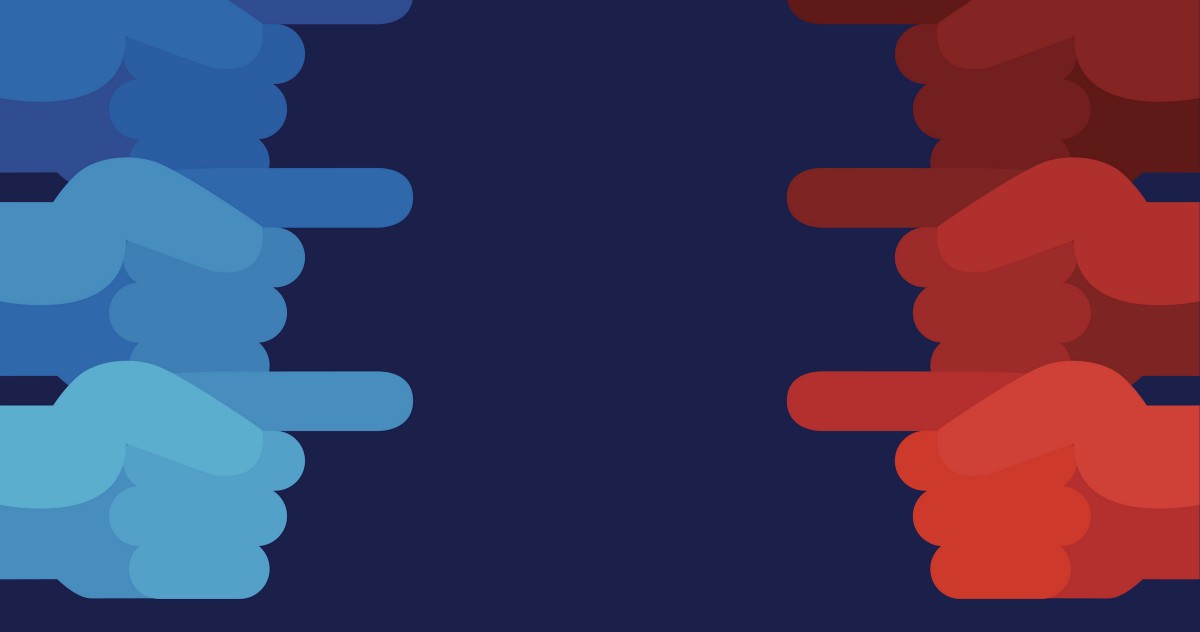 Political culture and especially that on social media, is rampant with bad faith arguments that obscure the true policy at the heart of a debate. But with the right tools, you can outwit them.

You’re not trolling, you’re just stamping [citation needed] on something, without any information as to why you disagree with it. Then, when pressed (stupid me, sorry everyone), you offer anecdotes and homilies about skepticism, while protesting that you’re “simply challenging readers”, otherwise known as “just asking questions”. Yawn.

You’re in for a treat. He’s a wonderful, funny writer (also a well known historian).

dying rich means hereditary aristocracy. Is that what we want?

I seem to remember this being called “working poor” not so long ago.

It covers mostly the same people, but ALICE is the term using this specific methodology. Working poor may be a bad term in places where the incomes are high, but the cost of living is higher.

Only if you take wealth to be the only measure of class.

Inherited wealth ends up being pretty aristocratic when the major political figures are also drawn from and primarily hear from the wealthy.If I call my Senator and Bill Gates calls his Senator despite us both having equal votes and my Senator having a closer reelection race, who do you think will have their call patched through?

Thanks for the recommendation. I’m genuinely looking forward to reading it.

Just be warned parts of the book really do show their age.

Probably best if i stop, but ill say one last thing. Stamping [citation needed] on something is a (semi) humorous way of highlighting the fact that the claim is being made without any supporting proof.

@Knoxblox, the cultivation of ignorance works both ways. If someone is running around claiming that lemon juice causes AIDS, it would be a good thing to point out that they have no underlying facts to back up that claim, a CITATION NEEDED if you will.

Im not an expert, but i do have some knowledge of finance and economics, and what i read and sited was mostly gibberish. Its just a series of scary sounding terms to convince people that there is some evil bad guy out to get them. While there are certainly bad guys out there doing stupid shit in the finance world, they are not more “raiding” your pensions or “decimating your income” than you are.

In any event, ill quite down, not because i have no more to say, but because the difference between challenging the echo chamber and trolling usually happens when i cant stop, so i will.

In any event, ill quite down, not because i have no more to say, but because the difference between challenging the echo chamber and trolling usually happens when i cant stop, so i will.

SO GIVE US SOME EVIDENCE. 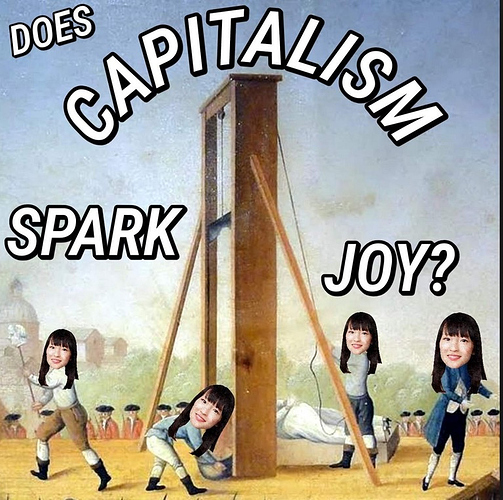 The highest paid employee of United Way Worldwide made about 1.6 million to oversee an organization with about 175 million in annual revenue. If it were a for profit company that would be roughly Amazon. The total executive board of United Way made only about 7.1 million. There is a senior VP at Amazon who made more than that while on a leave of absence.

I didn’t say anyone needs to go in debt. Harold Washington Community College, for example, is free to all Chicago residents who have completed high school (and, you can get your GED there first).

Does a project manager at a financial institution need a BA/BS? no. and we should stop putting such expectations on such things.

My response was to show how an undergraduate degree can, in fact, help someone who is working at a level in the financial world somewhere between your two main reference points, fry cook and neurosurgeon.

Obviously, if someone’s experience of college is mostly drinking, drugs, and skipping class, then no, it won’t help critical thinking skills. But for those who apply themselves seriously, they learn how to be managers and team players, self-directed, research-oriented, and less likely to fall for inaccurate information. These are good things from a prospective employer’s point of view.

Why should I go hundred’s of thousands of dollars into more debt just because someone else couldn’t do those things?

Why should an advanced education require accumulating a large debt? In most of the developed world, this is not the case.

An educated populace is a classical public good. It should be freely available to all who desire it.

Early to rise, early to bed.
In and between I cooked and cleaned and went out of my head.
Going through life with blinders on, it’s tough to see.
I had to get up, get out from under and look for me.
There’s a new girl in town and she’s looking good.
There’s a fresh freckled face, in the neighborhood.
There’s a new girl in town, with a brand new style.
She was just passing through,
but if things work out she’s gonna stay awhile…ba ba bum bum bummmm

That’s the part I find most off-putting. Marginalized groups in the US have struggled and suffered in the same manner due to inequality since way before Weimar. Now that certain people find themselves struggling, “Something must be done.” 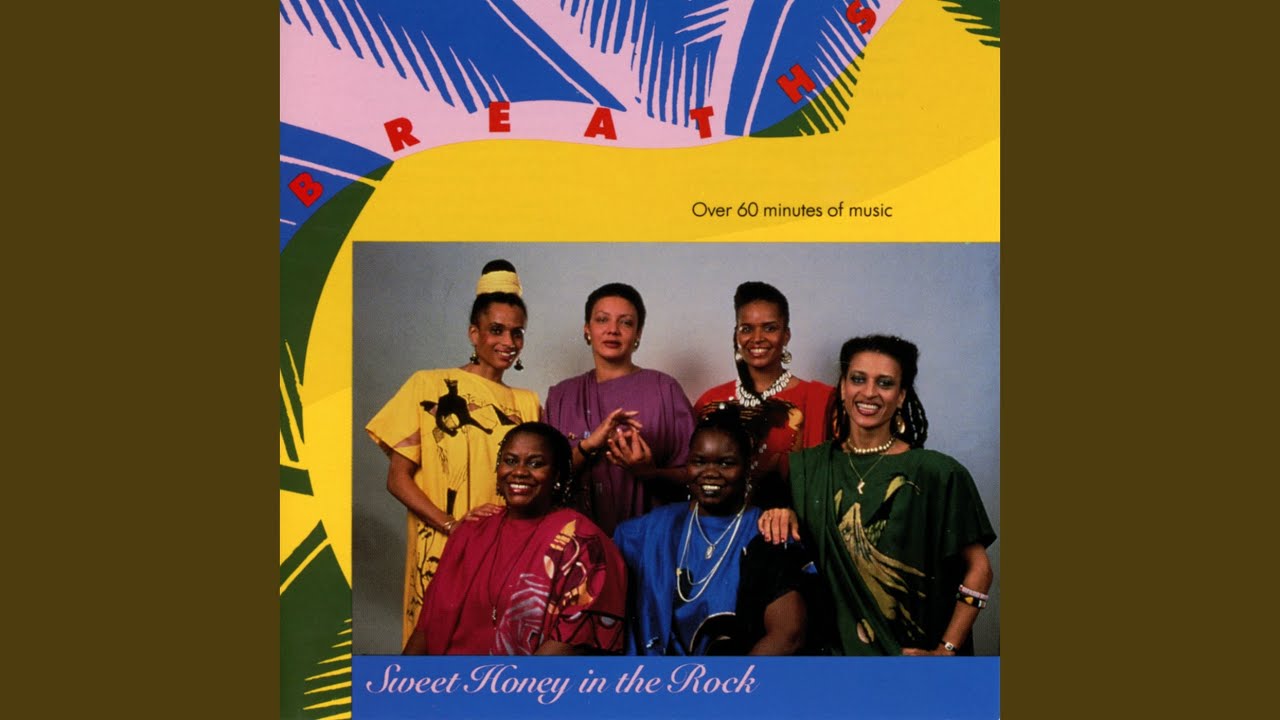 But for those who apply themselves seriously, they learn how to be managers and team players, self-directed, research-oriented, and less likely to fall for inaccurate information.

But not willing to be exploited, and firmly aware that the work contract is a two-way street. Otherwise, it’s just more of this same problem of inequality that got us here in the first place.

That’s the part I find most off-putting. Marginalized groups in the US have struggled and suffered in the same manner due to inequality since way before Weimar. Now that certain people find themselves struggling, “Something must be done.”

Of all the classes that stand face to face with the bourgeoisie today, the proletariat alone is a really revolutionary class. The other classes decay and finally disappear in the face of Modern Industry; the proletariat is its special and essential product. The lower middle class, the small manufacturer, the shopkeeper, the artisan, the peasant, all these fight against the bourgeoisie, to save from extinction their existence as fractions of the middle class. They are therefore not revolutionary, but conservative. Nay more, they are reactionary, for they try to roll back the wheel of history. If by chance they are revolutionary, they are so only in view of their impending transfer into the proletariat, they thus defend not their present, but their future interests, they desert their own standpoint to place themselves at that of the proletariat.

While there are certainly bad guys out there doing stupid shit in the finance world, they are not more “raiding” your pensions or “decimating your income” than you are.

The thing is literally without even thinking I can think of two direct example off the top of my dome- hostess and toys r us.

And tbh I count the whole 09 collapse under this expanded definition, as pensions and 401k’s got hit particularly hard, while the fuckers that caused it are now n* richer, so yeah.

Really, is it somehow not common knowledge to people who follow these matters (experts and non-experts alike) that investment bankers speculating in extremely risky instruments crashed the economy in 2008, wiping out a good portion of many retirement funds in the process? Is it also unknown to these same people that private equity firms and other firms doing buyouts and takeovers have made a standard practise of looting or otherwise screwing over pension funds for decades?

There are many occasions when citations should be requested. There are others where the request indicates ignorance and/or bad faith.

Now that certain people find themselves struggling, “Something must be done.”

See also the opiate crisis, which only officially became that once white communities in the “Heartland” started getting ravaged. Before then, not such a crisis.

Is it also unknown to these same people that private equity firms and other firms doing buyouts and takeovers have made a standard practise of looting or otherwise screwing over pension funds for decades? 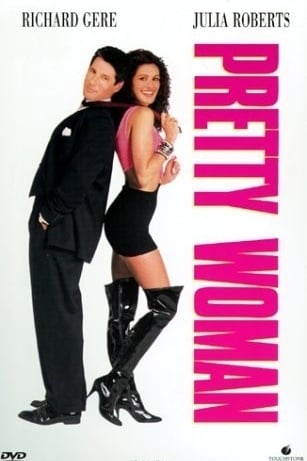 What do you do, Edward? 'Cause I know you’re not a lawyer.

There are four other chairs here.

So what do you do?

What kind of companies?

Uh, I buy companies that are in financial difficulty.

If they have problems, you must get 'em for a bargain, huh?

Well, the company I’m buying this week, I’m getting for the bargain price of about one billion.

Wow. You must be really smart, huh? I only got through the eleventh grade. How far did you go in school ?

I went all the way.

Your folks must be really proud, huh ?
So you don’t actually have a billion dollars, huh ?

No, I get some of it from banks, investors.

It’s not an easy thing to do.

So what do you do with the companies once you buy them ?

Here, let me do that. You sell them.

Well, l… don’t sell the whole company; I break it up into pieces…
and then I sell that off; it’s worth more than the whole.

So it’s sort of like, um, stealing cars and selling 'em for the parts, right ?

Yeah, sort of. But legal.

Worked as a pop culture joke in a 1990 blockbuster romcom

Maybe that’s where I went wrong, by following the alternate philosophy…