Yeah but sometimes you get a stuffed bear!

Yeah! As long as the poor get some enjoyment out of the game, then it’s worth it, and the scammers aren’t doing anything wrong!
/sarc

Leave Rich People Alooooooooooneeee! Waaaaaaaaaah! This is exactly like the Holocaust!

I agree with Reich’s take on the big picture, but he gets some of the little stuff wrong. For example, students certainly can file for bankruptcy; it just won’t touch their student debt. Many students have other debts.

Likewise, homeowners can file too - it just won’t score them a free house. Mortgage debt is secured debt, so there’s something there to repossess. Credit cards are unsecured. So is medical debt - they can’t repo your liver.

If you have a mortgage, chances are good you’ll be forced into Chapter 13. Unsecured debts will quite possibly be marked down or discharged. Secured debt will probably be reduced or restructured. A lot depends on the rules of your local court, and they vary widely.

Bust The Trusts! Now, where have I heard that one before, hmm?

There’s an assumption that these industries should become more privatized and fragmented instead of socializing them. I’d like to question that assumption.

You would think that the 1%ers would know what the correct atrocity is, but maybe you can’t buy a good education in the US after all. The Red Terror was a period of political repression and mass killings carried out by Bolsheviks after the beginning of the Russian Civil War in 1918. Soviet historiography describes the Red Terror as having been officially announced in September 1918 by Yakov Sverdlov and ending about October 1918. However, the term was frequently applied to Bolshevik political repression during the whole period of the Civil War (1917–1922), as distinguished from the White Terror carried out by the anti-Bol The...

Yeah…I don’t think they want to start any discussions about what pre-Revolution Tsarist Russia was like. 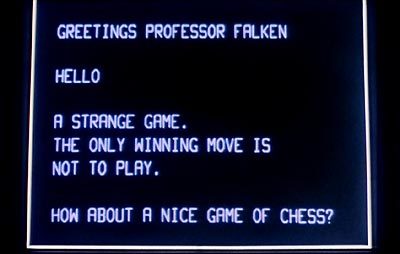 The best way to deal with a rigged carnival game is to not play it, for starts. You and your friends should start your own game.

Bernie Sanders wants to start a fresh game. Why the entirety of BB isn’t feeling the Bern is a fucking mystery.

How do you do that?

I’m feeling it more and more. The turning point came during the Snowden question at the televised Dem debate, and I thought you know, she just doesn’t represent me at all.

If I had to throw a brief axiom out there, I’d say by dealing only with people and groups who are willing to deal with you as an equal - even if they try to make this inconvenient. Learn to negotiate with people and don’t leave the formal structures to others.

It’s not just tax-policy that makes the rich richer and the poor poorer: it’s the corrupt policies

this is what you get when your government is bought and paid for by big corporations.

The best way to deal with a rigged carnival game is to not play it, for starts. You and your friends should start your own game…by dealing only with people and groups who are willing to deal with you
as an equal - even if they try to make this inconvenient. Learn to negotiate with people and don’t leave the formal structures to others.

while i understand the idea and sentiment, and agree with the general ideas…there unfortunately is a HUGE cost overhead (effort/time) to having to work outside the system, so much so that you are typically worse off working outside the system then in a rigged system. it takes a lot of people agreeing to create a new system and dividing the effort in order to get past the tipping point, but then you have another human created system that can and will eventually be exploited…rinse wash repeat.

When is BoingBoing going to endorse Bernie Sanders?

When is BoingBoing going to endorse Bernie Sanders?

I’m not sure that BoingBoing’s ever officially endorsed any candidate, except… I don’t know if it’s real or if it’s a “reprocessed memory” but I think I remember one of the BB contributors congratulating someone for running for mayor somewhere. But they were like friends of the contributor. So… I don’t think that’s much of a big deal.

I can understand why you assume this. But the way I see it, creating society is always a full-time job. This process is integral to the family, vocation, and survival itself. In that respect, it’s not like people have anything better to do!

Human systems should be exploited - by those who devise and use those systems. The main reason why people choose to exploit other people’s existing systems is, I think, because they can’t/won’t make their own. When there is one game people are forced to play, they obviously can’t all agree upon the goals or the rules. When people are encouraged to organize and formalize instead of “leaving it to the professionals”, then there is less motivation for