I don’t get the impression that he hates people as much as generic, thoughtless behavior. If he can keep his business running without fawning to people that annoy him, then good for him.

it is sort of funny that he hates everyone’s generic, thoughtless behavior but his own.

In what way is he generic? Quite the opposite, from all appearances. And how is he thoughtless? He seems to be actively managing his place, to his specific desires.

The gentleman has a problem with “like?” That’s what, like 1970s era usage? 60s maybe? Hey you living people, get off my lawn! 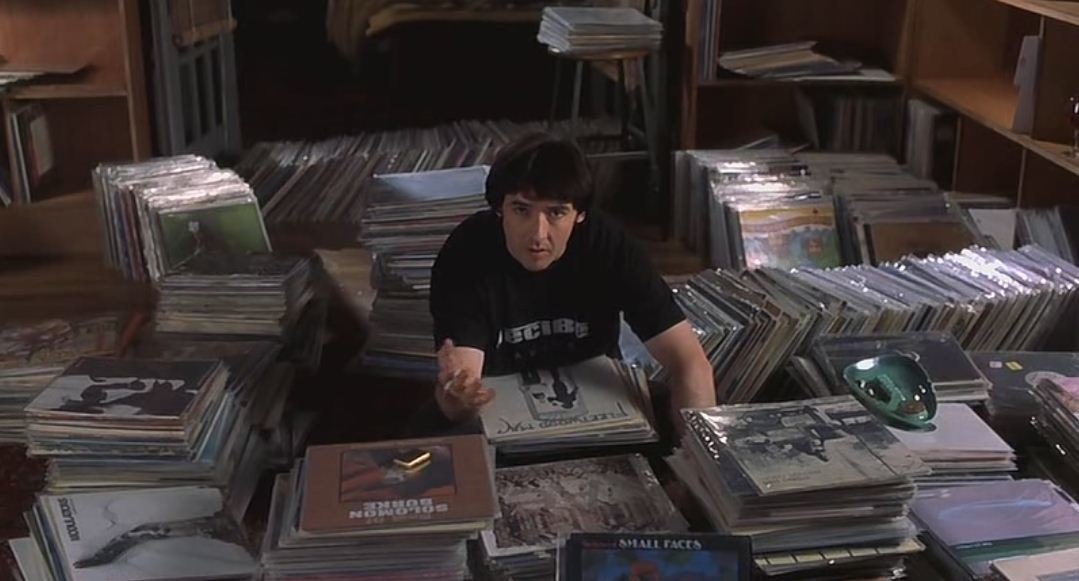 Why your local record store employee became an asshole boing

i don’t know, it seems pretty clear to me. his behavior of harshing on people he knows nothing about and generalizing about them based on some words he overhears, or categorizing them based on books they read/are looking for is just as generic and thoughtless as what he accuses people about.

Yet his customers are loyal and describe a person who is friendly and has a great sense of humor. He’s certainly not someone who hates people. Not suffering fools gladly is a plus, in my book. He just makes clear what he’s not willing to put up with, and people can take it or leave it. The generic can go get their books at Borders, or generic places like that where their idiocy will be indulged. God knows there’s no shortage of them.

I don’t let computer books in here because they are obsolete the day they’re printed.

As to romance novels - they are kind of a low end commodity.

That there are businesses that thrive with the managers acting like a-holes astounds me.

I swear that folks go to my sister’s restaurant just to get abused… The local conservative church members (she calls them The Cult) seem to be the most loyal.
She’s a curmudgeon, but she’s also generous and caring - she just hides it well.

I wish we could put up a sign like that where I work. I’m constantly amazed at the barbarians who think it’s perfectly okay to pick up a book and just leave it on some random shelf anywhere in the store where it might not be found for days. It’s a big store and I know people might have a hard time remembering where they found it (or be too lazy to go all the way back there), but for fuck’s sake, there are employees all over who would gladly take it from them. I’ve even seen people who haven’t moved from the spot where they picked up the book set it back in the wrong place, and found books that had been placed on the shelves backwards or upside-down, as though they don’t even know how books work.

Our customers tend to be very nice people and are a joy to interact with, which makes their inconsiderate behavior a bit mystifying. I’ve always put things back where I found them in stores, even before my retails jobs gave me a perspective from the other side. It’s hard to believe the vast majority of people don’t have even an inkling of that consideration for others, and I don’t blame this guy for being a little bit cranky- I imagine there’s only so many years you can endure this before you feel the urge to call people out on it.

Ebook Romance novels can be found on Amazon for under $5, and many actually free, by the tens of thousands. I tried to sell a few paperback romance novels to Half Price Books a few years ago and they wouldn’t take them. I suspect the reason he gives for not buying romance novels is just to maintain his reputation, and the real reason is that they just don’t sell well enough to justify carrying them.

Agreed totally. Software changes so rapidly that computer books become obsolete practically as soon as they come out. Even programming languages. Most of the Basic languages are dead by now, and most developers* don’t use C++ anymore because of C#. Think about it: if a computer book is in a used book store, it’s because its original owner no longer has a use for it.

I still have books about Windows 3.1 and CGI sitting around somewhere.

I’m not sure I’d want a used romance novel. Regardless, aren’t they all pretty much interchangeable?

What about books in languages other than English? I have many, but no used book store will buy them back.

*I use it all the time, but I’m not a developer.

A sure sign that you are over the hill is when you bring your old college textbooks to a used bookstore and they tell you that they are too out-of-date. One that they rejected from me was The Mabinogian, a book that hasn’t been updated in 800 years.

This is where I get a bit curmudgeonly. I may not read romance novels myself but I’m not gonna look down on those who do, especially since the Romance Writers Of America supports libraries and annually names a Librarian Of The Year.

and why I hate MS “My Documents” and their whole file structure so much.

It’s the who chummy personification with the use of “My” that pisses me off. If it were just “Documents” I’d probably use the d**n folder. But I don’t, for spite of “My”.

Do you have a concept of irony, or do you send your shirts to a service?

I feel like everyone is entitled to run their business however they like, and if they are able to do that and stay in business, then more power to them. But this article did sting a bit, because there is a high likelihood of me using the word “perfect” in a bookshop.

The greatest joy of a used bookshop is finding that book that exactly satisfies your current needs (needs that you didn’t even know you had until you found the book that satisfies them) for just slightly less than the amount of money in your wallet at the time. What other word is there to describe this situation?

I believe that is the reason they finally dropped the “My”

The “MY” was originally put there in a time when windows machines were being networked like never before and it let you know that THIS folder was YOURS on YOUR computer.

Do I have news for you! It’ hasn’t been “My Documents” since Vista.