When talking about American deaths, where do you put the GOP on the list of threats? Won’t Trump-don’t-care plan or allowing more pollution or denying global warming kill thousands or more?

These are the kind of people who have the misguided notion that the Second Amendment was intended as a suicide clause for the Constitution and who are eager to (often literally) pull that trigger. If any significant demographic other than white Christian middle-aged cisgendered Americans had been behaving that way over the past quarter century the country would be in the throes of panic about their terrorism.

Wait a moment… this … “factual information”… goes against my narrative that Islam is the most dangerous ideology known to humankind!!! Gaaghghghghh the cognitive dissonance!!! Quick, get me back to my 8chan echo chamber before I suffocate!

White supremacists are the greater terrorist threat - but they go almost entirely after black and brown civilians, not police, so the police don’t care as much. Also a small but non-trivial percentage of police appear to be white supremacists themselves…

It was back in the Clinton years we all agreed to ignore right-wing terror. That’s because the media has a well-known Liberal bias. Any criticism of Conservatives is proof of this, and unfair, and sad. Also, those militias are just good ole boys, never meanin’ no harm.

they aren’t brown…clearly there is no threat here. move along.

An analogy (and it’s no more than an analogy, not an identification) is the Ghost Dance in the 19th century US West, the Taiping rebellion inQing China, the Simba rebels in the 1960s Congo. These and many other cases are attempts to come to terms with a future racing at them which they fear (rightly) will eradicate much of their familiar lives. If you want to allow the increasingly isolated brand of pseudo-Christianity, and a sort of literal, fundamentalist approach to the words of the “constitutiionalist” scriptures, to fill in for magic spells to turn bullets away the analogy gets extended.

Most of these are bundled with other anticolonial revolts; what separates them is the dependence on faith and a vague approach to actually possible outcomes.

According to the alt-right, we’re not allowed to compare Timothy McVeigh with Islamic terrorists or anything else because … aliens … or something. 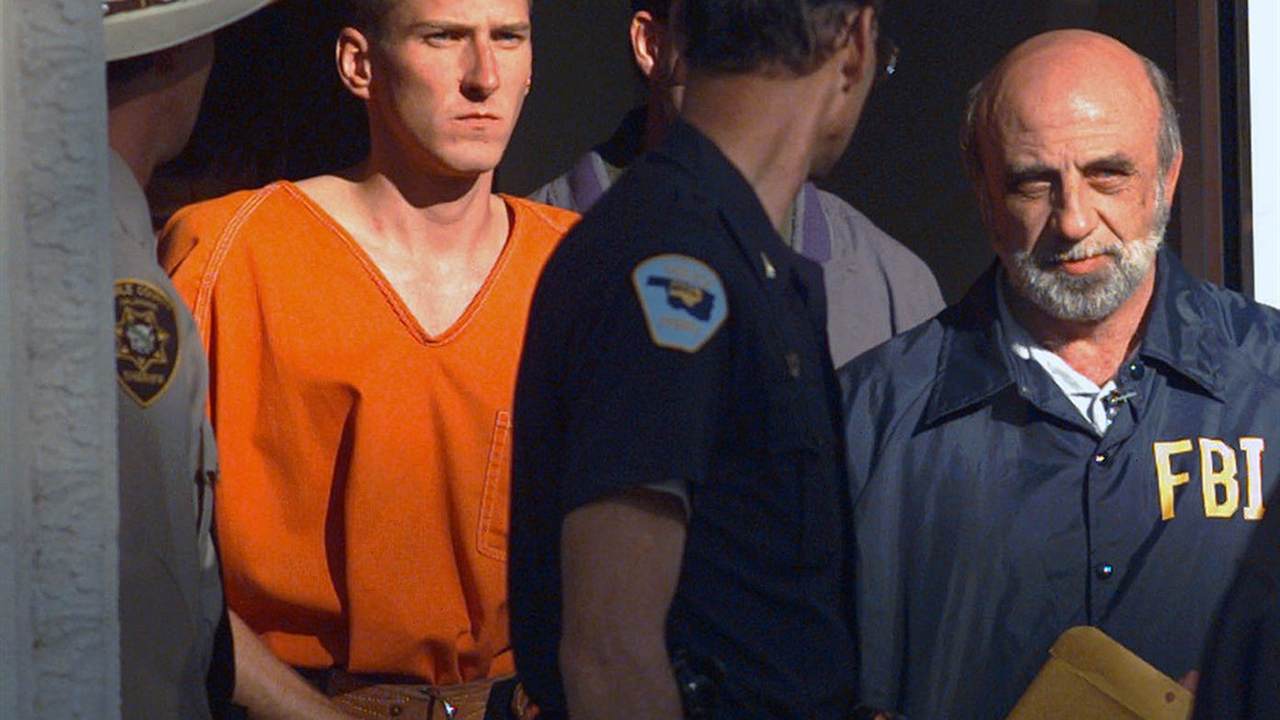 Is Timothy McVeigh More Dangerous Today? When Did Western Media Become the PR...

Every Islamic extremist act of terror is an opportunity for some radical Islam apologist to remind us how most Muslims did not slaughter any innocent people and how the Islamic faith played absolutely no role in the attack, even if the perpetrators...

If you look at our long history of proppng up brutal right-wing dictators in service of keeping left wing movements out of power, you can go back a lot further than that…

My former VP of our HOA went that route “sovereign citizen”, he lost his job / wife & kids / home. All that said, he is free now, of many things.

It may not even be that small. It seems to be a significant problem popping up in police forces around the country. Also the whole “Promise Keepers” thing indicates there’s overlap between the (racist) anti-government position and, paradoxically, law enforcement. So these people shooting cops are, ironically, probably only a few degrees of separation away from cops themselves, in terms of their politics.

a future racing at them

I don’t think in the case of the Ghost Dance it was about “the future” as much as it was about imperialism and colonial violence. Their lives were literally being threatened by whites who wanted their land. These were people being forced to integrate and being threatened with literal extermination. I’d suspect similar with the Taiping and the anti-colonial movement in the Congo.

Ahh thank you! That’s like a salve to my soul. I was feeling very uncomfortable. Wow. Okay. Breathe in and out slowly. 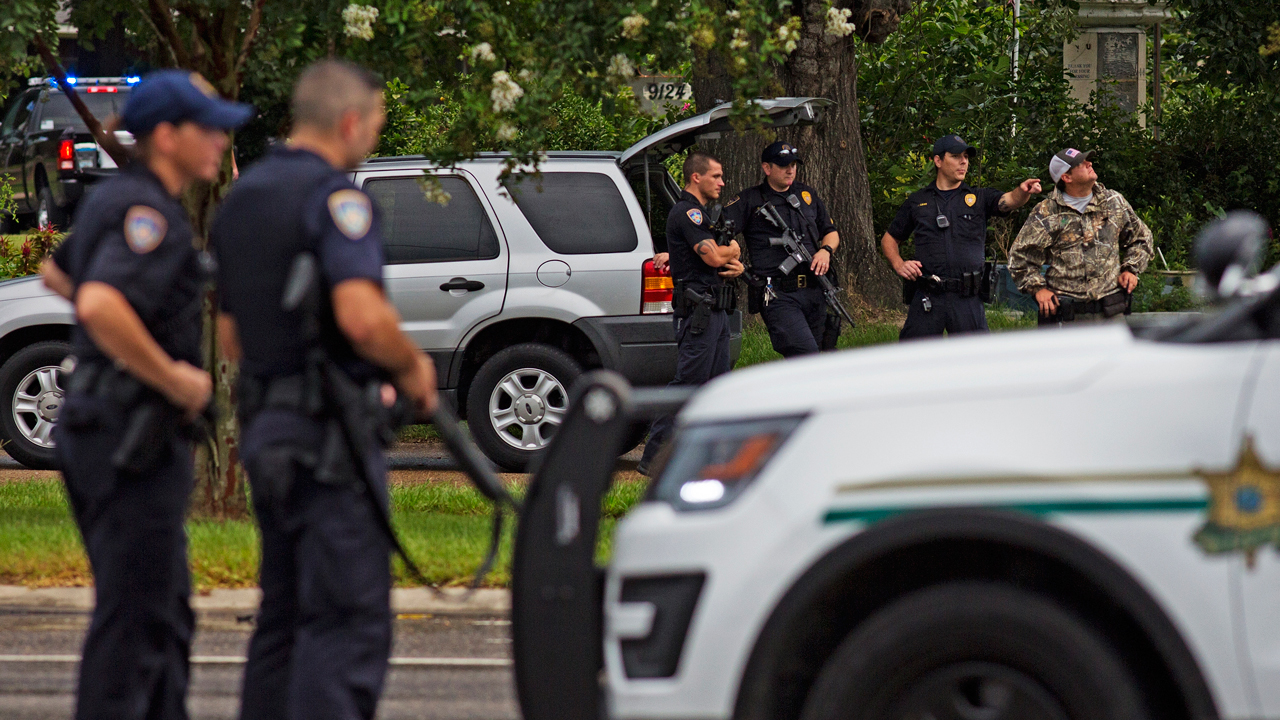 The man who killed three Baton Rouge police officers over the weekend was a member of a black antigovernment “sovereign citizen” group whose members believe they are indigenous to the United States and beyond the reach of the federal government.

These guys are batshit crazy, but not necessarily racist. Let’s stick to disliking them for what they are - there is no need to add extraneous descriptions.

These guys are batshit crazy, but not necessarily racist. Let’s stick to disliking them for what they are - there is no need to add extraneous descriptions.

“Adjacent” isn’t the right word, because it’s really a case of overlap between “sovereign citizen” militias and racial supremacist/nationalist/separatist groups (usually white supremacist, but on rare occasions nuts like this racist “Moorish” group that borrow from them). It’s all part of a Venn diagram of angry craziness that also includes overlaps of MRAs and Confederate revanchists and religious fundies and gun nuts and highly confused Libertarians.

“There is still racism and bigotry,” she said. “Some of this is situational. If there are two members of your 12-person militia who are black, who are conservatives, military veterans, whatever – they are your brothers. You would kill for them and you would die for them. But two black guys in Ferguson, on the other side of the political spectrum – if there is a hierarchy of hatred, they are as low as you can get, lower than animals.”

I have to question why it is appropriate to call them “racist”. If a person in one of these groups considers like minded blacks to be their brothers and other blacks to be their enemy then I think the main cause of their hatred is not race (even if they were to use the N word). I think if we say hatred = racism then we make it harder to talk about racism and what causes it and what we can do about it. Also, let’s talk about what makes this movement so repulsive. Their solution to their perceived problems with government is not to vote good people into office, it is not to work hard to correct problems, their solution it is to go around shooting people. There is no good aspect of what they do, they are evil people full of hatred.

Do you think that a person saying about their black friend, “well, you’re one of the good ones” means that they’re not racist? Because that’s pretty much what they are doing with their black members, they are the exception, not the rule.

But that’s what you’re doing here, that because some of them don’t focus primarily on race and in fact sometimes embrace some black people, that they aren’t motivated at all by racism. Racism is a deep part of the structure of American culture, going right back to almost day 1.

There is no good aspect of what they do, they are evil people full of hatred.

I don’t know if it’s hatred they are full of. I suspect it’s more complicated then that.