USB2.1 mentioned in the article does not exist.

The type of device mentioned is perhaps OK for casual use.

But for best results, it’s worth referring to equipment buying advice and techniques on digitalfaq.com and videohelp.com

Why would anybody need an external analog-to digital device to convert DVD to a digital video file? DVD already is digital and the intermediate step will degrade the quality. How about just sticking the DVD into the drive of your desktop (or the USB-connected drive on your notebook) and using one of the cheaply/freely available ripping programs? No quality loss and the speed can several times faster than real-time.

I just finished digitizing a bunch of old VHS tapes we discovered in a box (some of them are video transfers from 8mm footage from the 50’s with my Grandma and Grandpa - cool) and I had to route the RCA from the VHS through an old Canon Elura DV camcorder and then out from there with a Firewire cable that could plug into the old MacBook which still sported those connections. Geez. But it worked. Now I’m gonna try and up-rez the whole mess and “enhance” the footage as best I can.

Some people have train sets.

Warning: I ordered the “convert-your-tape-cassettes” product advertised here & by the time I got around to opening it, I found the necessary software was on a tiny disk that was bootable on exactly none of my devices. Check specs carefully before you buy – apparently BB doesn’t do that.

yeah I bough a cheap device very similar to this off amazon a while back that did not work on my mac at all. definitely check the software/OS compatibility etc.

that was what I assumed. In the past I had used a cheap device and quicktime worked to import it. Not now. I’m not sure if the device sucked or if mac Mojave stopped supporting such devices… I ended up using a more expensive device made by Blackmagic and even that didn’t work with quicktime… fortunately they had their own software which was updated and it did work when using that…

Sounds like a fun project. If you have any experience scripting, AVISynth is a great free option to work with video filtering.

If it’s a tape you recorded, yes, it works. Any commercial tape probably included MacroVision and will pretty much be impossible to copy without much higher end equipment.

The reason that MacroVision worked for VHS to VHS copying was because it messed with the signal attenuation on the destination machine causing the picture to get all screwy. If you’re capturing the direct feed, it will record as it’s seen (unless what you’re saying is that the recording device will fall prey to MacroVision’s tricks which I haven’t run into - but maybe I’ve just been lucky).

Over the years I’ve tried a whole bunch of devices like this and I always run into the exact same problem: audio is never in sync with the video in the digital files, and the longer the video is, the worse the sync becomes.

You can buy a pretty cheap device (sometimes called a stabilizer or clarifier) that will remove copy protection. basically copy protection is encoded in the video just out of frame. these devices replace that with blank space. I got one for like 10 bucks on ebay:

If you have a really problematic tape you may need a “Time base corrector” which rewrites the time code and keeps playback speed from screwing up… this comes in handy if the tape is old and worn out. This helped me with a couple tapes that had glitches. But in my experience, a couple tapes were just un-savable. A good reason to convert sooner than later. Magnetic tape will degrade over time…

I did some more reading up on VHS copy protection and such and came across this great explainer:

It goes deep into copy protection and how to defeat it.

Quicktime is and always has been trash. That is the source of your problem. Whatever functionality the Quicktime program has is an afterthought, when you boil it down this is just Apple’s weird, useless and difficult to work with proprietary video file format. That is very much not what I meant by “video software”.

I dunno. I use quicktime 7 all the time. (the older version had more funtionality and I think you can still download it) You can paste together a couple video clips or replace or add an audio track with regular copy and paste hotkey functions - and export in a variety of formats not just quicktime… various mpeg etc… sometimes it’s easier and quicker than any good video editing software I have. It can’t do a lot of things but for some basic things it is just easier. I wouldnt call it “trash” by any means. And yeah in the past I was able to import video from digitizers with it. Im not sure what happened but I’m guessing the new OS doesn’t support it because that’s really all I changed.

It can’t do a lot of things

Like work with basic, commonly available equipment? Which is not a new problem. I spent enough time working in video (and going to film school) to have gotten Quicktimed repeatedly. It’s one of those formats that when you run into it you just sort of say “fuck”. I can’t remember a time when I was handed Quicktime files to work with an it actually went well.

I’m talking about the app. not the quicktime file format. the app can export in a lot of formats. in fact one way i use it a lot is if i need to quickly extract the audio from a video clip, edit the audio in a separate program and then paste it back onto a video clip. It does it those kind of things really quickly. 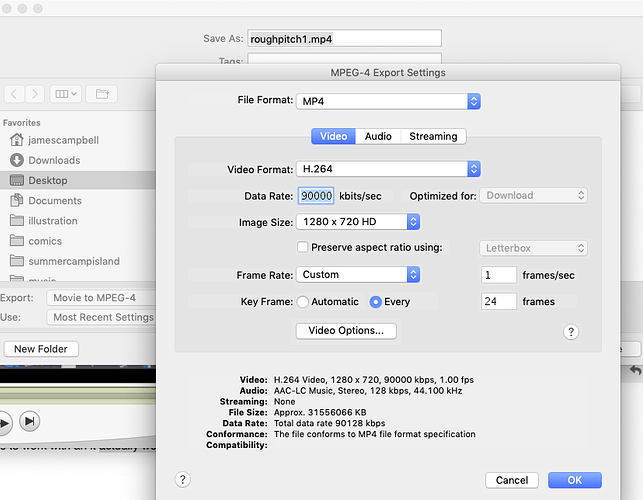 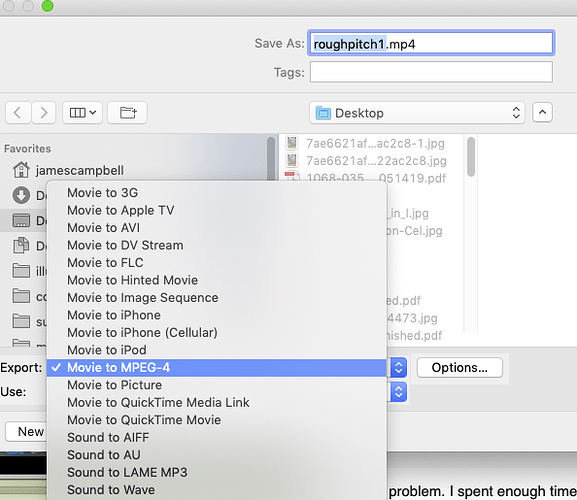 but whatever. my point was that it doesnt seem to work with some of these cheap devices, so buyer beware. make sure you get something that works with your OS.

Yeah working with Quicktime files (or producing them for those that require it) in anything but a MacOS station using Apple owned Final Cut usually results in turning files into something else first. Which can require use of the Quicktime app. Like I said its not unusual for it to just not work with perfectly functional equipment. I’ve seen it not recognize decks and cameras that are recognized by other software on the same system, even Apple’s own software. Back in the day it was the sort of thing that was best avoided. These days thay’t easily done since most encoding software can spit out or recognize the format.

So my point is. That it may not be an OS compatibility issue but a Quicktime one. It wouldn’t surprise me if these cheepo devices had crap for drivers and only cared about Windows. But they should just be routine video devices so default from the OS drivers should make them work, and the fact that you had the same issue with a name brand device could mean its not a problem of base compatibility.

Yes but will it convert my mp3s to digital? I’ve been wanting to do that for a long time.