Originally published at: Angry Democrat ranting against his own party is relatable but only helps the GQP | Boing Boing

It’s useful if the party sees it, so they know people are not happy with them. Waiting until the election is even less productive.

Warner and Beyer have done literally nothing for their constituents. Unless you are a defense contractor or an airport.

Yeah Dems suck for the rest of us in Va.

What have they done? More air traffic (noise and pollution), an Amazon HQ, Boeing HQ, a Raytheon HQ, on and on. People have told them what they want but guess what big money rules and they get richer somehow.

Not cathartic at all, we the people are getting fucked.

It’s important that the pols hear what the voters want - instead of the reverse.

People are angry and frightened. You want support? That’s a two way street. Not saying that you’ll win - but that you’re willing to do more than beg and chastise your base.

What the hell do you expect when millionaire Democratic leaders beg for donations to defend women’s reproductive rights while campaigning for an anti-abortion candidate? The DNC has been rudderless for at least a decade, and that has helped the GQP so much more than any cathartic rant ever could.

A simplistic characterization of our political parties is that those on the left want change while those on the right want to preserve the status quo. I feel like currently they are just the opposite, with the right pushing aggressively for change (albeit regressive change) while the left is constantly compromising to preserve the status quo (and getting drawn to the right in the process). How many more times do Democrats need to get burned before they figure out Mitch McConnell can never be placated?

Fun that I saw this one right after I saw @frauenfelder 's post about Nancy Pelosi’s fundraising mail. I understand the sentiment here but I think that it’s misguided and fallacious. We can be multiple things at once: I’m personally frustrated at Republicans while also upset at Democrats. I know who is really at fault, but I also know that blame is to be shared.

The conclusion from this guy’s cathartic rant isn’t that his anger at the Democrats will drive him to inaction. It’s that Democrats need to do something to prove that they are actually representing those who vote for them, beyond half-pushed laws and impotent mild disagreement. It is completely reasonable and completely feasible that Democrats could have done something, anything, to bolster many of the rights under attack right now. They could have done it under Biden. They could have done it under Obama. They could have done it under Clinton, and even the hypothetical Hillary world. It doesn’t mean that this guy is going to stay home and not vote, nor does it mean that this guy is going to suddenly become a Republican. Democrats shouldn’t be scared of voters like this guy; they should be scared of voters who do not raise their voices and let Democrats’ silence in the face of demands for governance that is good for those who voted for them be met with their own silent turning away. And opinions like this one that wring hands at the worry that we are attacking the wrong people? It’s really overlooking the bigger stuff and what is at stake, both now and in the future. 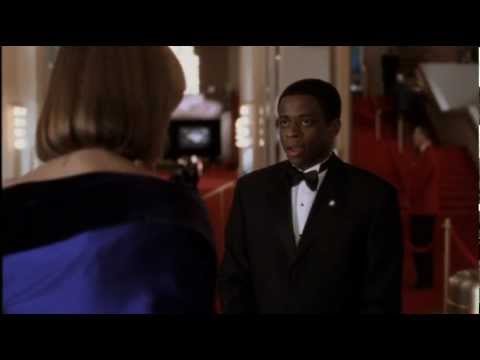 I’m just scared. Maybe the motivations of voters have changed and will be different. But as much as Hillary sucked, I feel like all the talk about her flaws caused trump to be elected. And as bad as she may have been in many ways, we might have two or 3 more liberal judges on the court right now and we’d be in a totally different place. There’s gotta be a balance there in making sure democrats know we want them to actually do something and yet realizing how important a democratic majority is. I hope they get their butts in gear.

People are angry and frightened. You want support? That’s a two way street. Not saying that you’ll win - but that you’re willing to do more than beg and chastise your base.

This. I just responded to a fundraising email with pretty much the same sentiment as this video. Less ranting and blend in a bit more “wake up and smell the coffee, you can’t reach across the aisle with fascists” but remarkably similar in content.

People are angry and frightened. You want support? That’s a two way street.

But but corporate donors.

They do not care. (Enough)

But as much as Hillary sucked, I feel like all the talk about her flaws caused trump to be elected.

I feel like the 24x7 broadcasting of Trump’s message by every single media outlet had a lot to do with it, too.

Clinton spent $1,184M and Trump spent $617M (some of which was simply funneled back into Trump transport and hospitality companies; the campaign was very effective at converting political donations into private profit), but thanks to his ability to fascinate media (particularly anti-Trump media, who gave him millions of dollars worth of coverage for free) he received almost twice as much airtime despite spending half as much.

He isn’t wrong. It is like someone failing to do their job and then asking for a raise.

People are pissed and angry and giving you $15 will do nothing to fix that. Maybe if it was a Democrat running against a currently seated Republican it would make sense.

And he is also absolutely right that entrenched Leadership is bad for the nation. Term limit them. Get some people under the age of 50, for crying out loud.

Are we sure this doesn’t help the cause? Because there is a long history of policing people’s tone based on what is supposed to help, and it all seems to be wrong, just excuses to shut criticism up. The Democratic party are not the Nazis pulling the world to hell, but there are still legitimate reasons to be angry at them too, and my guess is pretending otherwise does no real favors.

So, telling the Democrats that they’d better start actually fighting the Republicans if they want the public’s continued support… helps the Republicans? Uh huh. And just quietly lowering our heads and tossing another $15 to the party that’s been politely asking the fascists to please maybe stop tearing apart our country is the path to certain victory, I suppose. Yeah, they may be limited in the scope of what they can actually get passed, but they’ve been treating all of this as business as usual ever since Trump was elected, like an out-of-touch grandparent who thinks “this internet fad” is going to pass any day now. They need to be calling out Republicans for their openly criminal behavior at every opportunity, instead of stoically standing by because they’re afraid to be uncivil to white supremacists, insurrectionists and misogynists. It’s been half a decade, but THIS IS STILL NOT NORMAL, and it’s really, really not okay to pretend it is.

If we had ranked choice voting, the Dem candidate in every race would be at the very bottom of the half of my list that wasn’t right-wing idiots. They have been the party of wringing their hands and compromising for way too long and I am fucking tired of this. We need a healthy, rabidly insane super-far-left party to drag the discourse in this country back to where the entire rest of the world thinks is “the center” and the Dems just completely quash anything vaguely left of Reagan. 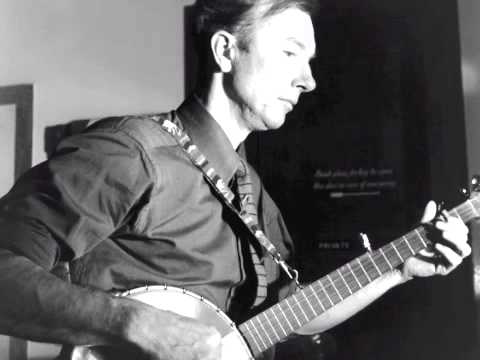 yes, we can donate to politicians we think are best suited to fight the fight.

Pelosi ain’t one of those politicians. The Dem party establishment she’s a “leader” in isn’t, either. Since they don’t seem to understand that potential donors expect to see some real fight and urgency and planning, it is indeed helpful for them to hear reactions like this to their pleas for money and support.

Are we sure this doesn’t help the cause? Because there is a long history of policing people’s tone based on what is supposed to help, and it all seems to be wrong,

Almost every Dem President I can remember going back to Kennedy told advocates privately and publicly to keep the pressure on them and then used that to change public opinion and shift the Overton Window.

Representation is supposed to be about people’s voices being heard. Not about silencing people.

Shut up and eat your spinach, pols.

I disagree entirely with this take. We have been too silent for too long. We have allowed the loud mouthed christo-fascist minority to dominate the debate on almost every topic. They are the ones showing up to protest public health mandates, protest fair and honest elections that don’t go their way, protest teaching historical accuracy because it hurts their feelings. Their protests are small in comparison with left-wing ones I’ve seen historically, and small compared to the George Floyd protests, but they SHOW UP.

Nothing changes if we sit on our asses and donate another $7 to multi-millionaires and billionaires. And here is what I tell them when I respond with declines to their breathless, soppy, insane emails demanding I give them more money: campaign law written by you and the Republicans has been structured such that you can loan yourself as much money as you need, and get it paid back after the vote is in; therefore, you clearly do not NEED my money, but you do NEED my vote. My vote you earn by your actions, not demanding I send you, a rich person, money. Finance yourself, but you damn well better take actions to earn my vote.

Keep emailing them. Keep protesting. Keep ranting in public. This should be a summer and fall that they never forget the American people are watching them closely, and keeping our wallets closed until we see action on their part.